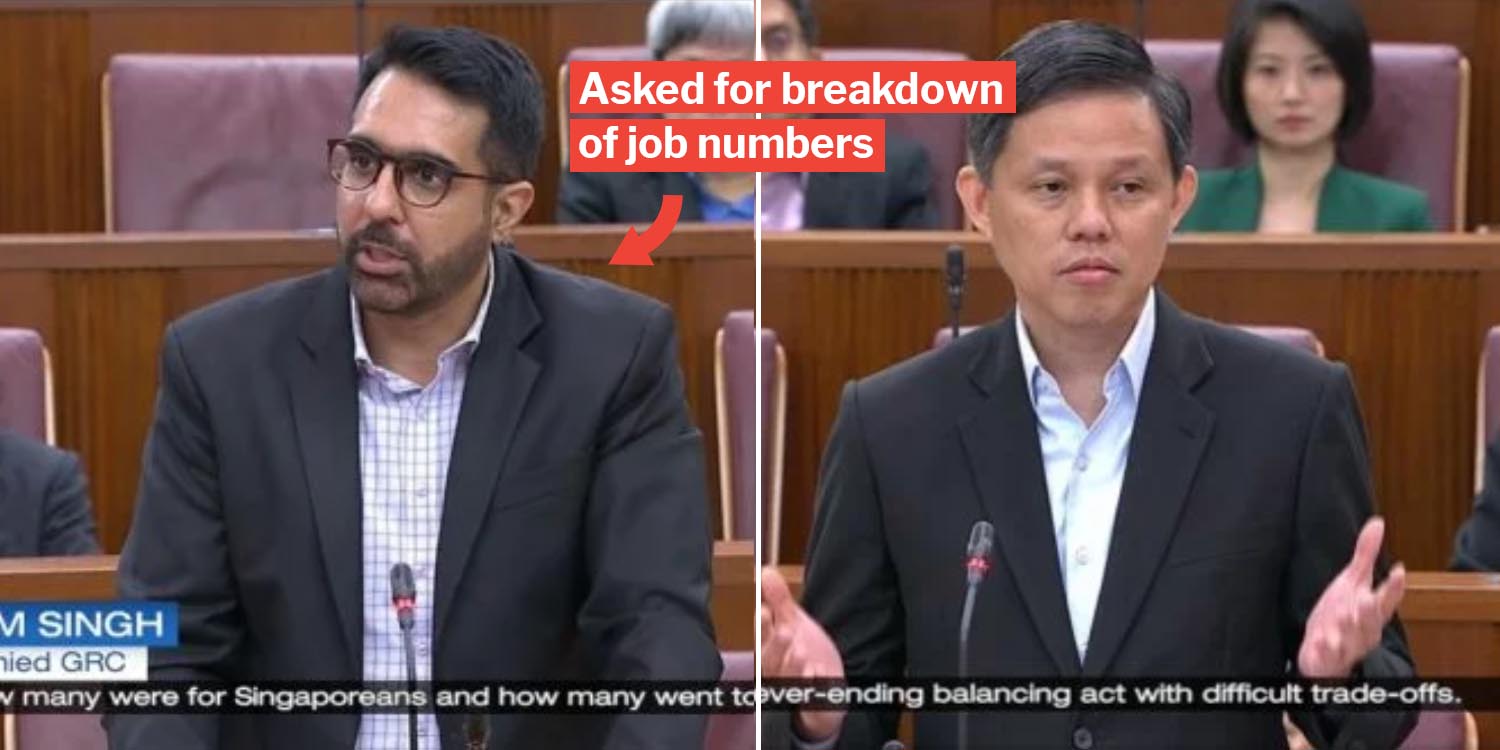 Turns out Parliament is a lot more entertaining than you would have guessed.

Trade and Industry Minister Chan Chun Sing wasn’t having any of it. He spent a whopping 30 minutes trying to address those questions, as reported in TODAY Online.

In an incredibly entertaining smackdown, which you can view here, Mr Chan questioned Mr Singh’s motives for pressing the point.

He later stressed the takeaway lesson, which was Singaporeans have jobs – good jobs – and that sowing discord along national lines was only going to weaken prospects for everyone.

It all began when Mr Singh initially tabled a question in Parliament asking for the statistics regarding the number of jobs created under the government’s Industry Transformation Maps (ITMs).

The ITMs are long-term plans aimed at boosting growth and competitiveness. Essentially, they’re kind of the national equivalent of your New Year’s Resolutions.

Except these are real. And they will actually benefit you.

So basically, not like your New Year’s Resolutions at all.

Businesses looking to deliberately exclude qualified Singaporeans would be punished with stiffer penalties, further reinforcing the point that Singaporeans are the focus of the government’s employment policies. 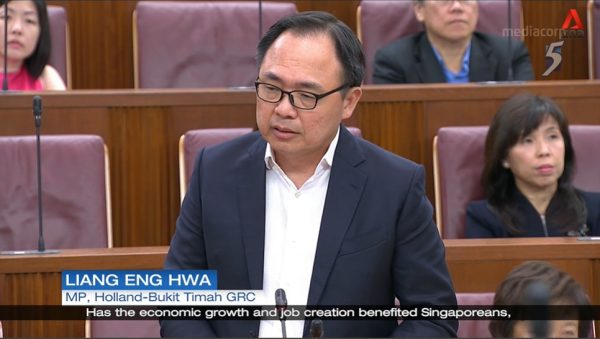 Mr Chan then stood up to give a half-hour long speech to answer them.

Focus has always been on training Singaporeans to lead

Mr Chan said that finding a balance between locals and foreigners in the workforce is a longstanding challenge for the government. 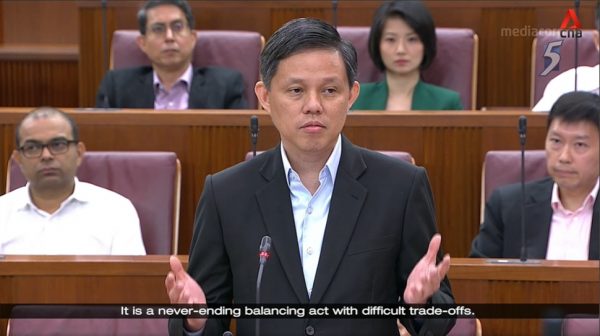 He stated that foreigners who are currently employed in higher and better-paying positions than Singaporeans are only short-term, economically-motivated arrangements.

Furthermore, he stated that the government was committed to ensuring that Singaporeans benefit from these short-term gains and receive sufficient training so that one day, they can replace their foreign bosses.

Cue old Chinese proverb about suffering now to enjoy the fruits of your labour later.

Not one to be easily pacified however, Mr Singh continued pressing for numbers, specifically about the ratio of Professionals, Managers, Executives, and Technicians (PMETs) who were Singaporeans versus those who are PRs. 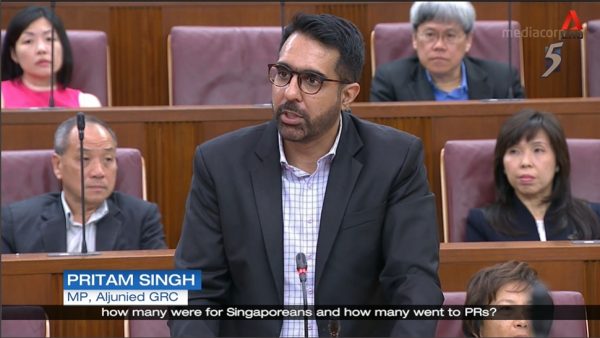 This is where Mr Chan decided to put his foot down. He said,

I don’t think we have anything to hide. We have just shared the data…We can get you the numbers.

He also went on to saying,

But let me say this: What is the point behind the question? First, has local unemployment increased with all these efforts? The answer is a resounding ‘no’.

Mr Chan stated that local wages are rising faster than other countries, and that Singaporeans are definitely benefiting. 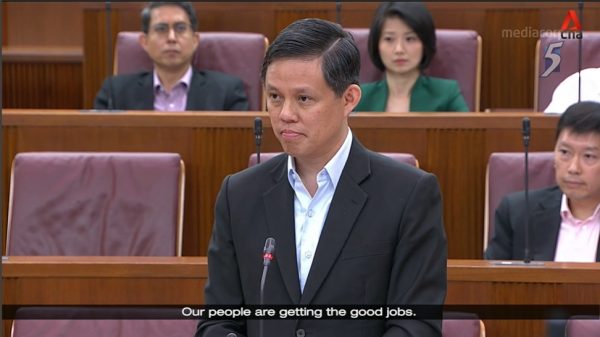 He cautioned against the potential disunity sowed by statements that seemed to pit Singaporeans and PRs against each other.

He gave a reminder that the divide isn’t between Singaporeans, PRs, or even the foreign workforce.

Instead, we are all on Team Singapore. Everyone has a part to play in reducing unemployment, and giving Singaporeans the best chance possible on the global stage.

Division is not the answer

With the elections coming, foreign employment is shaping up to be a hot-button issue yet again, especially with certain unsavoury incidents still fresh in our collective memories.

We would do well to remember not to resort to divisive rhetoric.

It still comes down to us to work hard to make use of the government’s measures. All the jobs in the world won’t matter if we’re unwilling to take them. Blaming others isn’t going to make us look any better either.

Still, it was entertaining to see two heavyweight politicians spar about an issue close to Singaporean’s hearts, and it’s encouraging that they’re taking it as seriously as us. We think they did well to keep things cool too.

All things considered, it could have gone worse.