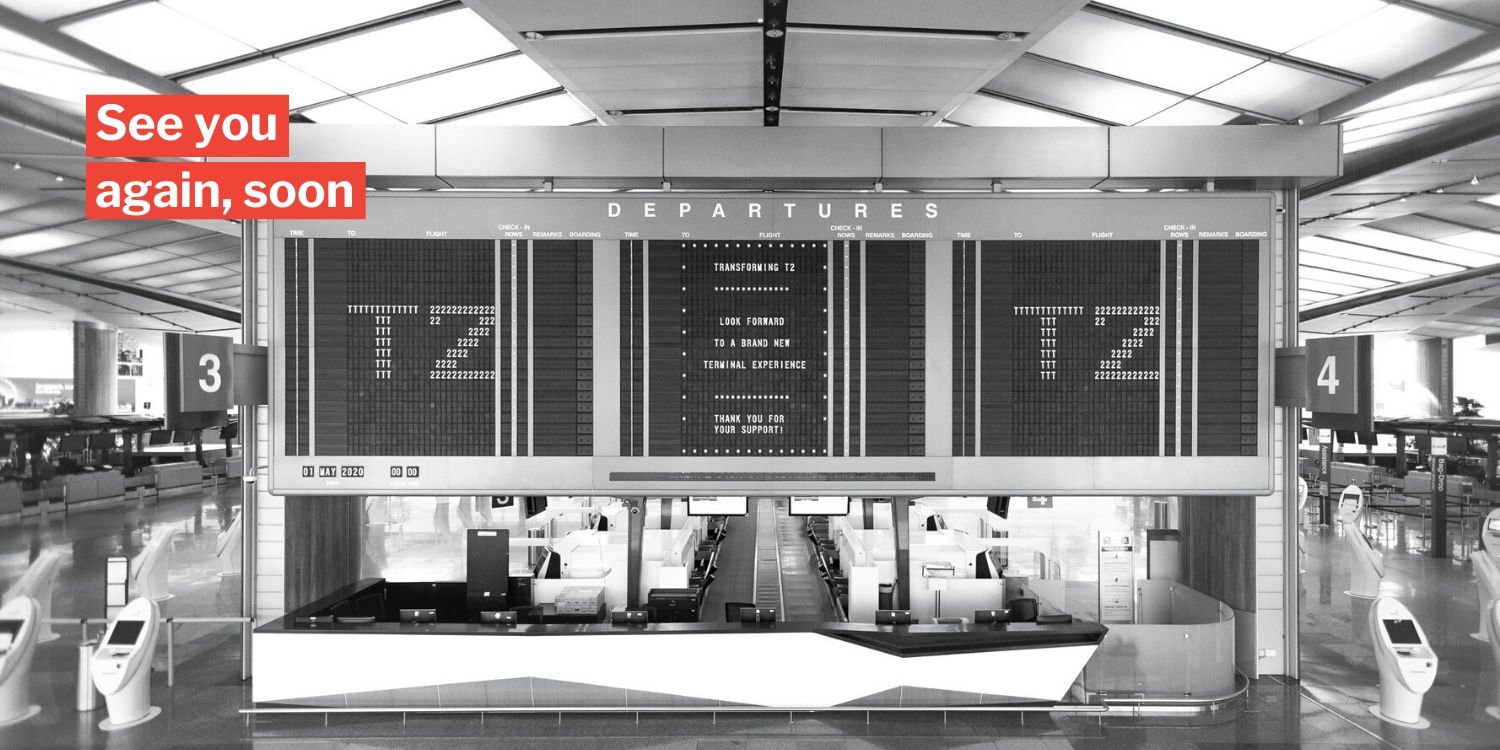 All good things must come to an end.

It’s always bittersweet when a well-loved hangout closes down, especially one that you’ve visited many times while growing up.

It’s time to say goodbye to another national icon, as Changi Airport’s Terminal 2 (T2) closed for upgrading for 18 months on Friday (1 May).

To make the separation even more emo, Changi Airport posted a series of photos and a video on Facebook to remind us of what we loved about T2. For Singaporeans, Changi Airport isn’t just an airport, but an internationally acclaimed facility that we don’t just use for travelling.

Many of us remember studying in its comfy, spacious and air-conditioned public areas, hanging out in its many dining outlets and food courts, and shopping in its stores. Since Jewel Changi Airport opening, the airport has become even more of a hotspot for mall-worshipping Singaporeans. 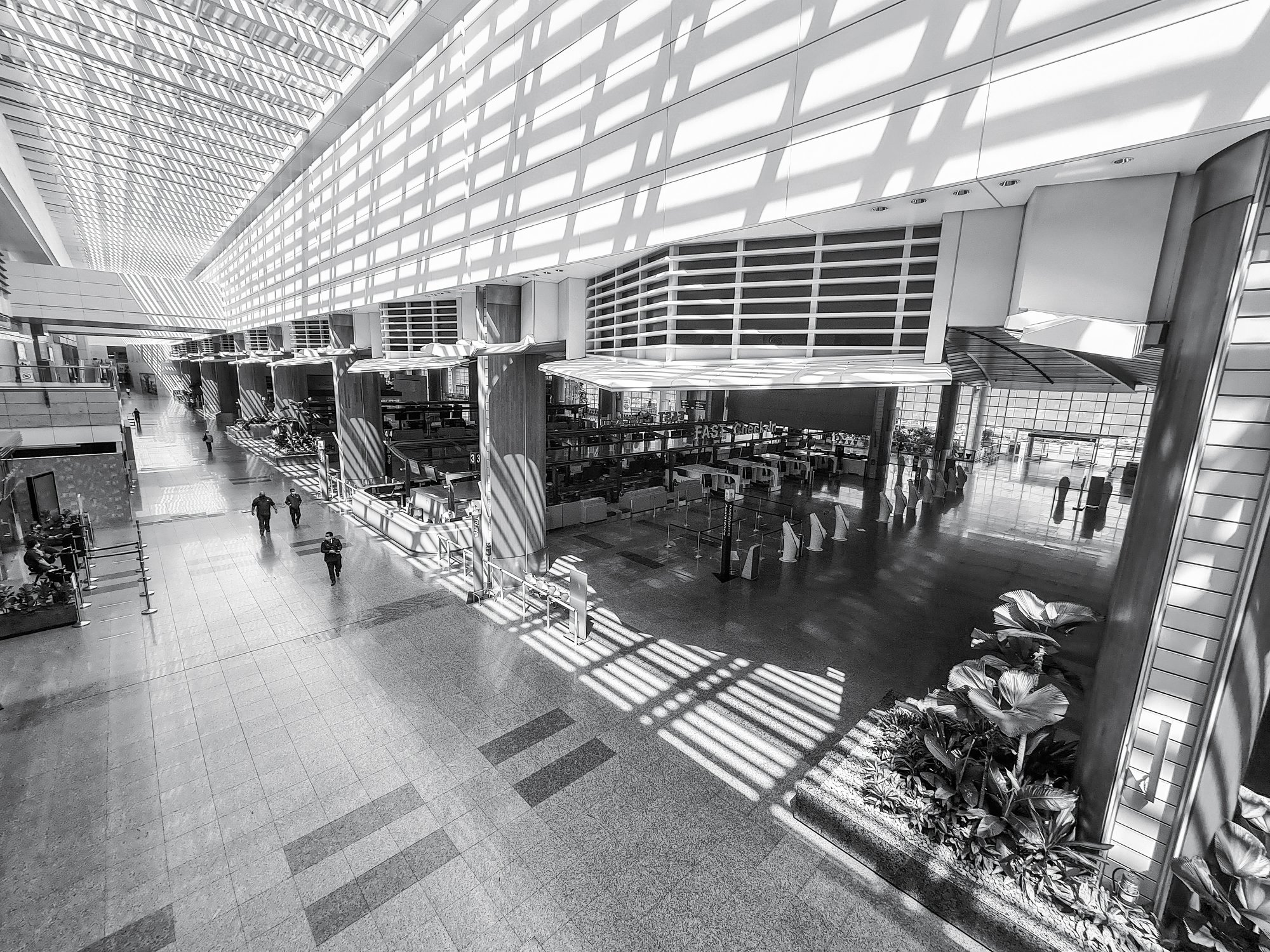 Thus, undoubtedly we would have many memories of T2, even if we didn’t actually fly out from there that often.

Knowing that it has a place in the hearts of Singaporeans, Changi Airport has produced an emo video bidding it goodbye for now.

Can you believe that T2 has been around for 30 years?

That’s what Changi Airport said in its Facebook post on Thursday (30 Apr), the day before T2’s closure.

In its video, Changi Airport referenced the well-loved Solari boards, which were the last of their kind in Singapore.

MS News reported in March that while one of the boards will be on display at the Heritage Conservation Centre as part of Singapore’s National Collection, the other will remain at Changi Airport as a display piece.

It’s unclear what will happen to the board displayed at Changi Airport as T2 is closed down. 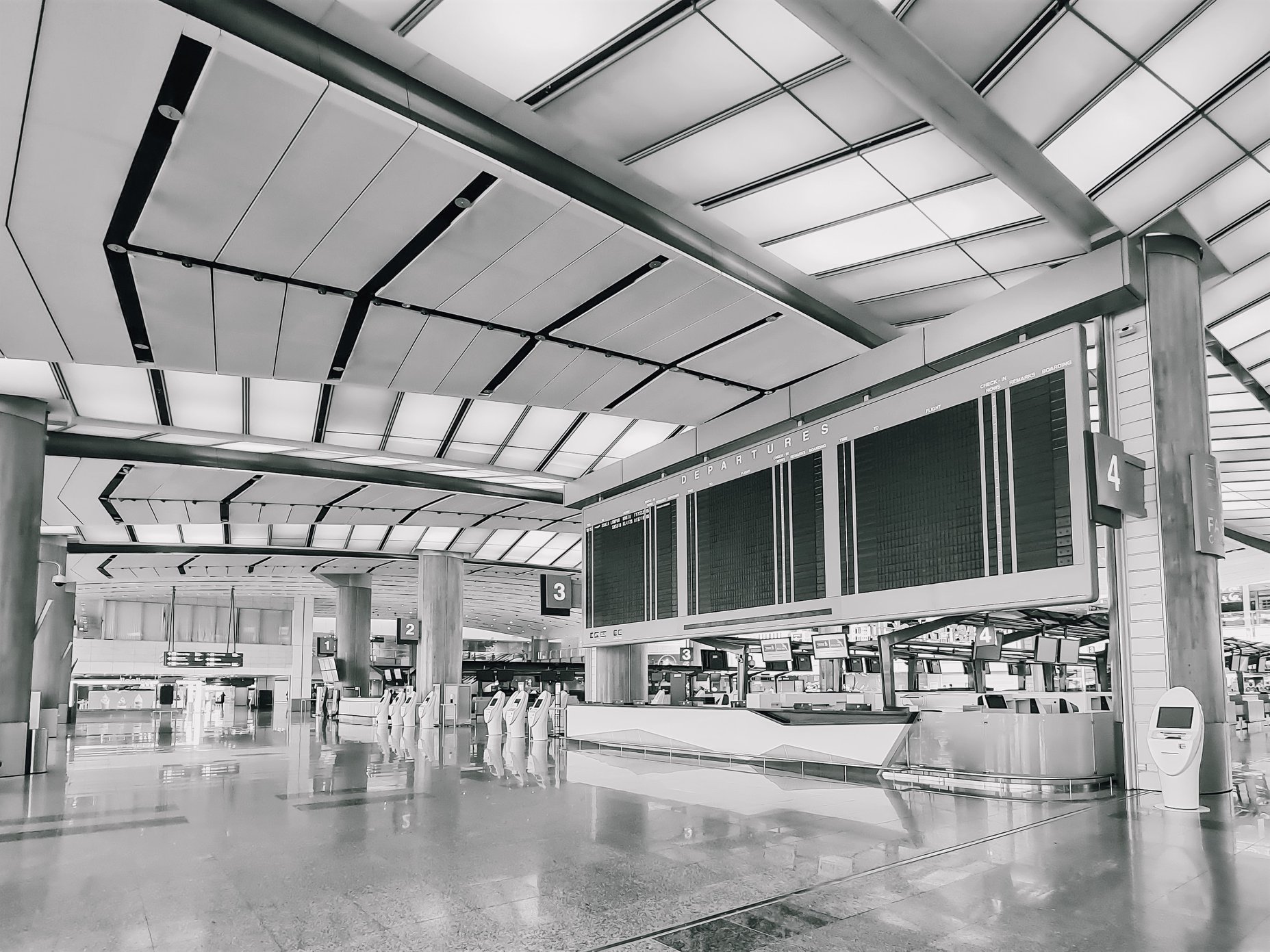 Dining options will be missed

Besides the Solari boards, Singaporeans will remember the iconic McDonald’s outlet, which closed down on 31 Jan after 16 glorious years. 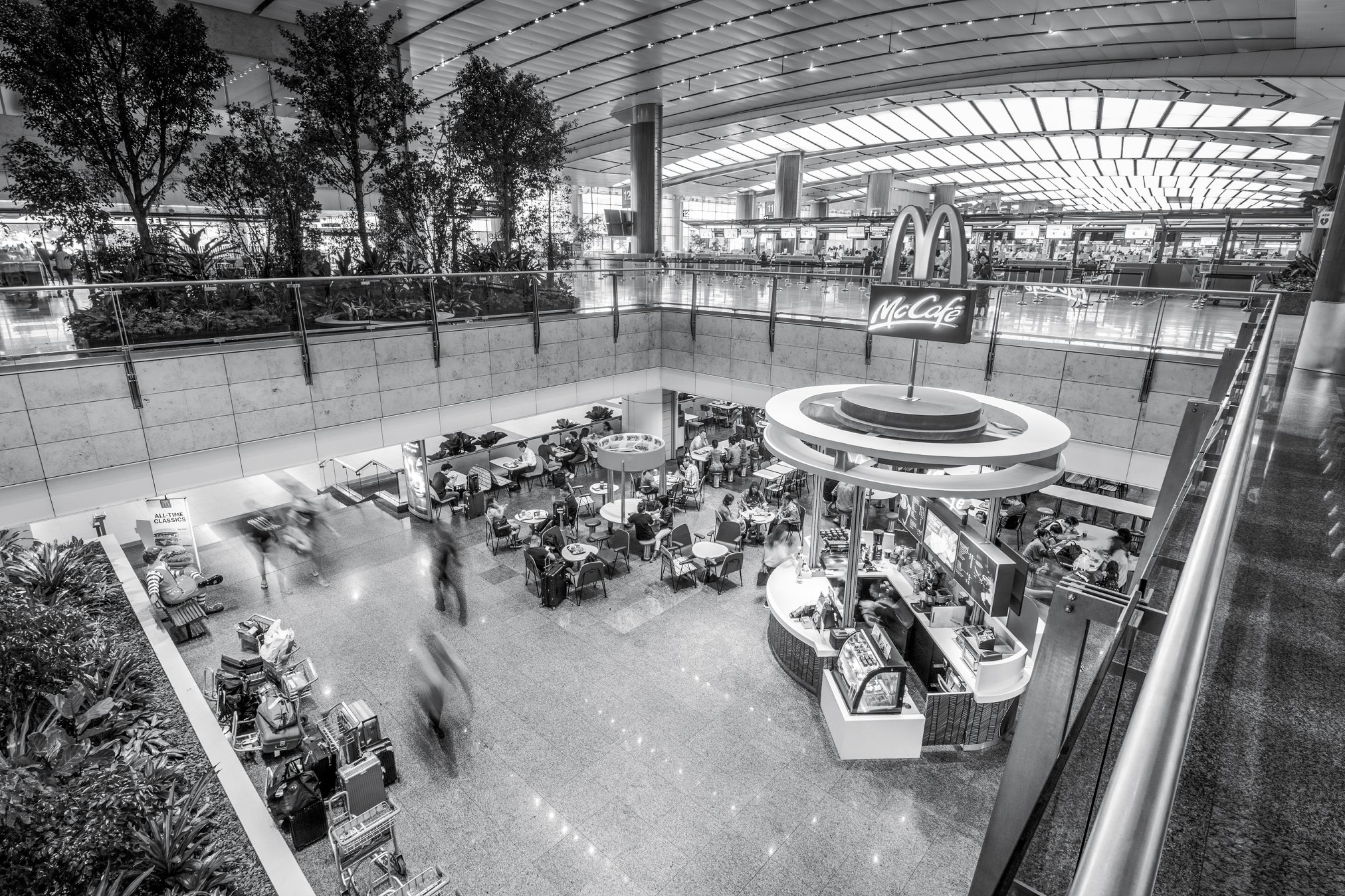 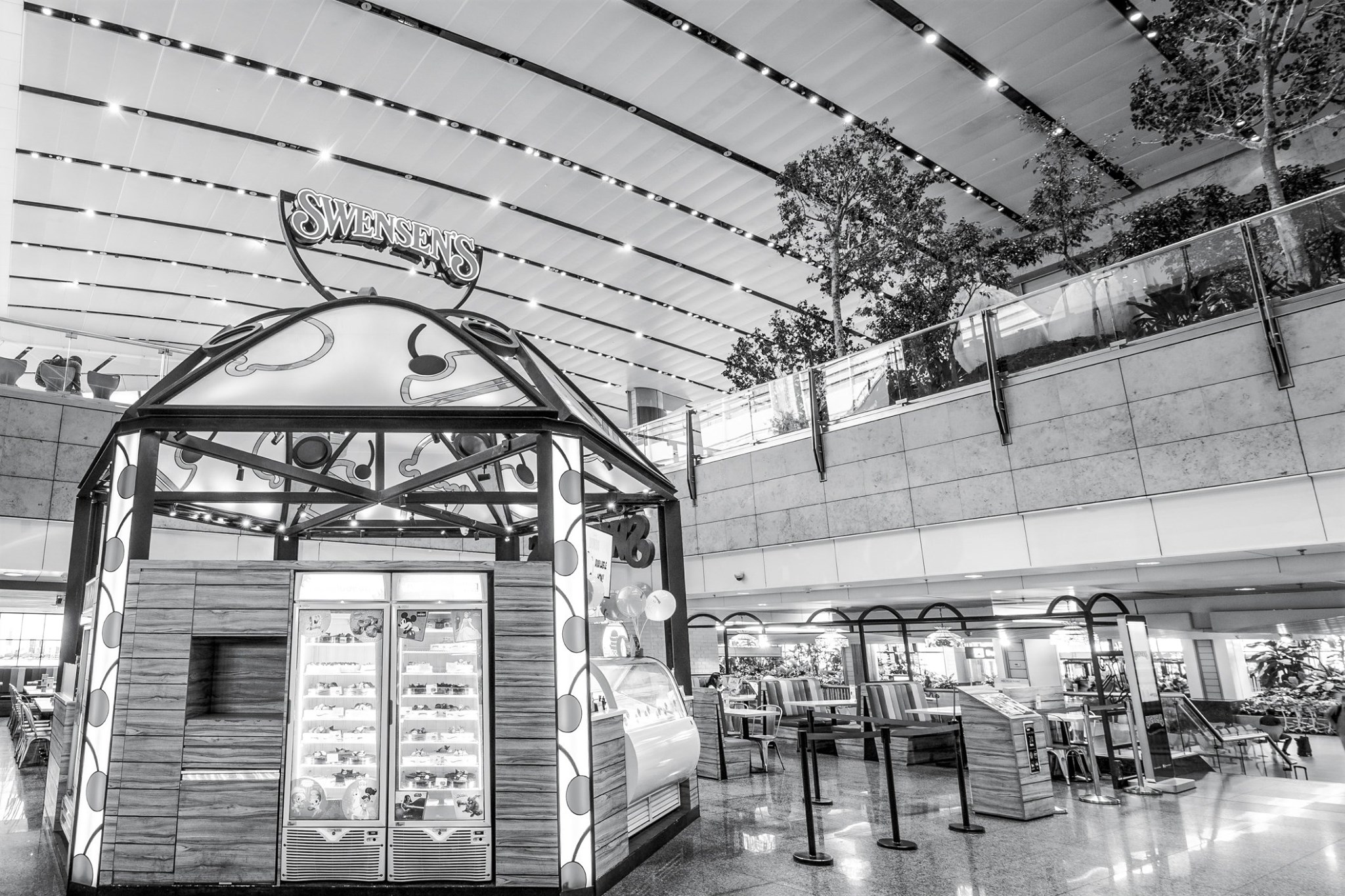 Among the many dining options in T2 was also a “secret” option for those on a budget: The Kopitiam food court that can be accessed via the carpark.

Technically a staff canteen, it was also patronised by members of the public who wanted an affordable yet no-less-delicious meal. 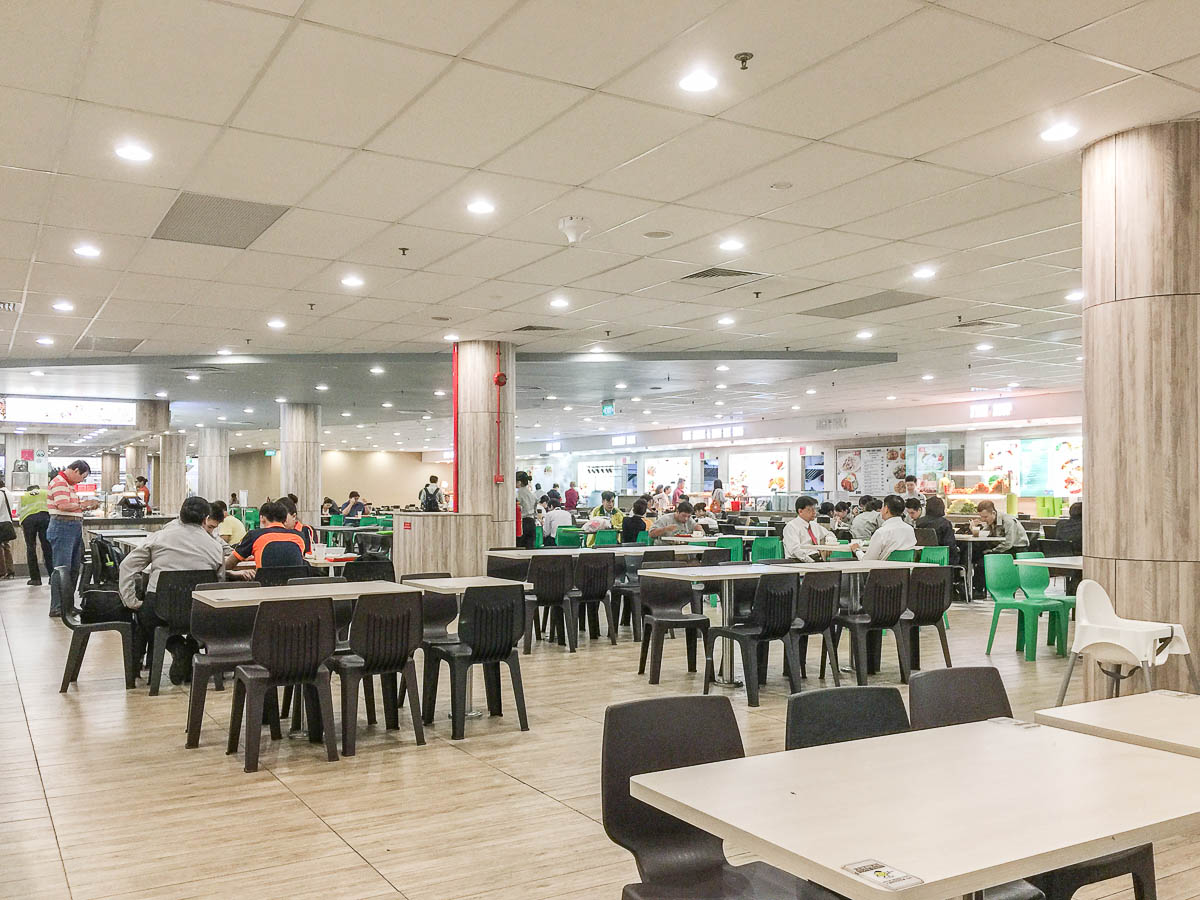 Back to nature with Sunflower Garden & Orchid Garden

The builders of Changi Airport have always recognised that an airport in the Garden City can’t just be filled with concrete and glass — elements of nature also need to be present.

That’s perhaps why T2 had a famous Sunflower Garden on its rooftop. It was a place for travellers to get out from the air-con and bask in the daylight, while taking some Instagram-worthy photos and watching planes taking off.

T2 carried on the floral theme in its Orchid Garden, which was at its transit area.

The garden even hosted the Dendrobium Changi Airport, a royal purple and warm yellow hybrid that was specially created and named for the airport. T2’s departure hall was also a work of art — we’ll always associate it with its distinctive leaf-like roof design. 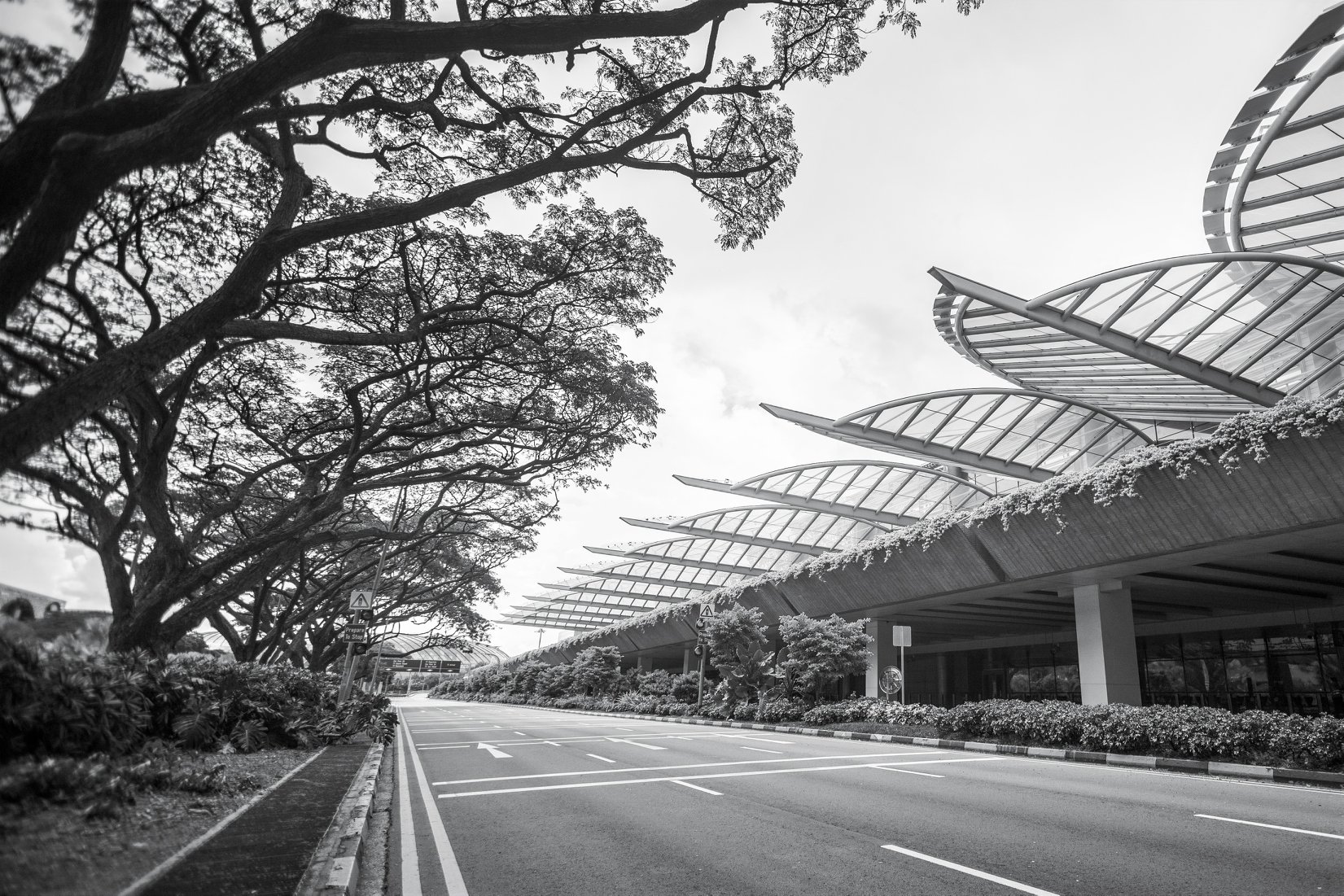 T2 also had a cavernous viewing mall, where people could take part in the perhaps old-fashioned activity of watching the planes come and go. As we look forward to what T2 will look like when it opens after upgrading in Nov 2021, we can’t help but look back with a tinge of nostalgia at what we remember about T2, and the good times we had there. 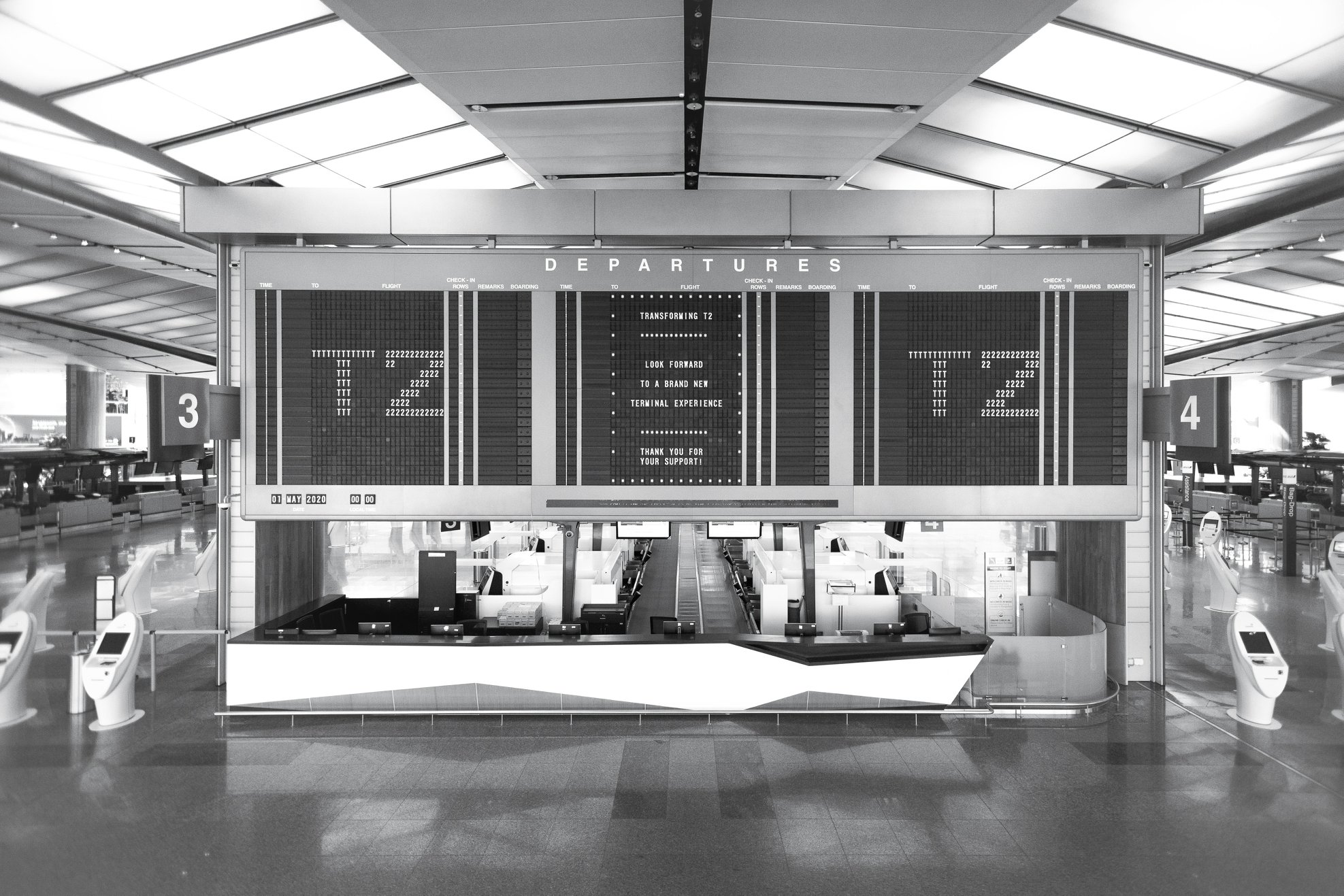 As with all good things in Singapore, they all must come to an end though, as we march inexorably towards something new.

Changi Airport has been a bit quiet nowadays due to the Covid-19 pandemic, so it’s a good time for T2 to go for a facelift too. Let’s hope by the time the new T2 opens, Changi Airport will be back in the full swing of things once more.

We will meet again.