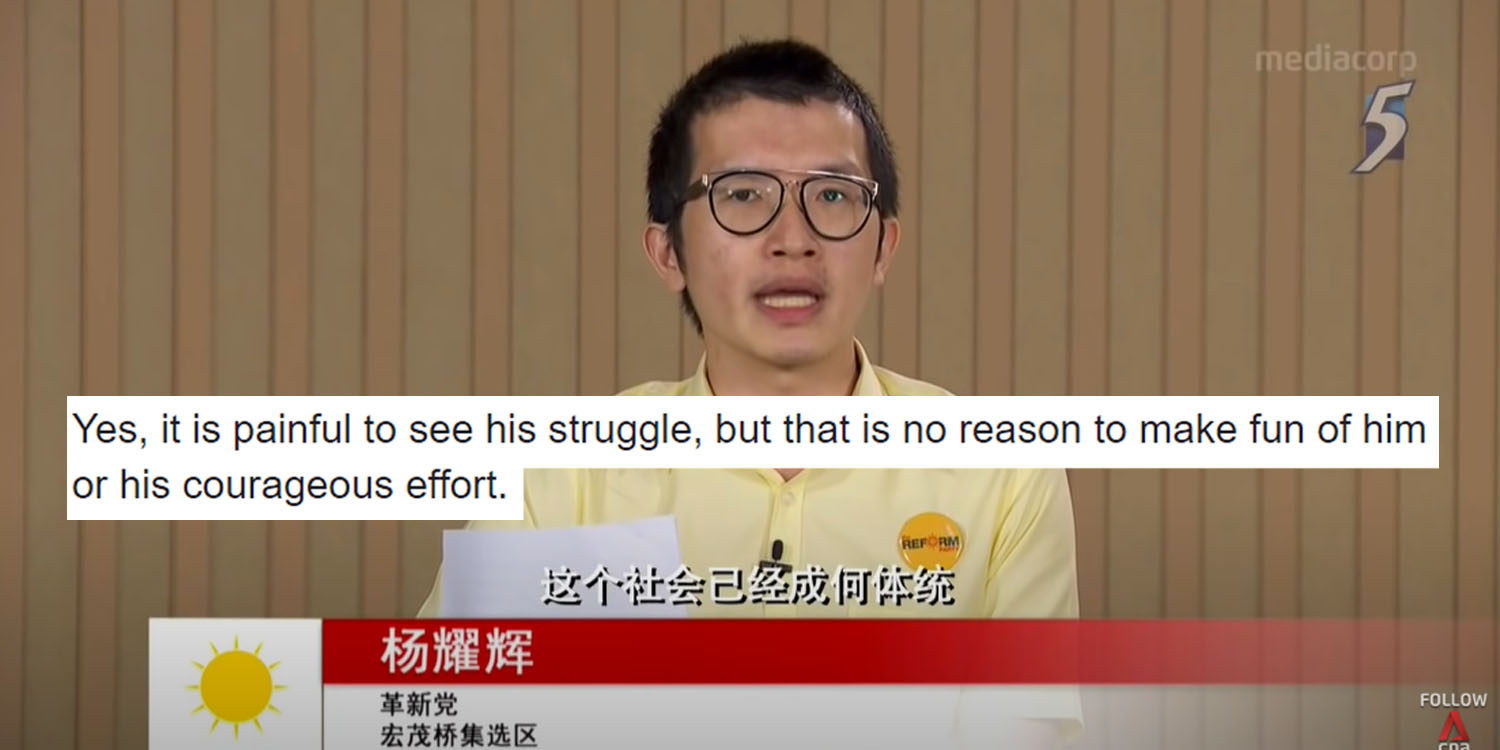 In a country where English is the medium of instruction, many Singaporeans are understandably more proficient in the global language than their mother tongues.

30-year-old Charles Yeo is but one of many millennials who’s likely more comfortable speaking in English.

Watching him attempt to deliver a Chinese speech 2 weeks ago, surely many of us could relate with this struggle if we were put in the same spot.

Recognising this, Madam Ho Ching – wife of Prime Minister Lee Hsien Loong – has publicly denounced those who made fun of the Reform Party member. 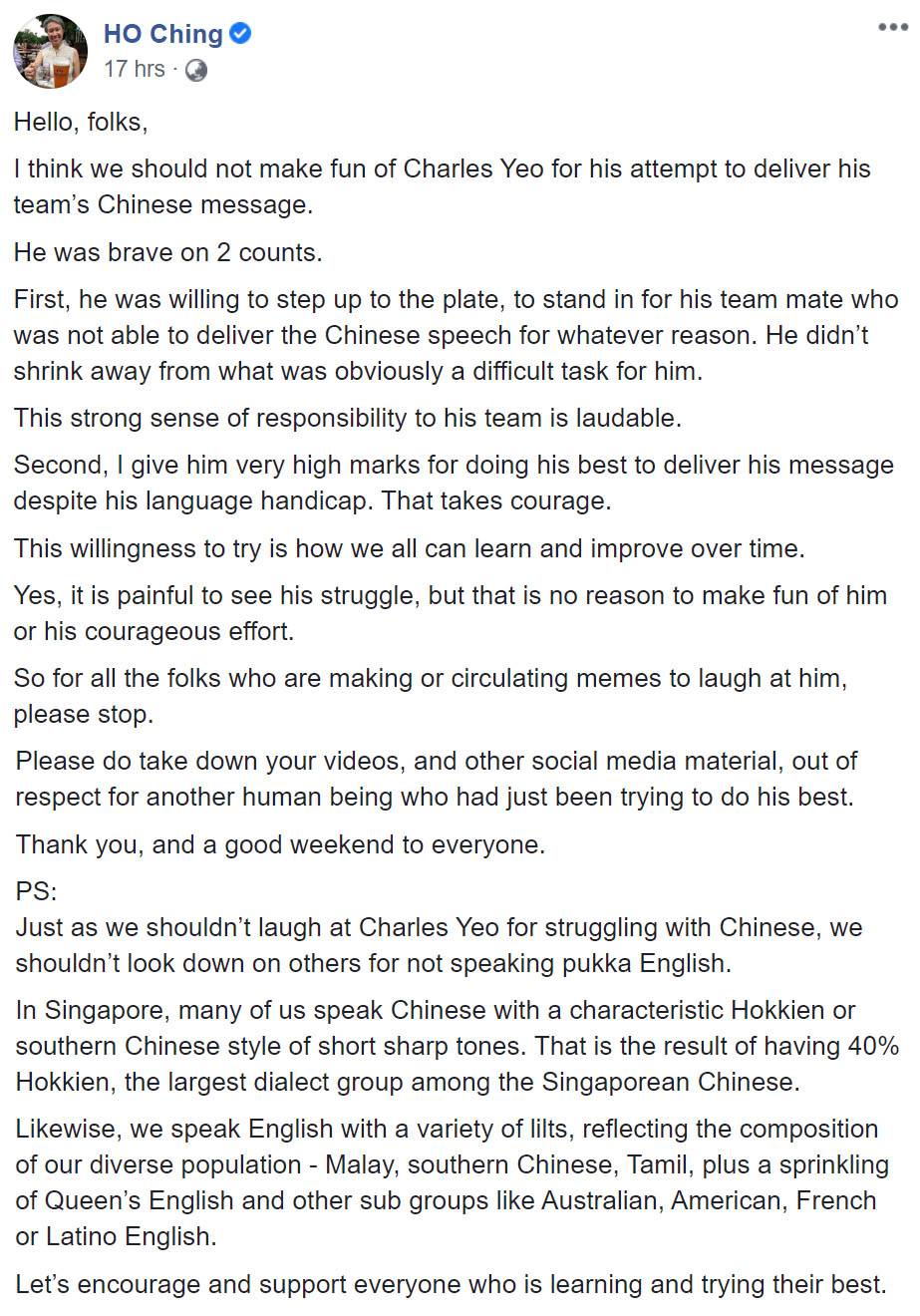 Calling him brave for speaking up in his team member’s absence, Madam Ho said we shouldn’t be laughing at Charles Yeo for his on-screen struggle.

According to Madam Ho’s post on Saturday (11 Jul), Mr Yeo was brave on 2 counts for attempting to deliver his team’s speech in Chinese during the constituency broadcast.

This strong sense of responsibility to his team is laudable.

She noted that the willingness to try is how we all can learn and improve over time.

Madam Ho conceded that it may be painful to watch his struggle on live television, but it is no reason to make fun of his “courageous effort.”

So for all the folks who are making or circulating memes to laugh at him, please stop.

She urged netizens to take down said videos and other social media content, out of respect for “another human being” who was just “trying to do his best”.

We should support & encourage others instead

In that same vein, Madam Ho stressed that we shouldn’t be looking down on those who can’t speak English well too.

As Hokkien dialect groups make up 40% of Singaporean Chinese, many speak Chinese with a characteristic Hokkien or southern Chinese style.

And likewise, Singaporeans speak English with a variety of lilts. She’s referring to how rojak our English can be with a mix of Malay, southern Chinese, Tamil, and “a sprinkling of Queen’s English”.

Recognising these differences in our linguistics, Madam Ho said we should be encouraging and supporting everyone who is learning and trying their best.

If you need a recap, Charles Yeo shot to instant Internet fame after delivering his speech during the constituency broadcast on 3 Jul.

Peppered with pregnant pauses and awkward Chinese phrasings, the Internet quickly embraced these quirks through a multitude of memes, gifs, and videos.

You can watch some of his speech’s best moments here.

What Madam Ho says is true.

It may be easy to laugh watching someone fumble over his words in another language, but we should be painfully aware that many of us may actually end up doing the same if we had a last-minute task dumped onto our plates.

No matter what you may think of Charles Yeo, it takes extreme courage for one to deliver a message in a language that’s not their first. And on live TV, no less.

So, kudos to him, for his courage in stepping up to fill his teammate’s shoes when asked to. RESPECT!

Charles Yeo did not shy away from speaking Chinese on TV a second time: