Must Share News – Independent News For Singaporeans
Home Viral Facebook Viral Video Of Child Being Run Over By A Car Reminds S’poreans... Child Gets Knocked Down And Run Over By A Car

Singaporeans tend to jaywalk whenever they’re in a rush, but they forget that accidents can happen at any time.

In a viral video shared on All Singapore Stuff’s Facebook today (7 Oct), a child can be seen dashing across a two-way road without his mother’s supervision.

He ends up being hit by an oncoming vehicle and gets run over.

Child hit by a car and run over

At the start of the video, nothing seems to be amiss as the child walks along the pedestrian walkway with his family. 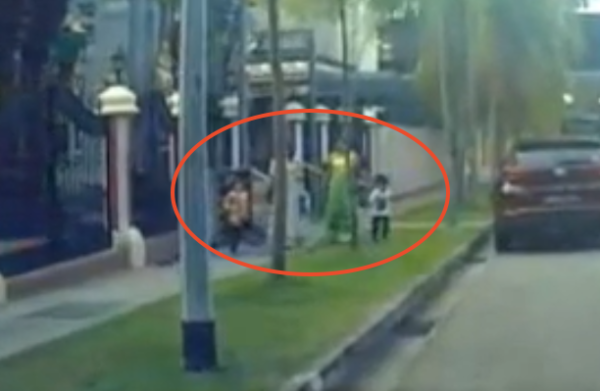 But the situation escalated when he suddenly ran up to the road while his mother chased after him. Unknown to them, there was an oncoming vehicle approaching from their left, which they probably couldn’t see because of the parked car next to them.

The young boy then walked into the car’s path and was knocked off his feet. 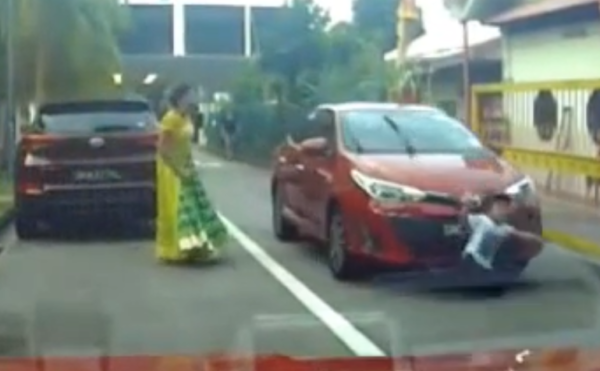 He subsequently fell under the moving car which drove over him, leaving his onlooking mother in complete shock. 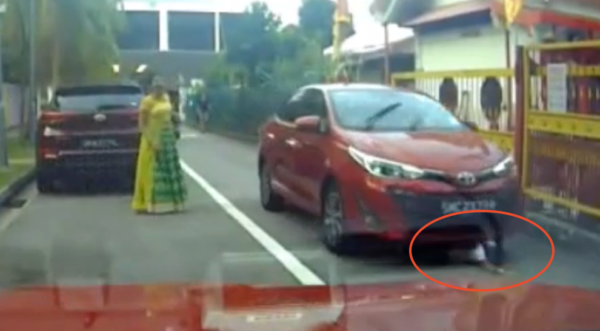 The child reappeared in the footage after the vehicle drove off, while his frantic mother rushed towards him. 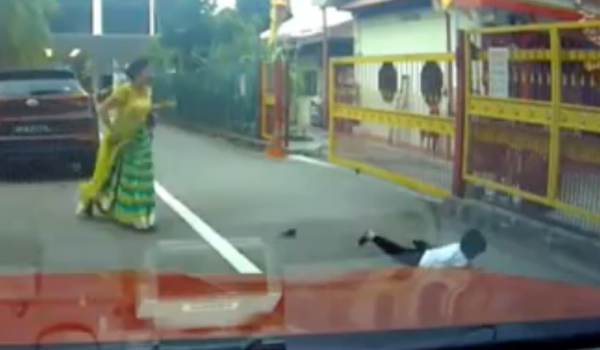 She immediately helped him up, but he appeared to have some trouble standing. 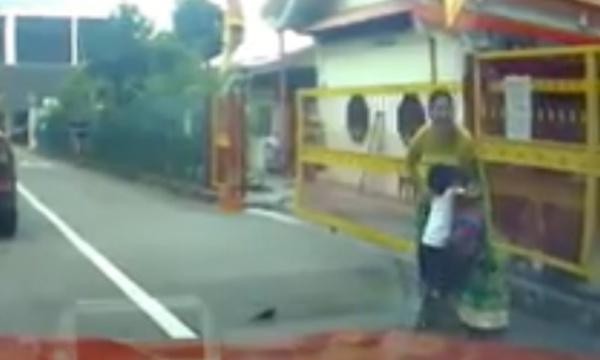 Netizens say that his mother should have held his hand

Many felt that this is a lesson for all parents who do not hold their children’s hands when crossing the road, and strongly advised them to do so.

Others stated that due to the blind spot, the oncoming vehicle had no time to react, hinting that it was not the driver’s fault.

While some netizens assumed that the driver did not stop after hitting the boy, this cannot be confirmed as the video ended just after the car went out of frame.

Be careful when you are out with your children

With this video as a learning example, parents should always remember to keep a lookout for your children especially when crossing the road.

Make sure to hold your child’s hand tightly and have him or her in your sight.

Oh, and remember, look left and right 2 times each before you cross the road.

We hope that the young child isn’t seriously injured and wish him a speedy recovery.