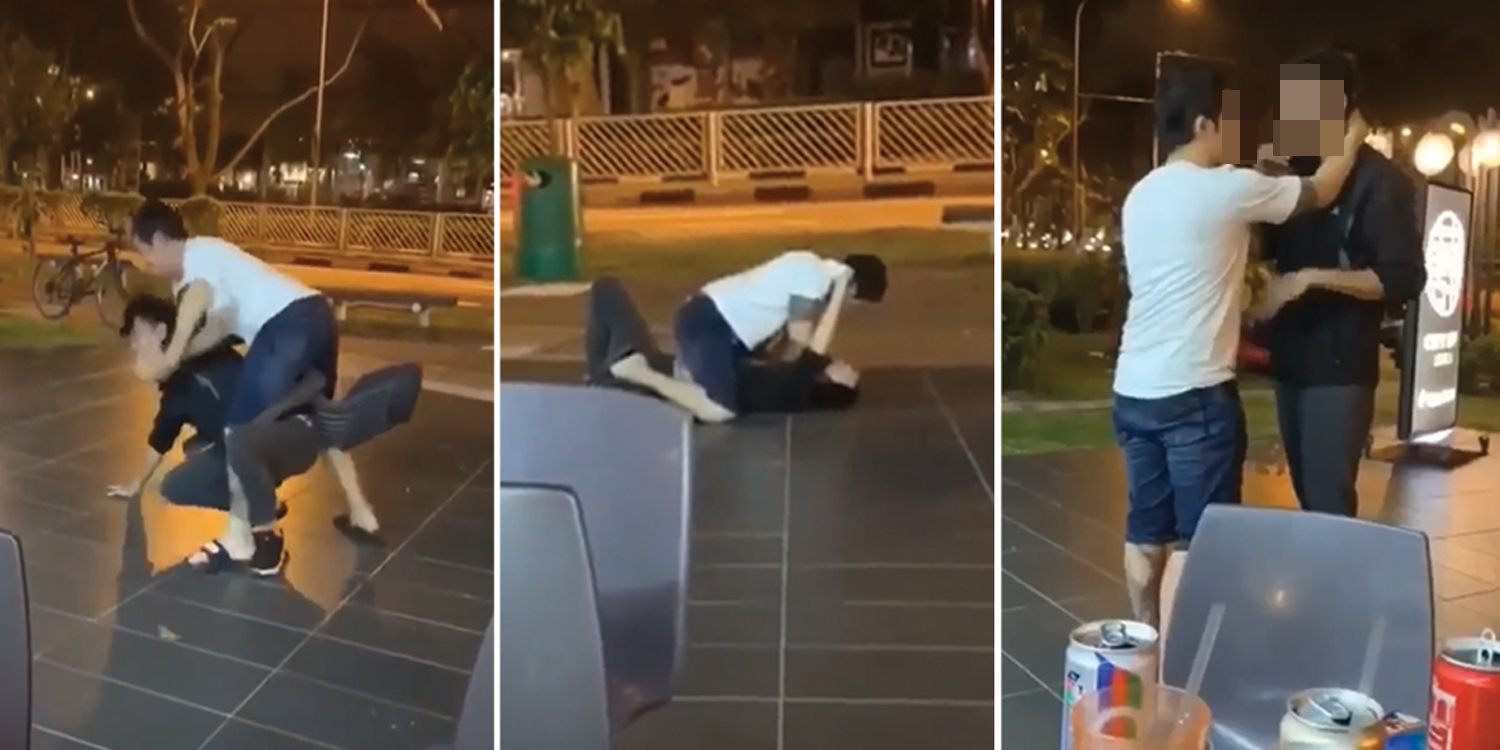 We all know that love at first sight is difficult to find, but finding love with a fist fight is something you don’t see everyday.

A video uploaded on 8 Sep of 2 men brawling at a coffee shop has been going viral in Singapore. The video dives right into the action as the man in white lands multiple Conor McGregor punches while the man in black tries to stand up. 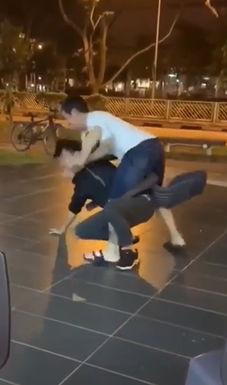 After many successful punches to the face, the man in white proceeded to enforce a submission onto the man in black.

Looks like he learnt a few things from MMA star, Khabib Nurmagomedov. However, the man in black did not seem to be struggling and eventually got back onto his feet.

The 2 man is then seen grappling with each other and trying to pin each other to the ground. 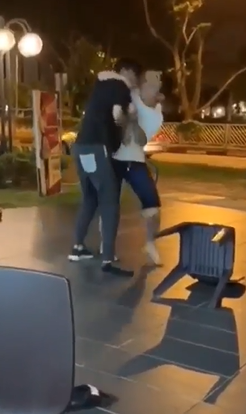 Well, we know who has the upper hand in this ’round’. They then followed up with a good few seconds of intimate time on the ground.

The man in white said ‘I’m telling you, enough already’ in Hokkien. 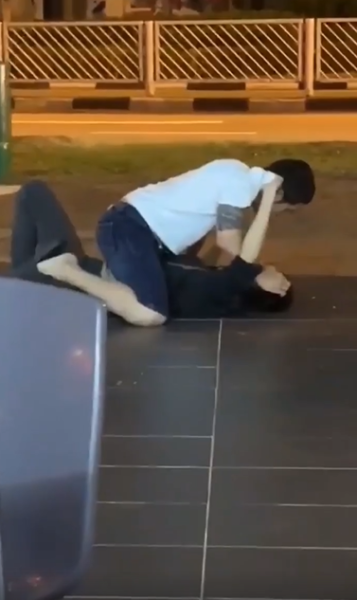 After some exchanges of words and good hugging action on the floor, the man in white is seen helping the man in black up. 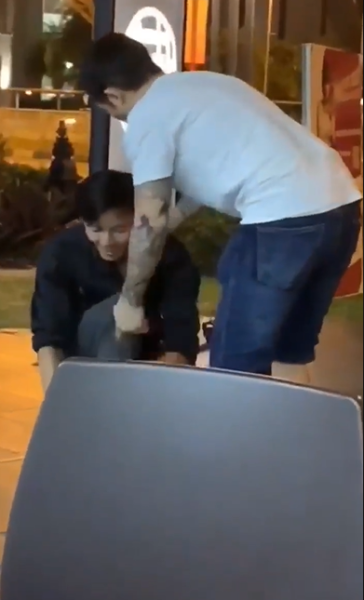 The video ends with the man in black still requesting for a fight and the man in white rejecting his request.

On a serious note, whatever the problem may be, try your best to settle disagreements with a good talk instead of settling the problem with your fists.

Remember, make love not war. Hopefully, the two’s temporary altercation has since blossomed into a lifelong friendship.