M’sian Drivers Get Into Accident, They Jio Each Other To Eat Before Making Police Reports 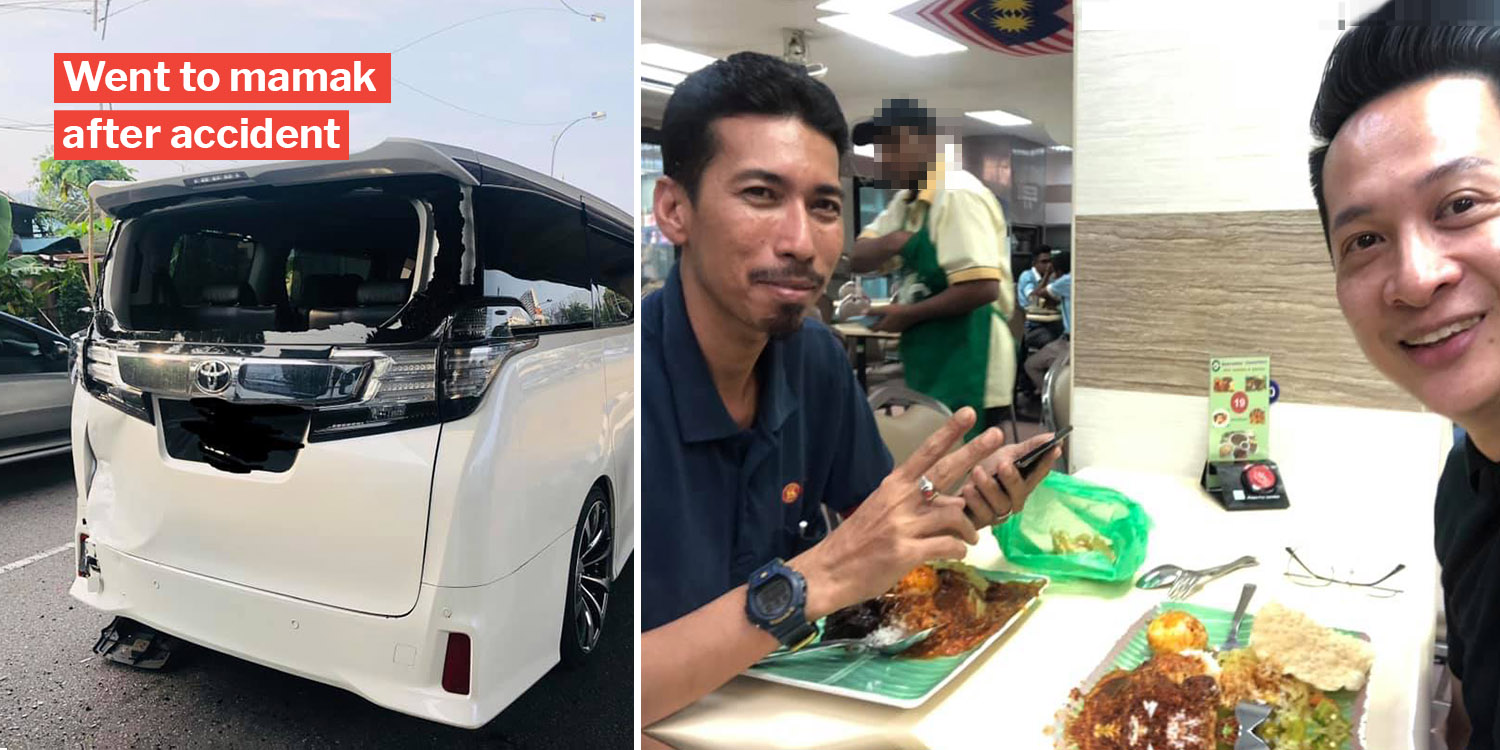 Nobody wants to get into road accidents. Be it major or minor, both are inherently troublesome and dangerous.

We imagine the default reaction for this will always be anger or frustration.

But for 2 Malaysian men whose vehicles collided into each other, emotions were well-managed. They decided to ‘settle’ their tummies by having a meal together first, before going to settle the reports. 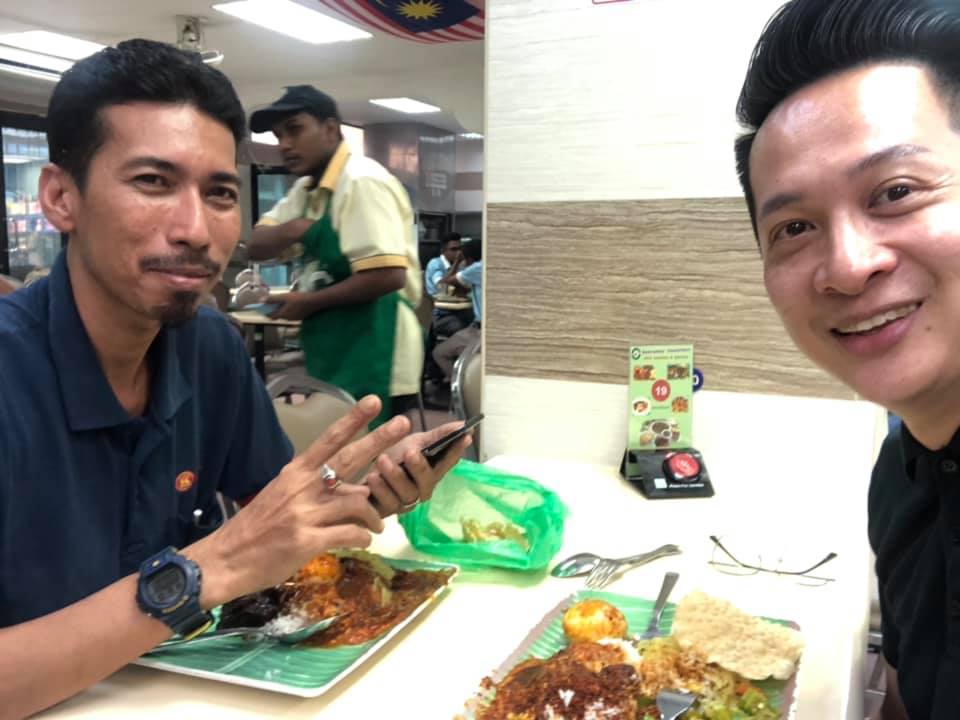 They also smiled for a wefie
Source

Car owner Kok How shared the story of his lighthearted moment with the lorry driver who rammed into his car’s rear in Penang, on Facebook. 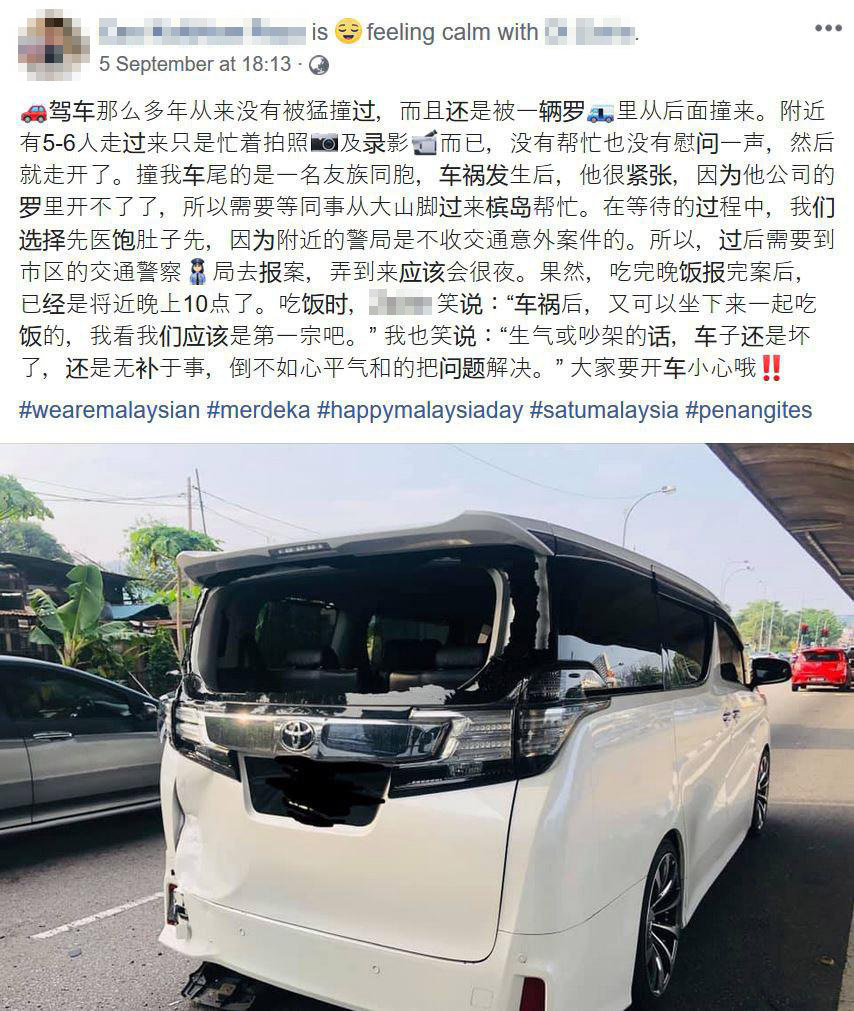 First-ever accident, no help from onlookers

Kok How begins his post by saying that he’s never been involved in a road accident after driving for many years. For the first time, a lorry rammed into the rear of his Toyota Vellfire. 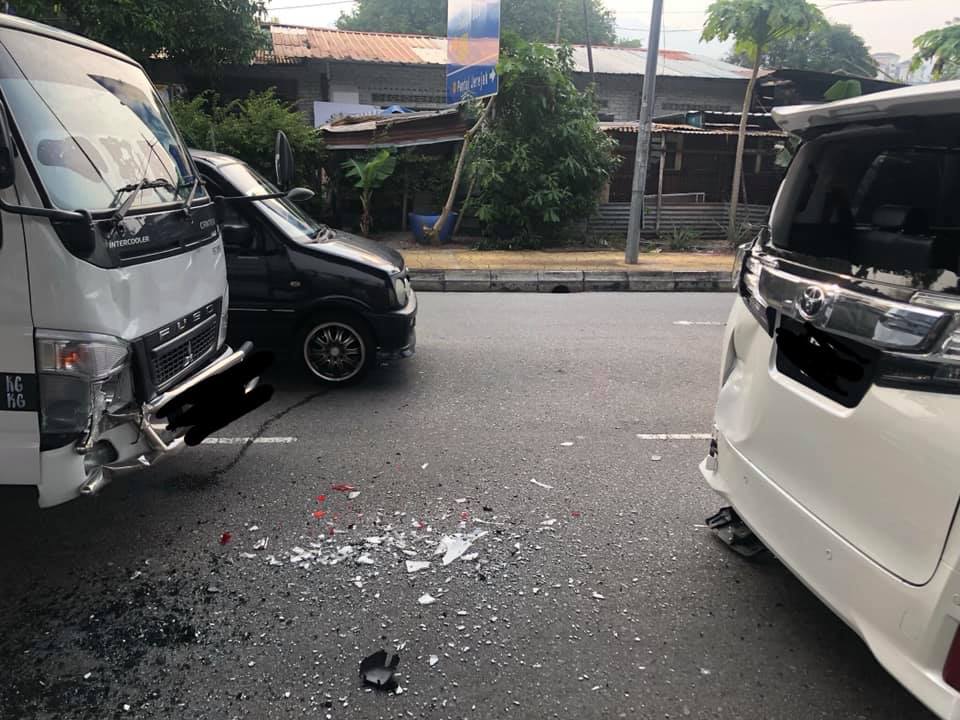 After the accident happened, about 5 to 6 people came over, but they were busy taking pictures and recording videos instead. Kok How said,

They didn’t offer any help or showed concern. They walked away.

Accident police reports can only be lodged at town central

The lorry driver looked nervous when he got down to inspect the damage, according to Kok How.

Help was on the way from the lorry driver’s colleagues, but they would take a long time to travel from Bukit Mertajam – located on Penang mainland – to Penang island. 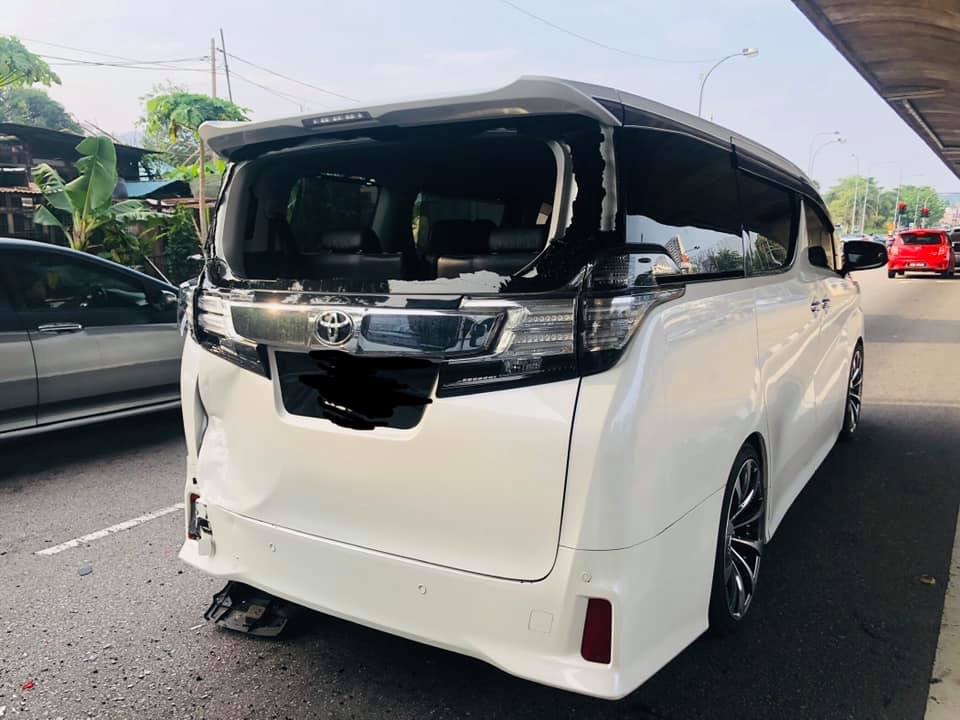 Besides this, both found out that they couldn’t lodge a police report at a nearby station. They were told to do so at the police station in the central part of town.

Looking at the potentially long wait ahead of them, Kok How decided they should grab a bite first before getting down to business.

As expected, by the time they completed their reports, it was already 10pm. Kok How shared an interesting snippet of their conversation during the meal. The driver, Zairie, told him,

After accident, we can sit down and have a meal together. I think we’re the first to do this.

Kok How laughed and responded,

Even if we’re angry and end up quarrelling, our cars are still damaged, it won’t solve the problem. So it’s better to stay calm and try to fix the issue.

He ended the post by reminding everyone to drive carefully wherever they go.

Inspiring lesson from an unfortunate event

When faced with a difficult situation, it’s going to take a lot out to remain as calm and level-headed as possible.

Instead of hurling angry accusations or trying to pick a fight, what Kok How said was true — it’s better to stay calm and find a way to solve the problem, than to become emotional over it.

We hope both Kok How and Zairie managed to get their vehicles fixed, and keep their brand-new friendship.