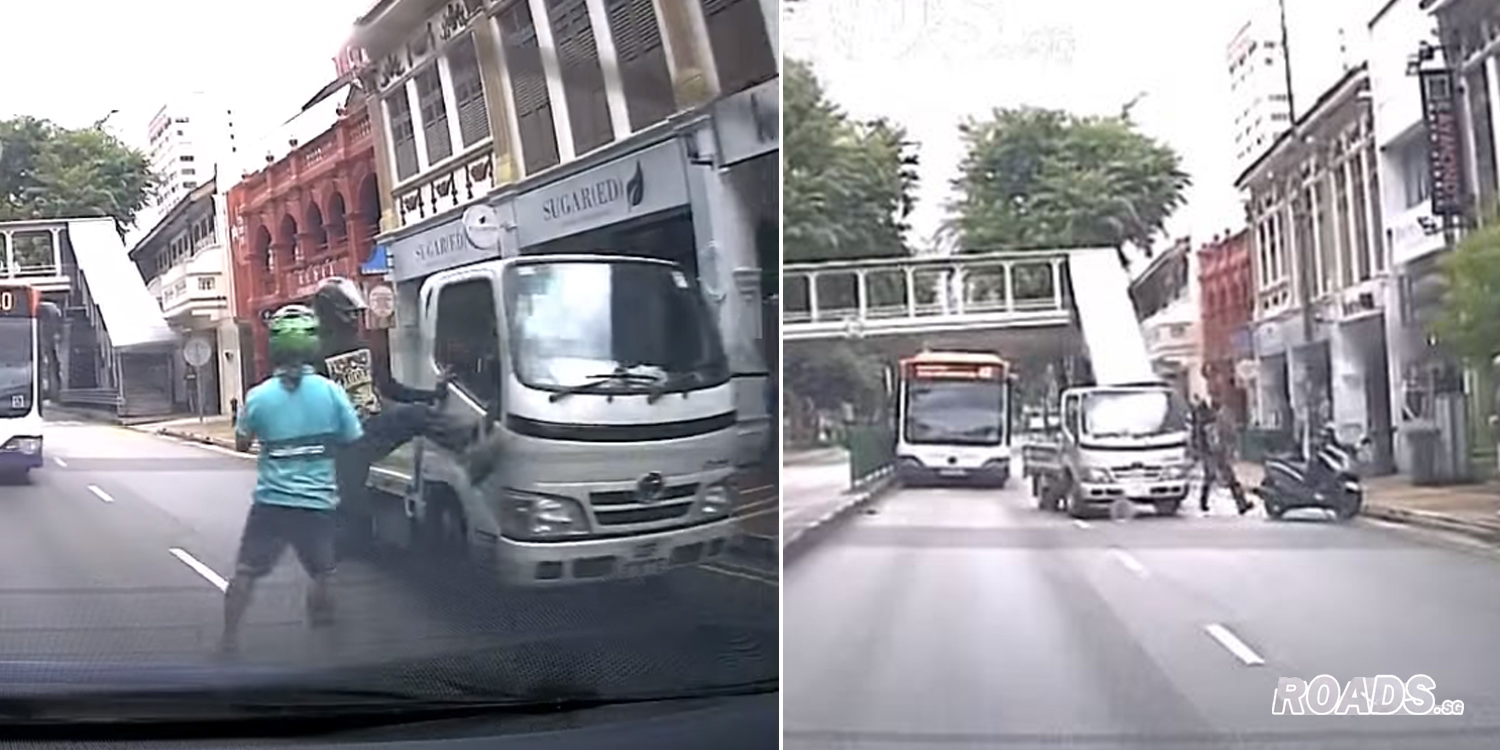 Closest thing to waving a red flag in front of a bull.

Lorry Tries To Run Over Motorcyclist

Lorry drivers and 2-wheeled vehicle users don’t quite seem to get along in recent times.

About 2 weeks ago, a cyclist wasn’t happy with a lorry and elbowed off the vehicle’s mirror. In response – although it is unclear if the move was intentional – the lorry driver swerved into the cyclist and pushed him off the road.

On Monday (31 Dec), another uncannily similar altercation happened along East Coast Road. The incident was captured on video and uploaded to ROADS.sg.

The altercation began as how any would — with the drivers confronting each other. In this case, the motorcyclist took the initiative and went up to the lorry driver’s door.

Obviously, they weren’t exchanging pleasantries because a short while later, the motorcyclist slams the lorry’s door. 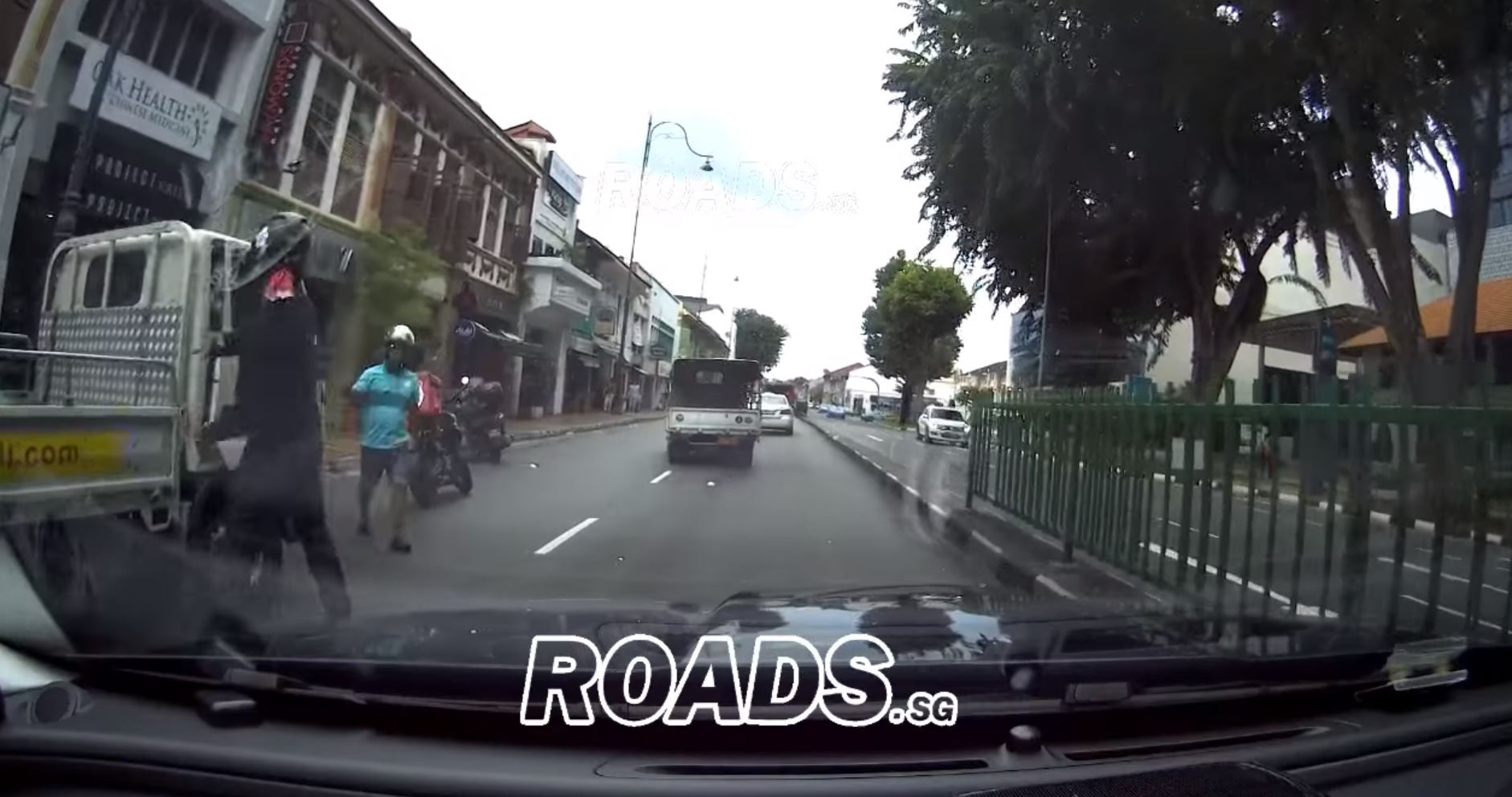 But slamming a door just didn’t cut it for the motorcyclist. To really satiate his anger, he had to high kick off the lorry’s mirror. A Deliveroo driver can also be seen trying to stop him, but to no avail.

The lorry driver wouldn’t stand someone just coming to kick off his side mirror, and so tried to run the motorcyclist over. 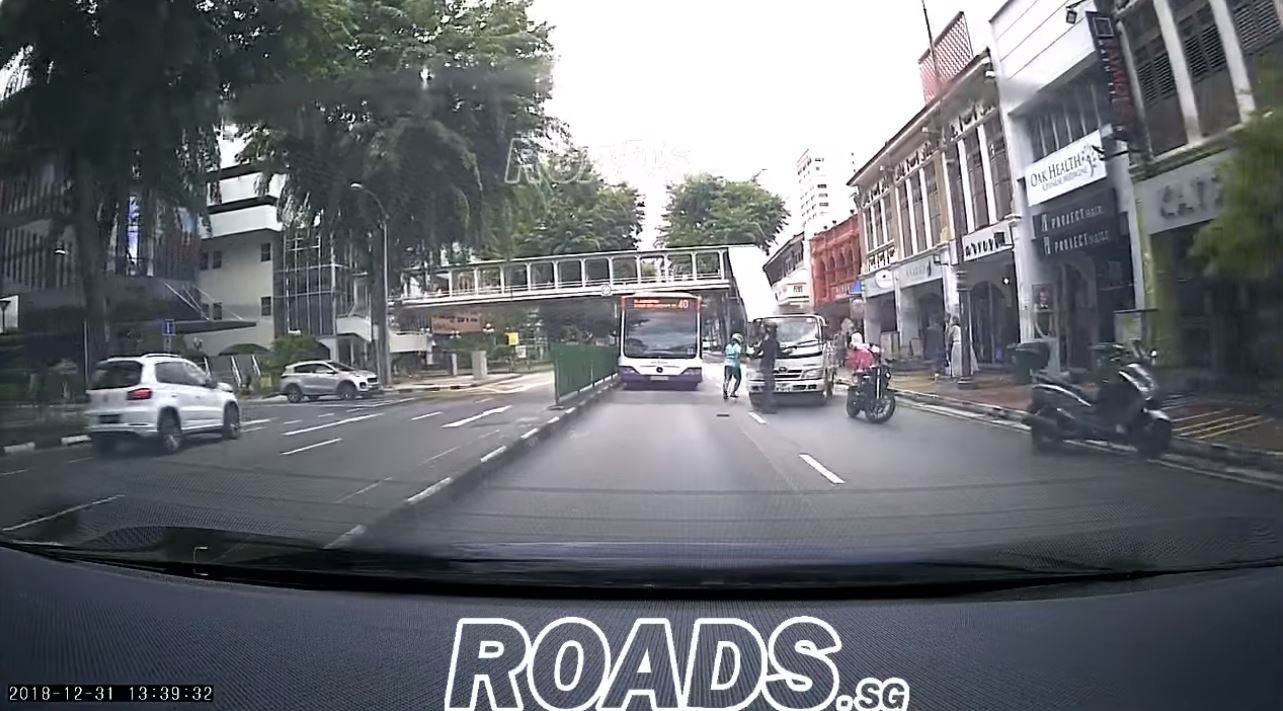 Okay, maybe not run over, but just take a jab at him. 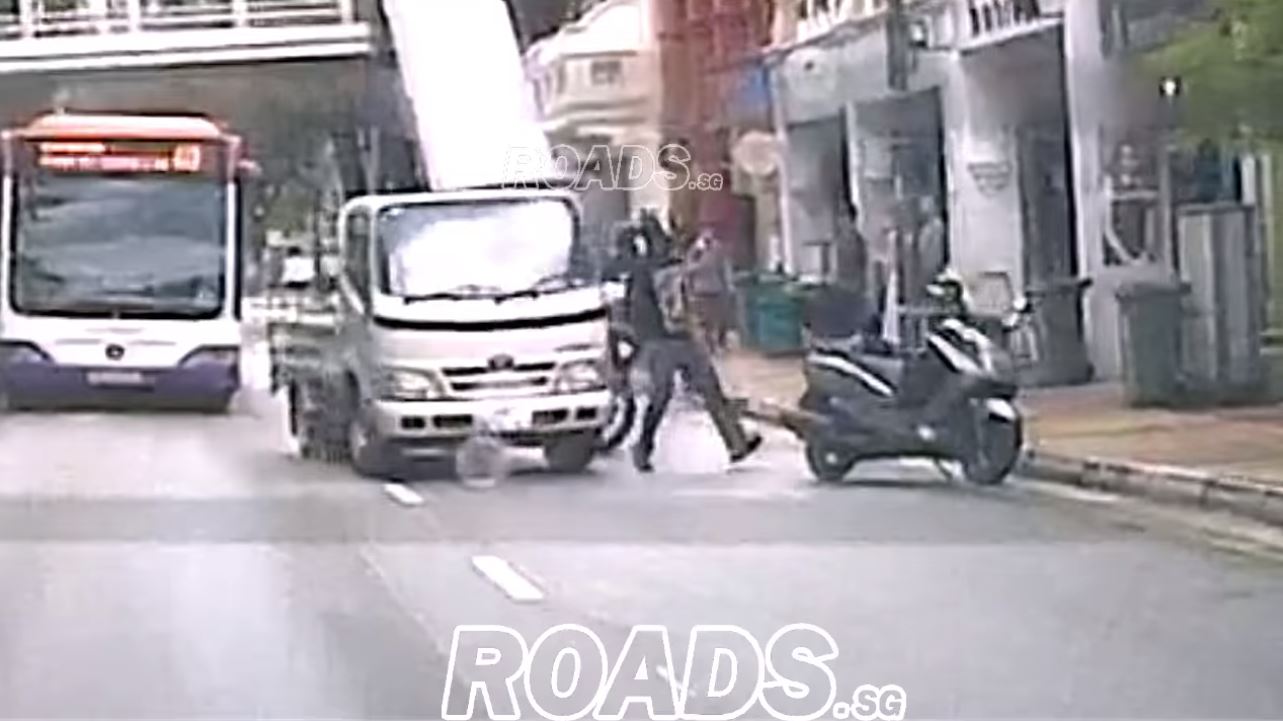 There’s no saying at that point just how much the motorcyclist was regretting his high kick.

Fortunately for him, the lorry came to a stop just before the motorcycle — nudging a little and toppling it.

Clearly, violence is no way to resolve a dispute. Most of the time, violence begets violence and both drivers will end up having to answer to the police.

MS News has reached out to police about the matter.

Hopefully, once the video spreads around, drivers will learn that nothing good comes out of kicking down someone else’s mirror just because you’re unhappy.