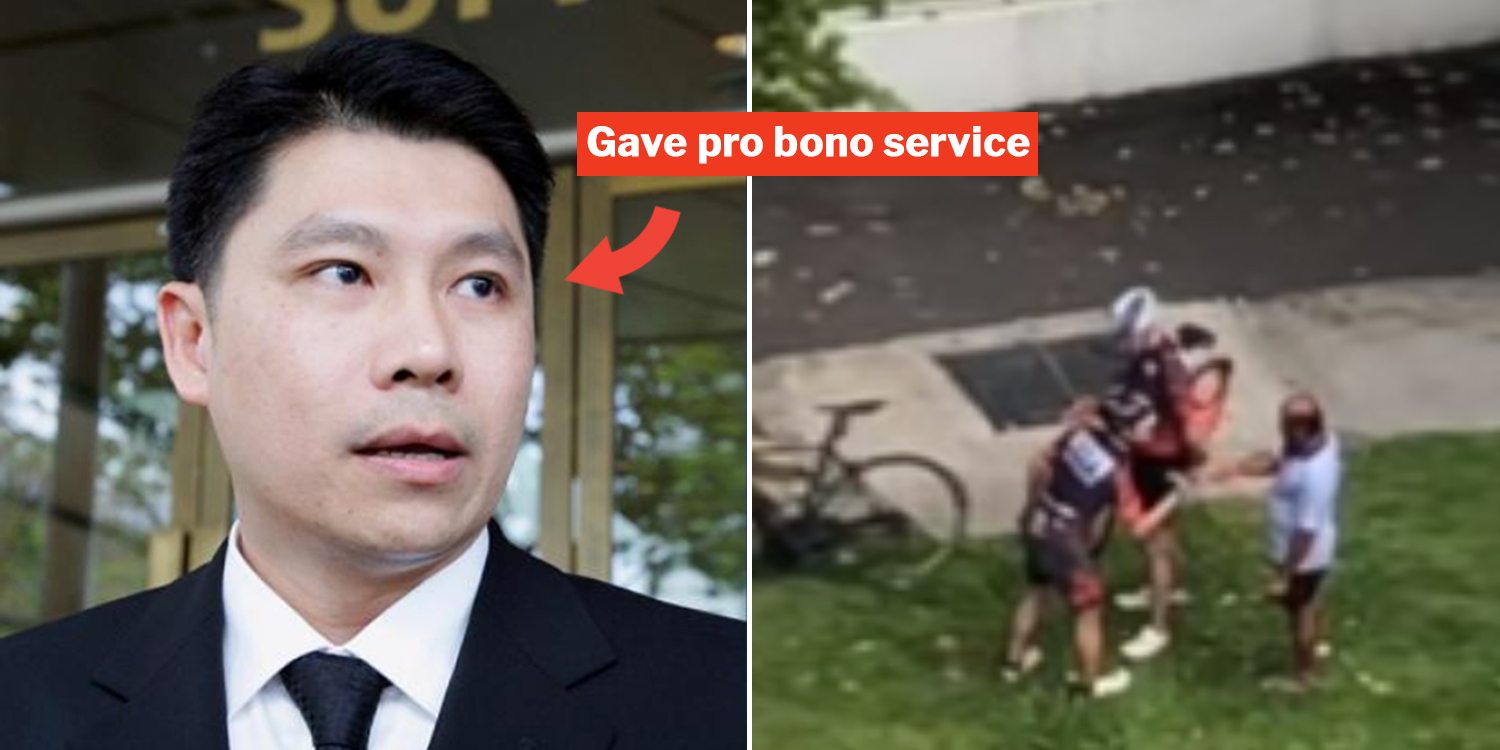 Unless you have completely cut yourself off social media, you must’ve seen this viral video circulating on the net earlier this week.

In the video, a cyclist threw his bottle at the lorry’s side mirror, and was later sideswiped by the same lorry. We strongly urge giving the video a watch if you have not seen it.

Lawyer Mr Xie Mingda reportedly got in touch with Mr Zhang through one of his relatives.

Mr Xie intends to draft a plea letter to the Attorney-General’s Chambers on behalf of Mr Zhang, claiming that the incident was purely accidental.

He hopes the letter will help mitigate Mr Zhang’s charges, so he wouldn’t get prosecuted.

As of 27 Dec, Mr Zhang had yet to receive any lawyer’s letter from the cyclist demanding compensation.

He hopes it will remain that way as he believes both parties’ actions were done purely out of impulse.

Lauded for his philanthropic deeds

One netizen wants to thank the lawyer personally for his kind gestures.

Others believe that good karma will befall this good Samaritan.

Some may feel that Mr Xie is merely offering his services for publicity’s sake. But this netizen thought his actions are worthy of praise, regardless of his agenda.

Something good came out of it

While it was unfortunate that the incident happened in the first place, we’re heartened that something good ultimately came from it.

Meanwhile, let’s hope both lorry driver and cyclist can forgive and forget so we can end the dispute peacefully.