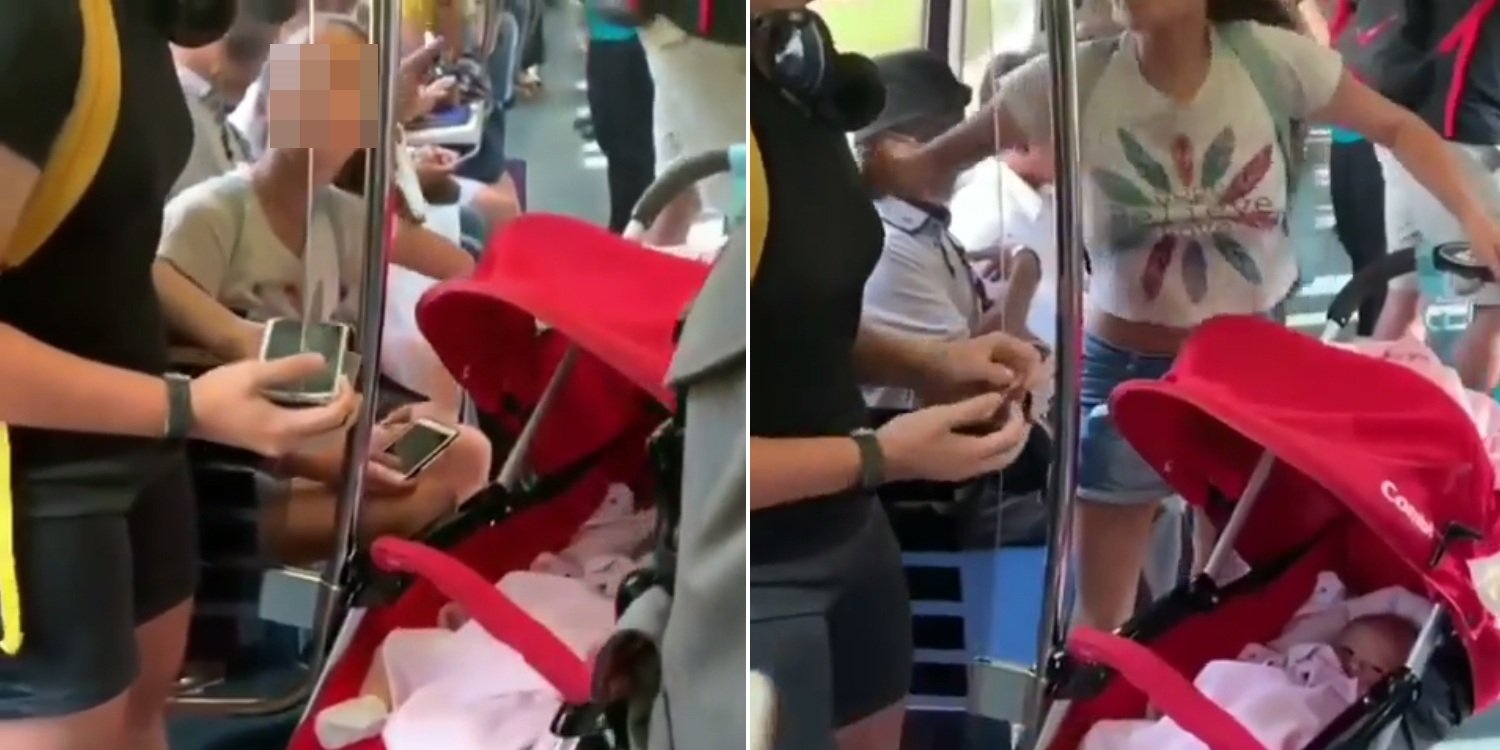 The baby remained calm during the fight.

Travelling on the MRT can be quite an eventful affair.

But it’s not every day that you see a feisty mother jio-ing a fellow commuter to a fight on the MRT.

Yet that was exactly what happened in a 13-sec video that was uploaded onto Singapore Facebook group, All Singapore Stuff on Friday (8 Mar).

The video has since gone viral, with over 1,400 shares at the time of writing.

Quarrelled over empty space next to a priority seat

At the start of the video, a mother in white on the priority seat can be heard having an altercation with a well-built man in black. 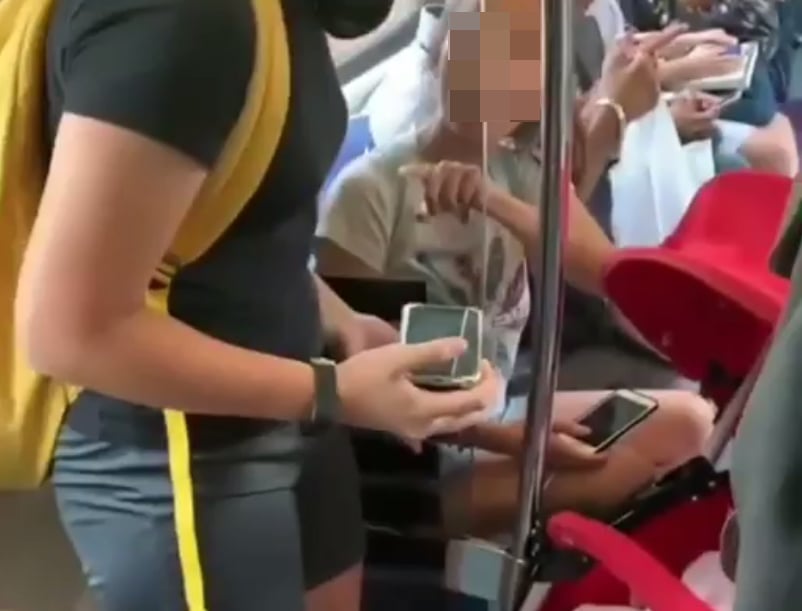 From their conversation, it seemed like the pair were fighting over the empty space next to the priority seat.

The mother alleges that her baby daughter, who was soundly asleep on a red pram was originally positioned at the empty space, but was displaced by the man, who forcefully “crossed over” her baby to occupy the space.

The man’s reply wasn’t audible in the video, but it seems to have triggered the mother, because all of a sudden, she rose to her feet and jio-ed the man to a fight. 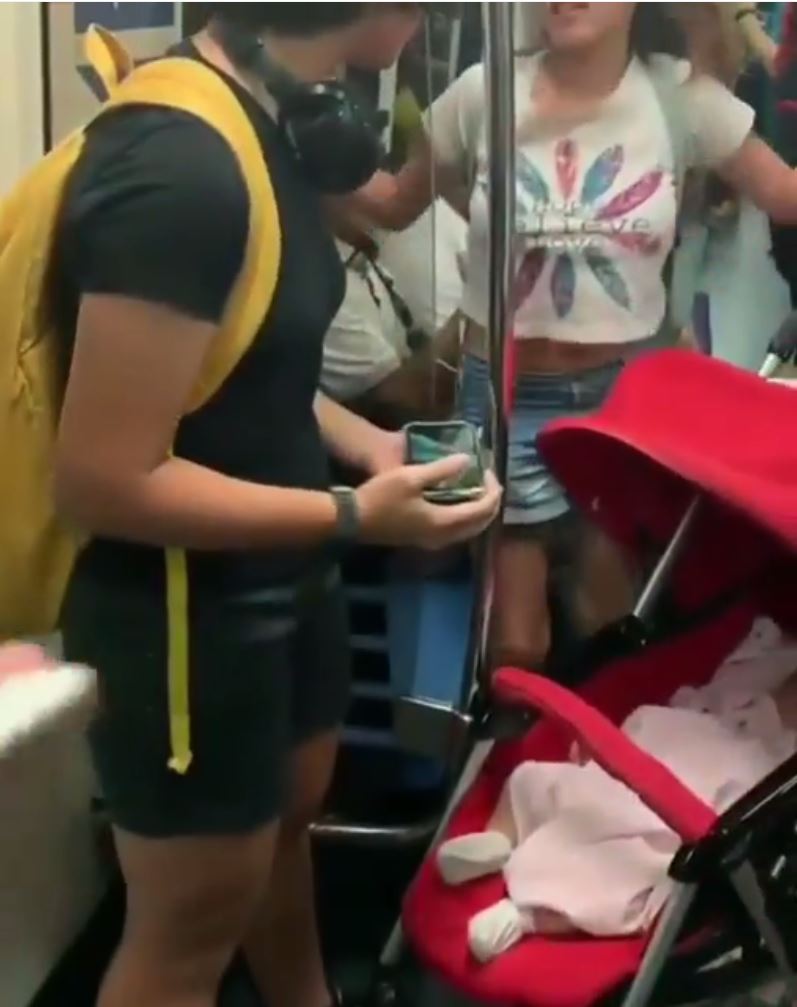 She then continued the instigation in Mandarin,

Don’t talk so much. Just say if you want to fight. Don’t force me, really!

Out of anger, the mother then punched the glass panel next to the priority seat. Thankfully, nothing was broken in the process.

The pair then had an intense staredown for a good 5 seconds before the mother left the scene with her daughter.

Interestingly, the baby remained calm throughout the entire accident. Perhaps she thought it was better to let the adults handle this situation. Very good choice.

Just apologise and walk away when confronted

If there’s one lesson to be learnt from this incident, it’s surely the case that nothing good comes out of a conflict.

If an angsty individual confronts you on the MRT, simply apologise and walk away.

That way, you won’t have to deal with the stressful situation of getting into a confrontation and instead enjoy a pleasant ride for the rest of your journey.