Even though our 9 to 5 jobs often leave many of us tired, some folks can still find time for a side hustle. But one particular worker in Singapore decided to pursue his in a rather unconventional way.

Feeling like he wasn’t getting enough progression opportunities at work, the man reportedly decided to start selling his own print materials on the side. In 2015, he started using his company’s resources for his own business, earning about $57,480 from them.

In Oct 2014, the man started working as a production manager at 8 Ink Media which specialised in printing services.

His job scope included printing orders, and he was entrusted with printing resources like ink and paper, reported Channel NewsAsia (CNA).

Feeling like the company was not giving him ample progression opportunities, the man started freelancing in Nov 2015.

He was often absent from work during normal office hours and would only show up late at night.

It was later found that he had started using company resources to print materials for his freelance clients.

In Aug 2016, the man set up his own printing services company while still employed at 8 Ink Media.

According to CNA, throughout 2017 and 2018, he continued to use the company’s resources to print banners and other materials for his own clients. 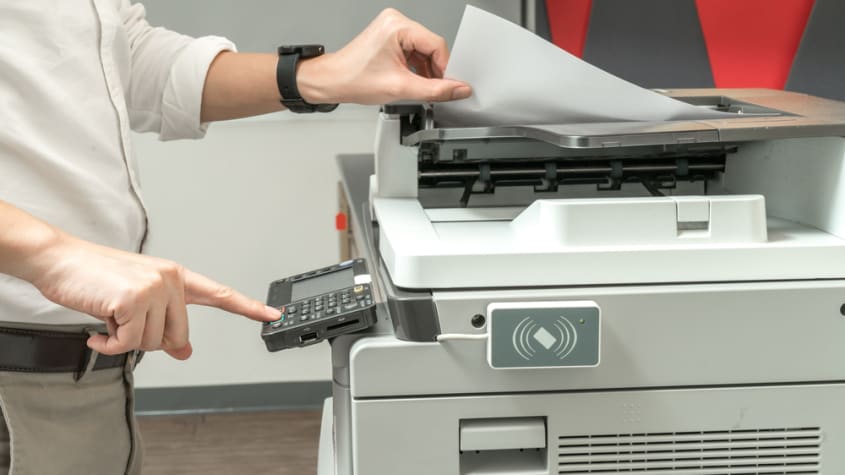 Over the span of 2 years, he did this on 70 occasions.

Even then, the man continued his ways.

On 1 Feb 2020, an employee raised the man’s errant behaviour to the company’s general manager, and a police report was filed.

He later assented to repaying the company $58,000 in instalments. He completed the payments on 9 Jun 2021.

On Thursday (29 Jul), the 56-year-old man pleaded guilty to 2 charges of criminal breach of trust as an employee.

Another 4 charges were taken into consideration in court, reported CNA.

While taking a pen or some paper from work every now and then might be harmless, this man was blatantly profiteering off his employers.

This certainly goes to show that crime never pays — such deeds will always catch up with you at the end of the day.

Hopefully, the man learns the error of his ways and, in the future, can air his grievances to his employers openly instead of taking advantage of them.