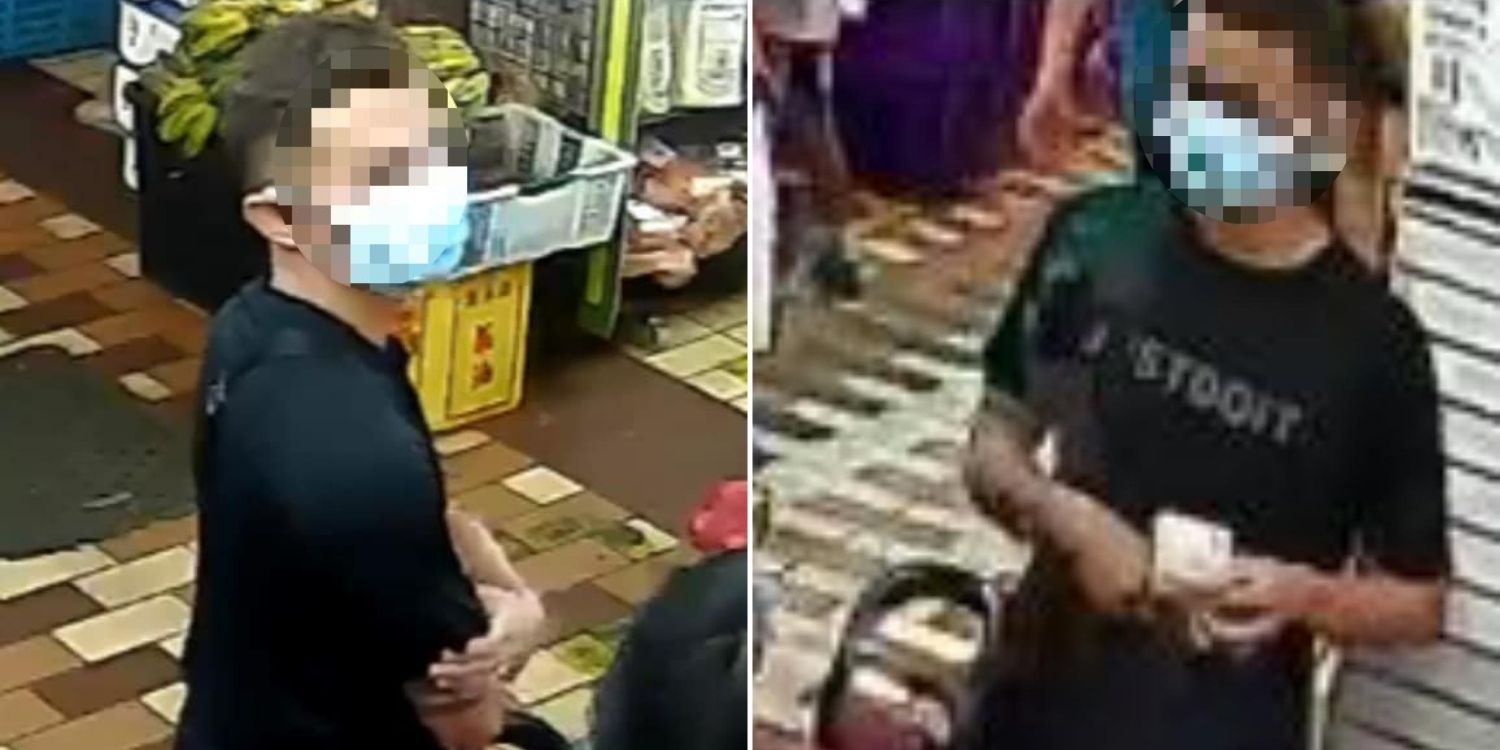 Wet markets are a bustling hub of trade, with aunties and uncles bargaining for fresh produce on a daily.

In the midst of this chaos, unfortunately, someone decided to take advantage of the situation and partake in some thievery.

On 3 Jun, the store owner of a spice shop in Yishun shared that a man had allegedly stolen $800 from his business.

Though he has caught in the act via CCTV cameras, the shopowner has refused to involve the police, offering the man a chance to own up first.

Man steals $800 from spice shop while employees were busy

According to a Facebook post by the owner, Mr Jeya Seelan, the shop in Yishun had been very busy on the morning of 3 Jun. 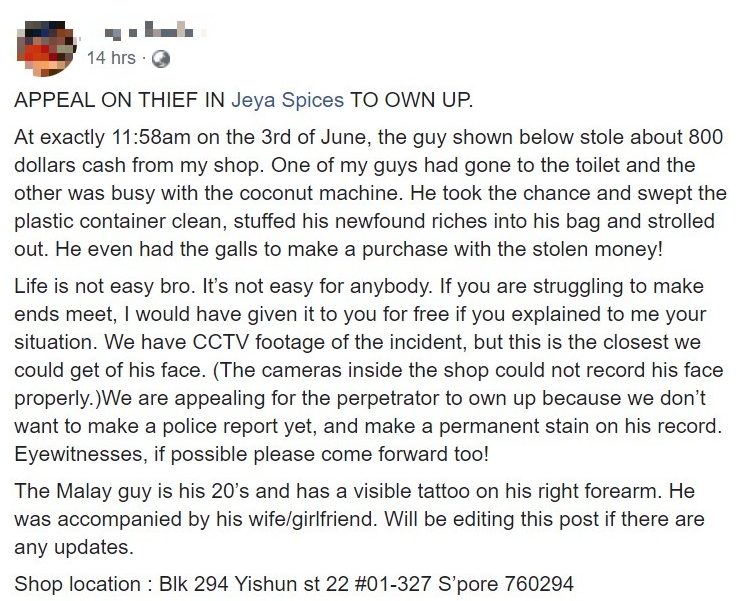 With one employee attending to the coconut machine and another preoccupied in the toilet, the perpetrator allegedly took the opportunity to steal about $800 from a plastic container.

The man then stuffed the cash into his bag and strolled out of the store’s premises.

In addition to this fearless act, he took things further and reportedly even made purchases with the stolen money.

Owner appeals to the thief to own up

Mr Seelan has identified the alleged thief with the help of CCTV cameras in the shop. 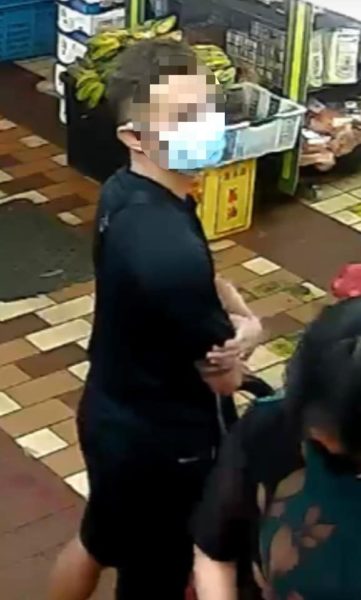 The man was apparently accompanied by a woman and has a tattoo on his right forearm.

Despite the alleged crime, the owner said that he would have happily given the money to the man if he had explained his predicament to him, should he be in need of financial help.

In another gracious lifeline handed to the alleged thief, the store owner has given a chance for the man to own up to his wrongdoing before he decides on making a police report.

Mr Seelan stressed that he would not want to make a “permanent stain on his record”.

Finally, he would like to appeal to eyewitnesses to come forward and provide their own testimonies.

If you recognise the man or have any information, you can contact Mr Seelan on Facebook here.

Theft is a criminal offence

No matter how dire one’s financial situation may be, theft is definitely not an option.

After all, it is still a criminal offence punishable by law in Singapore.

We have to applaud the store owner for providing the chance to settle the matter amicably instead of involving the authorities straight away.

So if you know anything about the man or incident in question, do help the store owner out by reaching out to him.