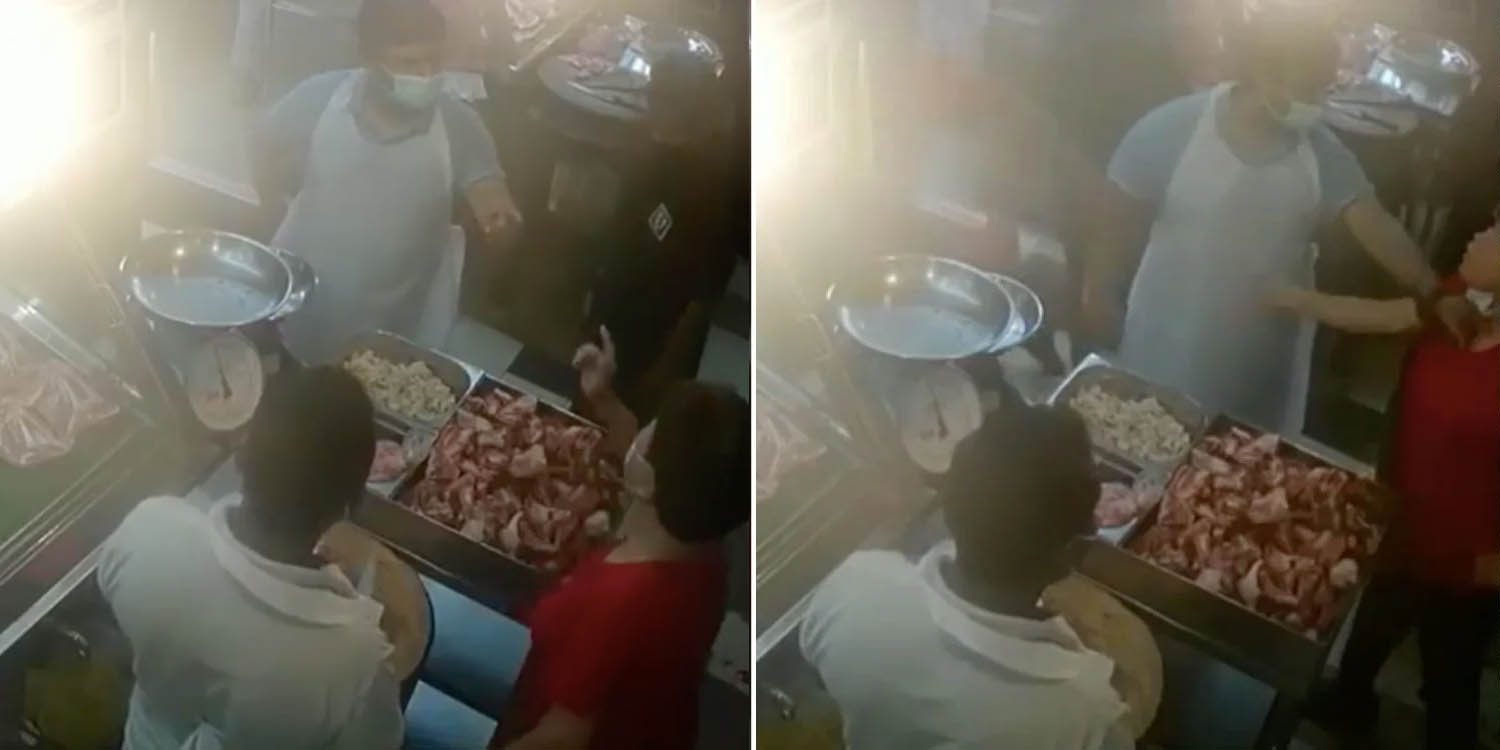 They had an 11-year friendship before the spat.

Tekka Market Vendors Get Into Heated Argument Over Queue Management

UPDATE (7pm): An earlier version of this report contained certain inaccuracies and misrepresentations of the incident. We would like to apologise to mutton stall owner Mr Nizamdeen. The story has since been updated according to his account.

Safe distancing remains a priority in Singapore, even as we enter Phase 1 of reopening. That’s especially important in crowded places like wet markets and shopping centres. 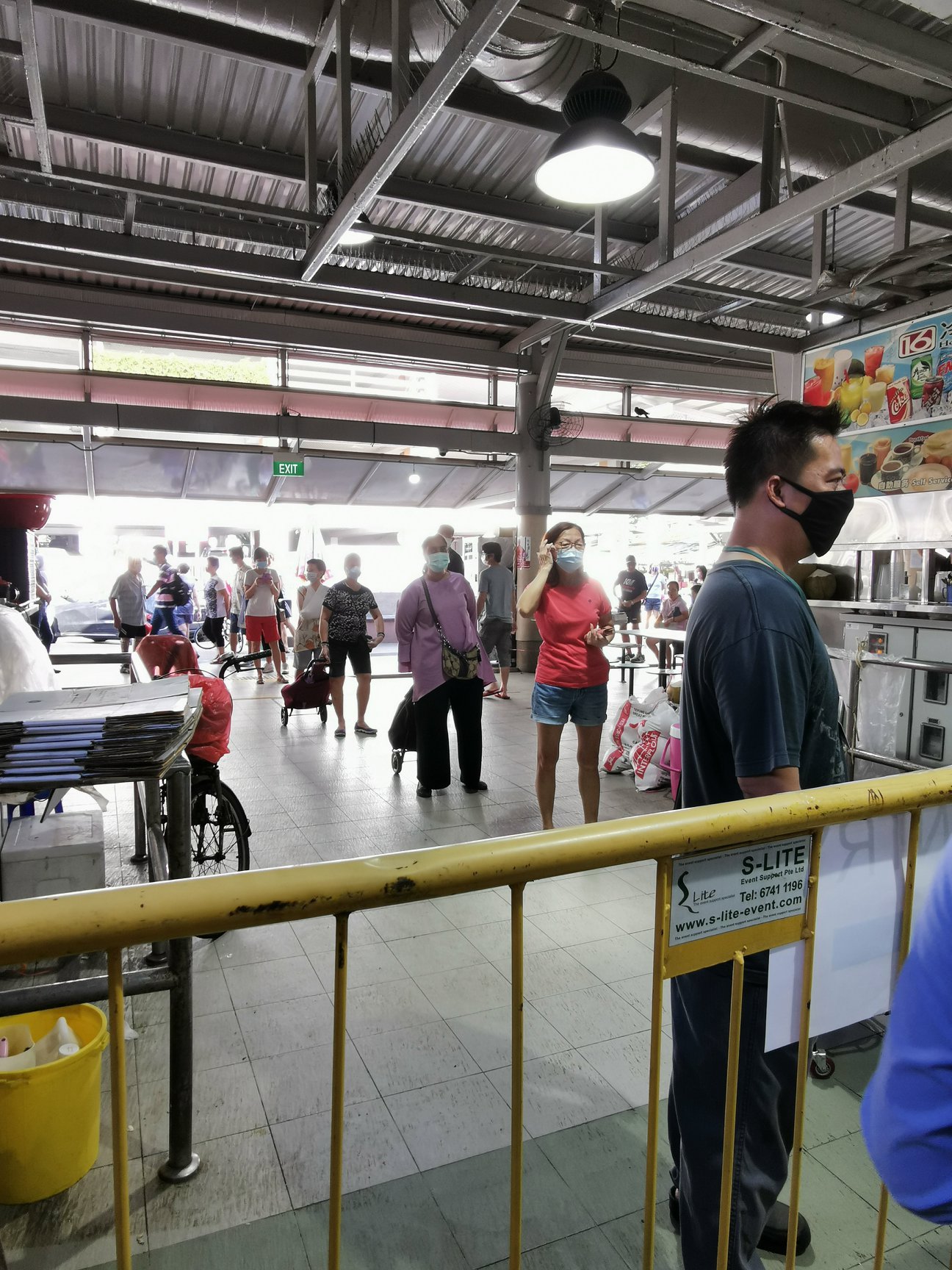 A fishmonger recently got into an altercation with a fellow vendor in Tekka Market, as seen in this Facebook video by All Singapore Stuff last Sunday (7 Jun).

For breaching social distancing rules during the incident, the fish vendor was fined $300, stated The New Paper (TNP).

Tekka Market vendors get into quarrel

As seen in the video, it seems like the mutton stall owner – wearing a blue shirt in the background – got into an argument with a woman dressed in red, who runs a fish stand near them.

The incident reportedly happened last Saturday (6 Jun), at around 8.45am, as stated on the video timestamp. 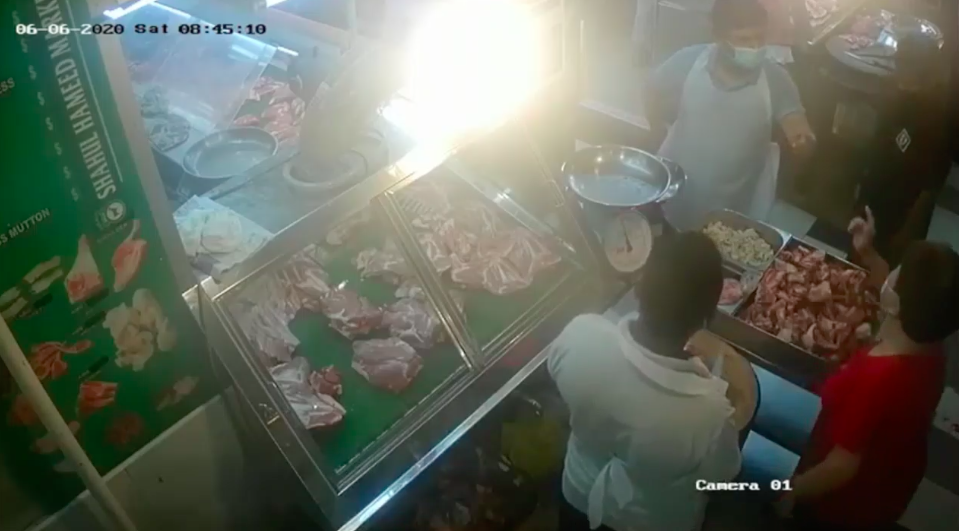 Speaking to MS News, mutton stall owner Mr Nizamdeen said the fishmonger was displeased with the long lines forming as it was blocking her fish display.

Mr Nizamdeen shared that the fishmonger has the habit of displaying some of her seafood on an empty stall next to hers for years. There were no complaints, until last Saturday.

“Due to long queues in the market blocking the main walkway, NEA officers had directed the crowd towards the lane leading to the empty stall.

“The queue ended up blocking the fishmonger auntie’s wares at the empty stall. So she asked a customer repeatedly not to block her fish.

“She wasn’t raising her voice. But I could tell from the customer’s face, he probably wasn’t very happy. He said he was standing according to NEA officers’ rules,” he related.

As Mr Nizamdeen witnessed the conversation, he wondered out loud why the fish auntie wanted to raise this issue about her empty stall on a crowded Saturday morning.

“I guess the customer must have heard me and decided to use it against the auntie. He started telling her ‘oh, so actually this isn’t your stall’,” he said.

As a result, the fishmonger turned angry and allegedly started spewing vulgarities at him. “She must have felt I was the one who tipped the customer off that the empty stall she uses to display her fish didn’t formally belong to her”, recounted Mr Nizamdeen.

“She just jumped at me. I used my hands to block myself, but she punched me in the middle of the belly and ribcage. Then, she spat at me,” he said. Luckily, another vendor pulled the mutton seller away before tensions escalated further. According to TNP, the fishmonger was fined $300 for flouting safe distancing regulations.

On the other hand, the mutton vendor had gone to Tan Tock Seng Hospital for a check-up.

Even though both parties have returned to the market, TNP reported that the neighbours for 11 years have stopped speaking to each other.

Lifting spirits after the fight

Inevitably, quarrels like these can be detrimental to the relationship between the stall owners, even after working together for 11 years.

We hope the stall owners will eventually resolve their differences and rebuild their relationship in the near future.