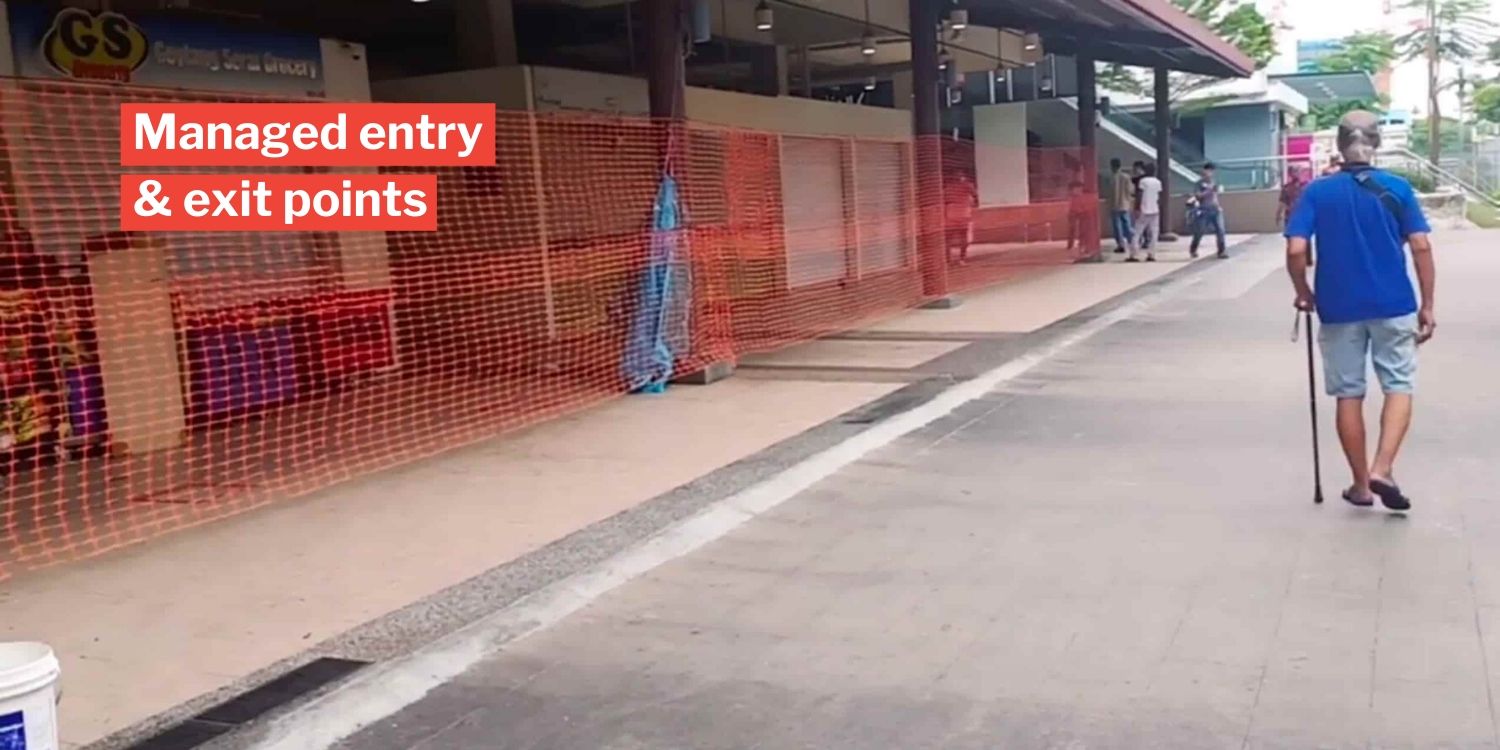 About Half Of All S’pore Markets To Implement Stricter Crowd Management, Enforcement Officers Will Continue Patrols

On Tuesday (7 Apr), ‘Circuit Breaker’ measures officially took effect across Singapore. All non-essential services were suspended and citizens were encouraged to stay home.

However, both supermarkets and wet markets remained open to the public, drawing massive crowds over the past few days. 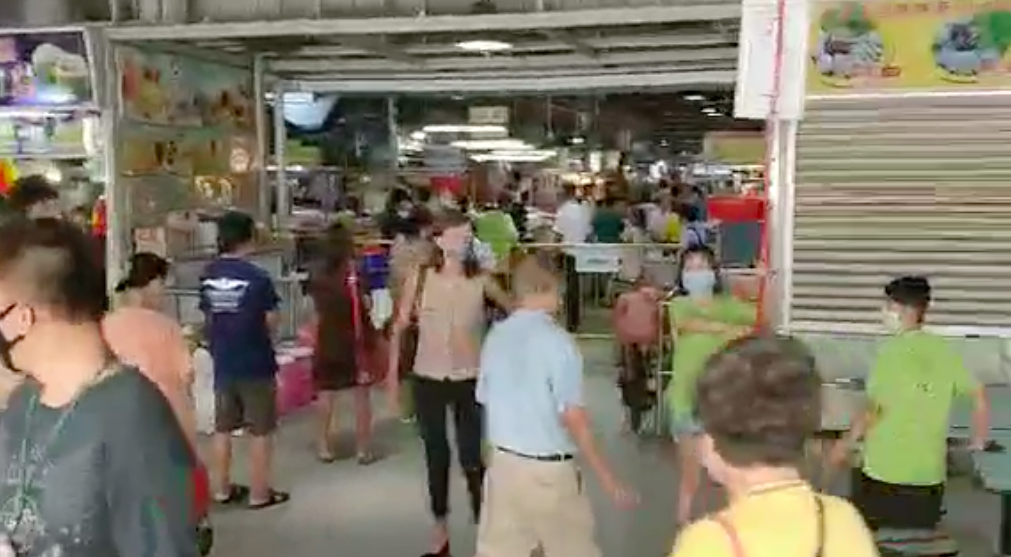 In response, tighter crowd control measures were installed in 15 wet markets, and the authorities will be extending these measures to a total of 40 markets on Friday (10 Apr).

This is about half of all markets in Singapore.

Many Singaporeans have been pointing out that the situation in wet markets remained cramped, despite social distancing advisories.

Some took to Facebook to call out those shopping at wet markets, urging them to maintain social distance and refrain from congregating in large groups. 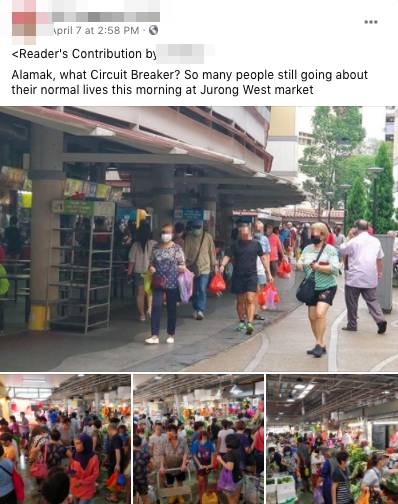 In response to this situation, the National Environment Agency (NEA) is introducing crowd management measures in markets, reported The Straits Times (ST).

On Wednesday (8 Apr), long queues were already seen at Geylang Serai market due to restricted access.

Only 100 people were allowed in at one time, via a single entrance.

Long Queues At Geylang Serai Market Due To Restricted Entry, Only 100 Allowed In At A Time

It seems like similar measures will be applied to other markets across our island.

900 advisories issued at markets on 8 Apr

Earlier this month, the NEA already announced the rolling out of enhanced safe distancing measures in markets, even pasting markings on the ground to guide Singaporeans. 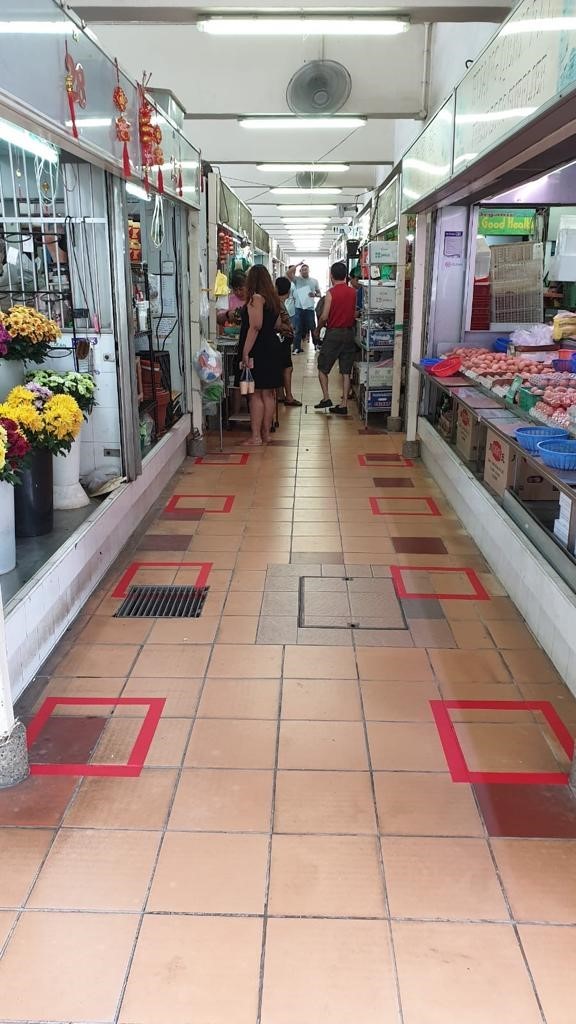 However, tighter control is still necessary as people are not complying with these rules.

According to ST, more than 900 advisories were issued in markets and food centres on Wednesday (8 Apr) for breach of safe distancing guidelines.

Enforcement officers will continue to be deployed

Also, enforcement officers who are currently patrolling public areas will continue to do so, said Minister for the Environment and Water Resources Masagos Zulkifli on Facebook. 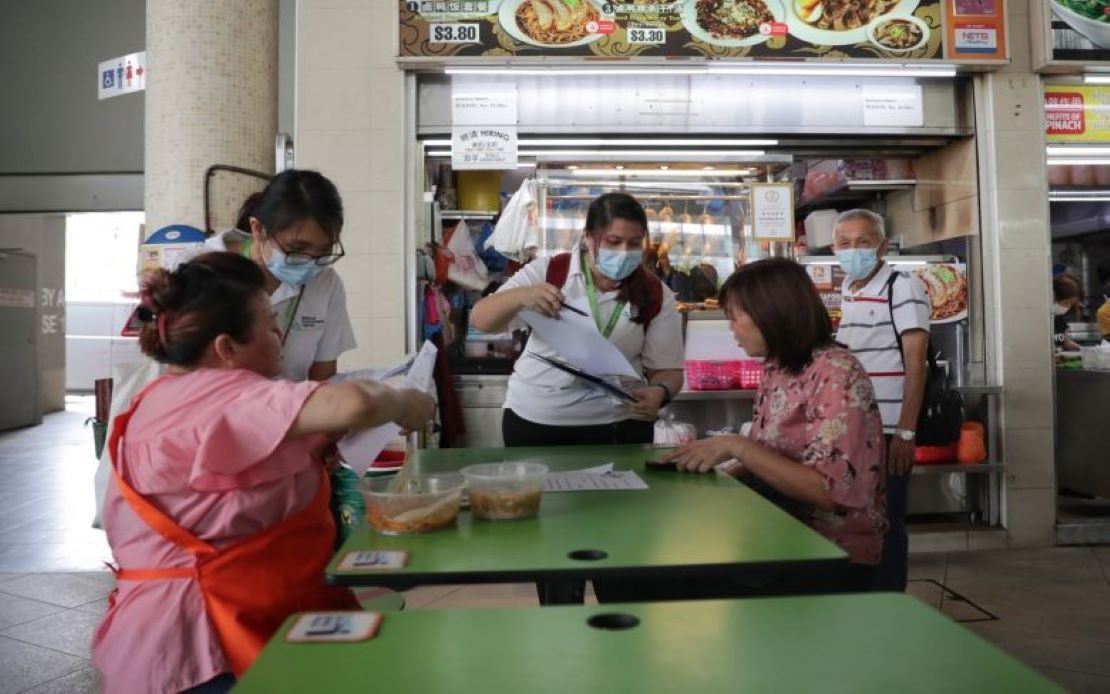 He also warned that officers would not hesitate to issue these letters immediately to those caught gathering in large groups before dispersing them, now that expectations have been made clear.

Those who still flout the rules will be fined or charged in court.

In the same Facebook post, Mr Masagos also appealed to Singaporeans not to waste the $5 billion the Government forked out in the Solidarity Budget to combat the virus. Thus, only if we diligently practice social distancing and stay at home can the ‘Circuit Breaker’ be effective.

Please be responsible at public spaces like wet markets and supermarkets, and don’t gather anywhere else.