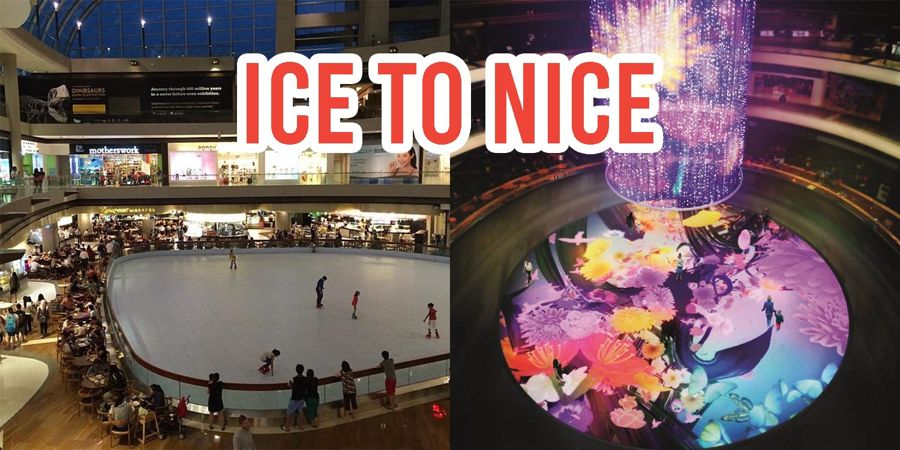 Back when the indoor ice skating rink first glided into The Shoppes @ Marina Bay Sands, everyone thought it was a cool idea to be able to ice skate at a swanky mall. 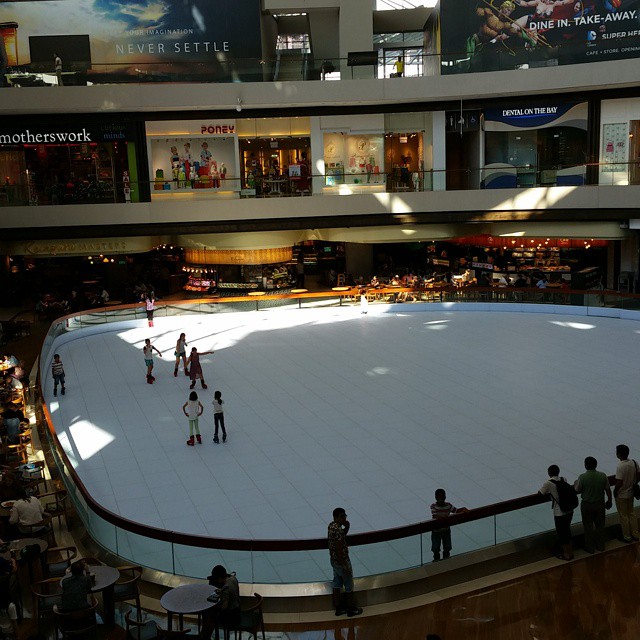 But the cool factor of ice skating in the middle of MBS melted away, just like your ice cream cone on a sunny day.

Just look at that turnout. Maybe shoppers really didn’t want to get judged for ice skating badly in full view of the public. Who would have thought?

Well, the skating rink is no more.

In its place, is every Instagram enthusiast’s favourite kind of attraction — an interactive vibrant digital art display.

The imaginative world of digital arts

The new permanent attraction, named the Digital Light Canvas, features a 14-metre tall LED light sculpture, gracefully suspended from the ceiling of the North Promenade of The Shoppes at Marina Bay Sands.

What was the cold hard ice skating ground will be retrofitted with a LED screen-floor 15 metres in diameter.

Just imagine an exaggerated fairy light decoration coupled together with a modern interpretation of a multi-coloured disco dance floor. 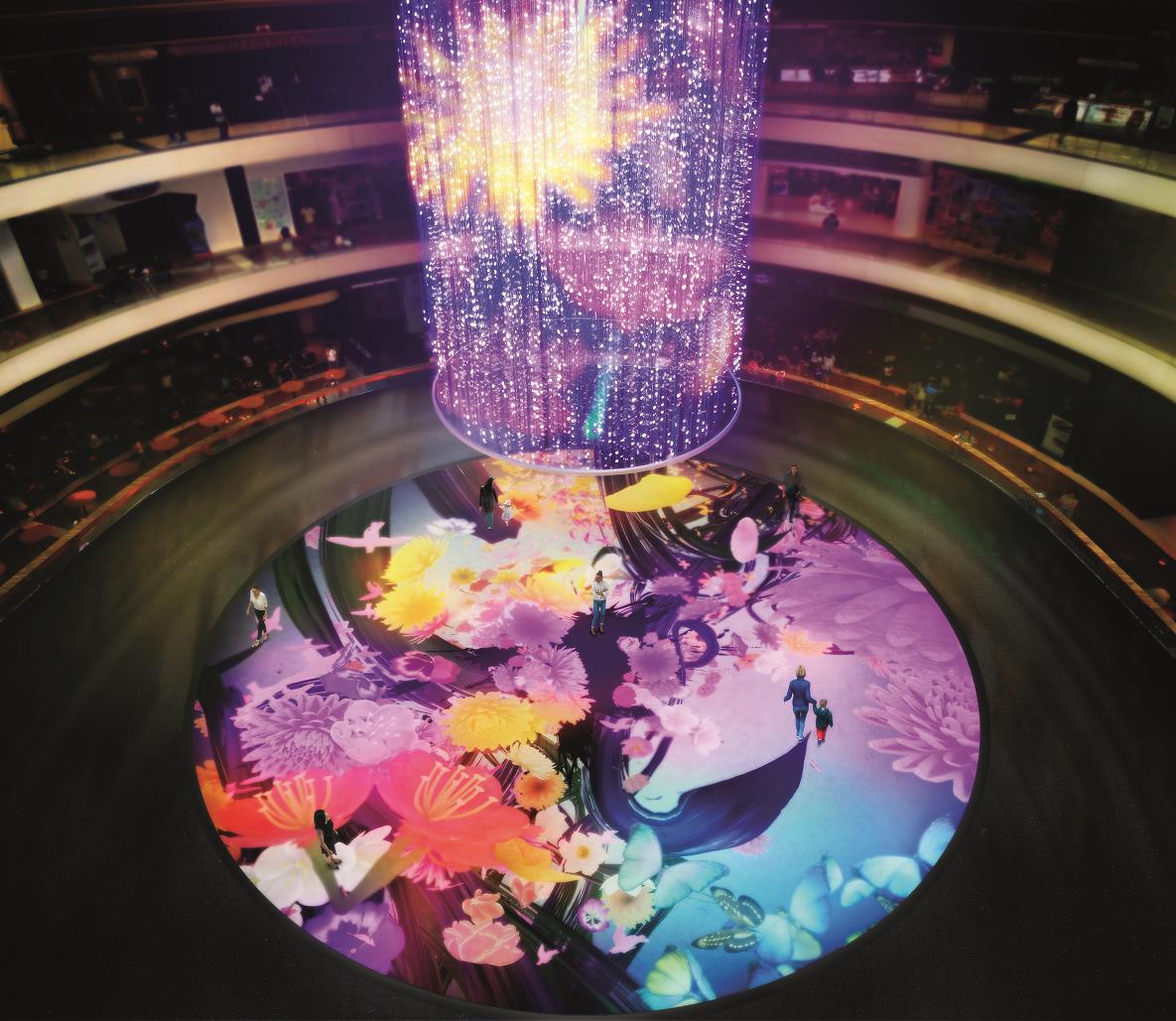 Of course, only something this flashy can be showcased at the world-famous Marina Bay Sands.

The new installation includes technologies that allow us in the real world to connect with the digital world, by introducing visual elements that react according to the actions and behaviours of participants.

The attraction will also have four dedicated show modes that run throughout the day: Nature’s Rhythm, Strokes of Life, Personalised Expressions and Festive Celebrations.

According to Mr Toshiyuki Inoko, Founder of teamLab – the company producing the Digital Light Canvas – participants can expect “an experience that transcends and ambiguates the boundaries between people and art work”.

In simple English, that means a seamless and immersive experience.

Do more with your smartphone

Other than just #doingitforthegram, there’s more you can do with your smartphone at the attraction.

Visitors located around will be able to contribute their own customised messages and digital reactions – such as fireworks – by connecting to a dedicated WiFi service on their smartphone.

People have proposed on a cable car, in the Singapore Flyer, and atop the Sands Skypark.

You can add the Digital Light Canvas to the list. With a fee of $50, you will be able to cast a special message on the LED floor to celebrate a special event or show off a pretty epic way to say “will you marry me?”.

But you should probably be the first few who does so, or it wouldn’t be so special anymore.

Admission into the installation costs $5 per person, while children below the age of two years will be able to enjoy it free of charge.

Digital Light Canvas will open on 22 Dec, just in time for the holiday season.