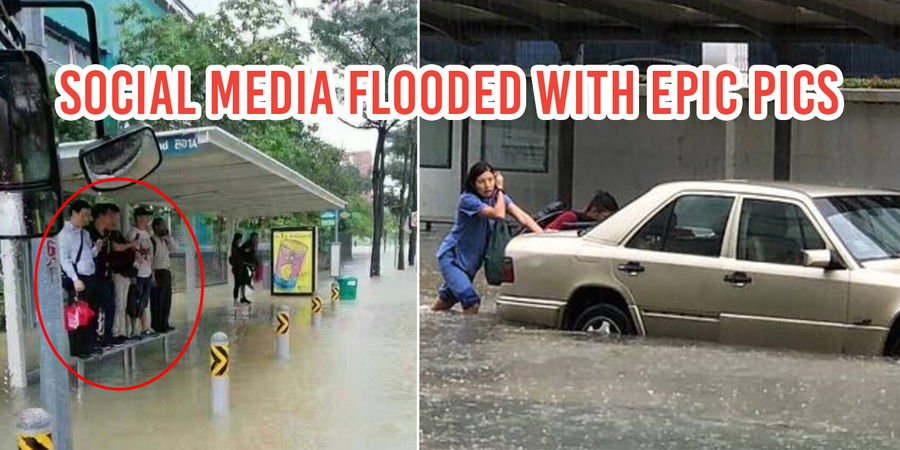 Due to intense rain on the morning of 8 Jan, flash floods that occurred mainly around the East side of Singapore, redefined the saying of creating waves of hysteria.

Overflowing drainage due to heavy showers resulted in many flooding streets that were inaccessible to morning commuters.

The streets weren’t the only things flooded, however. Social media also saw an upsurge in pictures and videos of people and cars, being overwhelmed by rising water levels.

The sheer amount of content generated was truly epic, so let’s dive right into some of the best footage that captured this rare phenomenon.

Forget traditional superstition, we think that opening up your umbrella indoors – specifically in this lift – would probably be the luckiest decision to make if you’re planning to reach the office dry.

Simply by taking a look at the video above, one can infer that the rain was harsher than cats and dogs.

However, with the frequency of lift breakdowns, it’s difficult to tell whether the rain was harsh or this elevator shaft was simply poorly built.

Even buses need a break. 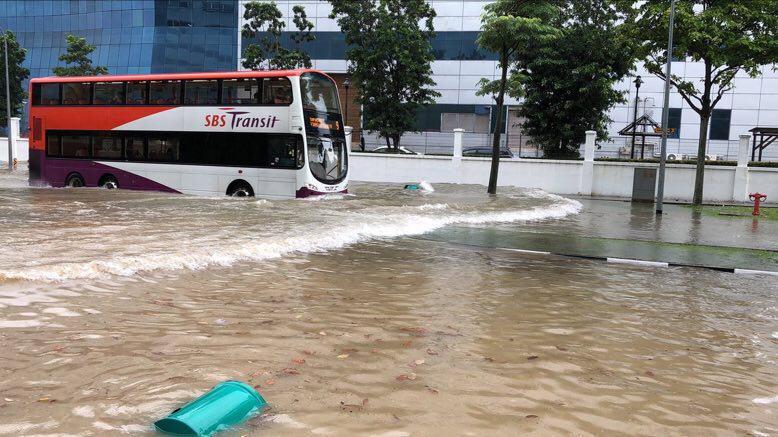 Seeing this SBS bus riding along some gnarly waves is radical sight to behold. Of course, the bus was making waves rather than riding them.

Surfer puns aside, this does give a clear picture that flood levels were alarmingly high. Thankfully, the bus was heavy enough to remain grounded.

The same could not be said for the following vehicles though.

3. Cars trying to be James Bond

One of James Bond’s cars does have the ability to submerge into the deep, so the special agent can go wherever he pleases.

Unfortunately, this special feature does not apply to all cars.

In another video of this Volvo, the alleged driver of the vehicle was seen to be nonchalantly walking away from his immobilised car. Looks like someone simply ran out of floods to give.

Walking away from the car is odd considering how cars in Singapore are the most expensive in the world. Most people on the other hand, would go to any lengths to save them — like this determined lady.

While some may be willing to drench themselves amidst the storm, others put out all the (bus) stops to ensure they remain dry. 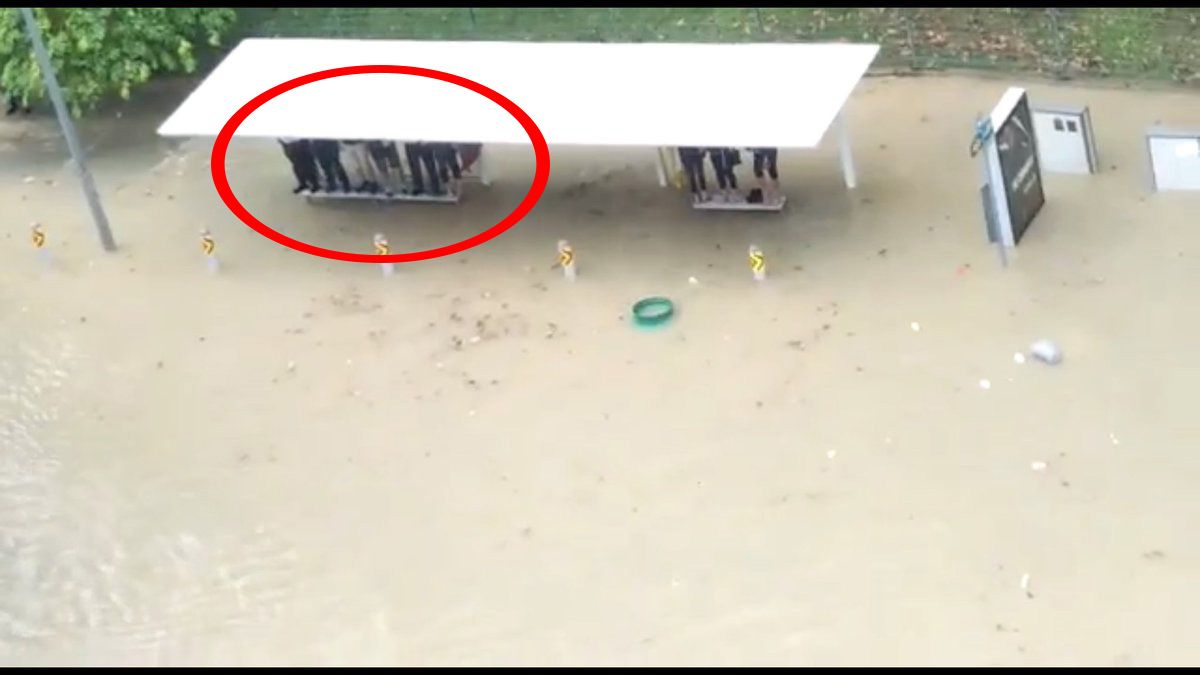 At first glance, standing atop bus stop seats is a creative solution to prevent oneself from being soaked in murky flood water.

However, this begs the question of — What happens if the bus arrives to save you? Won’t your efforts amount to nothing anyway? 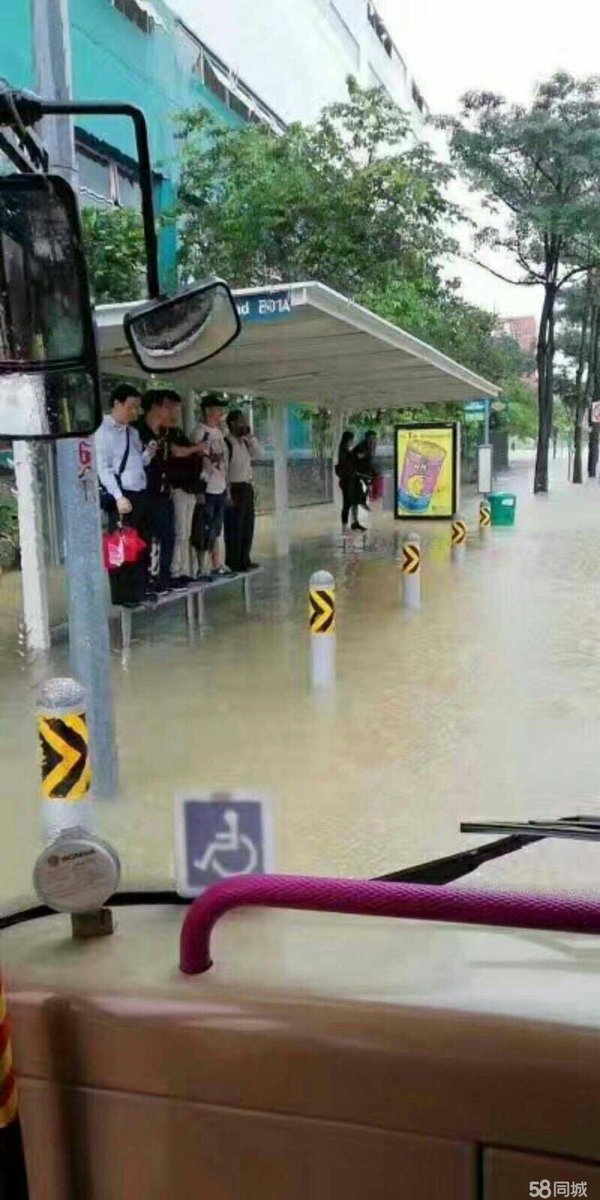 Perhaps dismantling the seats to build a bridge to the bus may be a good pre-work team-building exercise instead.

Most Singaporeans would reject the flood, working out the best possible way to get around the murky water.

But some – the creative ones – realised that the best option was to simply let the water help you. 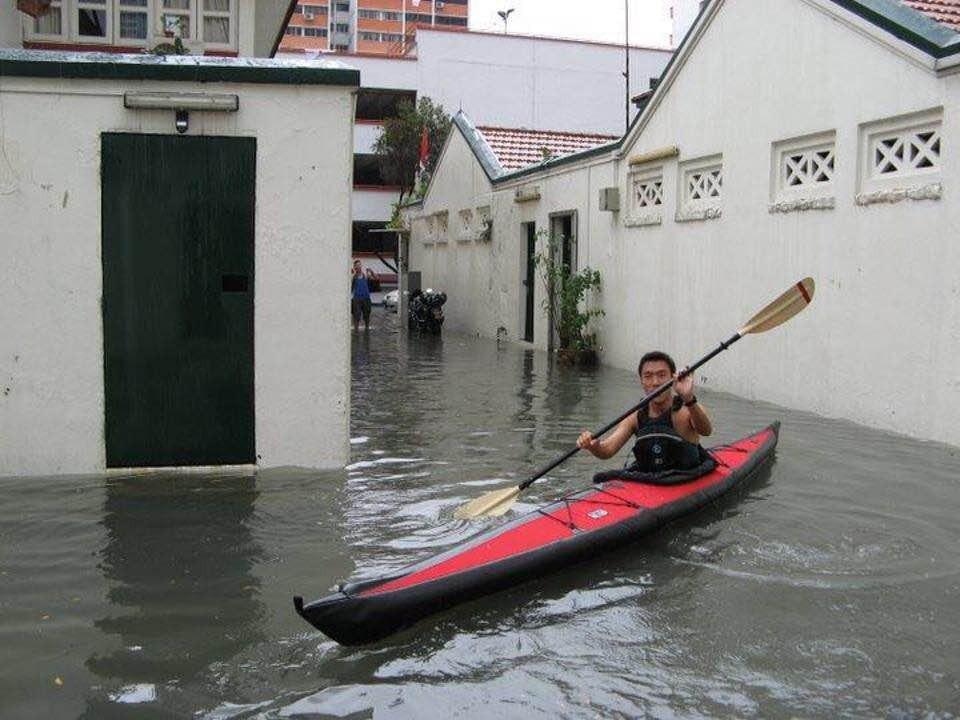 Although we cannot verify the authenticity of this photo, we have to admit that this is indeed a wacky new way to get to work.

Imagine having to explain to your boss why you’re wearing a life vest and parking your kayak next to your desk.

Be careful out there

While most of us may laugh at all the epic photos which have captured the recent flood, there are definitely real dangers involved as well.

This is due to the insane amount of damage to property and lives that floods have been known to inflict, when they are not dealt with properly.

As the authorities are continuing efforts to mitigate the situation and improve drainage, we advise all our fellow Singaporeans to exercise special care when the rain hits us this hard again. 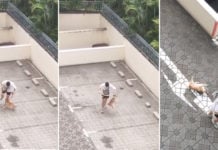 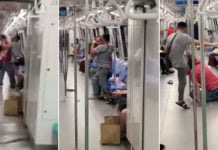