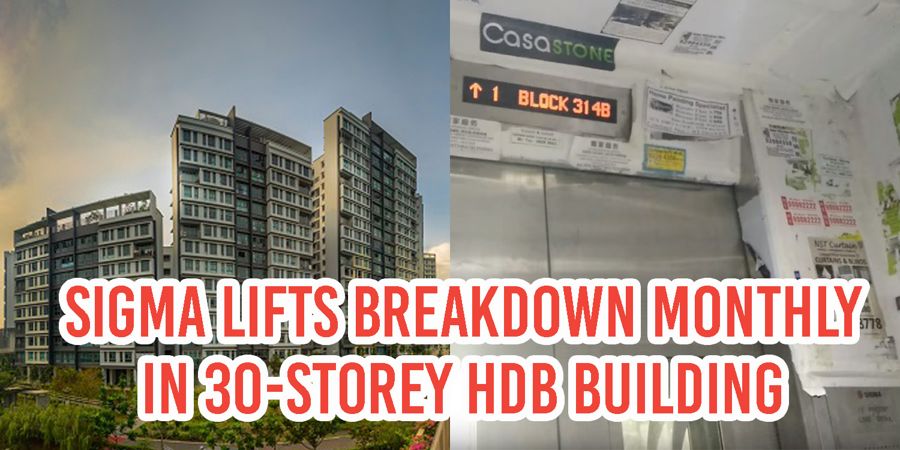 Sigma, the lift company at the heart of the horrifying Yishun lift incident on New Year’s Day, has constantly made headlines in 2017 for endless lift-related issues.

Currently, Sigma has installed about 3,500 of approximately 24,000 lifts in HDB estates. That’s almost a 1 in 6 chance that your HDB flat’s lift is Sigma-made.

Banned from tendering for new Housing Development Board (HDB) projects since Oct 2015, they’re also responsible for 8 other lift-related mishaps in HDB estates all over Singapore.

Here’s hoping that your estate is not one of the unlucky ones. 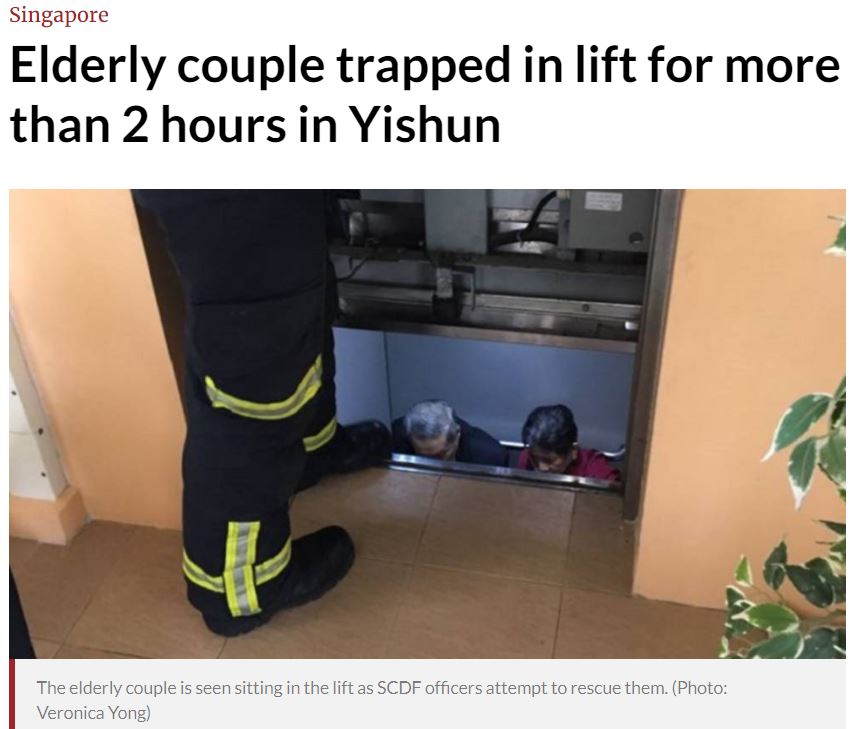 A poor elderly couple was forced to spend 2 hours on New Year’s Day trapped in a lift.

Sigma staff were unable to restart the lift “because of a problem with spare parts”, according to Channel NewsAsia (CNA).

To make matters worse, both seniors had histories of high blood pressure and were beginning to get giddy and pale.

Faced with this potentially life-threatening situation, Sigma personnel decided it was a good idea to head to another building to get said spare parts.

They were promptly stopped by the couple’s concerned son, because priorities.

In the end, the couple was extracted through a tiny gap by Singapore Civil Defence Force (SCDF) personnel, concluding their 2-hour ordeal.

We’re sad to report that the lift was still not fixed by the end of this sordid affair. 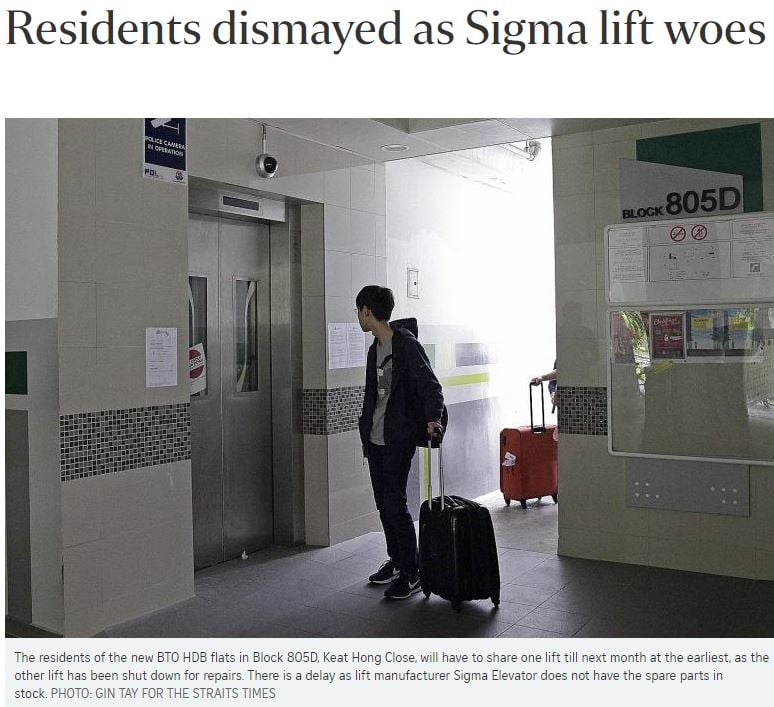 Just like train breakdowns, it’s not unreasonable for commuters to expect immediate fixes for a damaged lift.

Or so the residents of 19-storey Block 805D at Keat Hong Close thought, in their relatively new HDB estate in Choa Chu Kang.

But when Sigma was asked to service one of two malfunctioning lifts, they requested for 2 months to fix it due to – you guessed it – a lack of spare parts in stock.

The 2-month delay was supposed to be due to the “size and weight of the spare parts”. Apparently, Sigma could only ship them via boat instead of flying them directly into Singapore.

That said, we struggle to understand why Sigma’s supply chain delays have to be borne by residents as well. In sunny Bukit Batok, Skyline II’s two Sigma lifts have been infamous for breaking down at least 7 times between May and June 2017 alone.

You may be wondering if residents can choose to take the stairs instead.

Unfortunately, one does not simply climb a 38-storey building when both lifts are down.

Creative residents have resorted to creating Whatsapp groups to warn each other about the frequent lift faults.

At least they can also reuse the groups to share information about multiple train faults as well.

4. Sigma lift technician arrives late to fix Bishan lift as he was stuck in traffic With such unreliable hardware, perhaps Sigma should salvage their reputation with efficient service?

A Sigma lift technician was slammed for arriving late to fix a Bishan lift that was stuck, because he himself was stuck — in traffic.

That fateful day on 5 Aug, nine people – including infants and seniors – were trapped for more than an hour, when the lift at Natura Loft stalled between two levels.

Of the nine, three seniors were eventually placed on drip, once SCDF arrived to save the day again.

FYI, Natura Loft is 40-storeys high. We can’t even begin to imagine the high levels of terror these residents were put through. 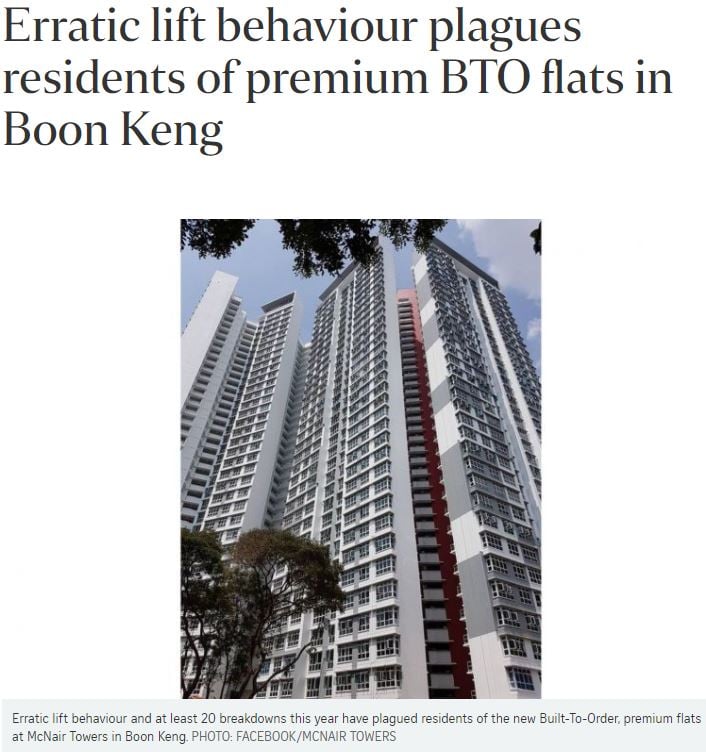 McNair Towers in Boon Keng is home to a HDB first. Free-falling lifts rides for brave residents, albeit for “just a few floors”.

Residents have reportedly resorted to avoiding the problematic lift in question. Clearly, the uplifting ride wasn’t as popular as intended.

Then again, with a lift breakdown almost every week since April, it’s no wonder that the appeal has diminished.

Though we’ve covered more mature estates in this list, we have to give Sigma props for brand consistency.

Even brand new lifts at premium Build-To-Order flats have not been spared from the Sigma curse.

6. All Sigma lifts at Waterway Cascadia grounded by fire alarm 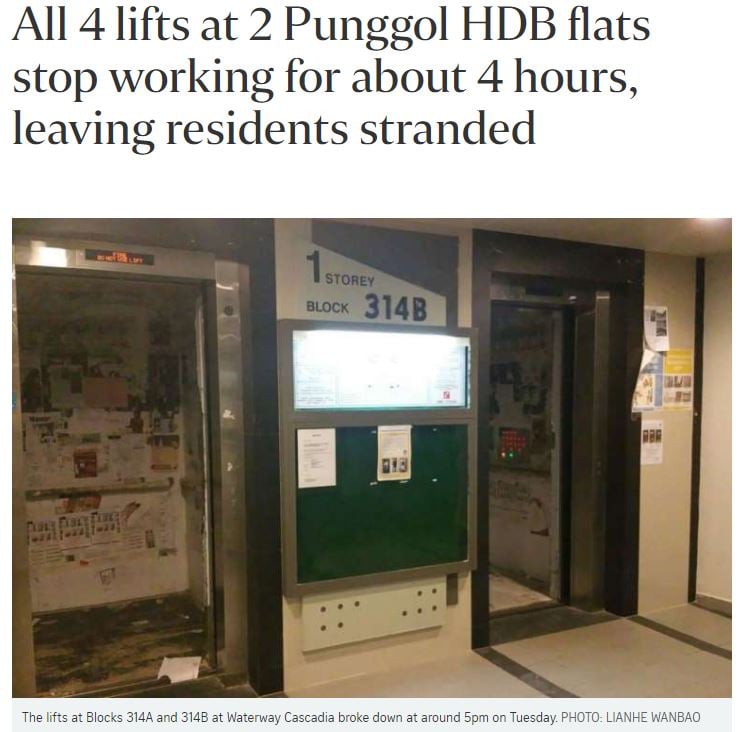 In 30-storey Waterway Cascadia, Sigma lifts could not handle the heat when both lifts were grounded because a fire alarm went off.

To be fair, Pasir Ris-Punggol Town Council explained that it wasn’t Sigma’s fault. A faulty fire protection system had been activated, which caused all Sigma lifts to be grounded.

Only this wasn’t the first time Waterway Cascadia residents faced problems with their lifts.

Sigma lifts had already been breaking down repeatedly or been out-of-service for long periods of time.

Namely, a breakdown frequency of at least once per month since Sep 2017.

Residents have since taken the frequent lift breakdowns in their stride.

Maybe recent train issues have conditioned Singaporeans to be more accepting of fault-ridden modes of transportation.

You know that things have gotten out of hand, when a Member of Parliament (MP) has to step in.

MP Sun Xueling took to Facebook to detail a plethora of Sigma lift issues plaguing her constituency “with increasing momentum”. 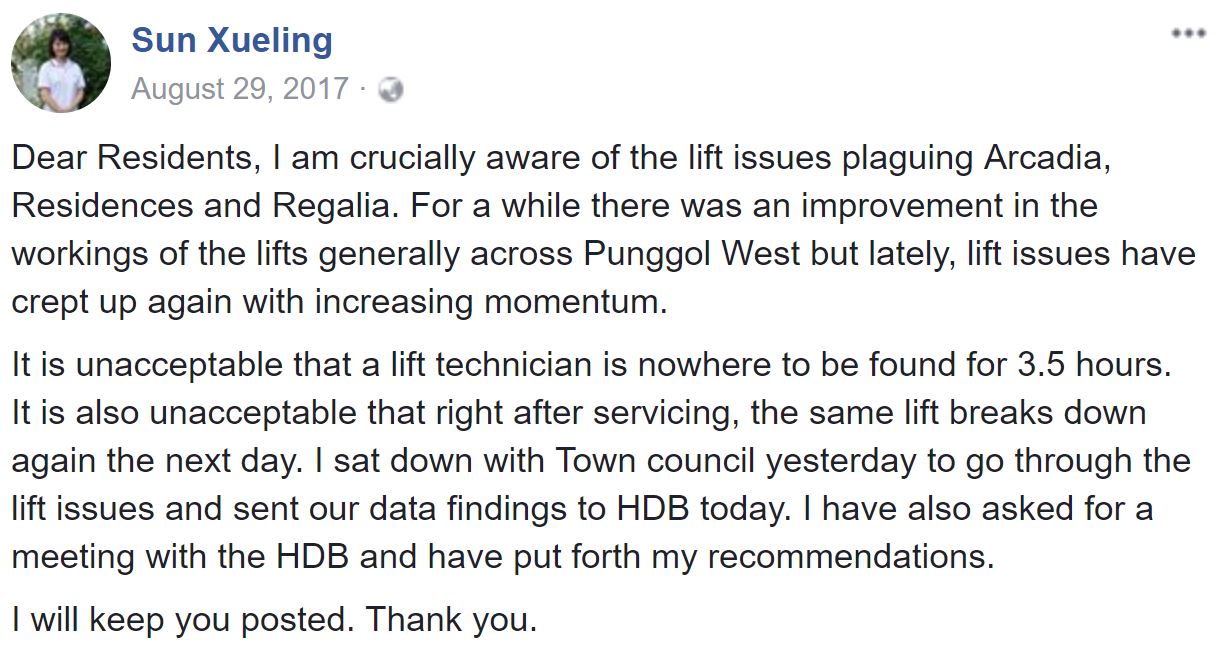 She promised to seek accountability on behalf of her residents, in response to a 3.5 hour wait for a Sigma lift contractor to fix a particular lift at the estates in question.

Ms Sun alleged that immediately after servicing, the same lift broke down again the next day.

At the time of writing, however, there still seems to be no clear solution from Ms Sun, HDB or Sigma. 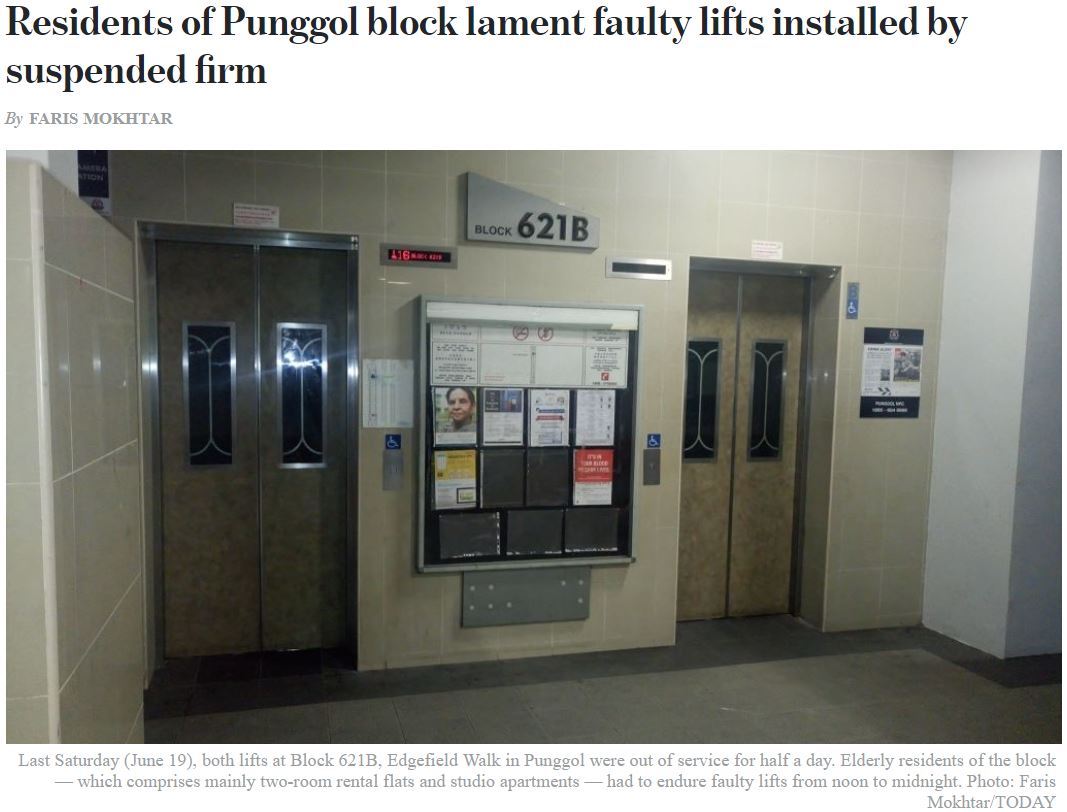 Finally, in the idyllic mature estate of Edgefield Walk in Punggol, senior residents of Block 621B have been living with faulty lifts for an entire year.

On one occasion, both lifts servicing the block were out of service for a grand total of 12 hours.

Frequent lift faults have also been a recurring problem, despite ongoing efforts by Sigma technicians to repair them.

The daily dose of early morning trauma is definitely not the adrenaline rush they had in mind.

According to CNA, Sigma identifies two possible causes for the never-ending issues with their lifts.

Desperate to parry blame away from their company, Sigma seems to have resorted to blaming dirt and riders themselves for misusing Sigma lifts.

Sigma added that they’re working closely with HDB and town councils to put up signs in order to raise awareness on how to use the lifts properly.

Since they can’t seem to fix the lifts, they figured that educating residents on proper lift usage protocol would be more effective.

Is it worth waiting for Sigma to fix the problem?

From MRT breakdowns to the endless list of Sigma lift incidents, we wonder if it’s worth playing catch-up in a game that has no clear end in sight.

With Sigma’s dismal track record, how can we trust this unreliable operator to fix malfunctioning lifts they installed in the first place?

Perhaps it’s time for HDB to exercise their contractual rights and demand for compensation to replace every faulty Sigma lift, once and for all.

Until then, residents of these estates will just have to continue bearing the daily inconveniences and risks to actual human lives.