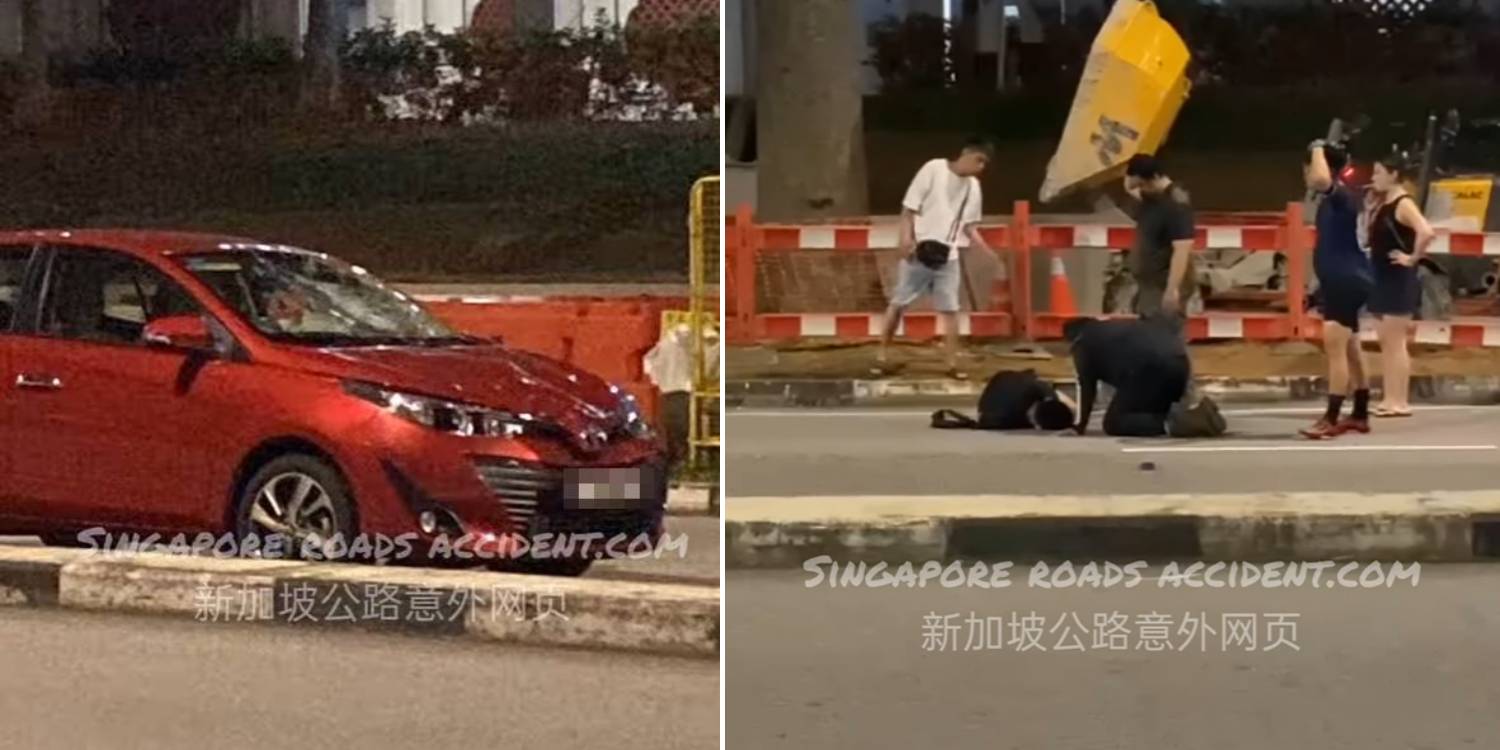 They are being investigated for giving false information too.

Three people, two men and a woman, were arrested for suspected drink driving. However, all of them denied being behind the wheel at the time of the accident.

On Tuesday, police confirmed that a 35-year-old man was the driver of the car.

The trio were arrested and were assisting with investigations but initially refused to say who was behind the wheel.

Police gave an update on Tuesday to TODAY, saying that the 35-year-old man is believed to be the driver.

The driver is expected to be charged with careless driving causing death, as well as drink driving.

All three of them are also being investigated for giving any information that a person knows to be false to a public servant and for intentionally obstructing the course of justice.

Driver wasn’t making a delivery at the time of accident

The accident between the e-bike and red Toyota took place at around 11.23pm near Block 130 Choa Chu Kang Avenue 1 on 27 Sep. The 28-year-old food delivery rider reportedly had a son aged less than two. He was also recently married.

Foodpanda released a statement noting that the rider was not fulfilling any orders for them at the time of the accident.

Grab also said the driver had worked for them but wasn’t making any delivery at that time.

Those guilty of drink driving face up to one year’s jail and up to S$10,000 fine.

For causing death by driving without due care or reasonable consideration, one can be jailed up to three years, fined up to S$10,000, or both.

For obstructing the course of justice, one can be jailed up to 7 years, receive a fine, or both.

Giving any information that a person knows to be false to a public servant is punishable by up to 2 years’ jail, a fine, or both.