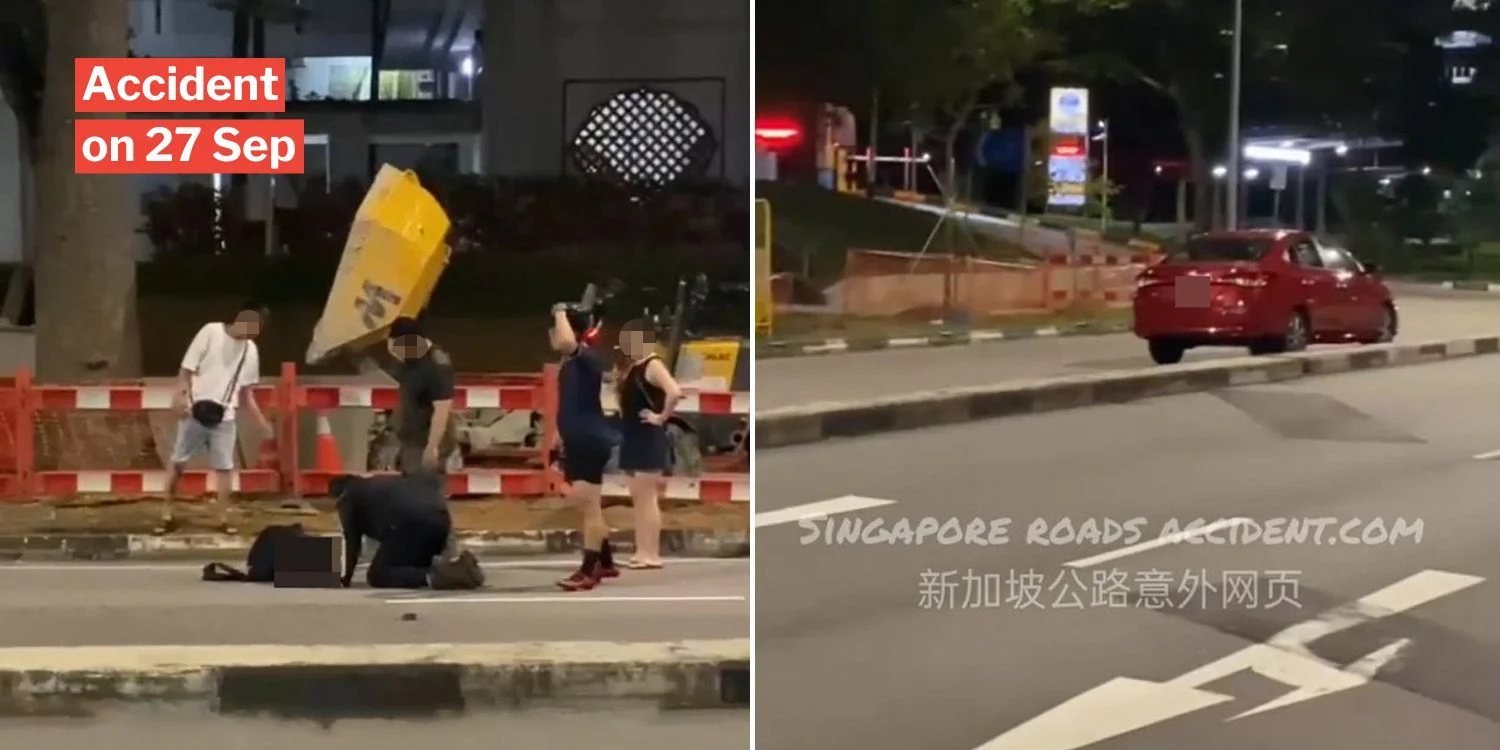 Footage of the aftermath of the accident showed the rider sprawled on the ground as passers-by checked on him. 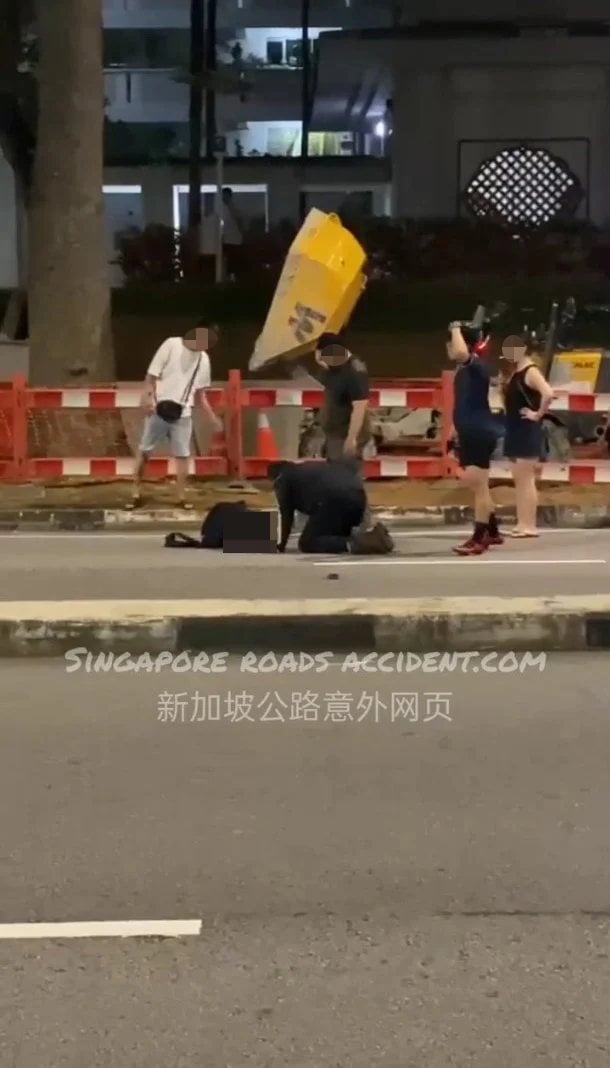 The 28-year-old eventually succumbed to his injuries in hospital.

According to 8World News, police arrested two men and one woman for drink driving as well as careless driving causing death.

In a video on the Singapore roads accident.com Facebook page, a food delivery bag can be seen on the road with some items strewn around along Choa Chu Kang Avenue 1. 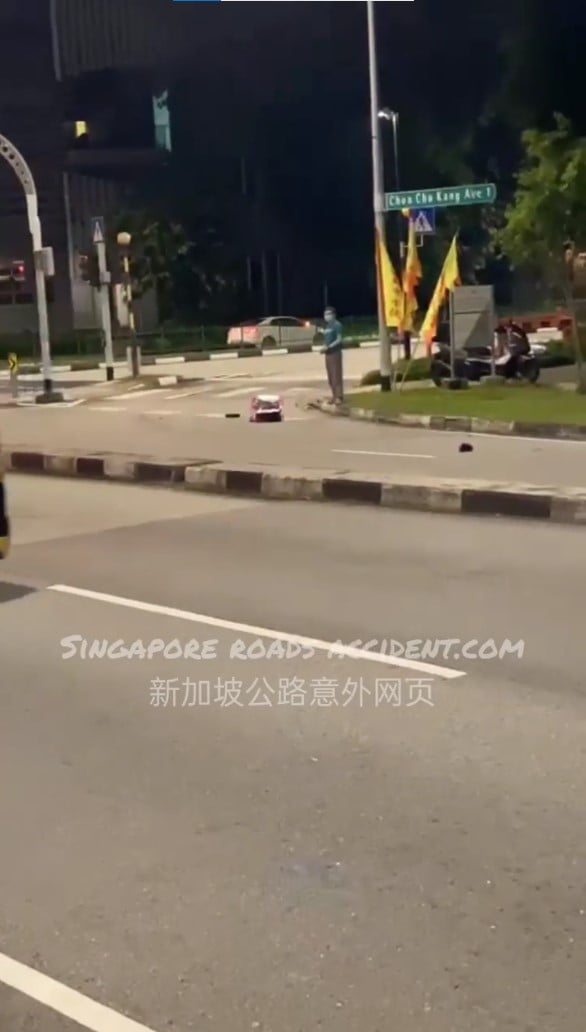 Several metres away, a man laid seemingly unmoving on the road. At least seven people were lingering within a short distance from him.

One man appeared to be kneeling on the ground while checking on the rider.

Further down the road, a red Toyota, the car believed to have made contact with the rider, stood stationary in the rightmost lane. 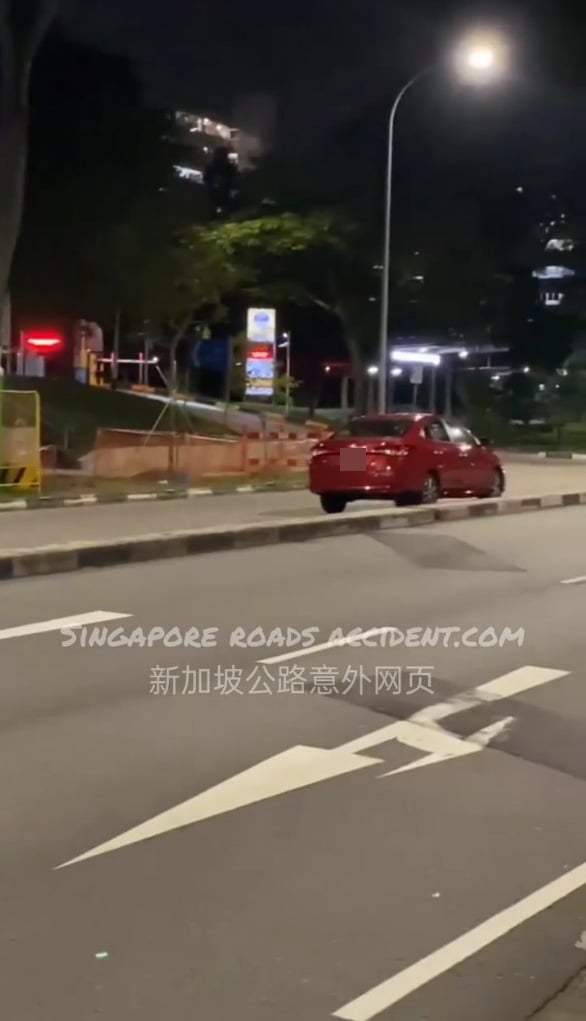 After arriving at the scene, they conveyed two people to Ng Teng Fong General Hospital.

The police confirmed with 8World News that that they received an alert regarding an accident between a car and an e-bike at about 11.23pm.

Paramedics conveyed a 28-year-old e-bike rider who was unconscious to the hospital. Unfortunately, he later passed away.

Police also arrested a woman and two men between the ages of 32 and 36. All three are suspected of drink driving and careless driving causing death.

If a first-time offender proves guilty, they face up to one year’s jail and a maximum S$10,000 fine.

For driving without due care or reasonable consideration, offenders face up to three years’ jail, a maximum S$10,000 fine, or both.