AMK Fitness Corner Wheel Spins On Its Own, Netizen Jokes Ghosts Like Exercising Too 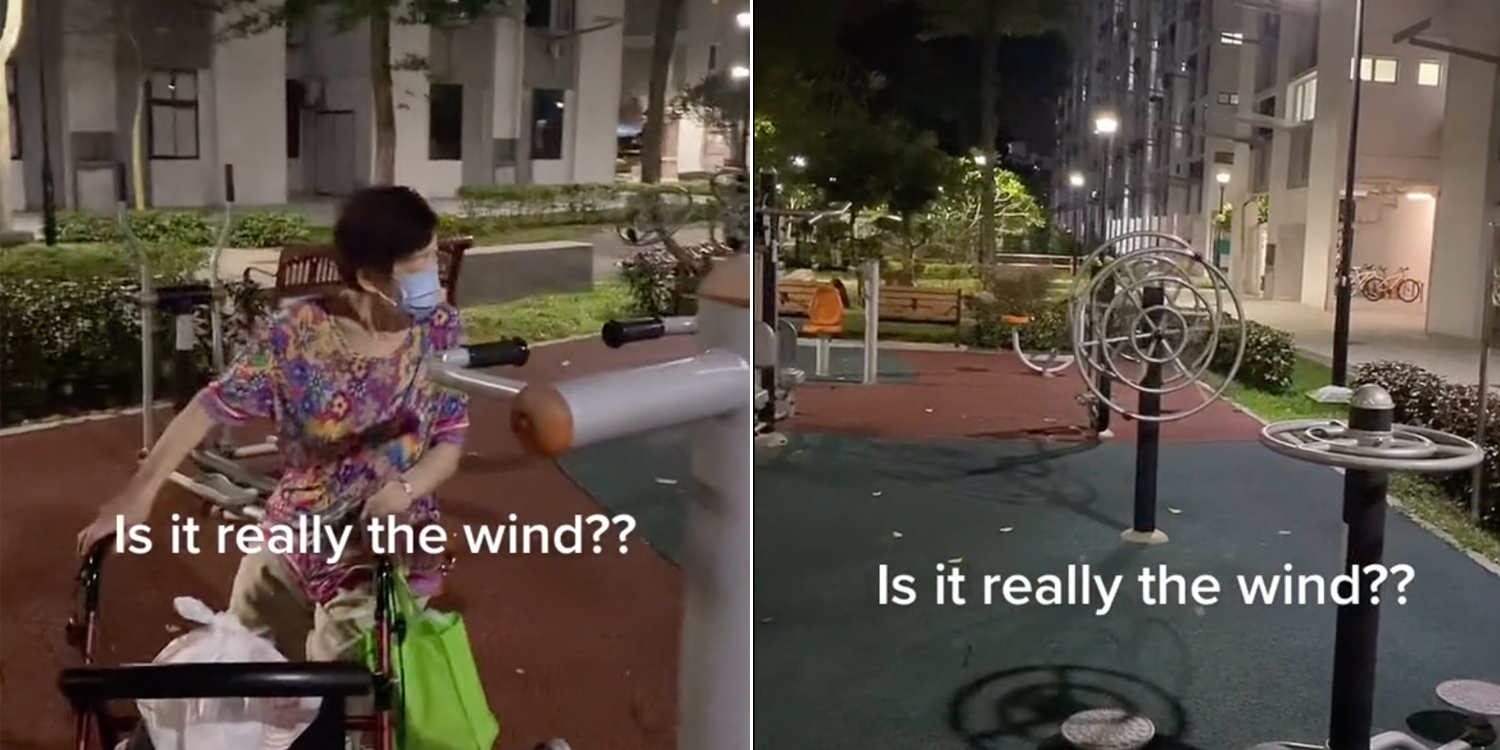 The elderly woman seemed unperturbed by the wheel.

The lunar 7th month is upon us and many believe that during this Hungry Ghost Festival period, souls of the departed will roam the earth.

It is a time when many of us are more acutely aware of strange and bizarre happenings around us.

On Saturday (14 Aug), a TikTok user shared a video of a fitness corner wheel continually spinning on its own at Ang Mo Kio.

Omg what the hell haha #scary #encounter #ghost #or #wind

In the video, the woman could be heard joking that the ghost is exercising.

Fitness corner wheel spins on its own continuously

The video, filmed at night at an Ang Mo Kio fitness corner, showed the wheel spinning at a rather fast pace on its own for a good 45 seconds continuously.

A caption on the video asked if it was really the wind spinning the wheel.

The man filming the video could be heard speaking in Mandarin saying that the wheel was moving on its own.

An elderly woman sitting nearby agreed, saying that it could be because it has been more cooling and windy lately.

Later in the video, the man remarked that some people thought it could be a ghost.

The elderly woman then said she thought so too.

When the man asked what they should do, the elderly woman then nonchalantly returned to her cycling on the stationary bike at the fitness corner, seemingly unperturbed by the eerie encounter.

Not the first time bizarre things happened at the fitness corner

According to a netizen in the comments section, this is not the first time such bizarre happenings have occurred at that fitness corner.

He shared another 20-second video where the health walker equipment was moving on its own.

At one point in the video, both the health walker and the wheel can be seen moving on their own.

Watching the TikTok, some netizens joked that even ghosts like to exercise.

As for whether it was really the wind or something supernatural, netizens were torn, some insisting that it was just the wind.

Others were even more sceptical, saying that the TikToker spun the wheels himself before recording the video.

We may never know for sure

Not everyone is superstitious or believes in spiritual creatures but sometimes, inexplicable happenings do occur, and seemingly more so during this period.

However, one might find that there’s usually an explanation for why seemingly supernatural occurrences take place.

As for whether it was the TikToker, the wind, or something more that had caused the spinning wheel, we guess we may never know for sure.

What do you think it was? Let us know in the comments.