They saw a woman with jet black eyes.

The 7th lunar month, AKA the Hungry Ghost Festival, is now upon us. During this period, incense and food offerings placed by the roadside are a common sight. 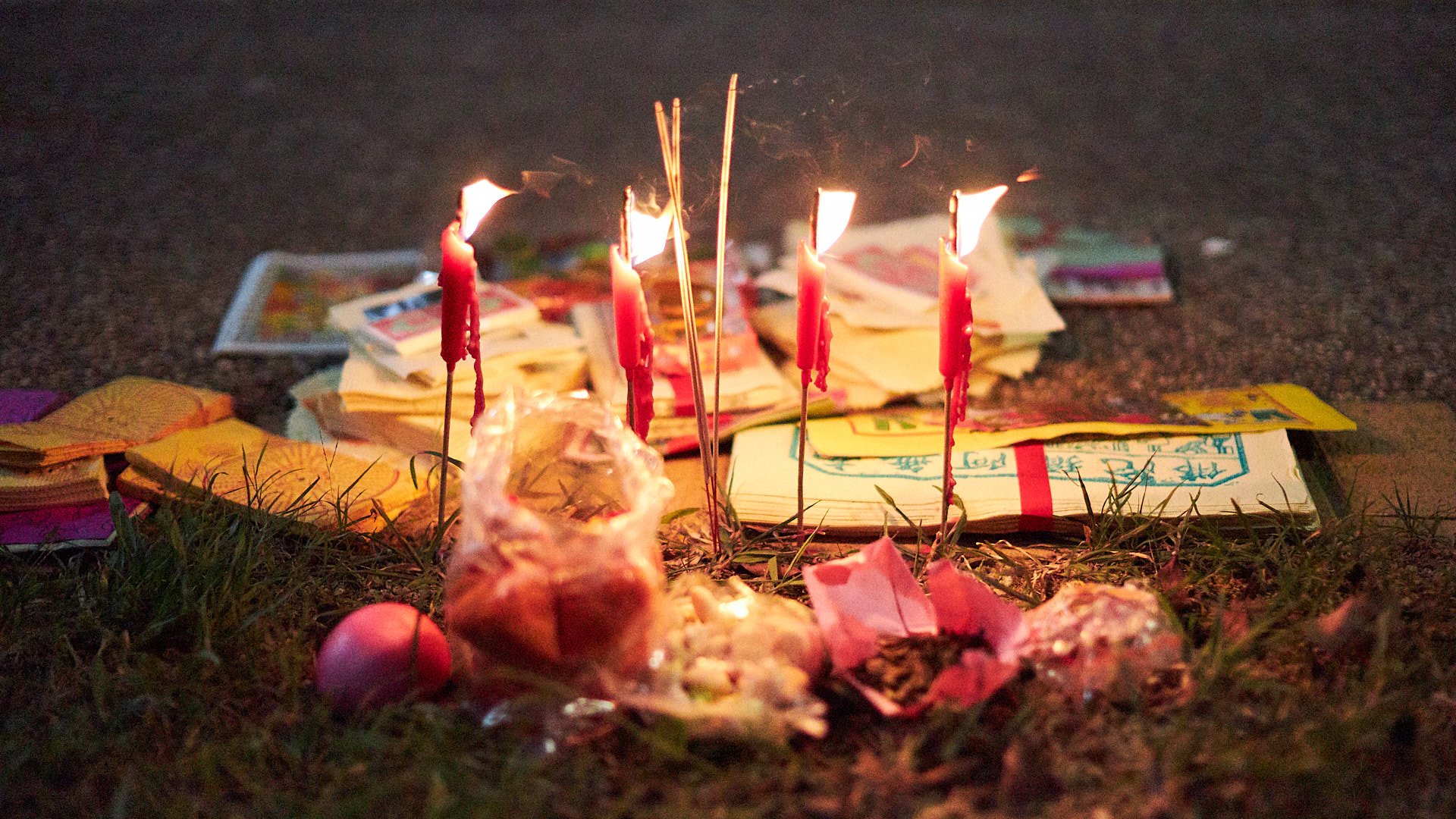 On Sunday (8 Aug), a 15-year-old teen walked below his Marsiling HDB block when he accidentally walked into a circle of candles.

That was when things started getting creepy—he immediately felt something “perched on top” of him, with nails digging into his skin.

And that was only the beginning of his hair-raising experiences that night.

On Sunday (8 Aug), the very first day of the Hungry Ghost Festival, the teen accidentally walked into a circle of candles with rice scattered around.

According to the post on @sgfollowsall, he started to feel something “perched on top” of him. He claimed that it felt as if nails were digging into his skin.

Ignoring the sensation, he went on to meet his friend.

As the pair walked, a woman with long hair and clad in white cycled past them, humming a strange song.

All of a sudden, she turned back at them and smiled. Both the boys noticed that her jet-black eyes and her pale complexion.

Following that, they heard the sound of bells and spotted a black figure in the distance.

The 2 friends then headed to a McDonald’s outlet in Woodlands to grab some food.

After placing their order, one of the teens placed his wallet and phone on the receipt while waiting.

Mere seconds later, the boy picked up the receipt to look at it. Eerily, the once clean receipt now had mysterious fingerprints on them. 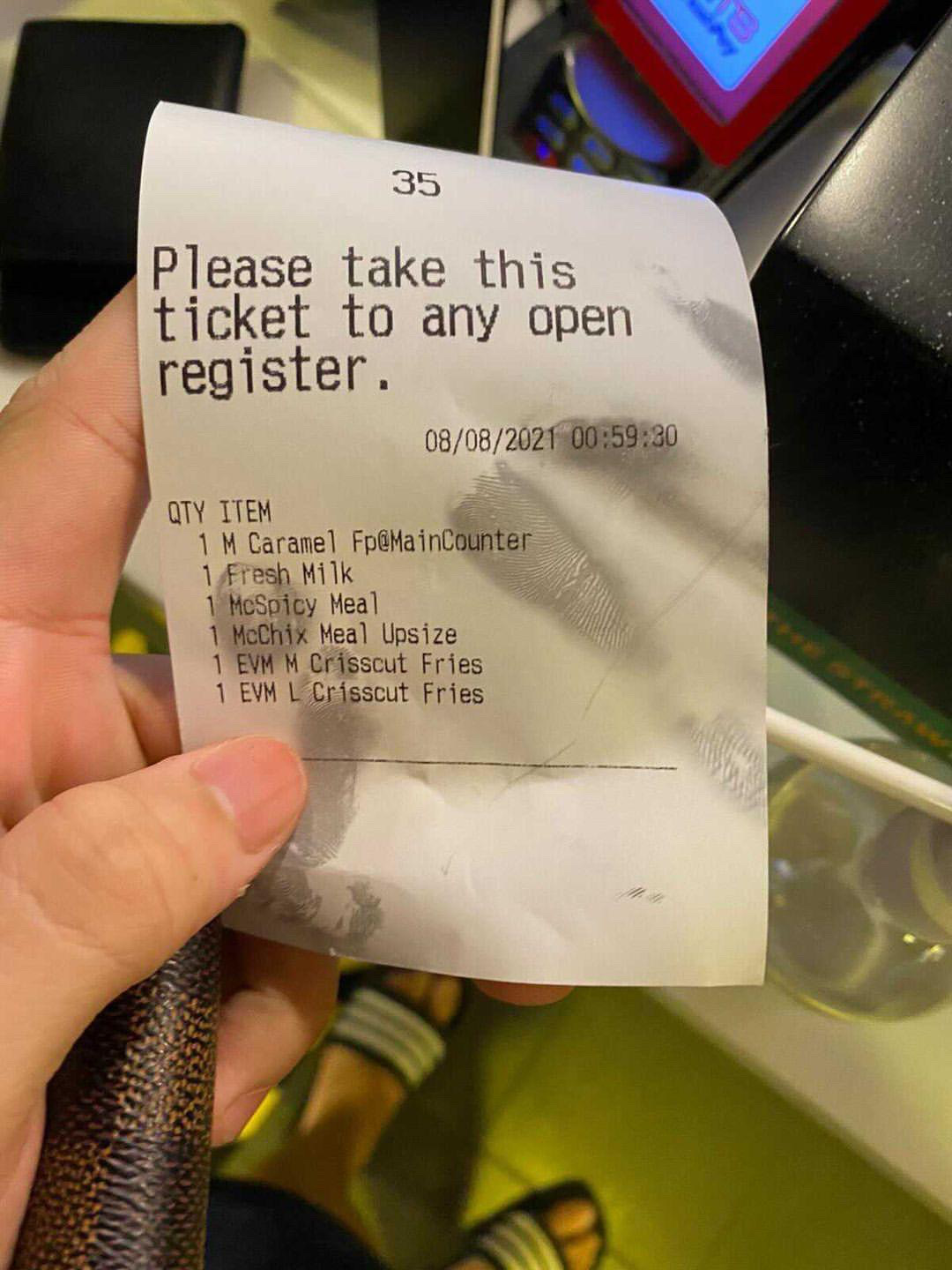 They found it bizarre because no one could have touched the receipt in such a short period of time.

The 15-year-old said the fingerprints did not match any of theirs, and when they tried to leave prints of their own, it was not possible.

White figure spotted on a hill

After the series of creepy events, the boys started making their way home.

Along the way, they began recording on their phones to see if there would be any more spooky encounters.

When they heard a tree branch crack nearby, they used the night mode on their phones to look up a dark hill.

There, they saw a white figure walking around. The boys felt that the figure resembled the lady who cycled past them earlier in the night. 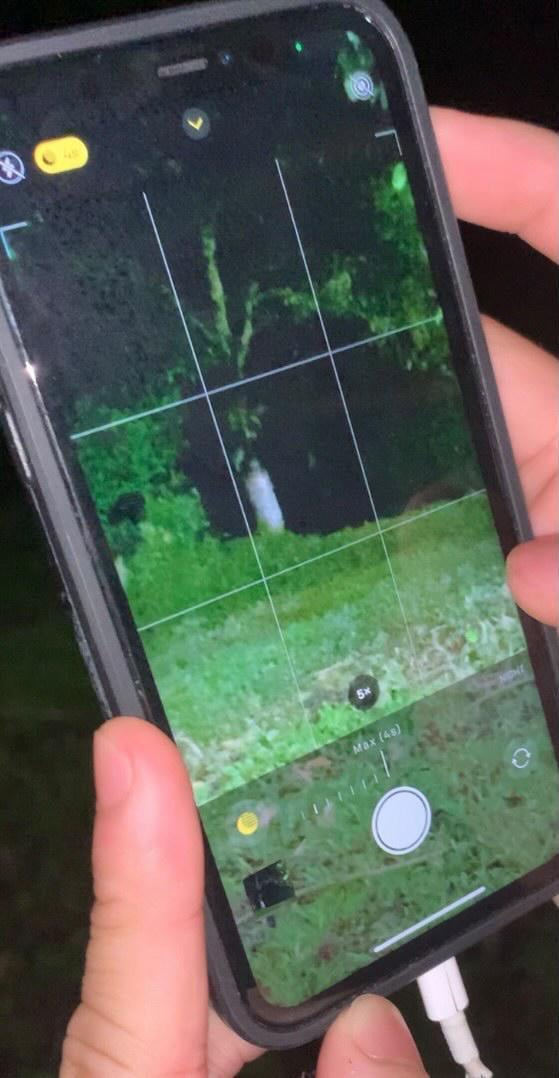 They eventually walked off but noted that a black cat was staring at them at one point, and they continued to hear “weird noises”.

Glad that the boys made it home safely

Not everyone believes in spiritual creatures, but sometimes, it can be hard to make sense of eerie encounters like this.

It’s also too much of a coincidence that this happened at the start of the Hungry Ghost Festival.

Despite the harrowing experience, we’re glad the 2 boys made it home safely at the end of the day.