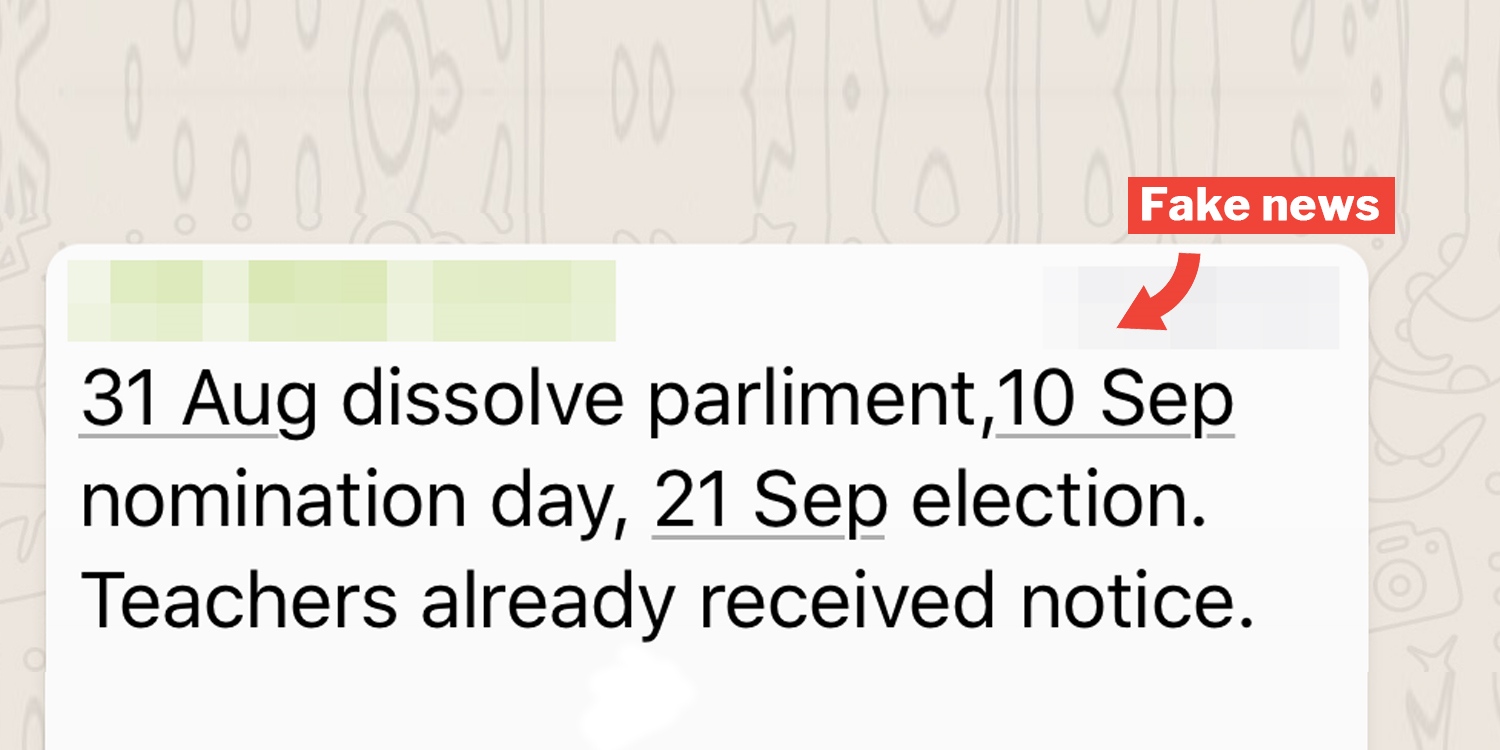 Recently, some Singaporeans have received WhatsApp messages claiming that the Singapore General Elections (GE) will be held on 21 Sep and that teachers have already been notified accordingly.

The message was so widespread that a thread was created on the HardwareZone forum discussing the viral message.

On Tuesday (13 Aug), Election Department Singapore (ELD) responded to MS News’ query, clarifying that the information did not originate from them and called it “fake news”.

Viral message claims GE will be held on 21 Aug

According to the HardwareZone thread created last Friday (9 Aug), numerous Singaporeans received WhatsApp messages claiming that the GE will be held in September.

One forum user shared the following breakdown of dates that he received:

In addition, the message also claims that teachers – some of whom perform election duties – have been notified of the date.

Some forum users pointed out that it is unlikely for the elections to be held during this period.

Some claimed that put a strain on resources if the GE coincided with the F1 race happening from 20 – 22 Sep,

On Tuesday (13 Aug), ELD responded to our query, clarifying that the dates circulating on online forums and via WhatsApp were not issued by the relevant authorities.

ELD also shared that teachers did not receive any notification informing that the GE will be held on the rumoured dates.

The dates for nomination and polling mentioned in the online forum/WhatsApp are not from the Elections Department. It is also not true that teachers have received such a notification. They are fake news.

General Election is “not imminent”

According to TODAY, this is a sign that the GE is “not imminent”, as electoral boundaries are typically redrawn a few months prior to the GE.

For the previous election, the EBRC was formed 3 months prior to the GE, which was held in Aug 2015.

According to the Constitution, even though each parliament has a term of 5 years, it can be dissolved at any time during this period by the President, on the advice of the Prime Minister.

The President will also issue the Writ of Election ordering an election to be held.

The GE must be held within 3 months after the dissolution of the parliament.

If you know someone who’ve received such a message, share this article with them so they do not fall trap to fake news.