Youths under the age of 21 are not ready to take on the “significant personal responsibility” of voting at elections, says Trade and Industry Minister Chan Chun Sing.

The minister was replying to a question fielded in Parliament on 5 Aug by Nee Soon Member of Parliament Lim Wee Kiak.

The debate about voting ages began when the Progress Singapore Party (PSP) called to have voting ages lowered to 18. The rest of the world has done the same, says PSP member Michelle Lee. While Chan Chun Sing argues that youths should only be given the responsibility of voting when they become adults at age 21, he also mentions that teens can contribute through the SG Youth Action Plan.

Adolescents express their thoughts on policies and work on projects with the government together with mentors assigned by the MCCY.

Voting should be done responsibly

Voting in an election requires maturity because it carries the responsibility of deciding the people who will run the country.

Perhaps younger Singaporeans between 18 to 20 want to voice their thoughts on, say, the education system and National Service.

However, other issues such as housing, employment, salaries, CPF, and healthcare require capable MPs and leaders to solve.

Students may not be able to empathise with working adults on these issues, and this might affect who gets voted into Parliament.

However, youths are the future of Singapore and perhaps they should be given more say on the country’s direction, because of issues like climate change.

Perhaps one day the government will allow youths to vote, but that doesn’t seem to be so at the moment.

Do you think the voting age should be lowered to 18? Let us know in the comments. 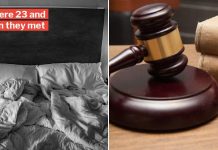 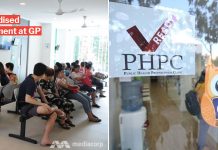