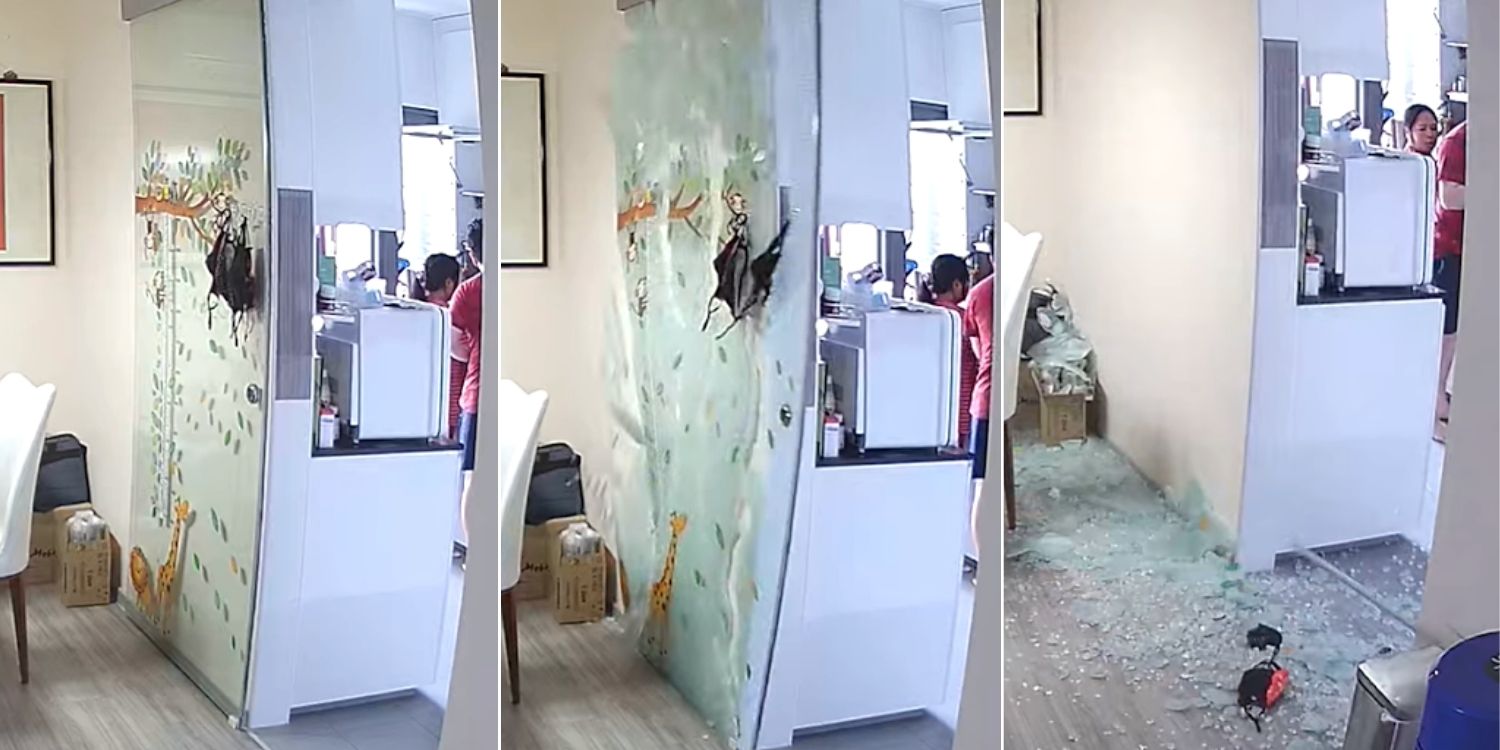 When we are home on a fine afternoon with the little ones, the last thing we want is a sudden threat jumping out of nowhere.

Unfortunately for a Singaporean family with 2 young boys, the abrupt shattering of their glass sliding door sent chills down everyone’s spine.

Ms Eldora, an owner of the household, posted on Facebook today (4 Mar) to share the chilling incident.

The glass shards apparently took them 3 hours to clear, and not without getting minor cuts in the process. But luckily, the incident didn’t result in any serious injuries.

In the Facebook post, Ms Eldora shared a footage of the incident which happened around 4pm last Friday (26 Feb) — the last day of Chinese New Year (CNY).

In the footage, Ms Eldora’s husband is seen walking from the living room to the kitchen.

Just seconds after, the glass sliding door separating the 2 rooms suddenly shattered with a loud bang.

Speaking to MS News, Ms Eldora said that when the incident occurred, herself, her husband, their 2 sons and a domestic helper were all at home.

Loud crying from understandably frightened kids is audible in the background of the video.

She and her husband, however, are relieved that no one was injured by the breakage.

Ms Eldora told MS News that the process of cleaning up the mess was quite arduous as well. 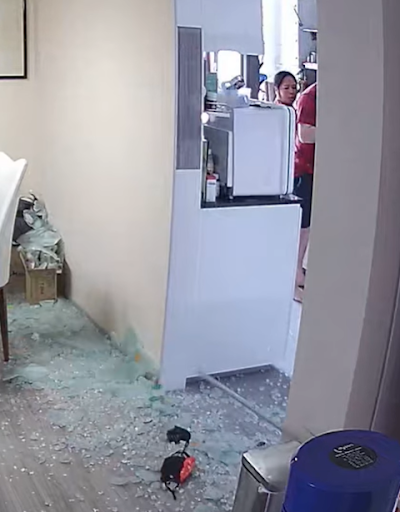 The process had taken them 3 hours, and left them with minor cuts on their feet.

According to Ms Eldora, their contractor apparently failed to respond when they reached out for help.

Hence, she had to look for a handyman to help clear up the loose shards stuck in the sliding track.

The sudden breakage of the glass door came as a surprise to the couple, as it’s made of tempered glass which is allegedly 4 times stronger than normal glass.

However, this is not the first time that tempered glass suddenly shattered out of nowhere. Separate cases have resulted in serious injuries before.

Apparently, the abrupt breakage can be due to several reasons, according to established glass production company Phoenicia.

They include damage during installation, inappropriate glass thickness, and internal impurities which cause internal stress to build up, eventually leading to breakage. 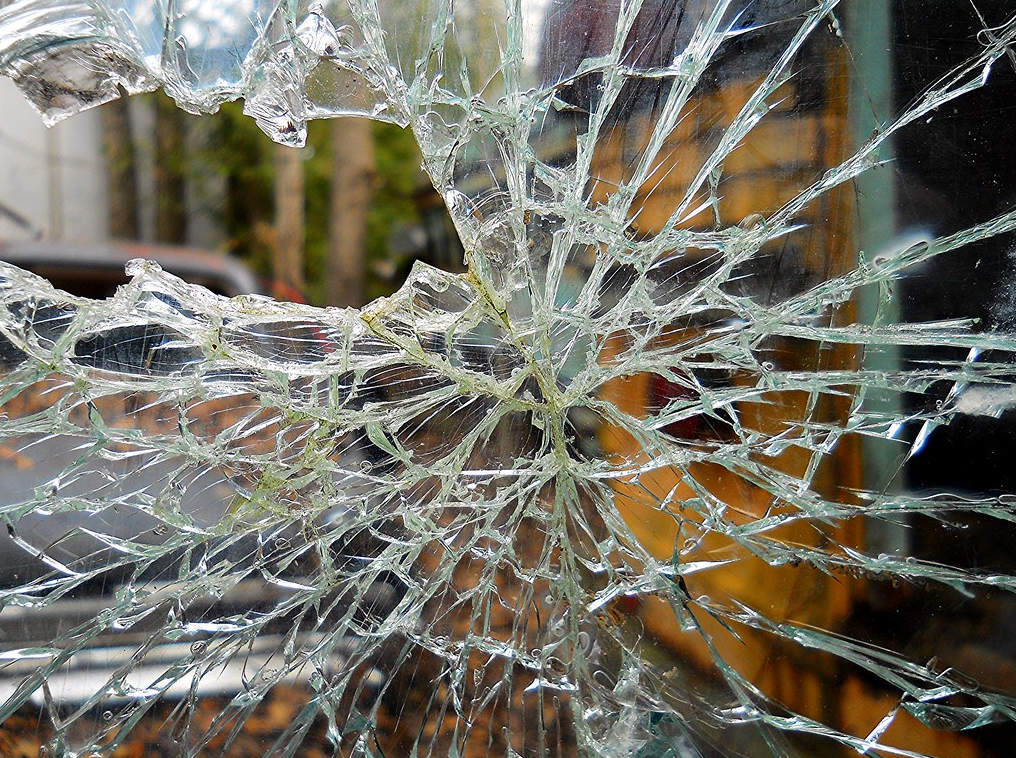 Hopes to find out party responsible

As the glass sliding door at Ms Eldora’s house is not exposed to heat stress or moisture, the cause of its sudden shattering needs further probing.

As of the time of writing, Ms Eldora has yet to get a reply from the contractor regarding follow-up procedures.

We hope the real cause of the shattering can eventually come to light. Meanwhile, we’re glad no one has been injured by the incident.