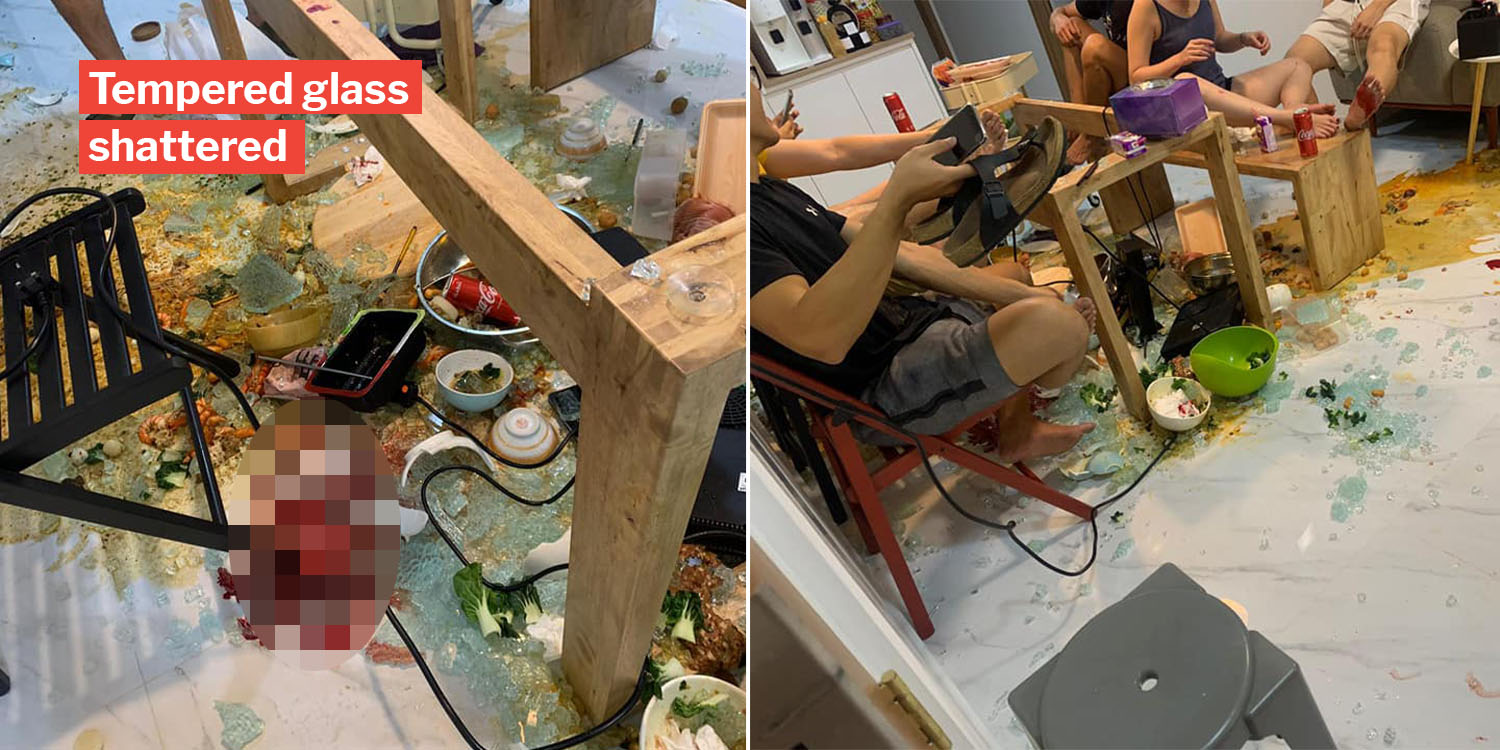 Hope those injured will recover swiftly.

Steamboat dinners are meant to be joyous occasions with friends and family.

But what was originally an enjoyable steamboat dinner turned into a disaster for a Singaporean lady named Stephanie Chu and her friends when the tempered glass table they were dining on shattered halfway through the meal. 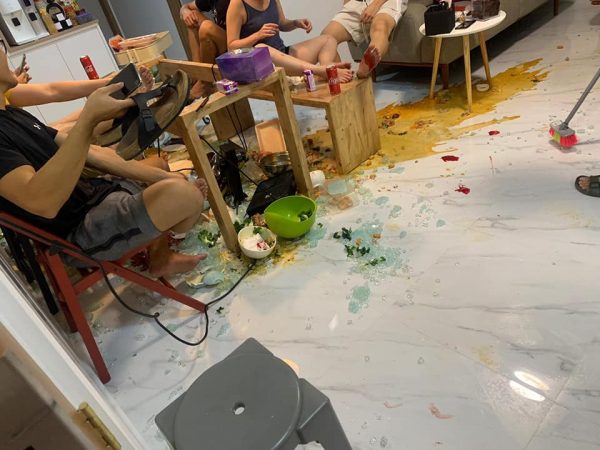 On Monday (20 Jan), Ms Chu took to Facebook to recount her “traumatising” experience. You can read the post in full here. Be warned, it’s pretty long and the pictures attached can be quite gruesome.

According to the post, Ms Chu’s friends gathered at her place for a steamboat on Sunday (19 Jan).

30 minutes into the dinner, Ms Chu and her guests were horrified when the dining table they were having their meal on shattered. 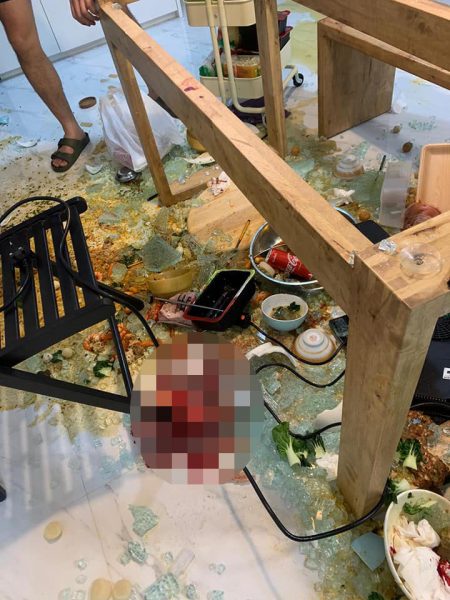 Pots and dishes that were originally on the tabletop instantly landed on the floor, leaving behind a huge mess. 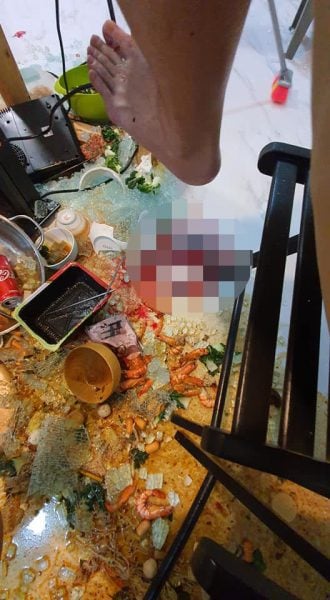 Ms Chu and her friends found themselves in a state of shock post-explosion, and “couldn’t do anything as glass shards and hot soup were everywhere”.

According to Ms Chu, all her guests were injured, some even suffering cuts “bigger than the size of an eye”. 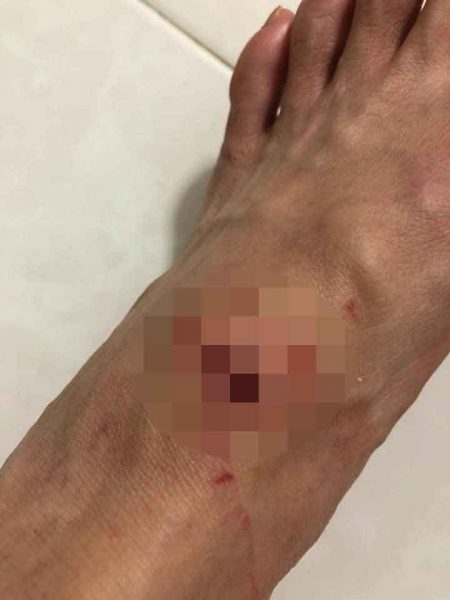 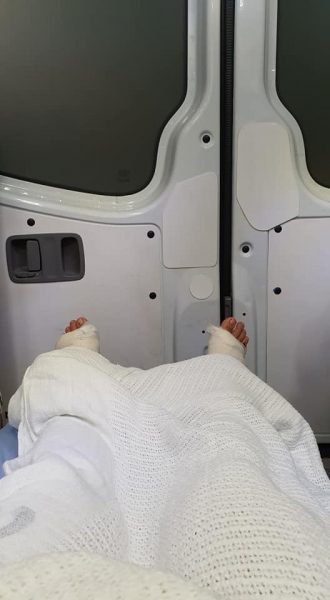 Ms Chu claims the shattering could have occured as a result of thermal stress, even though the thermal glass top was “tough” and was 15mm thick.

She also claims that there were no clear indication as to how much heat the glass was capable of withstanding.

Ms Chu later contacted the furniture company that she purchased the table from to enquire about a possible compensation.

Unfortunately, the company’s director only offered to replace the shattered table top, as the table’s legs were still intact. 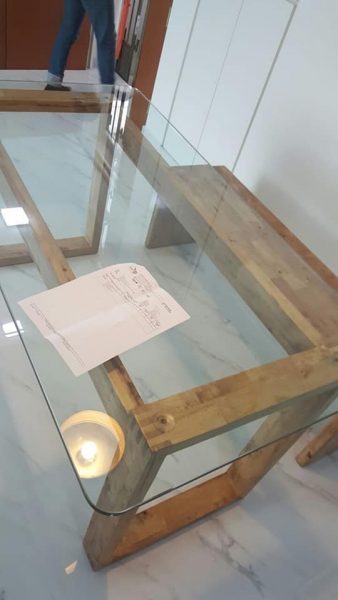 Ms Chu claims she was disappointed by the response, as she was hoping for the company to cover the medical bills and repair costs incurred.

Lucky that no elderly or children were involved

In ending, Ms Chu shared her worries about using the same table that had shattered,

would I be able to eat in peace at my own dining table in future, wondering about the safety of the table from the same company?

To make things worse, this was apparently Ms Chu and her husband’s first CNY at their new house.

Upon returning home from the hospital, Ms Chu broke down, seeing the mess left behind, which she claims smelled like a “crime scene of a murder”.

There was, however, a silver lining amidst all the chaos — the incident did not happen during the Lunar New Year when elderly and children could have been possible casualties.

Hope the injuries sustained were not serious

Commiserations to Ms Chu and her other guests who were injured during the incident.

We hope their injuries were not serious and that they will recover soon in time for CNY.