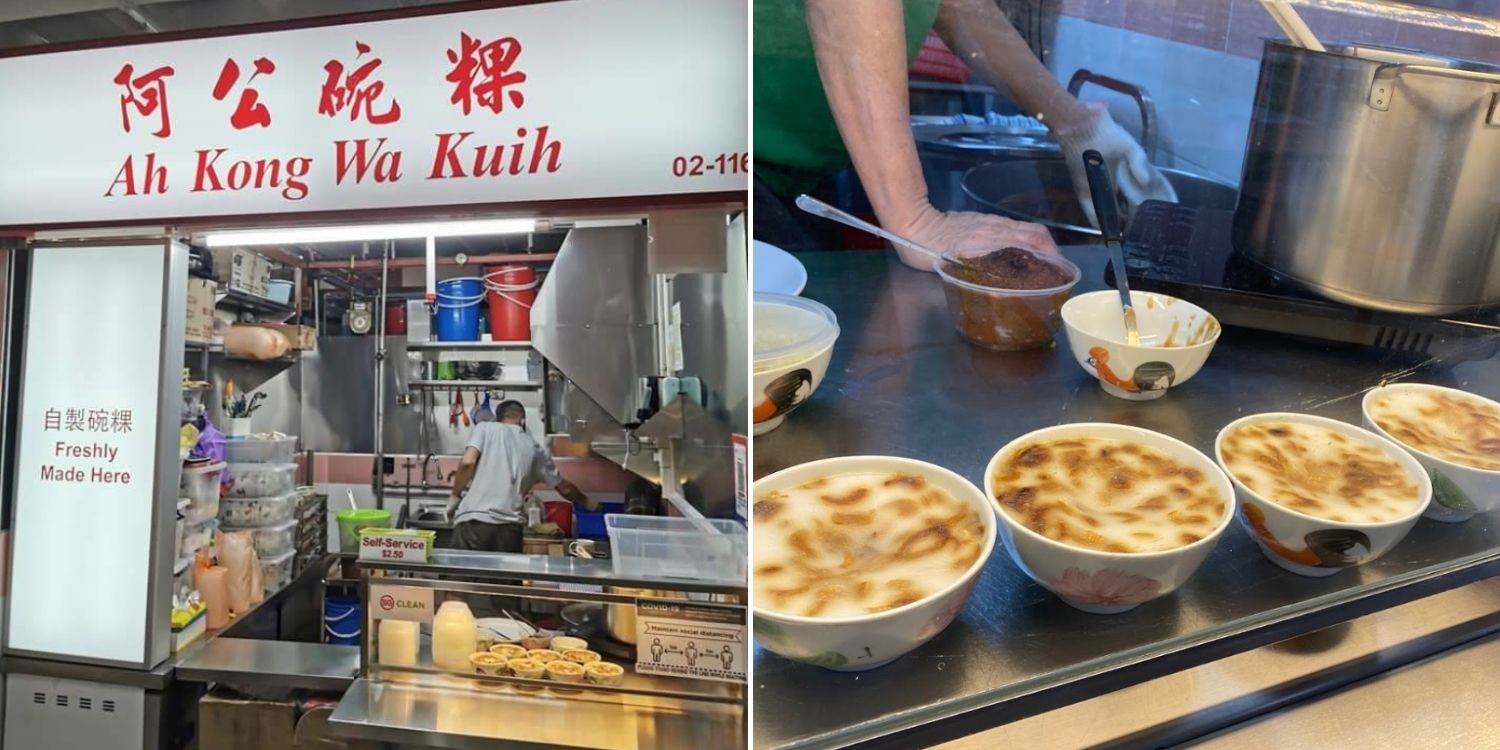 Many aren't aware Singapore even has it.

As the saying goes — old is gold, and the same applies to food in a nation of die-hard foodies.

So when Singaporeans spotted a dish so historic it belonged only in their distant memories, our radars started beeping. 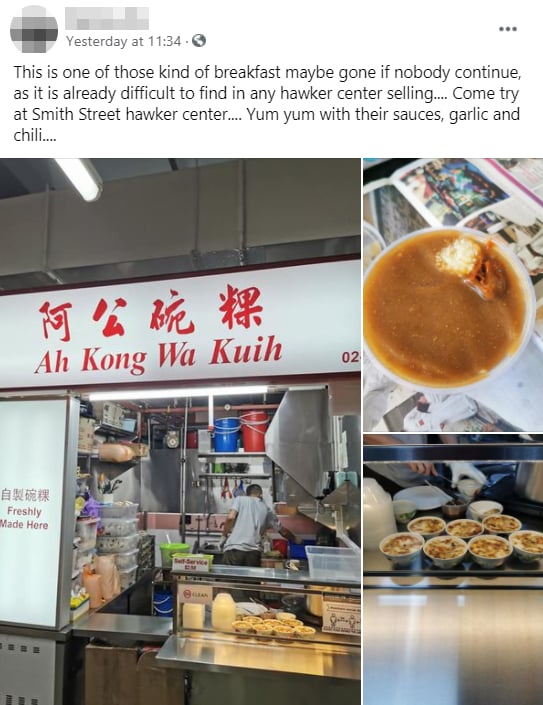 Commenting that it’s ideal for breakfast, Mr Ho’s post sent many netizens marvelling at a name that no one has heard in a long time.

Just what exactly is a wah kueh?

Beloved Hokkien snack from 50 years ago

Bearing a similar name to chwee kueh, wah kueh is also a steamed rice cake that comes with toppings.

The traditional Hokkien snack features both sweet and savoury flavours, and in Singapore, we have it salty. 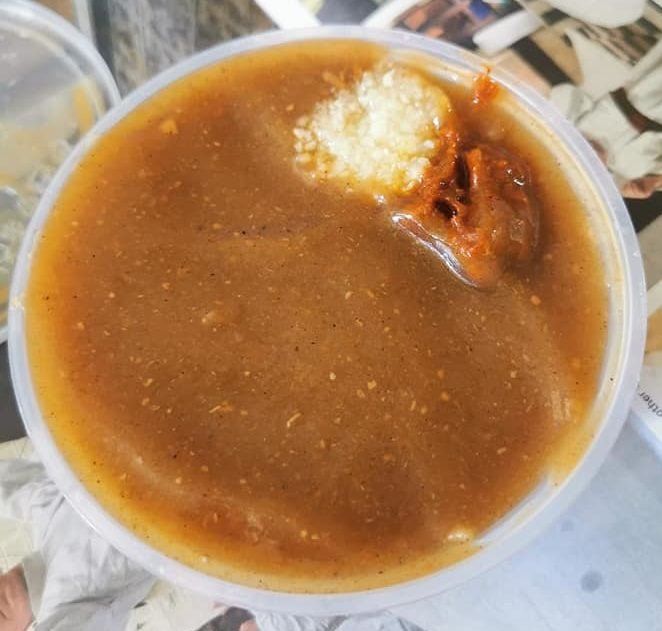 According to Our Grandfather Story (OGS), wah kueh was sold by street peddlers over 50 years ago.

Mr Ho thus quipped in his post that the once-popular snack has gradually faded from many Singaporeans’ memory.

Netizens recall it from distant past

That is, until they came across Mr Ho’s post which brought back a distant memory for many.

One netizen reminisced when they last had wah kueh “several decades ago”, and is excited to have a taste of it again — now that they know where to go.

Some remembered that during their childhood, an uncle on a bicycle would shout “wah kueh” and they’d always get their hands on the popular snack.

Others were simply shook to find out that there’s wah kueh in Singapore at all. Apparently, they’d only had plenty of it in Taiwan, where it remains a popular delicacy.

Chinatown wah kueh is a taste of olden days

If curiosity is already getting the better of you, you can find the uncle’s stall on level 2 at Chinatown Complex.

Here’s how to get there:

As this is one of the few stalls in Singapore selling wah kueh, we expect many to be on the hunt for it.

Given that the uncle starts selling around 7.30am, you might want to head down early to avoid coming back empty-handed.