GrabFood Rider Accidentally Gets Pinned In Lift, Customer Comes To His Rescue 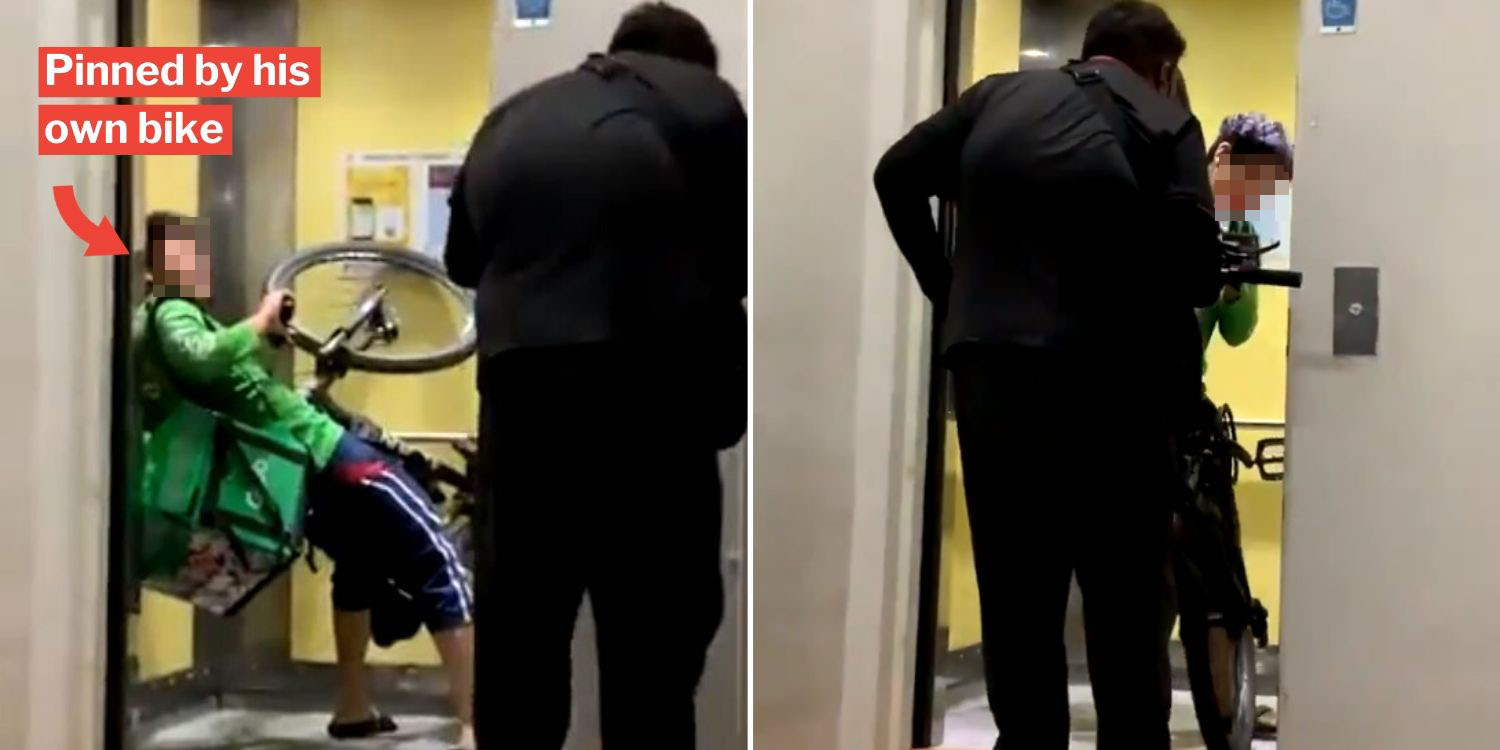 It’s not easy to be a food delivery rider these days.

Although not typically hazardous, the job does come with its dangers – such as having to be on the road all day, exposure to others amid Covid-19, and most recently, being stuck in lifts.

Unfortunately, but hilariously, one GrabFood rider found himself being pinned against a lift wall by his own bike. He was eventually rescued by a supposed customer. 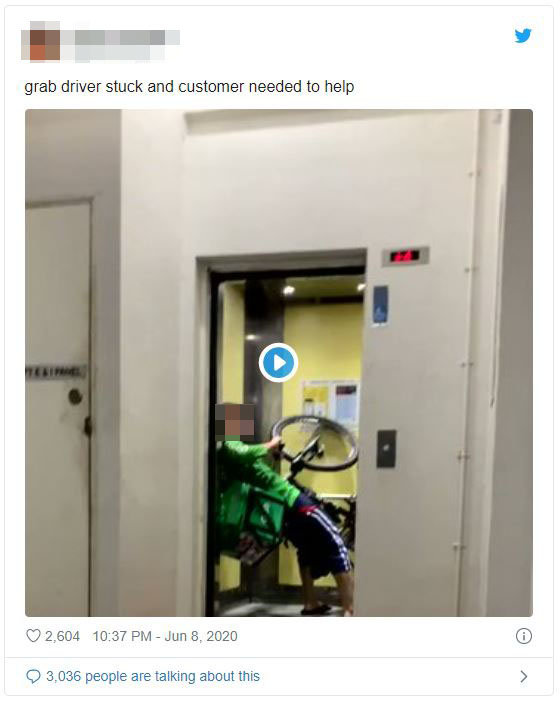 The video of the incident was shared on Twitter on Monday (8 Jun) and has since gone viral, amassing over 48,000 views at the time of writing.

GrabFood rider was pinned by bike against the wall

According to footage, the GrabFood rider was seen leaning quite heavily against the wall of a lift.

He seemed to be weighed down by his delivery bag, as well his bicycle that was likewise leaning against him in a somewhat extreme wheelie pose. 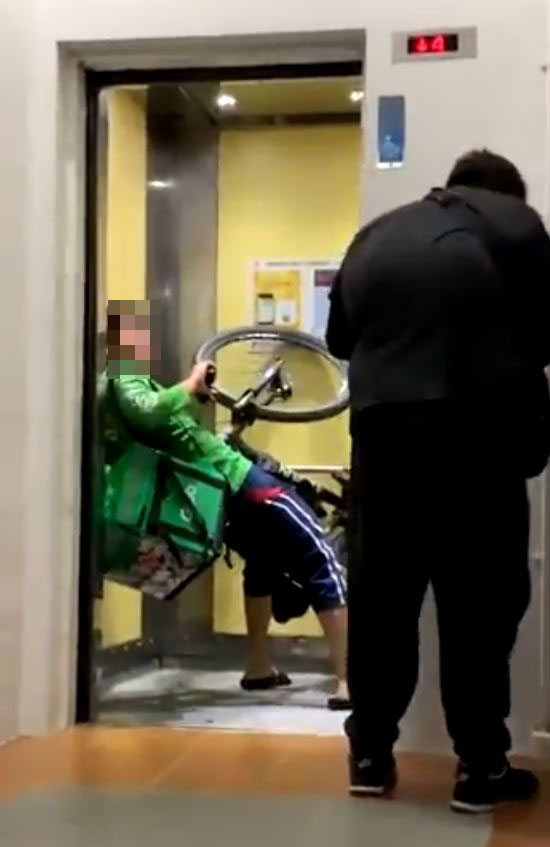 We gather that the bike pinned the rider quite tightly against the wall, as he appears to defy the laws of gravity in a pseudo-matrix pose.

Customer comes to his rescue

The video also featured another man, supposedly the customer, who had his phone out to snap a picture of the rider – all while laughing.

Eventually, he stepped in to support the rider’s bike, effectively freeing the trapped delivery man. Upon being rescued, the rider stretched his right leg a few times. No doubt, it was probably threatening to cramp from the uncomfortable position.

It seems the rider came across the video of the incident as well, as he tweeted a reply explaining his side of the story.

According to him, his delivery bag was preventing the door from closing, so he decided to scoot inwards a little. As he still couldn’t fit into lift properly, he angled himself by bending a little.

Physics then kicked in, and he found that his bike prevented him from getting back up.

Food delivery with a side of comedy

Thankfully, the rider seems to have escaped the incident relatively unscathed.

While we’re sorry for laughing at the poor delivery rider, we can’t help but admit it was pretty funny.

For his comedic body gag, we hope the rider gets 5-stars for his delivery.