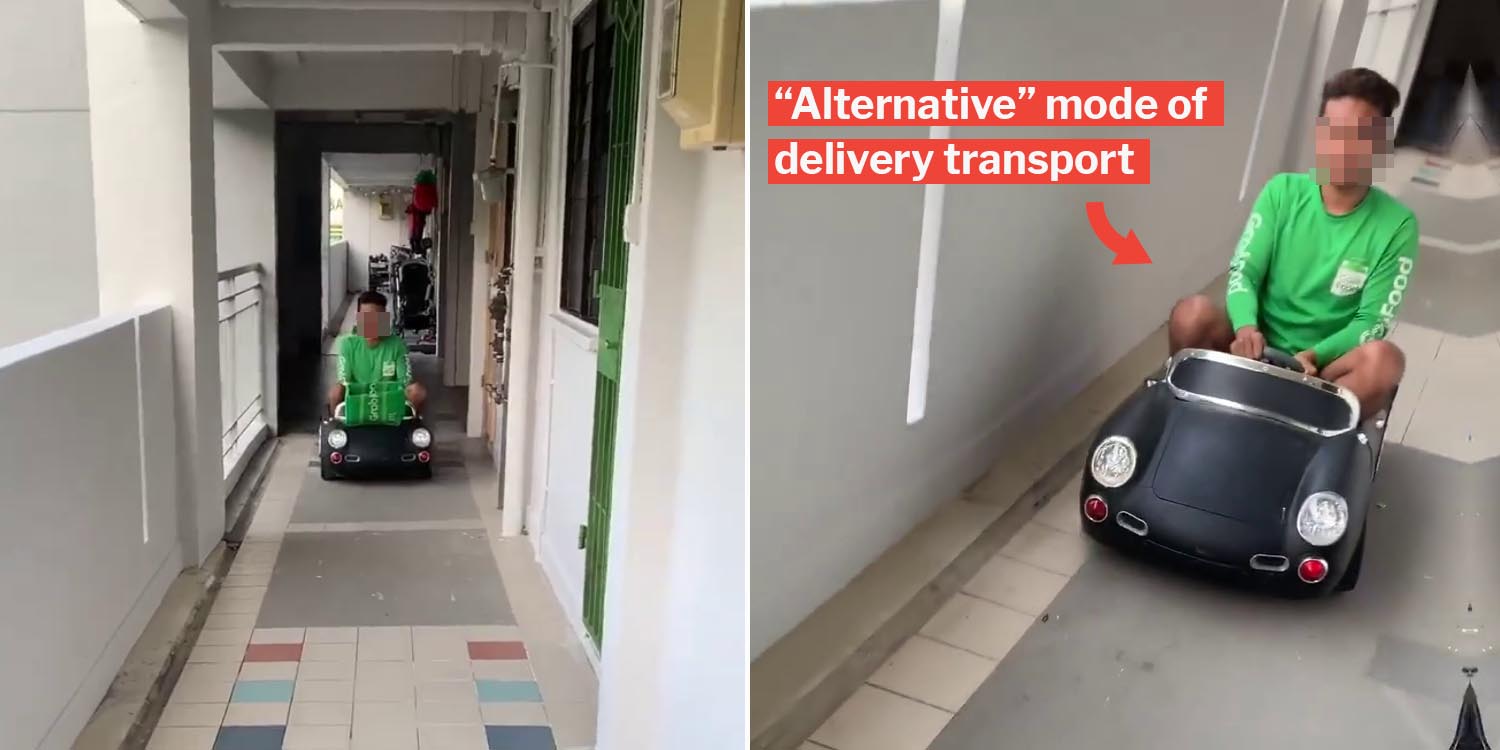 The PMD ban on footpaths may be stressing out many of those who partner with companies like GrabFood for a living, but some are taking the issue in stride.

One video posted on All Singapore Stuff’s Facebook page, and submitted by Jj, draws upon the true Singaporean spirit of adapting, improvising and overcoming.

The video can be viewed here.

Late delivery caused by a rather unconventional mode of transport

The video begins with a “customer” bemoaning the lateness of his delivery. As the “customer” gets more antsy and tuts at his watch – it’s been an hour since he made his order – he hears a motor whirring in the distance.

Is it a bird? A plane? Or is it a *draws breath* VERY ILLEGAL MOBILITY DEVICE DEFINITELY UNSUITABLE FOR RIDING ON FOOTPATHS?

The GrabFood rider finally and belatedly arrives – in a motorised toy car. 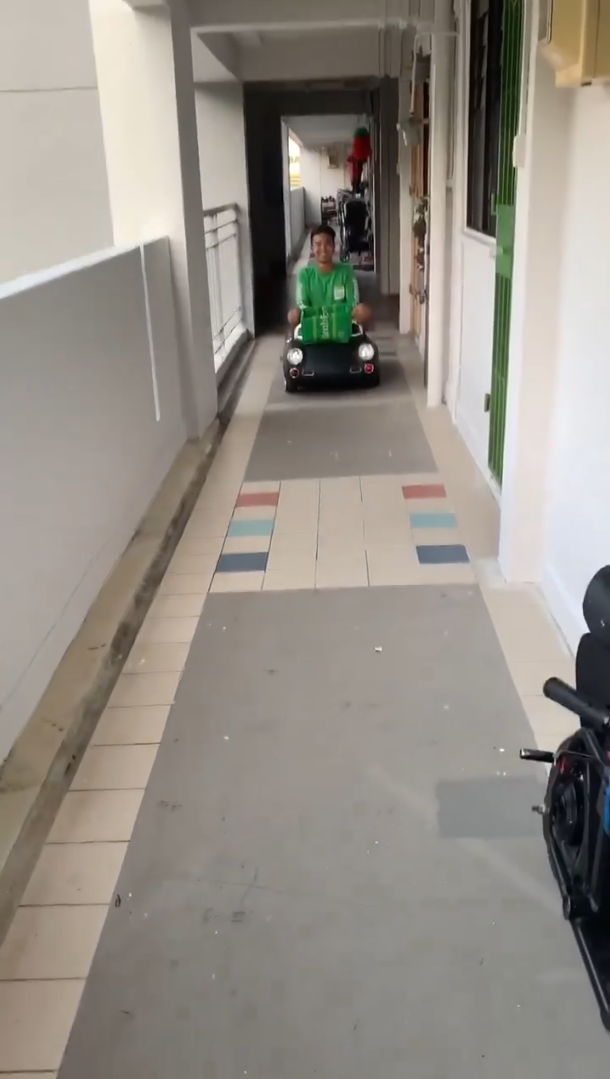 Picking up his long-awaited delivery, the 2 exchange pleasantries – all anger over lateness dissipated. 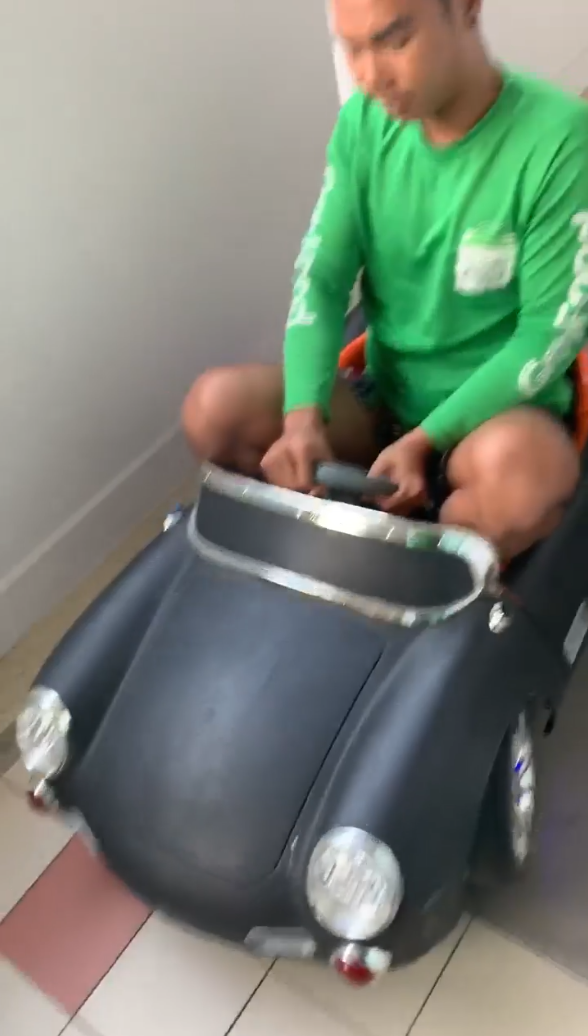 As the driver is about to leave, the “customer” points at his trusty mobility device and asks him to “take care on the road” and to drive safe. 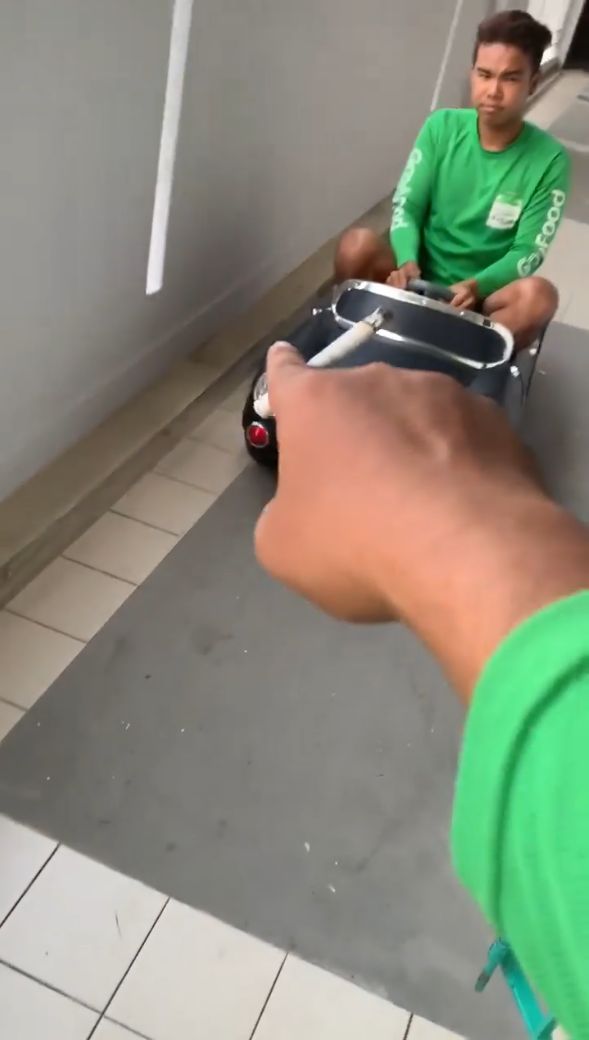 That’s probably why he was late – because he’s a safe driver, of course.

The video ends with the Grabfood rider expertly reversing his way down the corridor from whence he came, in a supreme display of control over his vehicle.

We’re sure he won’t be in any accidents any time soon – unless the car’s battery runs out.

The video actually plays on several sub-issues caused by the ban.

Firstly, in light of the ban, Grab issued an advisory warning that deliveries might be delayed. In the video, the GrabFood rider was “late” for “an hour” – from 4.30pm to 5.30pm. 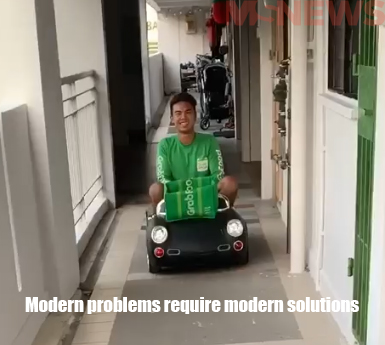 Perhaps the drivers were affected by the ban too – they’re both wearing GrabFood uniforms – but they certainly aren’t crying over it.

This is not to say that the ban is truly a laughing matter, but there’s no harm in having a little fun during off-shift hours.