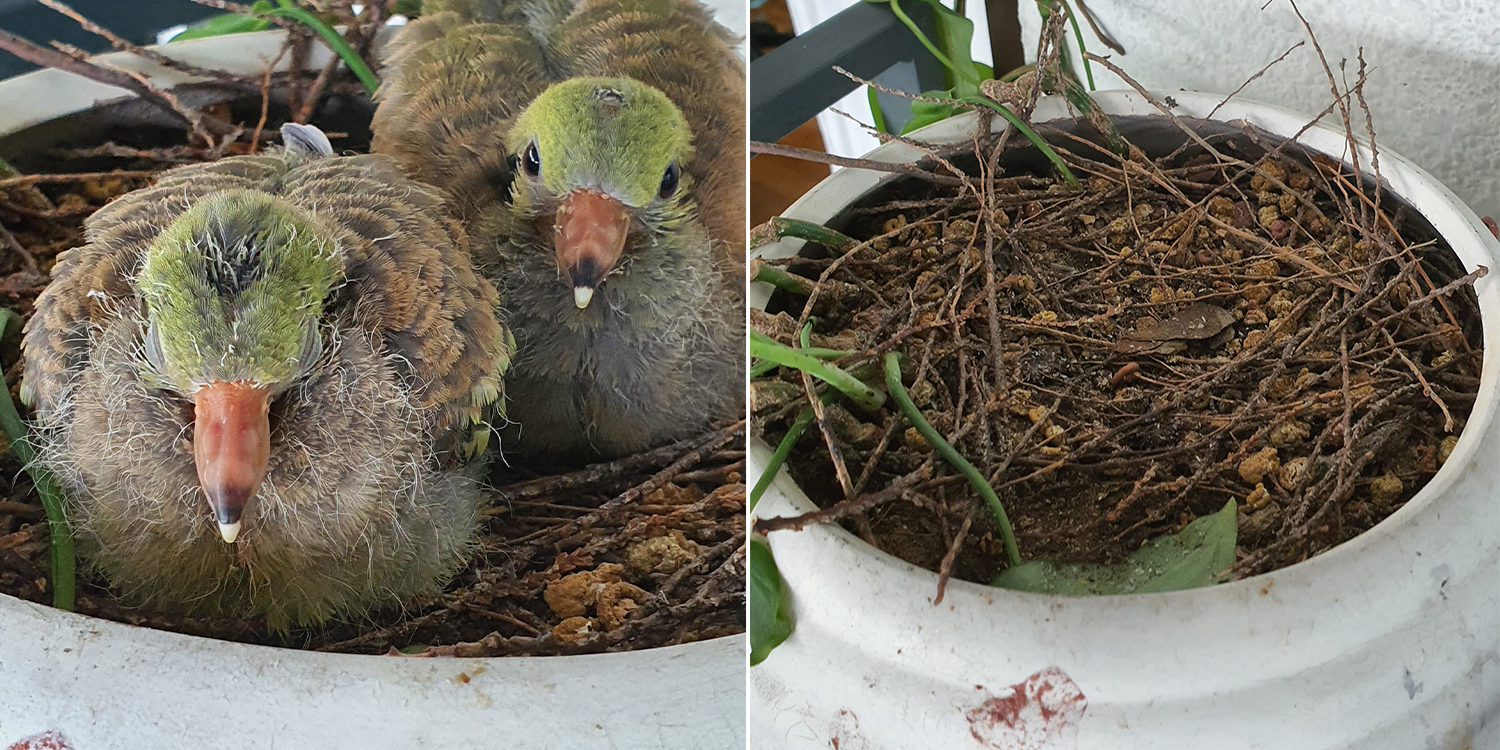 Green Pigeon Family Who Stayed In Pot Have Flown Away

When a man’s pot suddenly became a nest for a green pigeon, he had to deal with an emerging poop problem. Regardless, he allowed it to stay.

That compassion was rewarded when 2 hatchlings were birthed, and he watched them grow and take their 1st flight.

But all things have their life cycle, and having seen the hatchlings’ birth and rapid growth, the relatively new family departed from their makeshift nest.

The green pigeons’ adoptive grandpa bid farewell to the birds in what was a reflective end to the pigeon plant saga.

His posts had gone surprisingly viral and the experience of taking care of these unexpected guests, he said, has been “wonderful and unforgettable”.

In a post on Saturday (10 Jul), Mr Wong called the day the birds left a sad, but also happy day.

The 2 fledglings, whom you might recall were hatched in the very pot they sat, were alone for almost the whole day last Sunday (4 Jul). 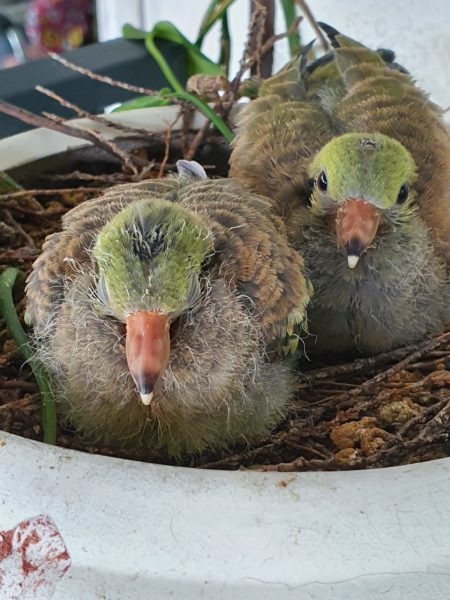 He saw Mr Green, the presumably male green pigeon keeping watch over them from a tree around 10m away. Gradually, one of the hatchlings flew over to a neighbour’s tree, before the larger green pigeon joined it. 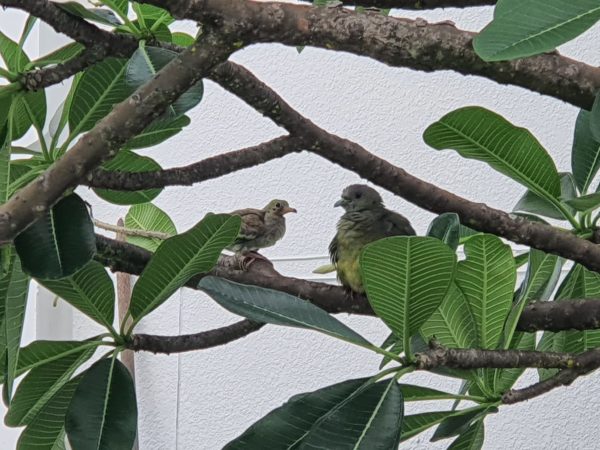 An hour later, the other fledgling also took flight and left the nest.

They proceeded to hang out on the tree for a while before Mr Green left.

Replacing him was Mrs Green, the other parent. All 3 remained there throughout the night.

Mr Wong then had the realisation that perhaps his pot had become too small for the whole family.

The hatchlings had grown to a formidable size, after all.

Although the family stayed at the tree for another day, by 6 Jul they were all gone, never to return.

All that remained was the pot where they’d made their nest. 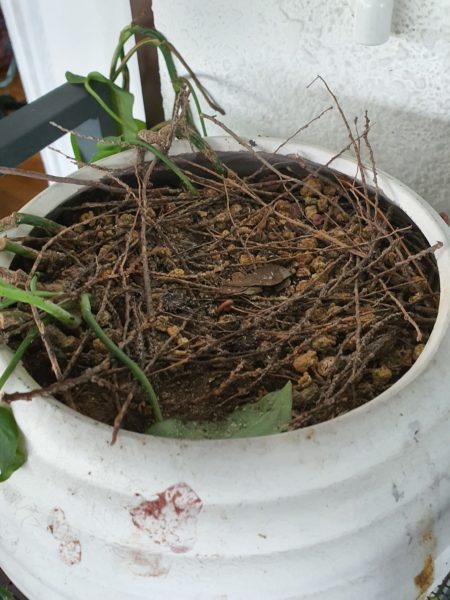 It was bittersweet to see the family depart, Mr Wong shared. However, he was still satisfied.

The plant that sat on the pot, on the other hand, was a “disaster”.

There was tons of poop as well as stains covering the pot.

The soil was dried out too, but Mr Wong plans to change out the soil to save his money plant.

Mr Wong calls it a privilege to host the green pigeons as well as bring the hatchlings to life.

He shares that one should always take care of nature as well as one another with compassion and mercy.

He also thanked the green family for giving him a wonderful and unforgettable experience, and hopefully, he’ll see them again.

Heartwarming story followed by many

Many will have followed Mr Wong’s posts with much interest.

Beyond the Singapore Wildlife Sightings group, the story’s also garnered much coverage as proof of how interesting it is.

From what was an amusing story about teaching pigeons where to poop, to the unexpected birth of the hatchlings, there were definitely many surprises along the way.

And now that they’ve left, the saga is seemingly over. We too are sad to see them leave, but also happy that they’ve thrived so well in a humble plant pot.

Thank you, Mr Wong, for taking such good care of the green pigeon pot family and sharing your story with the world.