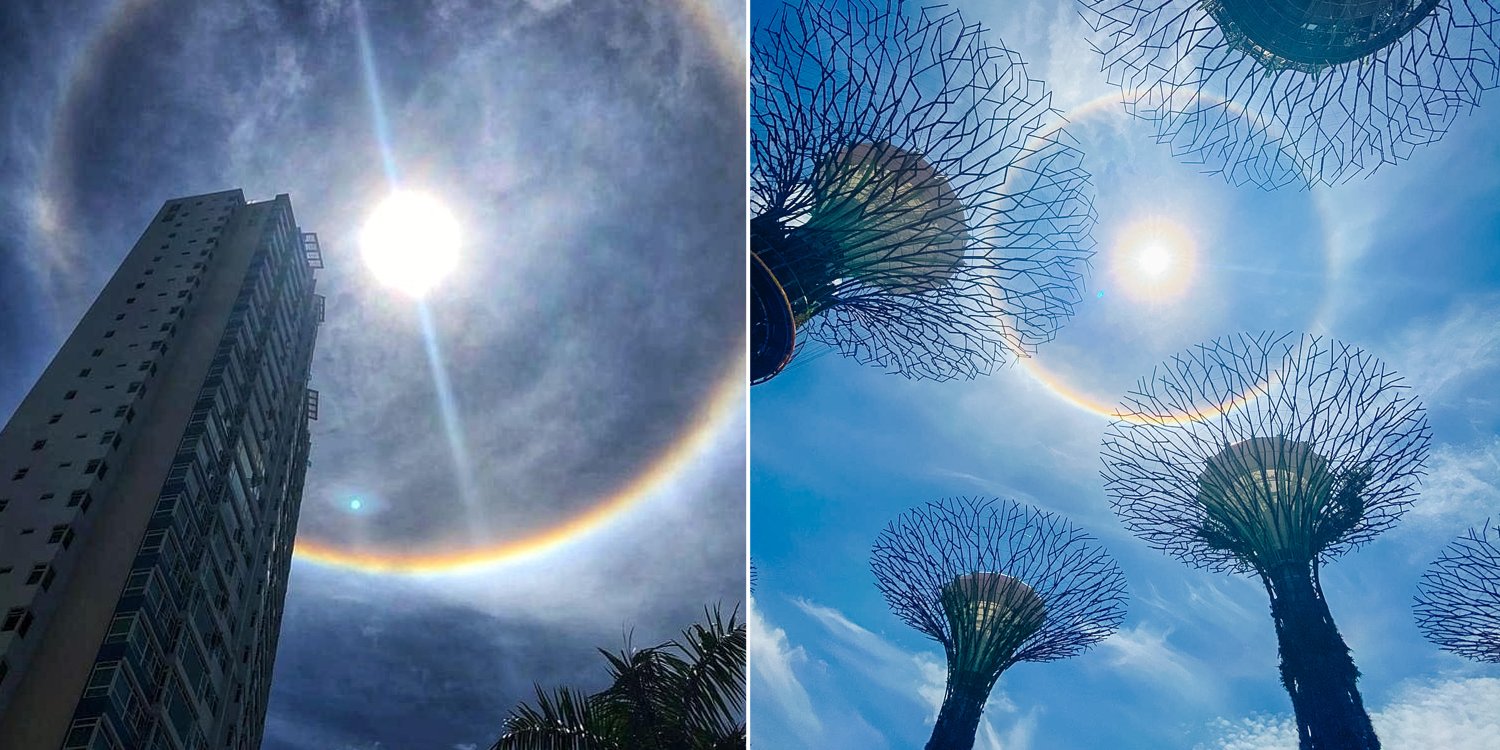 Given how sunny Singapore can be, many of us might not be too keen on looking up at the sky, especially when the sun is beaming down on us.

Yet as some Singaporeans were heading out for lunch on Tuesday (22 Sep), they were greeted with a massive rainbow ‘halo’ surrounding the sun. 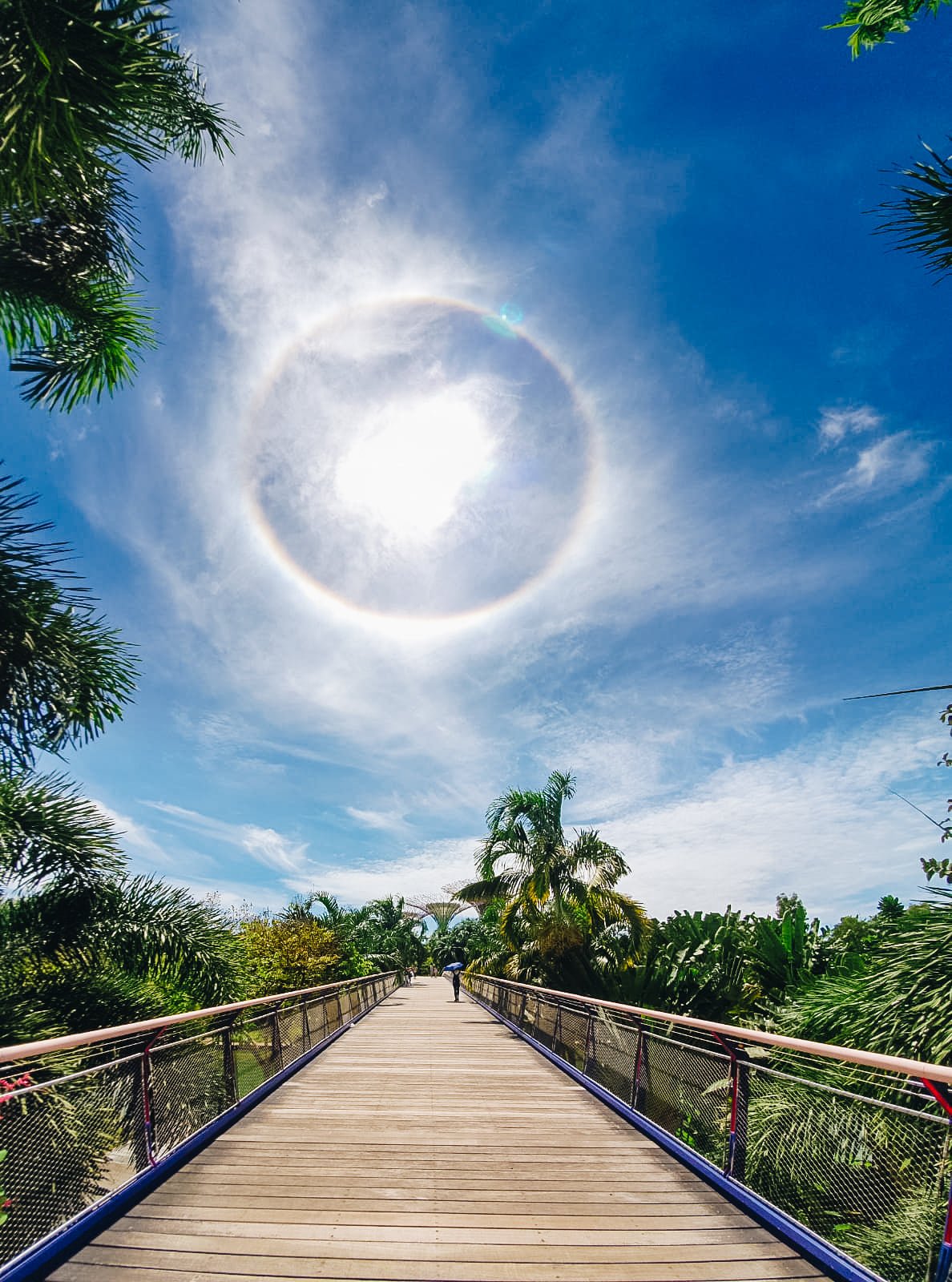 The natural ‘sun halo’ was spotted by people all across the island.

This picture, apparently captured in East Coast, gives us a perspective of the ring’s size. 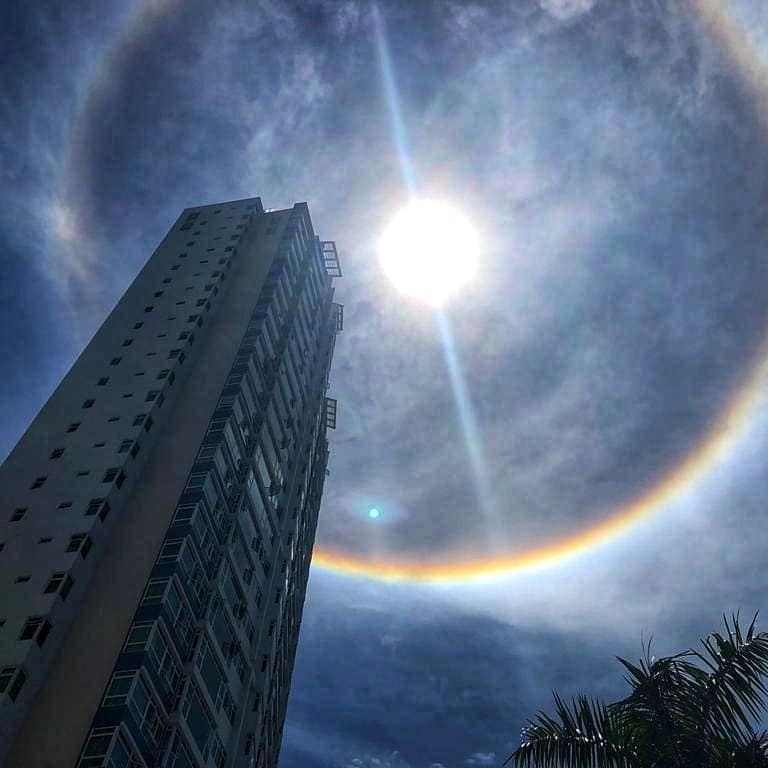 The ‘halo’ was also visible not far off in Marine Parade at around 11.40am. 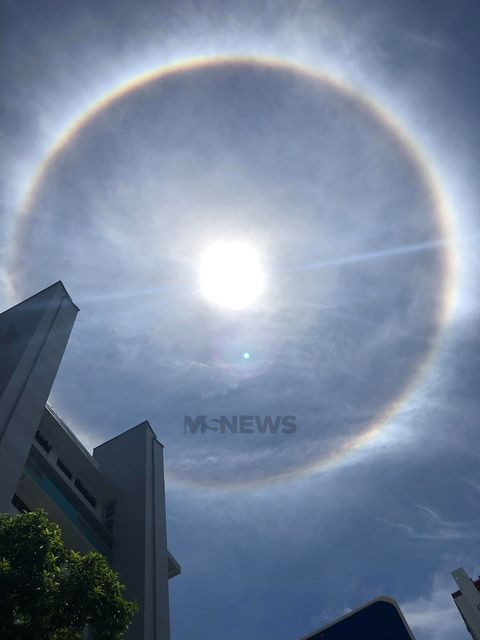 Residents staying in the quiet neighbourhood of Simei were also blessed with the spectacular ring around noontime. 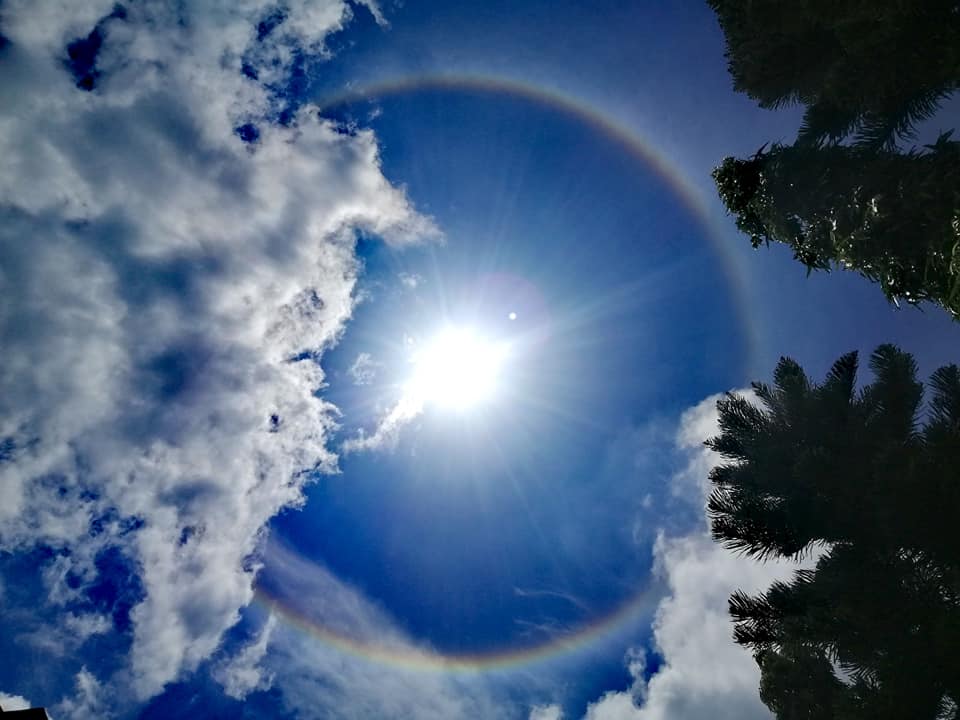 Another netizen who was around Far East Shopping Centre also witnessed the stunning spectacle. Here’s one taken at D’leedon Condo in Farrer Park. 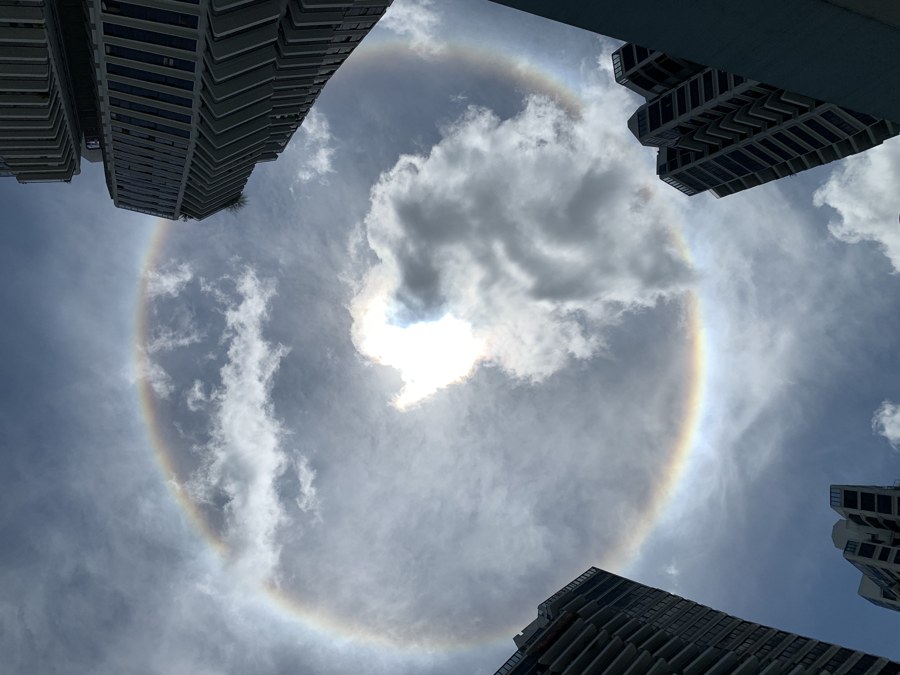 This one’s from a reader called Genevieve Loh, who was at School of the Arts Singapore near Dhoby Ghaut. 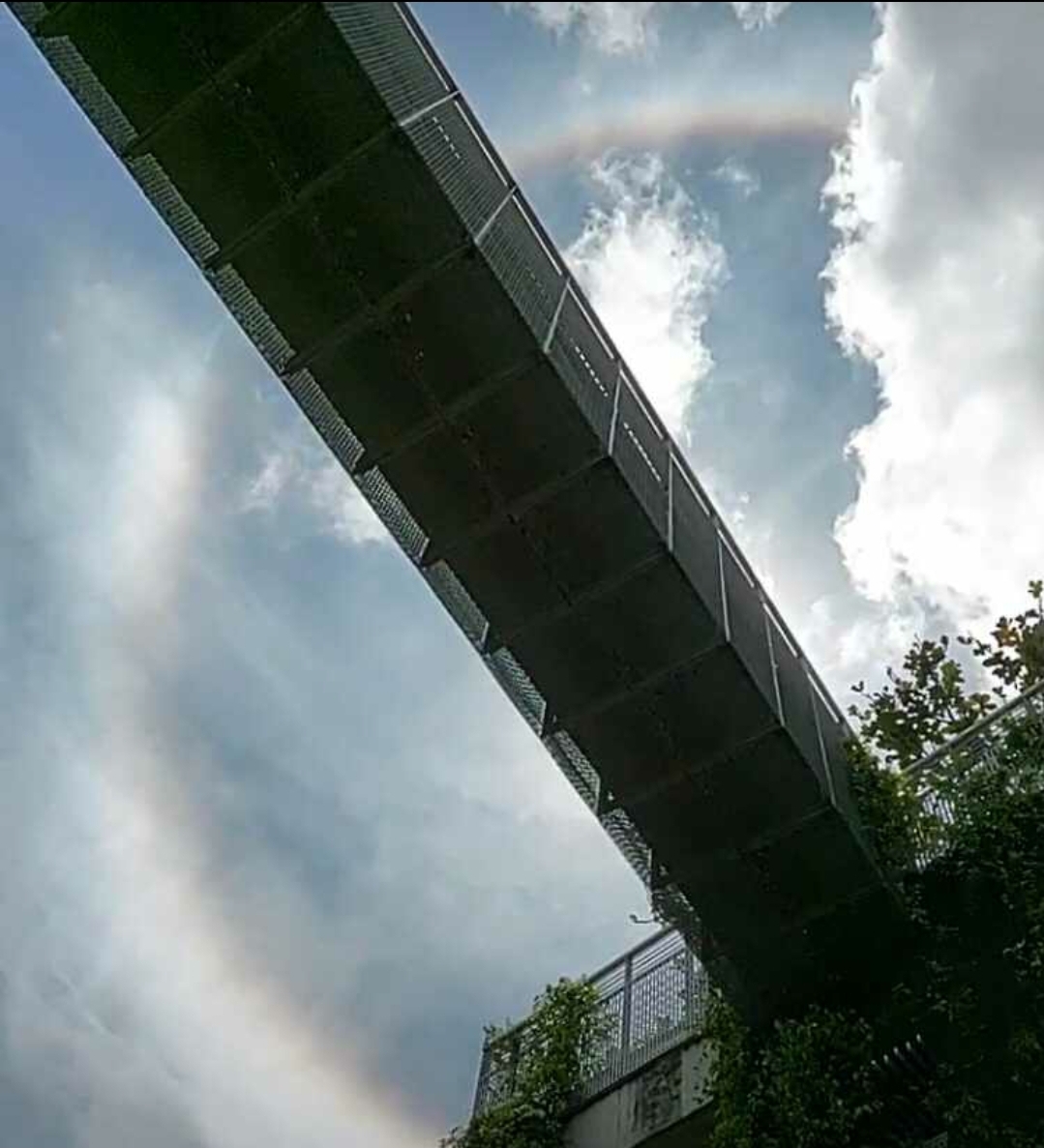 Singaporeans who were located as far west as Clementi could also see the circular rainbow. 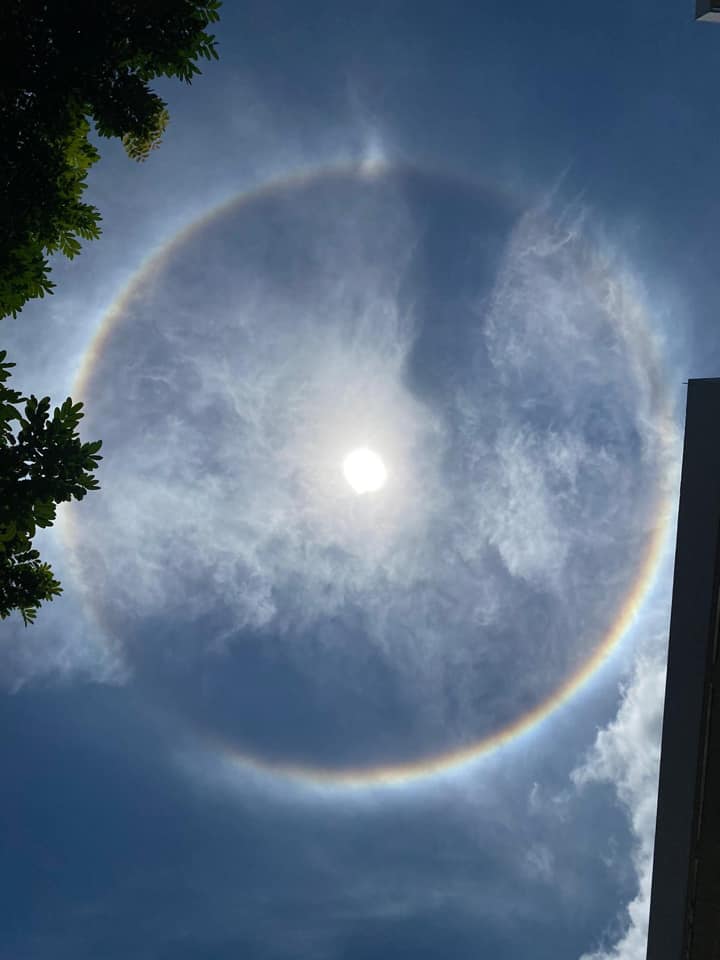 Some of the most spectacular pictures of the ‘halo’ were taken at Gardens by The Bay. 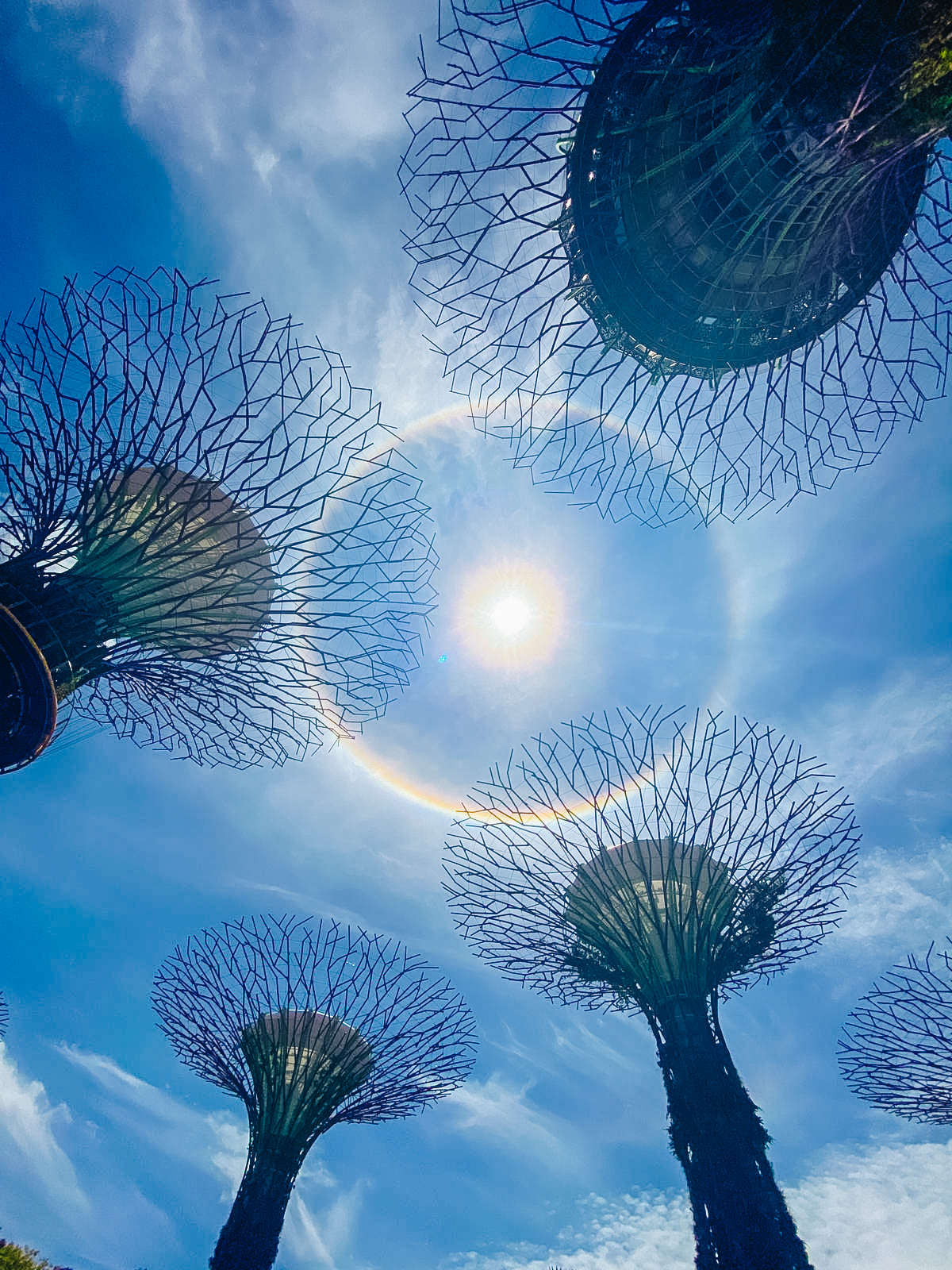 One can only hope that this is the light at the end of the Covid-19 tunnel.

The ring appears to be a circular halo caused by ice crystals found in cirrus or cirrostratus clouds.

Rays from the sun are apparently refracted by these crystals and ‘split’ into different colours, hence the rainbow appearance. 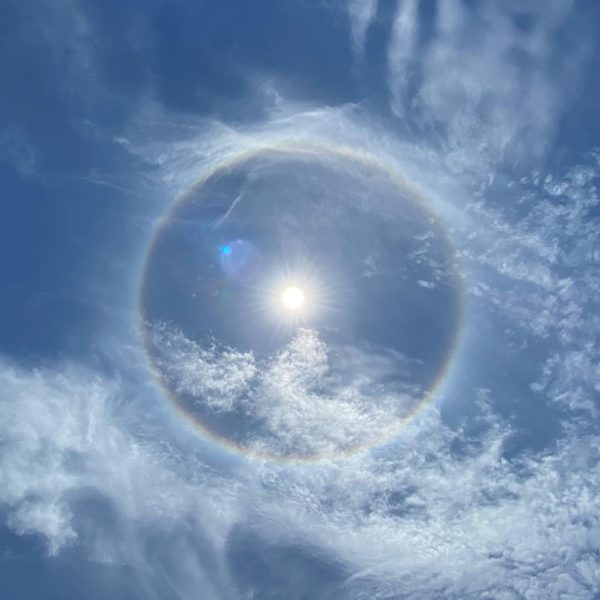 These phenomena can also be a telltale sign of rain in the next 24 hours.

Did you manage to see the ‘super ring’?

Celestial phenomenas like these never fail to make our days. That said, remember to protect your eyes when you glance towards the sky as the sun’s rays might be dangerous.

Did you manage to snap pictures of the ‘halo’ in the sky? Share them in the comments below!

Have news or images you must share? Get in touch with us via email at hello@mustsharenews.com.