Singaporeans hire helpers when they are unable to keep up with work & household chores. Sometimes, your helper also takes on the role of caretaker for your elderly parents.

However, since you’re not around most of the time, you may not know your helper’s true colours.

A video surfaced on Saturday (29 Jun) on STOMP depicting an ah ma being pinched, pushed, & shoved by her helper at Geylang Bahru Market & Food Centre. 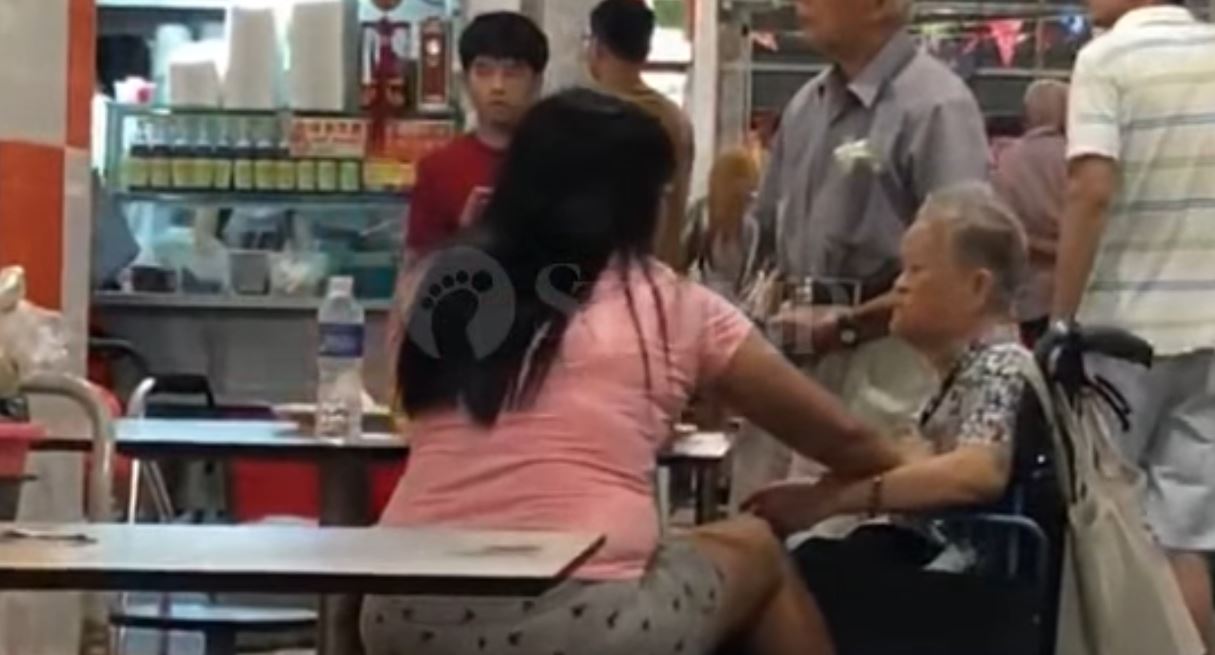 Initially, the scene seemed quite normal, sweet even — just another helper accompanying an old couple to the market for some food.

However, things quickly turned for the worse.

When the poor old lady was chewing her food, the helper got impatient & started to jab her face. 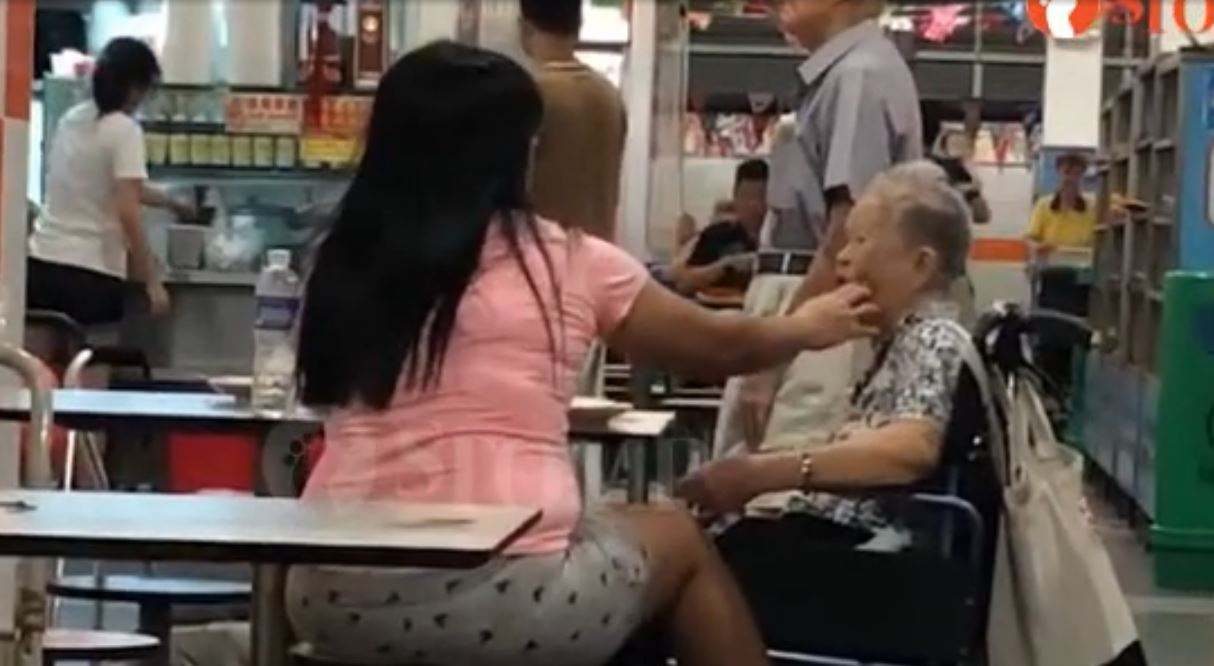 She then started to pinch the ah ma’s breasts. 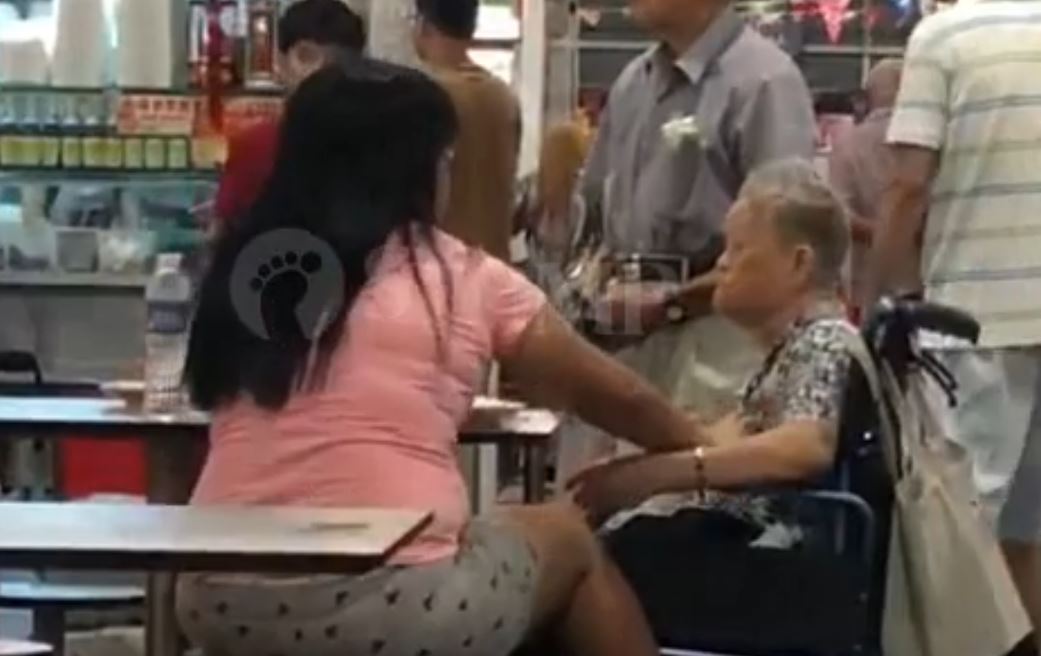 If you thought the worse was over, you’d be wrong. While feeding her water, the helper forcefully shoved the bottle into her mouth. This caused the elderly lady’s head to jerk backwards. 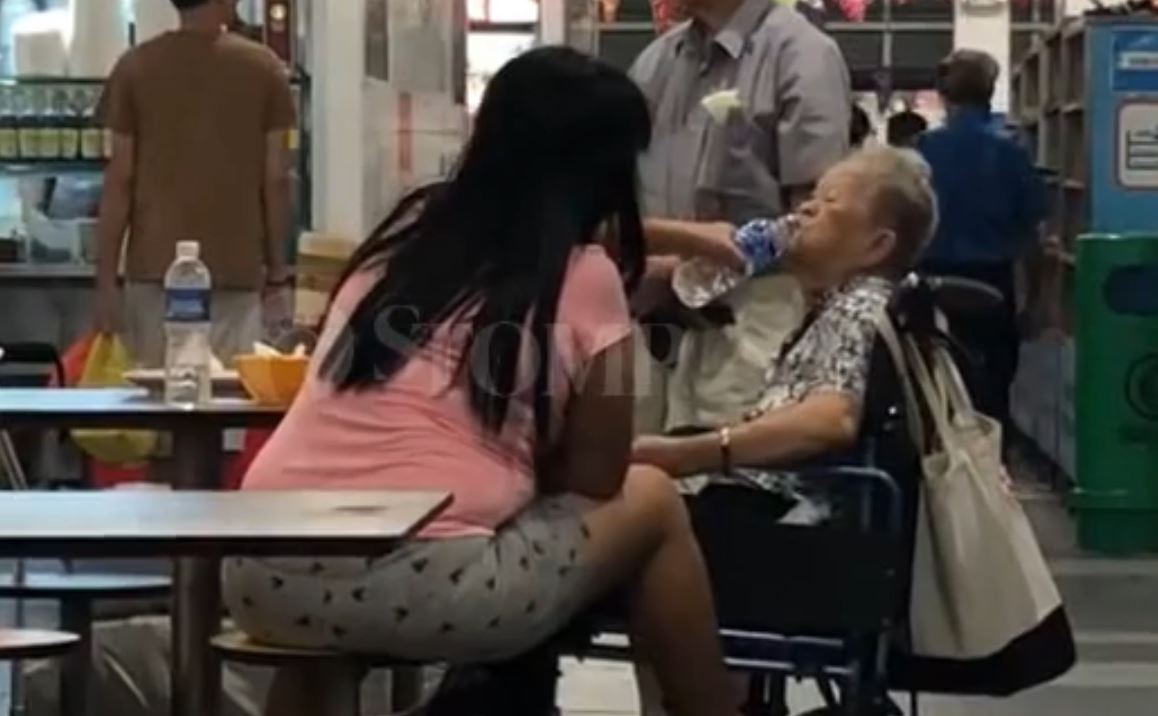 When the old lady was drinking her water, the helper shoved her mouth again. 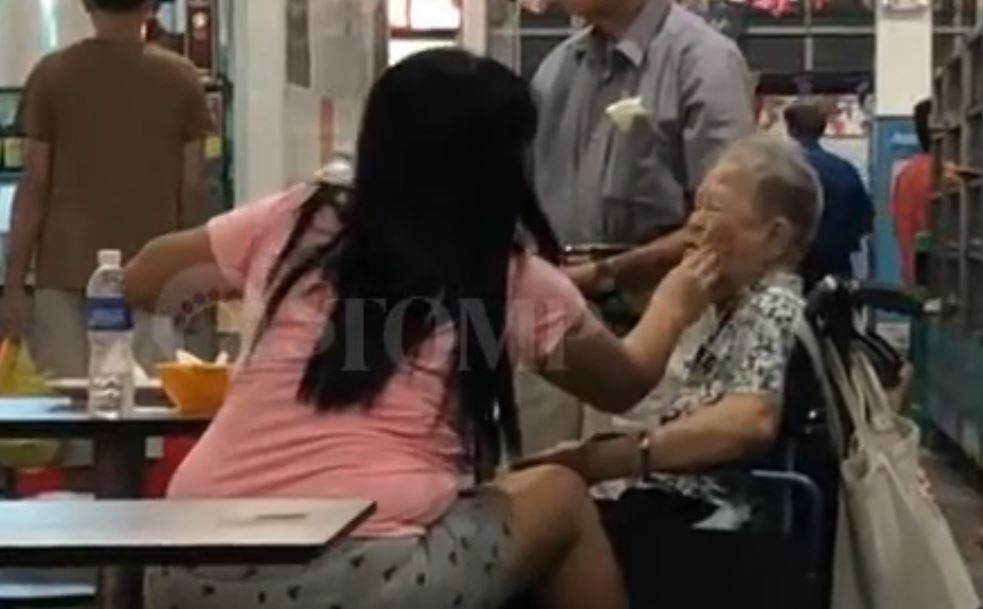 After the whole incident, the helper continued to shove her fingers into the ah ma’s mouth. Apparently, it was done to remove some food in her mouth. 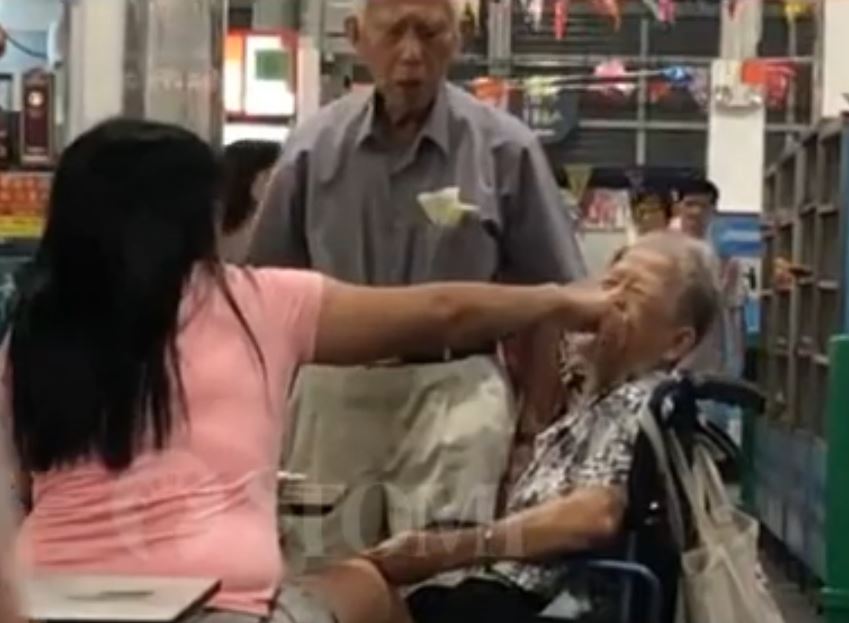 If the helper was callous & daring enough to do this in public, you can only imagine the horrors that occur behind closed doors.

According to STOMP on Tuesday (2 Jul), the granddaughter said the helper’s actions were “sick”.

She was quoted as saying,

It sucks because I want to be [giving] like my grandmother, but seeing how she was treated like shit by a stranger, it tells me that people don’t actually treat you nice just because you are a nice person.

She also lodged a police report the same day. Her family has already sacked the maid & they’re currently looking for a replacement.

According to the ah ma’s granddaughter, this was already her 4th maid.

As her grandmother had dementia, it was difficult to take care of her. To have someone care for her 24/7, they hired 3 maids before.

Their 1st family maid who had been with them for years had passed due to old age. Their subsequent luck with domestic helpers were dysmal.

One allegedly stole over $7,000 from the old lady. Another helper had to return home to her husband.

Then came the helper who was the “star” of the highly circulated video.

While many condemned the helper’s actions, a Facebook user didn’t believe that the family has no time to care for the granny.

Another netizen pointed out the harsh realities that the family might be facing. Not everyone is well-to-do enough to leave their jobs behind.

One other netizen gave the family an alternative suggestion of sending the granny to a nursing home.

However, the netizen failed to consider that her husband is still living with her.

Hopefully, with this case now in the spotlight, the family will pay more attention to future signs of abuse.

What would you do if you were in the same situation as the family? Let us know in the comments section.