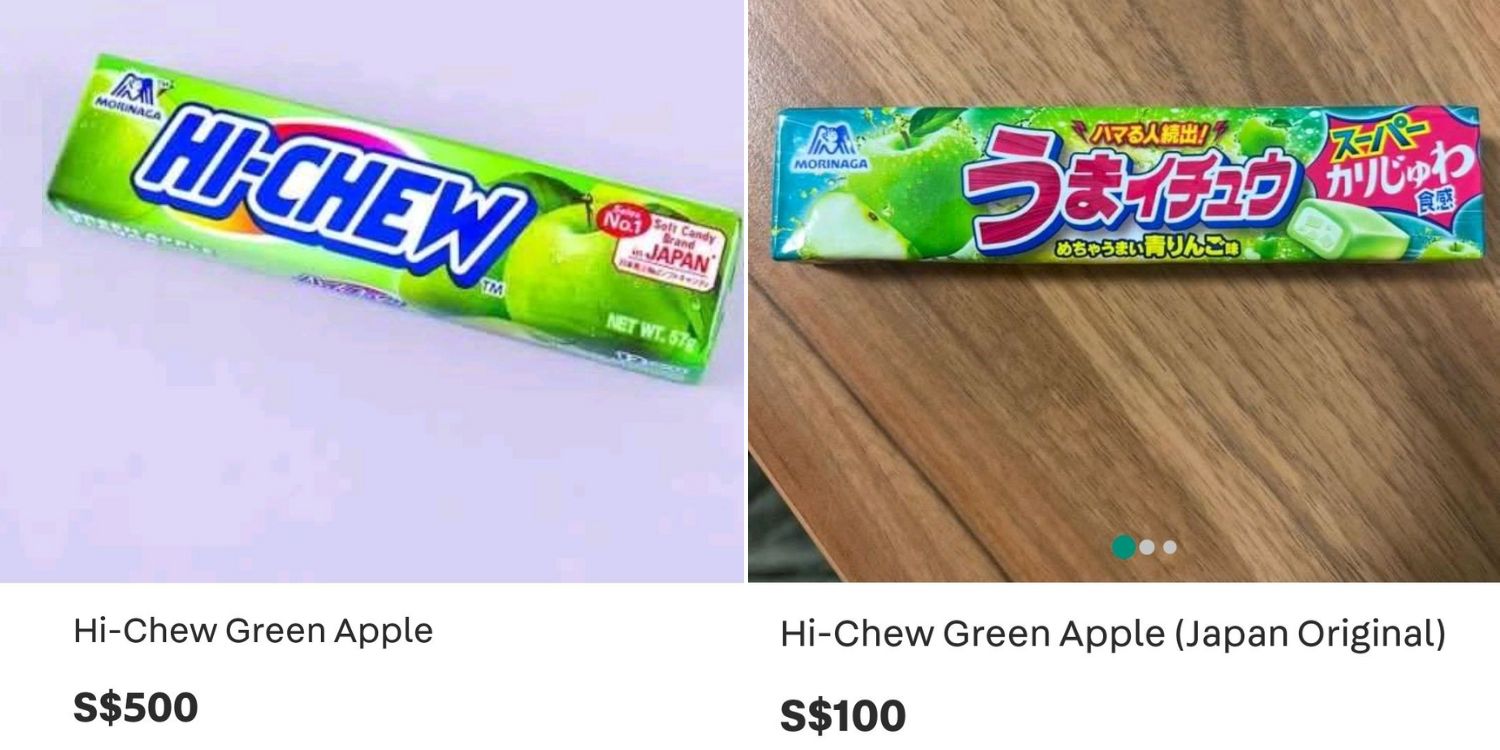 The entrepreneurial spirit is well and alive on Carousell.

When news broke that Hi-Chew will be retiring its Green Apple gummies, confectionary lovers worldwide let out a collective sigh.

At the same time, news of the discontinuation gave some opportunistic individuals inspiration to hopefully make a quick buck. 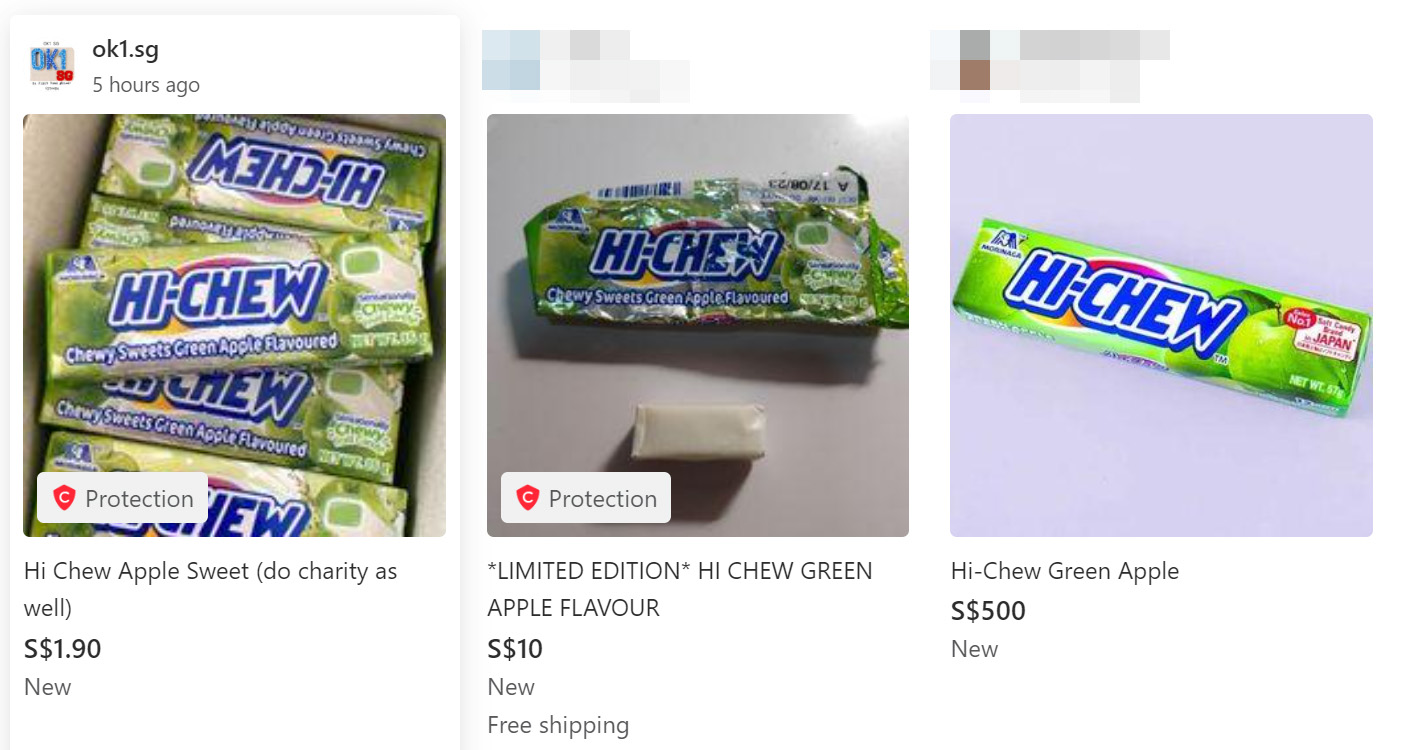 Describing their candy as “limited edition”, one user even listed theirs for a whopping S$500– nearly 125 times the retail price.

As news broke earlier this week about the discontinuation of the 12-piece Green Apple Hi-Chew candy, at least six Carousell users have listed the product for sale, jumping on the ‘limited edition’ bandwagon.

One user attached a S$500 price tag to his listing but elaborated that he’s selling 10 pieces for S$450, which still comes to about S$45 per packet. 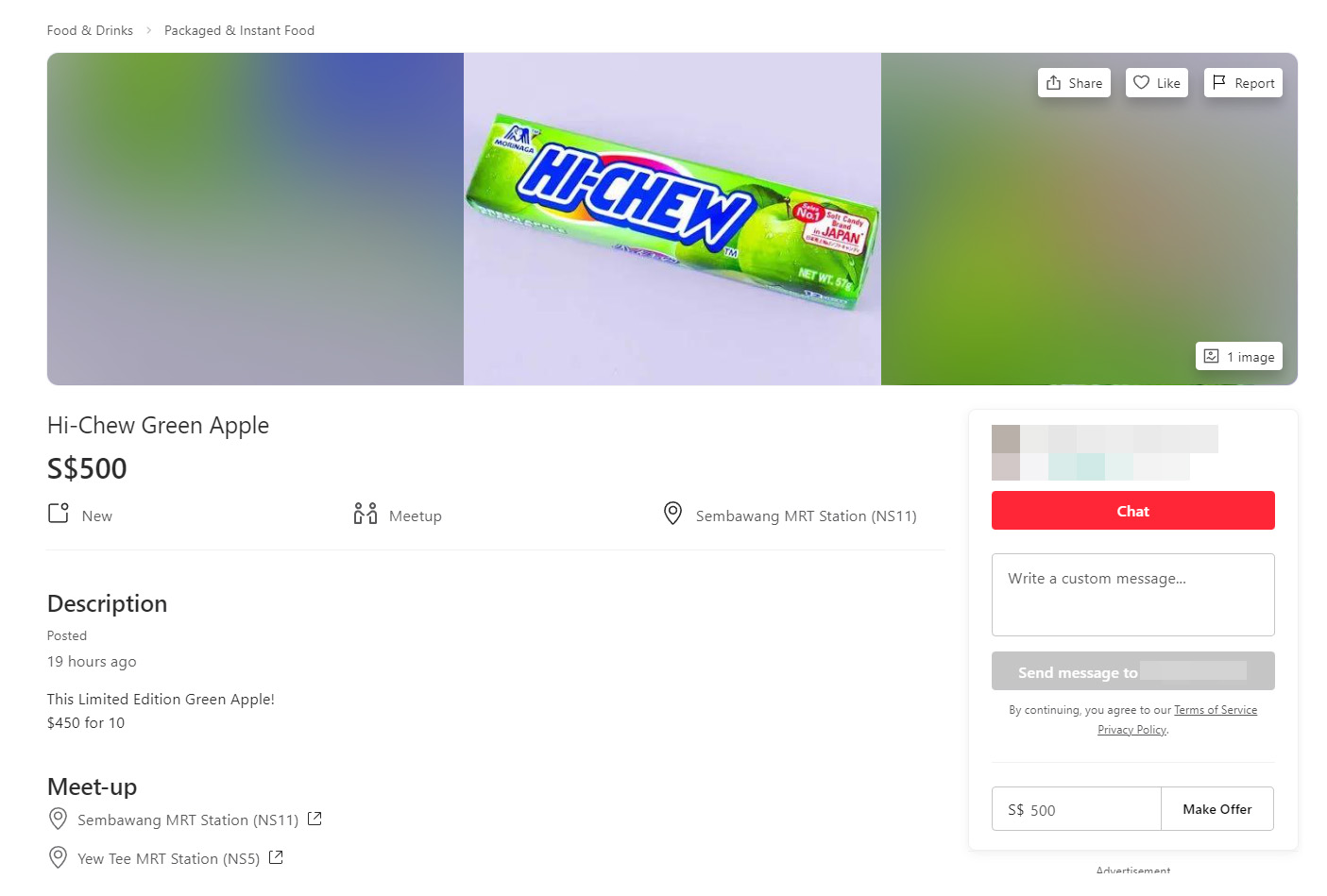 Other users were less ambitious, with the next most expensive listing going for S$120.50. The user shared that they decided to sell their “secret stash” based on their guess that Hi-Chew’s supply would unlikely be able to meet the market’s demand. 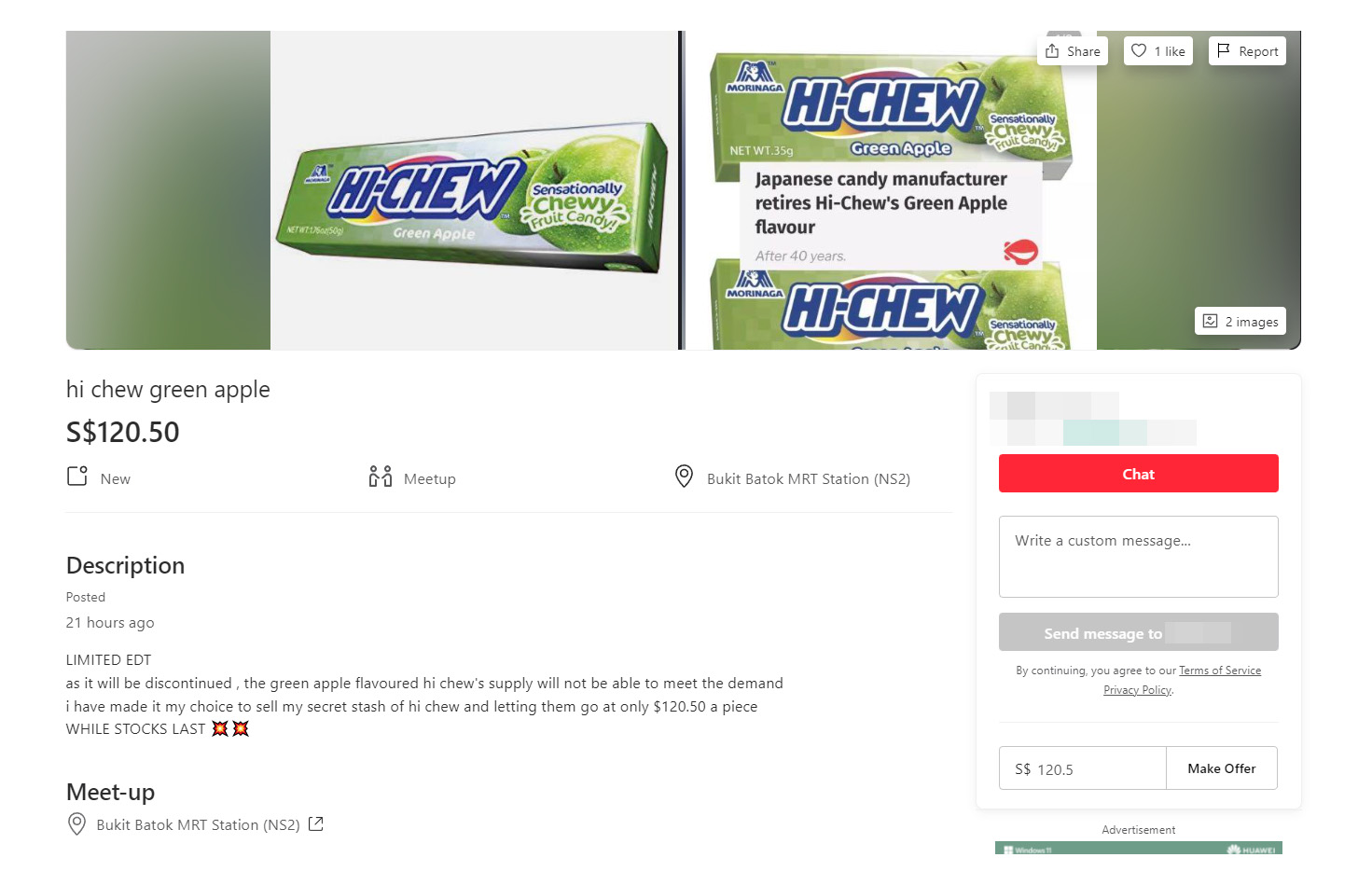 Another user listed theirs for S$50, highlighting its Aug 2023 expiry date which essentially allows the buyer to sit and marvel at the candy for a whole year before it turns bad. 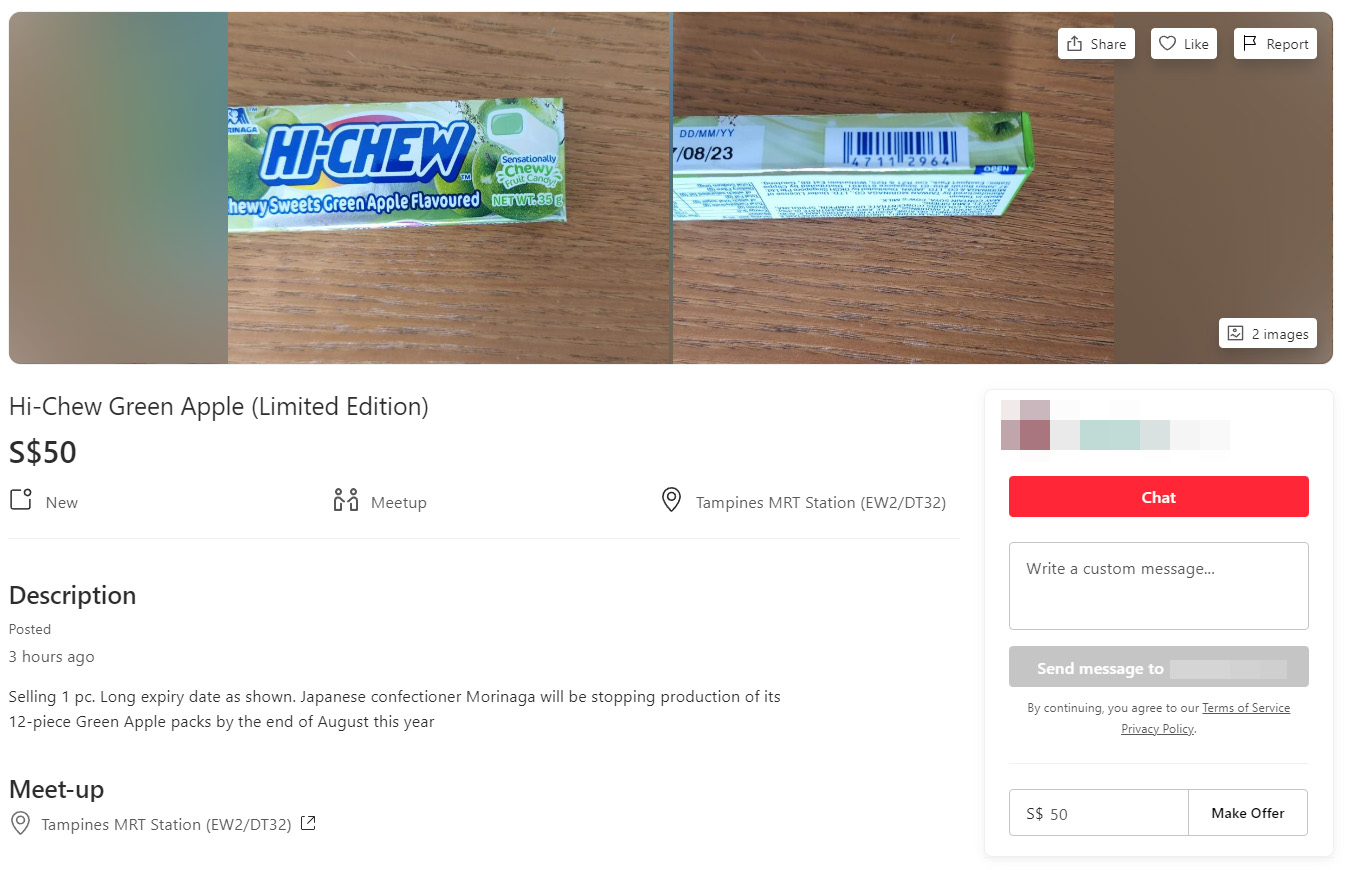 While most users were seemingly in it for the cash, OK1 SG, a mama shop located in MacPherson, listed theirs for just S$1.90 per pack. 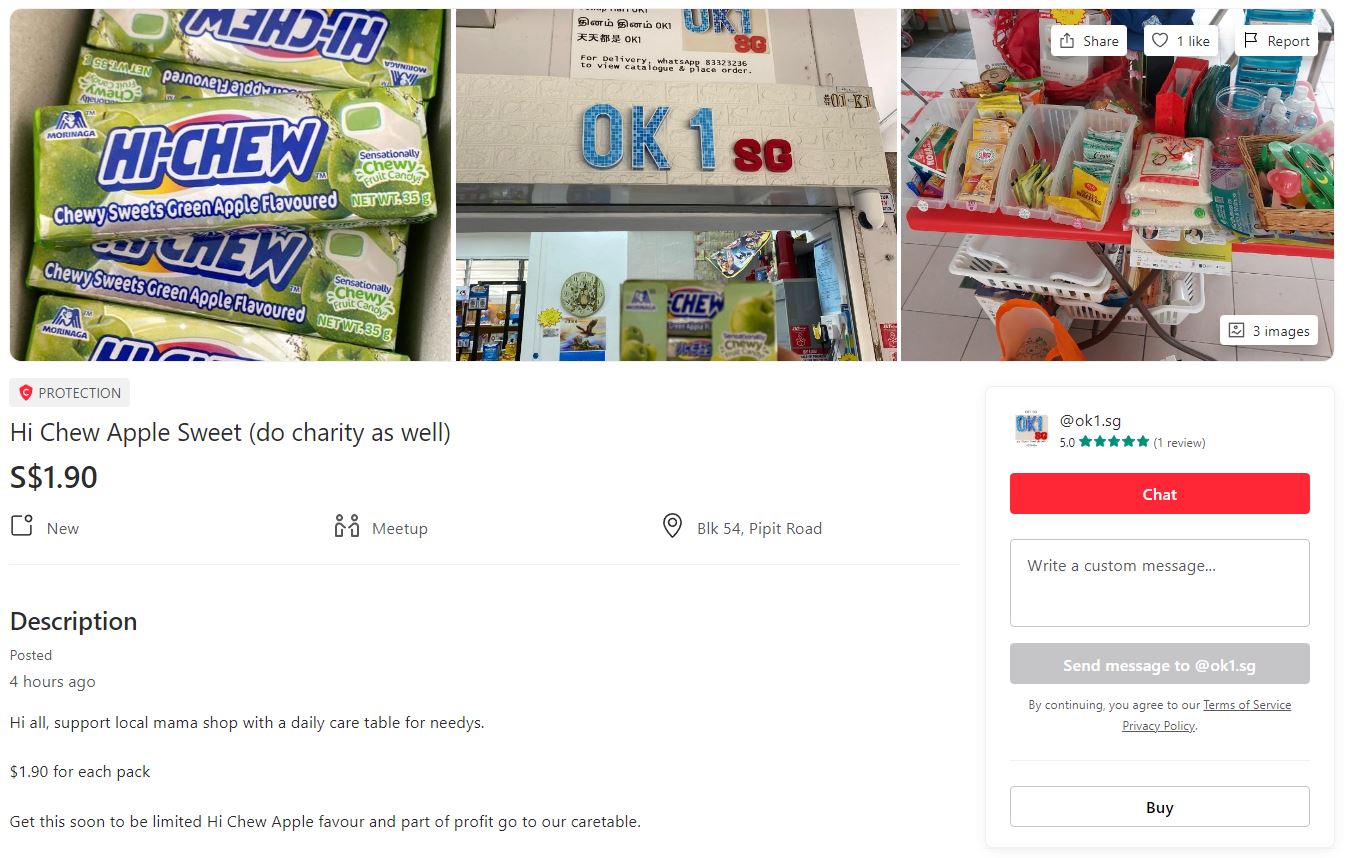 Besides urging customers to patronise their store, OK1 SG also shared that a portion of their profit will go towards their “caretable”, which provides needy individuals with free groceries.

On Tuesday (2 Aug), Morinaga, the company which manufactures Hi-Chew, announced that they’ll be discontinuing the flavour.

This means the move will only affect the 12-piece Hi-Chew Green Apple pack, commonly found in mama shops and supermarkets.

While it’s unclear if anyone actually bought the marked-up candies, what’s certain is that the opportunistic and entrepreneurial spirit is well and alive, at least on Carousell.

Beyond that, the listings prove that the Green Apple flavour will be missed by many.

Would you pay a three-digit sum for a pack of Green Apple Hi-Chew if it’s the last one on Earth? Let us know in the comments.