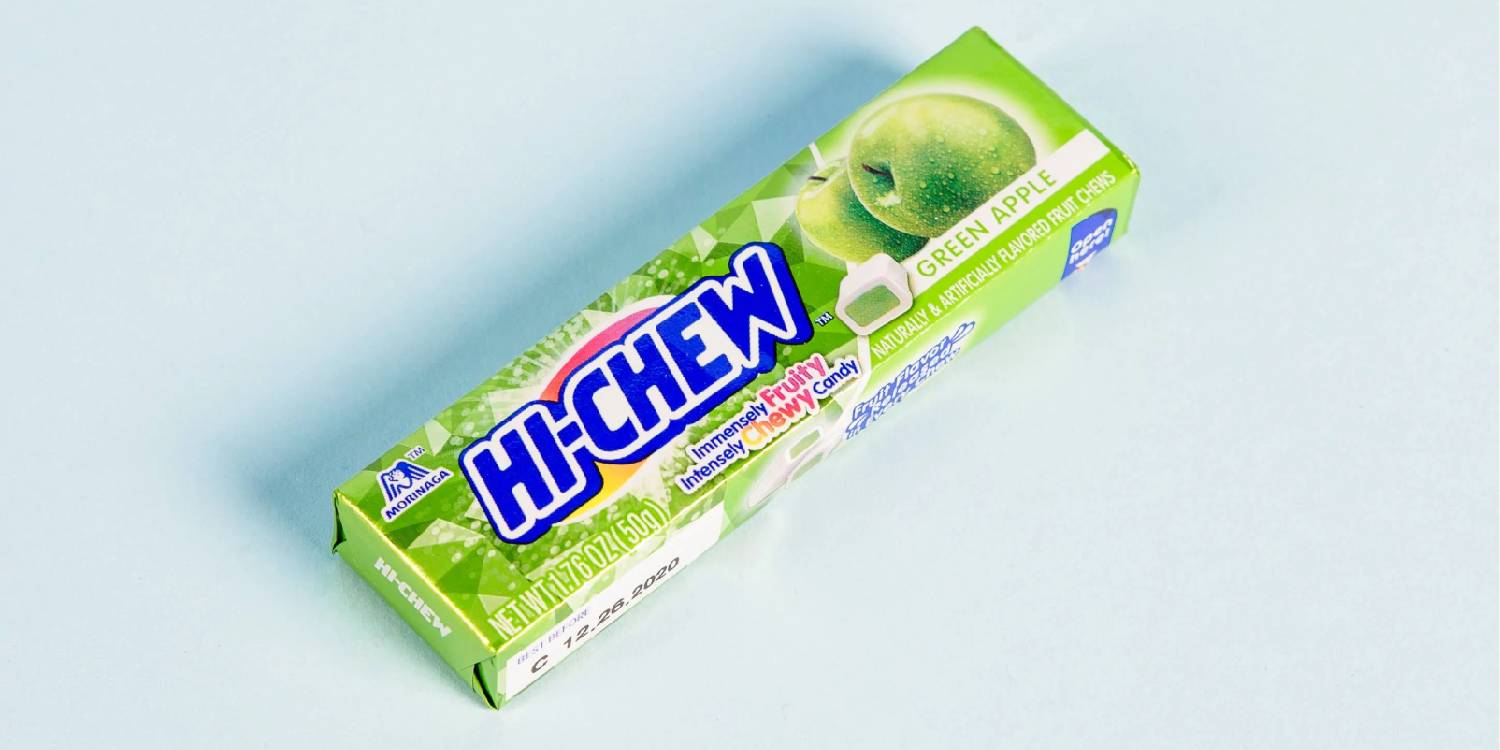 You can still find them in assorted packs.

Those with a sweet tooth often have their go-to snacks for that little sugar boost. While some prefer the taste of cocoa that chocolates bring, others prefer the fruity blast that comes with Hi-Chew candies.

Although everyone has their favourite, fans of Hi-Chew’s Green Apple flavoured gummies will be disappointed to hear that the flavour will be retiring indefinitely.

Morinaga, the manufacturers of Hi-Chew, announced their decision in a series of animated shorts, citing waning popularity for one of the classic flavours. And in typical Japanese fashion, the brand thanked its supporters for their continued support of the flavour, which has been around for 40 years.

On Tuesday (2 Aug), Morinaga announced that it would be phasing out green apple from its roster of Hi-Chew flavours.

The move will only affect the flavour’s circulation among the 12-piece Hi-Chew Green Apple pack, the one commonly found in mama shops.

In fact, production of the Green Apple 12-piece packs apparently concluded in July.

According to SoraNews, the Green Apple flavour was the victim of Morinaga’s latest “pruning” process, which saw less-popular flavours dropped from their roster.

However, it appears that the flavour can still be found in assorted flavour packs.

MS News has contacted the Singaporean distributor of Hi-Chew products for comment on the matter and will update this article accordingly.

If you need some help deciphering the jokes in the videos, here’s a little rundown of what was happening.

In the first video, the Green Apple pack speaks with his old friend – the Strawberry pack – breaking news of his ‘retirement’ to her.

While the Strawberry candy pack shows concern, the camera then zooms into her inner monologue, where she thanks her lucky stars that it was only Green Apple that was going out of production.

The second video sees the Green Apple pack speaking to a newer flavour, the Umai-Chew Aoringo.

Aoringo is Japanese for ‘green apple’, and the exchange between the pair left him puzzled.

Lastly, the third video is a solo monologue by the Green Apple pack as he announces his retirement.

Before he could even thank his fans for their support, a child seemingly picked the pack up after a woman’s voice asked him to hurry up and pick a snack.

Look high & wide for the last packs in circulation

The Japanese have always had creative ways to send a message, and this piece of sad news is certainly softened by the unexpected humour.

That said, fans of the Green Apple flavour will have to look high and wide for the last packs as they circulate in the market.

If you had to pick, what would your favourite Hi-Chew flavour be? Let us know in the comments section below.