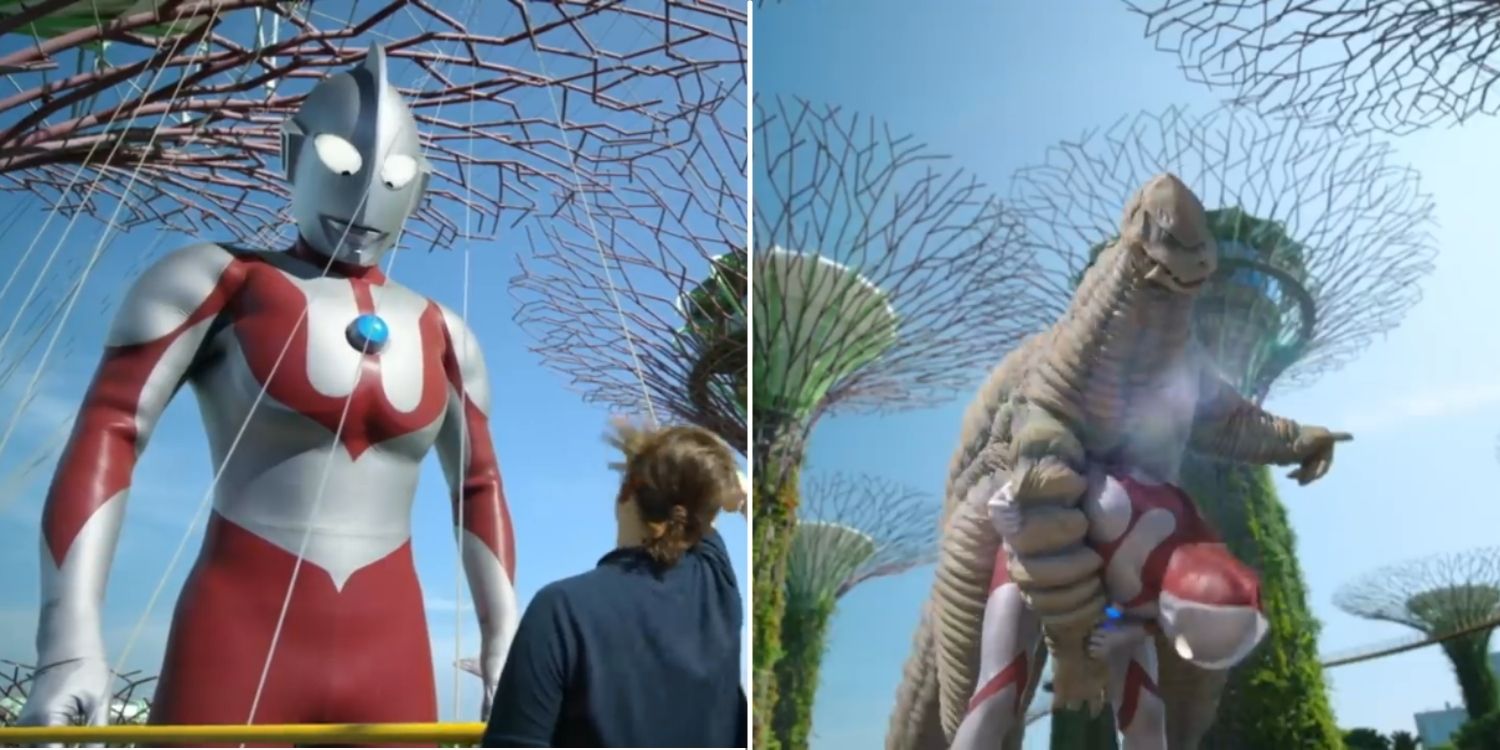 Ultraman Battles With Kaiju In Gardens By The Bay

Those who grew up in the ’90s would be fairly familiar with the Japanese giant-fighting superhero, Ultraman.

Some of the more enthusiastic of us may have even imitated his finishing move in front of the TV.

So when it was time to celebrate 55 years of Japan’s and Singapore’s diplomatic relations, there was no one better to front the campaign than Ultraman himself.

The first of a multi-video series was uploaded on Youtube on 7 Dec with Ultraman going toe-to-toe with one of his many enemies, Red King, at the Gardens by the Bay.

Ultraman’s battle was also seen by Prime Minister Lee Hsien Loong who excitedly proclaimed that one of his favourite jalan-jalan spots is under Ultraman’s protection now. 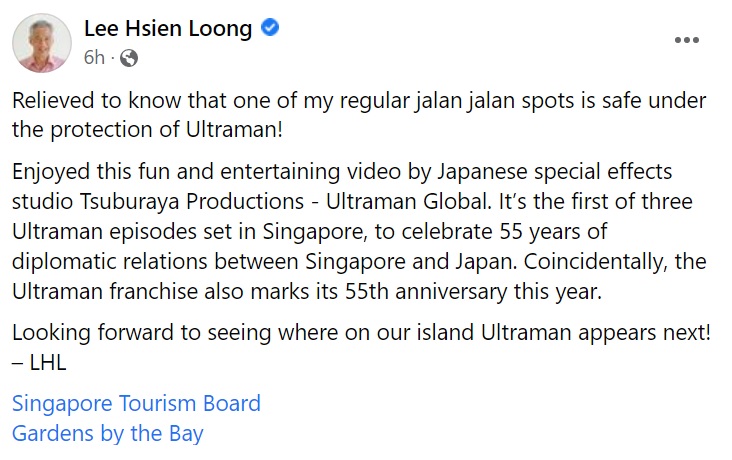 Ultraman flies in between MBS towers

In the 3-minute long episode, a Godzilla-like creature appeared in Gardens by the Bay and was starting to wreak havoc.

The colossal creature stood over Japanese tourists who were scrambling for safety after the monster’s appearance.

In classic Ultraman fashion, the costumed hero arrives on the scene, but not before flying in between the towers of Marina Bay Sands.

After some back and forth, Ultraman threw his opponent on the floor with a judo throw and stood there victoriously, soaking in the applause of the tourists.

These mini-episodes set in the Singapore backdrop are part of the SingapoReimagine campaign.

Helmed by the Singapore Tourism Board, this campaign was to showcase to “convey the charm of Singapore from a new perspective”.

It’s unclear how often these episodes are coming out but at the end of the first episode, they alluded to a bigger bad that Ultraman will have to face.

If promotional posters are correct, we can expect Ultraman to battle our very own Merlion sooner rather than later. Ultraman is now the face of tourism for Singapore in Japan

It’s also fascinating to see such a storied character again after all this time.

If the goal is to bring about tourism for both countries, we think they did a great job.