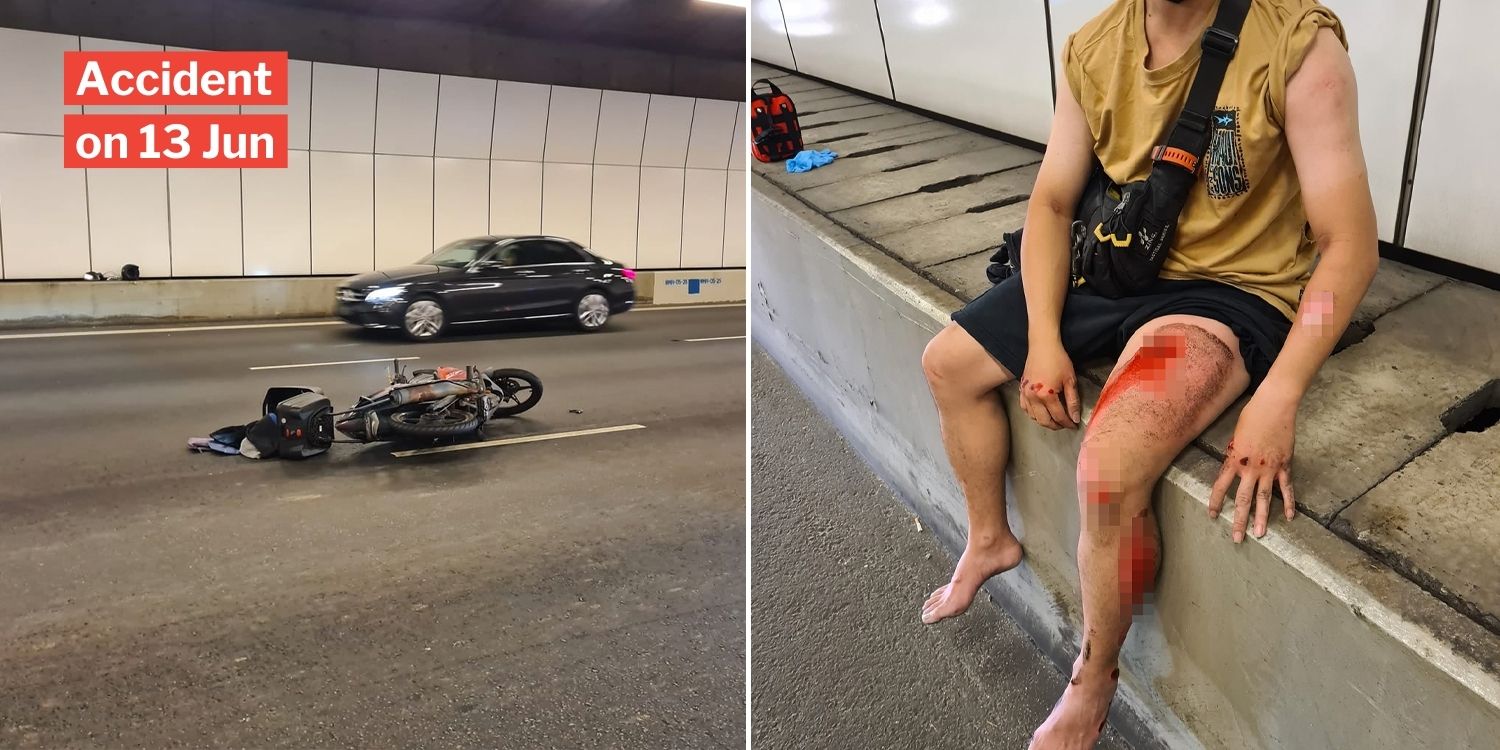 Getting into a serious traffic accident is a distressing and complicated situation. First, we’ll need to call the ambulance and report the incident to the police.

Unfortunately, things can be rather difficult when the other party involved decides to take flight instead.

On Sunday (13 Jun), Facebook group ROADS.sg shared that a motorcyclist was involved in a suspected hit-and-run accident in the evening along Marina Coastal Expressway (MCE). 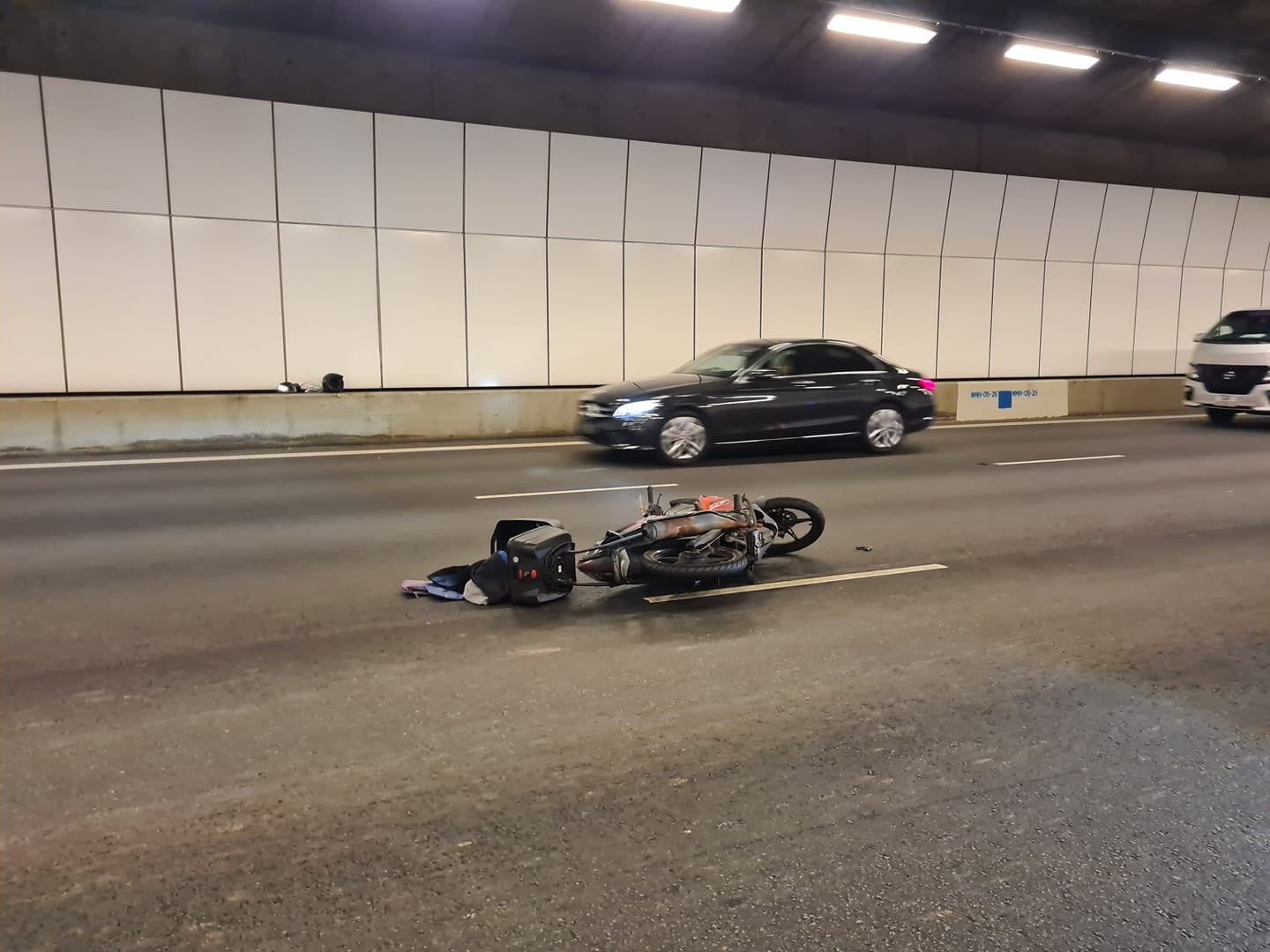 The rider’s wife is now appealing to the public for witnesses or video evidence of the accident.

On Sunday (13 Jun), a suspected hit-and-run accident occurred along MCE towards Kallang-Paya Lebar Expressway (KPE) between 5.30pm and 6pm.

It happened near exit 2B along MCE, towards PIE Tuas and Changi.

In the aftermath of the accident, the motorcycle was left lying on the 2nd lane of the expressway as cars continued to pass. 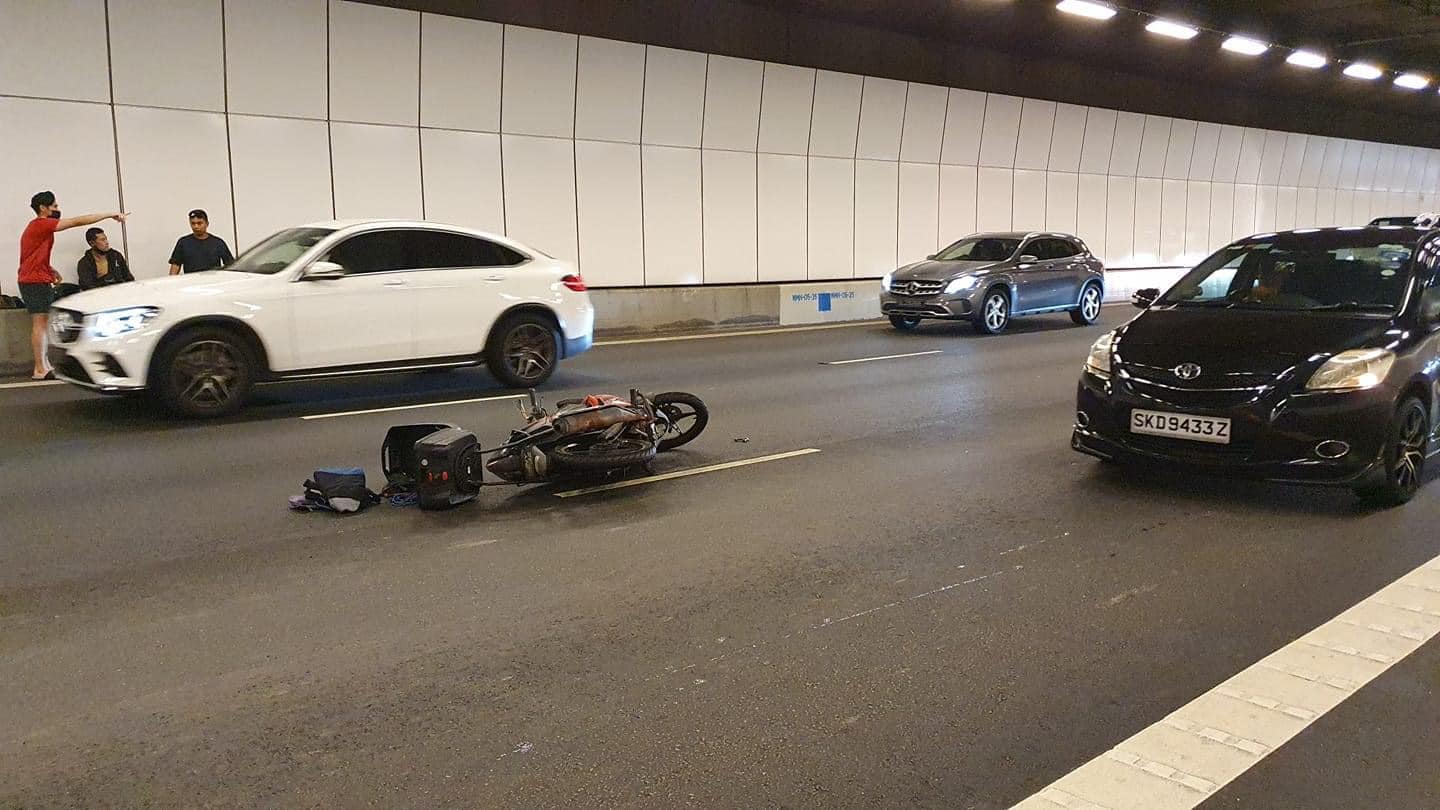 Eventually, it had to be towed away. 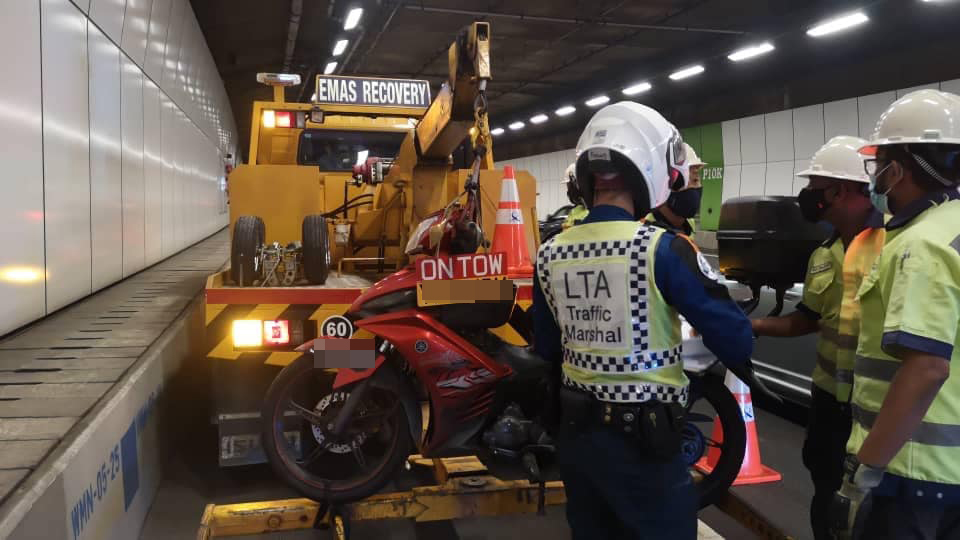 Appeals to public for video evidence

The motorcyclist suffered injuries following the accident. In the photo below, he sits at the side of the road with most of his limbs looking scraped and bloodied. 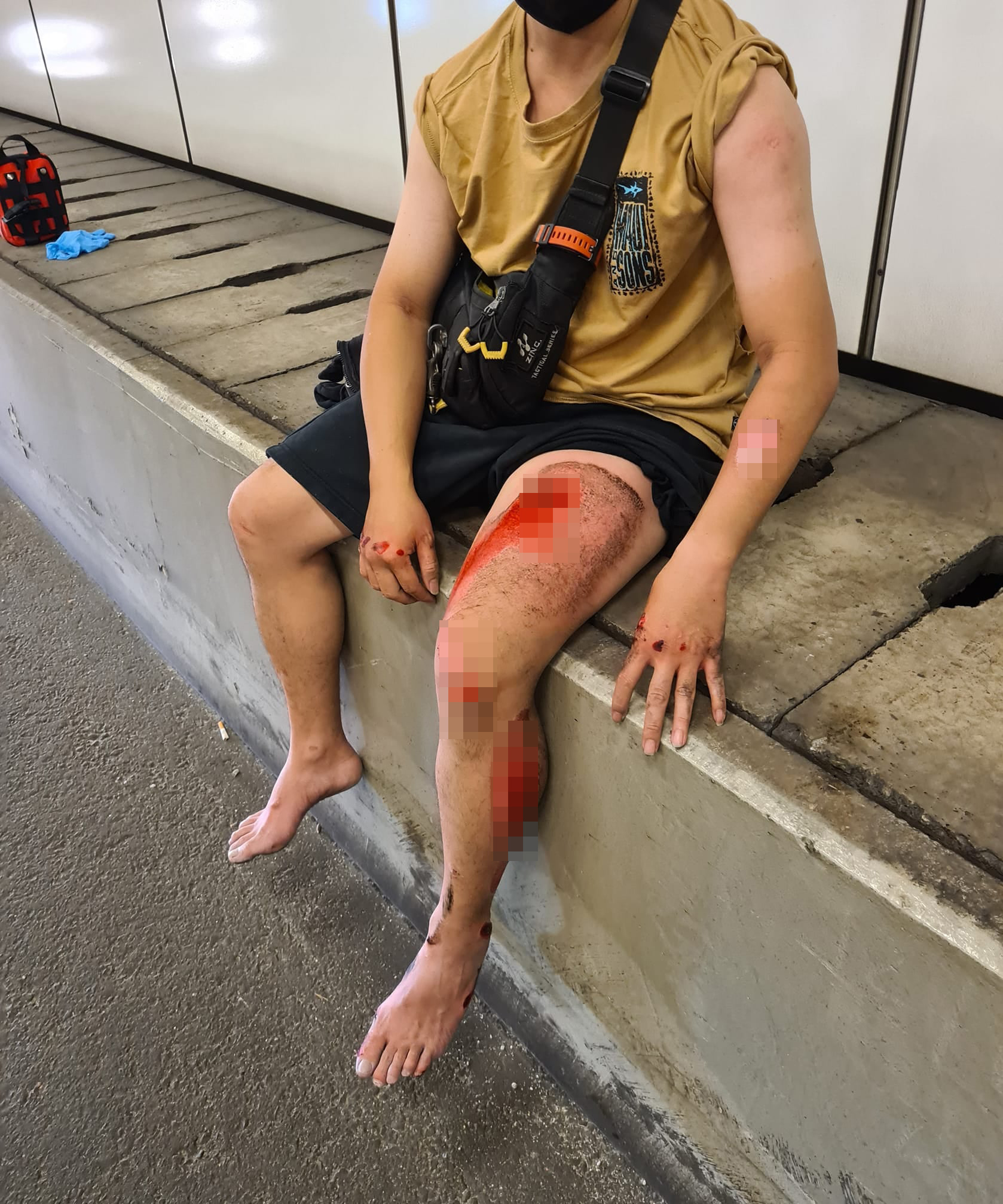 Not much is known about the accident at press time.

The rider’s wife is now appealing for video evidence regarding the accident from witnesses.

If you have any information, do reach out to the rider’s wife at the number listed in the Facebook post here.

Reach out if you have any information

Sometimes, accidents can happen so quickly that victims are often left in a daze, not knowing what happened.

Especially in hit-and-run accidents, video evidence is all the more important to get to the bottom of the incident.

If you were travelling along the expressway at the time of the incident and have information that could help, do reach out to the rider’s wife.