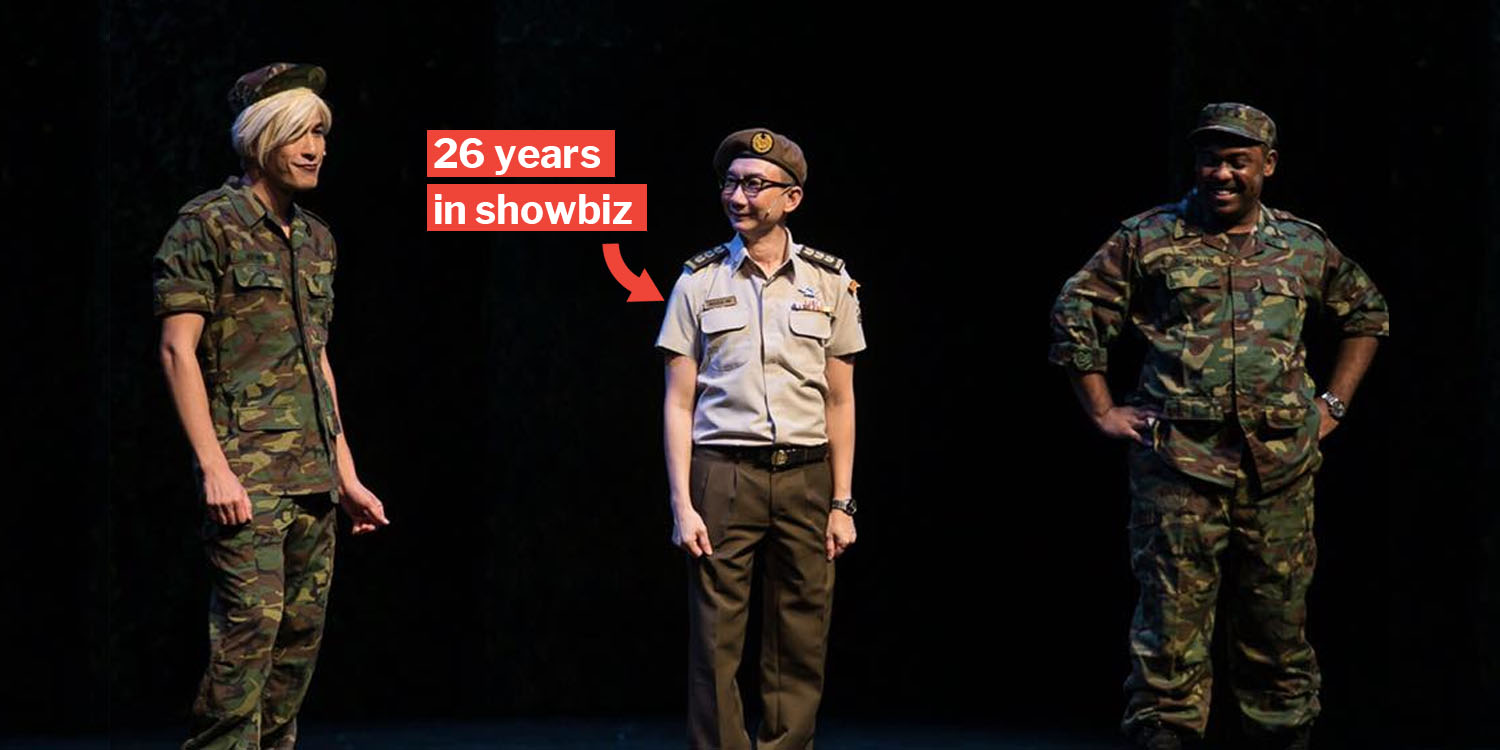 Local comedian Hossan Leong turned 50 on 10 July and he’s celebrating it the best way any thespian would — by having a big show for his loyal fans.

Hossan-AH 50! Love you LEONG Time! could likely be his last concert in a while, and he promises a show filled with heaps of laughter.

We interviewed the star himself to find out how he feels about hitting the big five-o and how far he has come.

His journey so far

Having made his first appearance in Singapore’s entertainment scene in 1993, Hossan Leong is into his 26th year as an actor, comedian, host and radio DJ.

To him, being on stage and making his audience laugh is a great achievement. Describing the contentment that he derives from his work, Hossan says,

Being able to bring happiness and joy to my audience, hearing them laugh, guffaw and howl with laughter. It brings a sense of fulfilment. It’s so intangible.

A moment he’ll always remember was when he received the lead role in Michael Chiang’s 1996 movie “Army Daze” by chance.

The original actor contracted chicken pox just before shooting started in 1994, so Hossan was called to replace him at the last minute.

He had only 24 hours to prepare before taking over the next night, but delivered a memorable performance as mummy’s boy Malcolm Png nonetheless.

Apart from perfect and exaggerated Singlish, Hossan is also fluent in French. He’s worked closely with the Alliance Française, an organisation that promotes French film, art and culture around the world.

For his work, he was conferred the title of Chevalier de l’Ordre des Arts et des Lettres (The Order of Arts and Letters) by the French Ministry of Culture — an achievement which he is especially proud of.

Advice for aspiring talents & those hitting 50

Speaking from experience, Hossan advises young artistes to keep growing and learning. Stopping once they think that they’ve reached the top will only make them complacent, and make the fall very hard.

He also emphasises on the importance of “being real” — fame and wealth will eventually pass, so being a genuine, healthy and happy person is what matters more.

On turning 50, all he has to say is that growing old is inevitable. What we should do is simply embrace it, and hopefully find that life gets a little easier to handle.

To share his immense gratitude for the opportunity to entertain people, Hossan will be having an exclusive show for his loyal supporters.

He guarantees lots of songs and laughs, with a special Hossan-AH quick-change segment where he’ll portray up to 8 Disney princesses in 12 minutes.

You can buy tickets online via the Sistic website, mobile app or hotline at 6348 5555. Or visit any authorised agents around Singapore to get them physically.

Here are more details about the show:

Since National Day is just around the corner, here’s a gem from the comic which should set you in the right spirit.

Penang’s Kek Lok Si Gets Lit For CNY With 10,000 Lights, Looks Like An Imperial City In The Hills