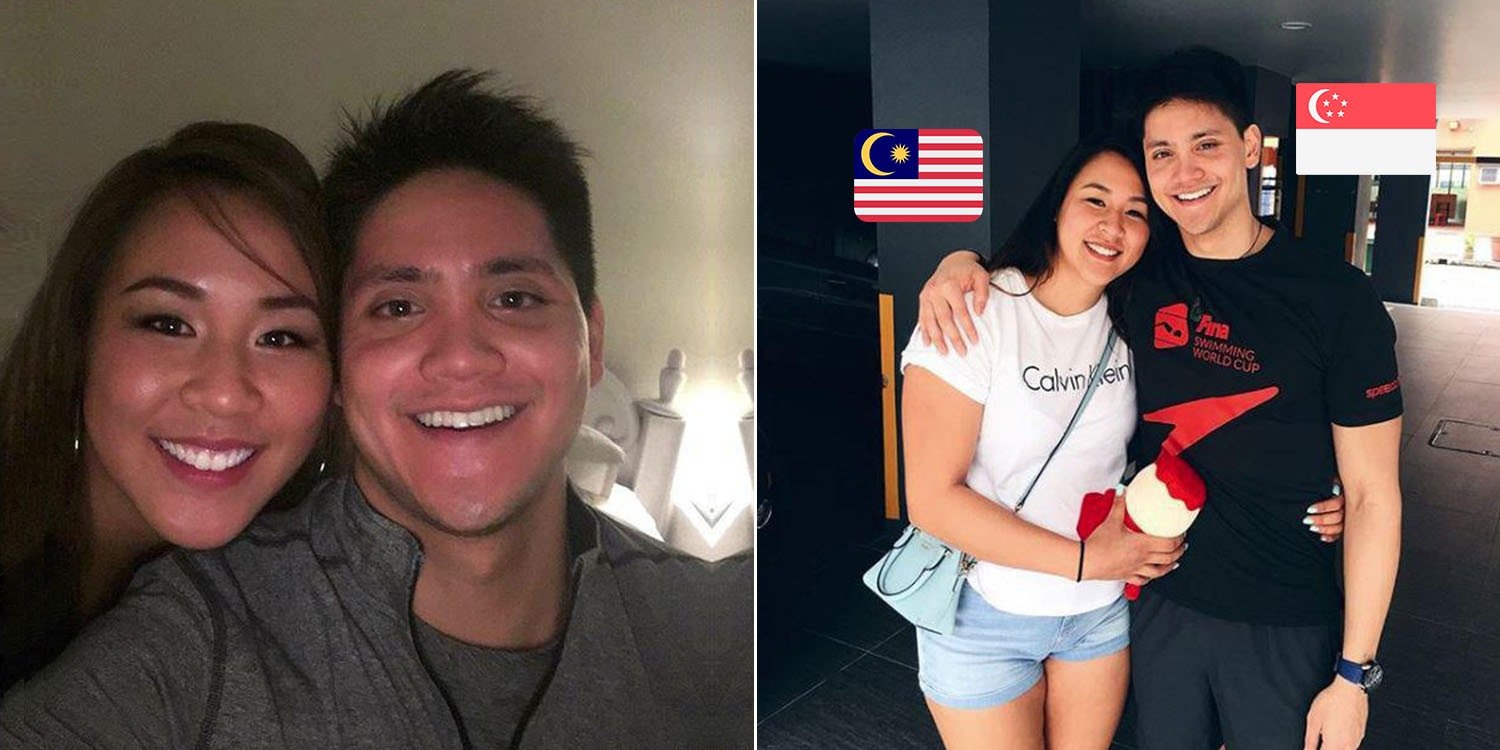 Our relationship with Malaysia hasn’t been tested quite so seriously as in the past few weeks.

In times like these, we ought to remind ourselves of the things that continue to hold us together.

One example would be the friendship – or potentially more-than-just-friendship – between our national swimming champ Joseph Schooling and former Malaysian swimming gold medalist.

Her name is Christina Loh — or as Joseph prefers to call her, Panda.

Rumours are going around that the two have a little something going on.

On 16 Jun, Mr Schooling’s birthday, Miss Loh posted a picture of the both of them on her Instagram page. 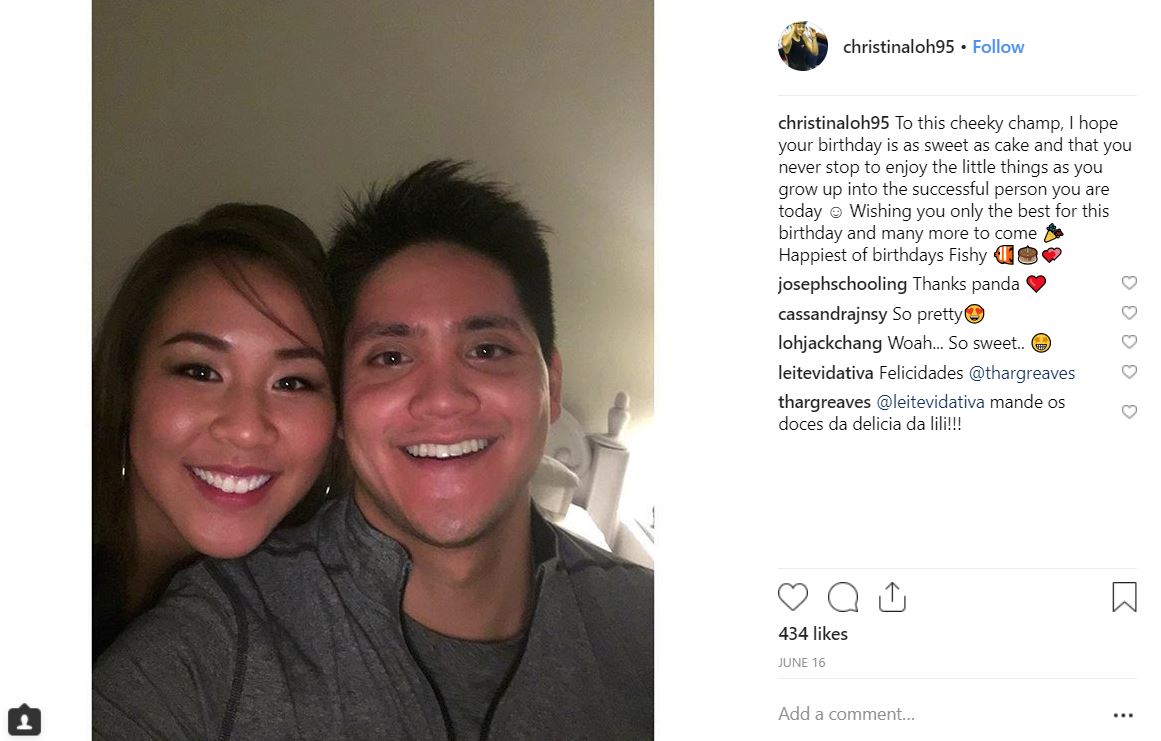 Happy birthday, Fishy, she wished. And he responded in the comments, calling her by her pet name, and including a single, sweet heart.

Then on 19 Nov, she posted another picture of the both of them. This time it was for an event he had participated him. In her caption, she wrote, “this gem is extra special”. This time Joseph would respond with 3 heart emoticons. With affectionate pet names and a generous number of heart emoticons, there seems good reason to believe that the 2 swimmers are more than just friends.

Panda is just as good a swimmer

If there’s anything that’s going to work out for the potential couple, it’s that they’ll be able to race each other in the swimming pool whenever they’re bored.

Miss Loh is a breaststroke specialist and had won 2 gold medals in the breaststroke event at the 2013 SEA Games in Myanmar.

But in 2015, she left her country’s national swimming team to focus on her studies in the US.

Schooling’s mother told reporters before that the athletic boy has “many female friends“. So it’s possible that we’re all wrong about their relationship.

But even if the two swimmers aren’t dating, their friendship sends a powerful message — that we have ties to Malaysia at the most basic, personal level.

Some of us may even have close friends and relatives living in Malaysia.