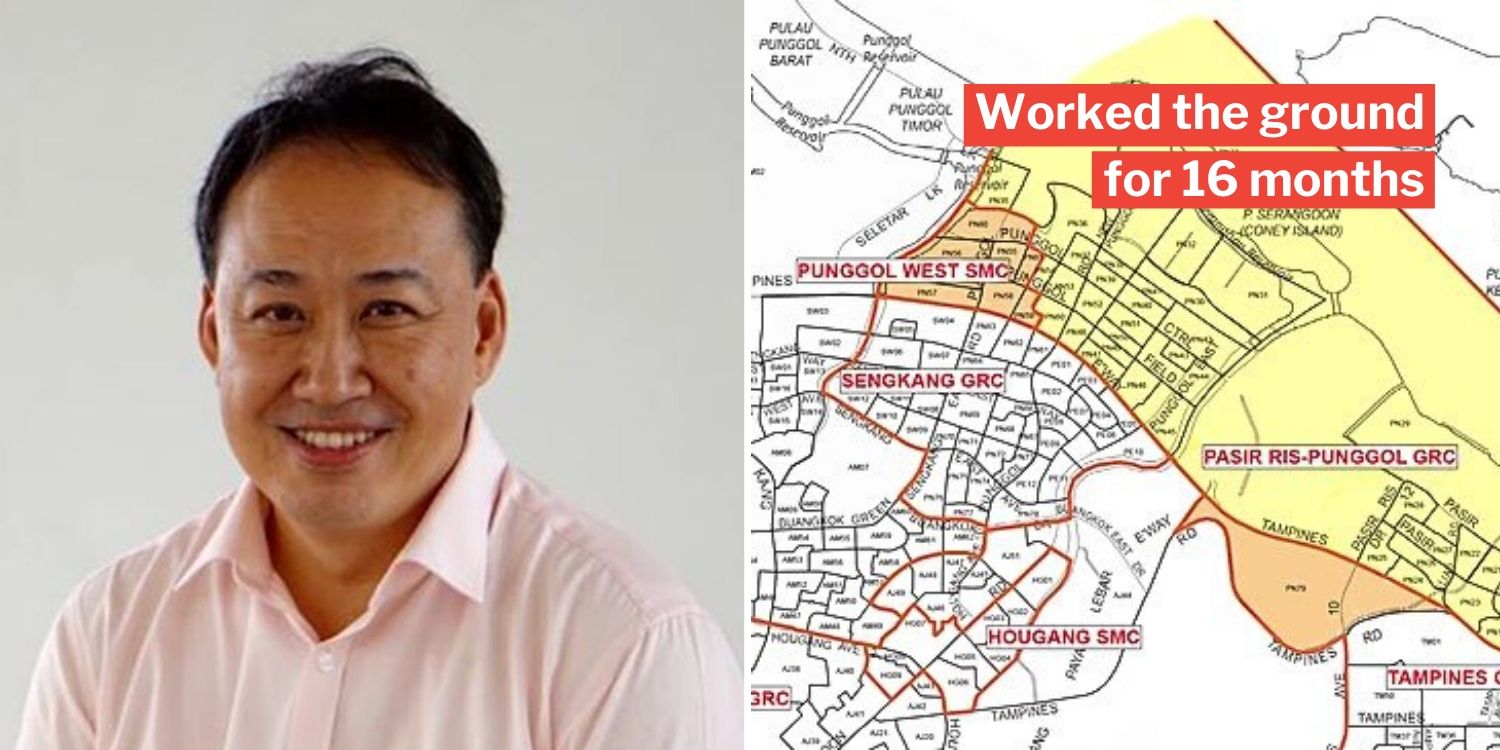 Even before the election was called by Prime Minister Lee Hsien Loong, People’s Voice (PV) founder Lim Tean declared that he was prepared.

He unveiled his party’s logo and flag on 17 Jun, and has now declared that his party will run in Punggol West Single-Member Constituency (SMC) and Pasir-Ris Punggol Group Representation Constituency (GRC). PV has been active in Punggol

In a short Facebook post on Wednesday (24 Jun), Mr Lim started off by declaring his party’s interest in Punggol West SMC. 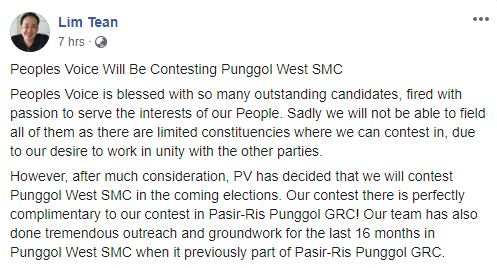 Then, he also revealed that the PV will also contest Pasir Ris-Punggol GRC.

That’s because the party has done “tremendous outreach and groundwork” in Punggol West SMC for the last 16 months. 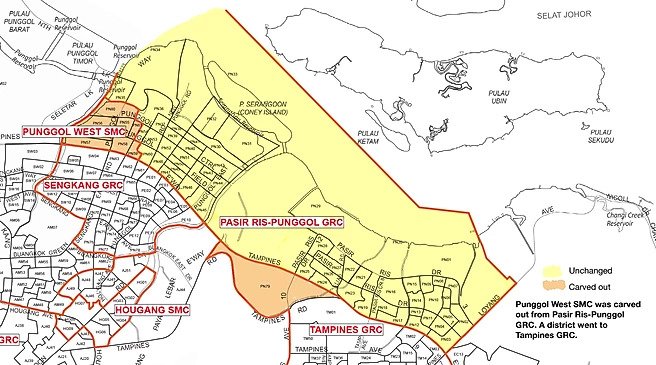 Working in unity with other parties

While, Mr Lim claimed that he had “many outstanding candidates”, the PV won’t be able to field them all due to “limited constituencies” to contest.

And that’s because he want to “work in unity” with the other parties.

Speaking of working in unity, though, the SDA has also indicated that it would contest Pasir Ris-Punggol GRC.

In fact, according to SDA leader Desmond Lim, Pasir Ris-Punggol GRC is the only constituency it will contest in GE2020, and the SDA is already working the ground in Pasir Ris. 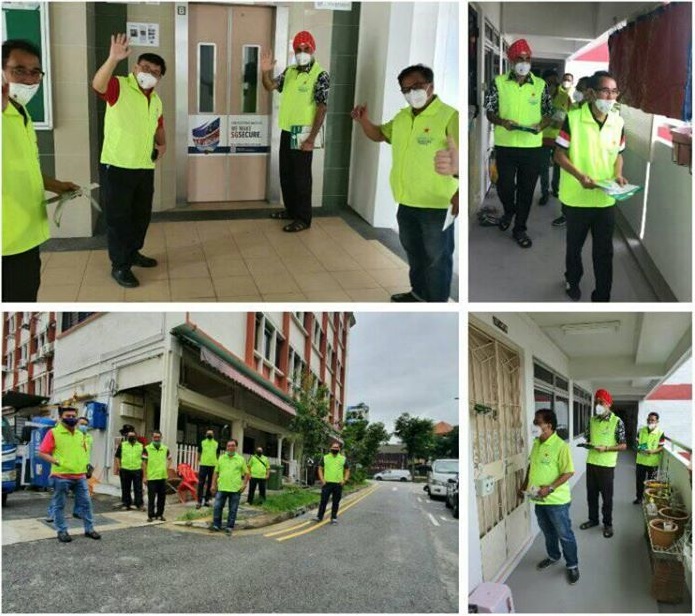 How about Jurong GRC?

Also, last Friday (17 Jun), Mr Lim had posted on Facebook that he was going to contest Jurong GRC. 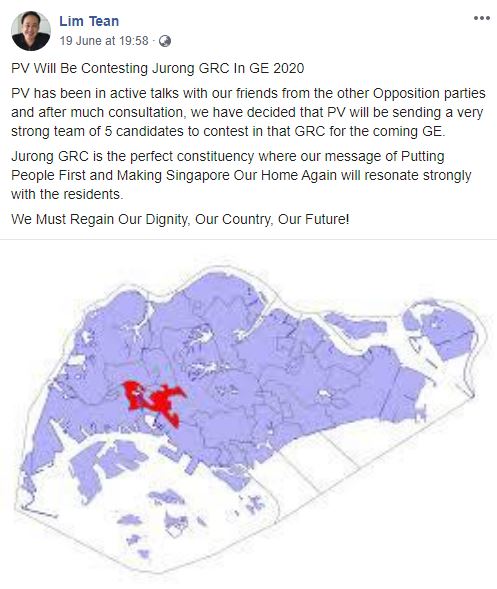 Just hours before that, the constituency was claimed by newest party Red Dot United (RDU), who said that it will contest there if no other party wants it.

Since PV staked a claim there just slightly later than RDU, will RDU back off?

Or has PV already backed off, since RDU has choped the area already?

So who wants Jurong GRC, now?

What will become of Lim Tean’s bankruptcy woes?

If that weren’t puzzling enough, there’s the matter of Mr Lim’s bankruptcy woes.

Although he’s reportedly facing 2 bankruptcy claims on a total debt of $1.45 billion, he has denied them fervently.

That the Singapore Constitution disqualifies undischarged bankrupts from representing citizens in Parliament — meaning someone who is made a bankrupt is not eligible to contest in the elections.

Where will the PV finally contest?

So, where will the PV finally contest? In Punggol West SMC only?

Or will it contest Pasir Ris-Punggol GRC, where it might face a 3-cornered fight with the SDA?

And is it still thinking of contesting Jurong GRC, where it might face a 3-cornered fight with the RDU?

We’ll just have to wait till further announcements are made, or the die is finally cast on Nomination Day.