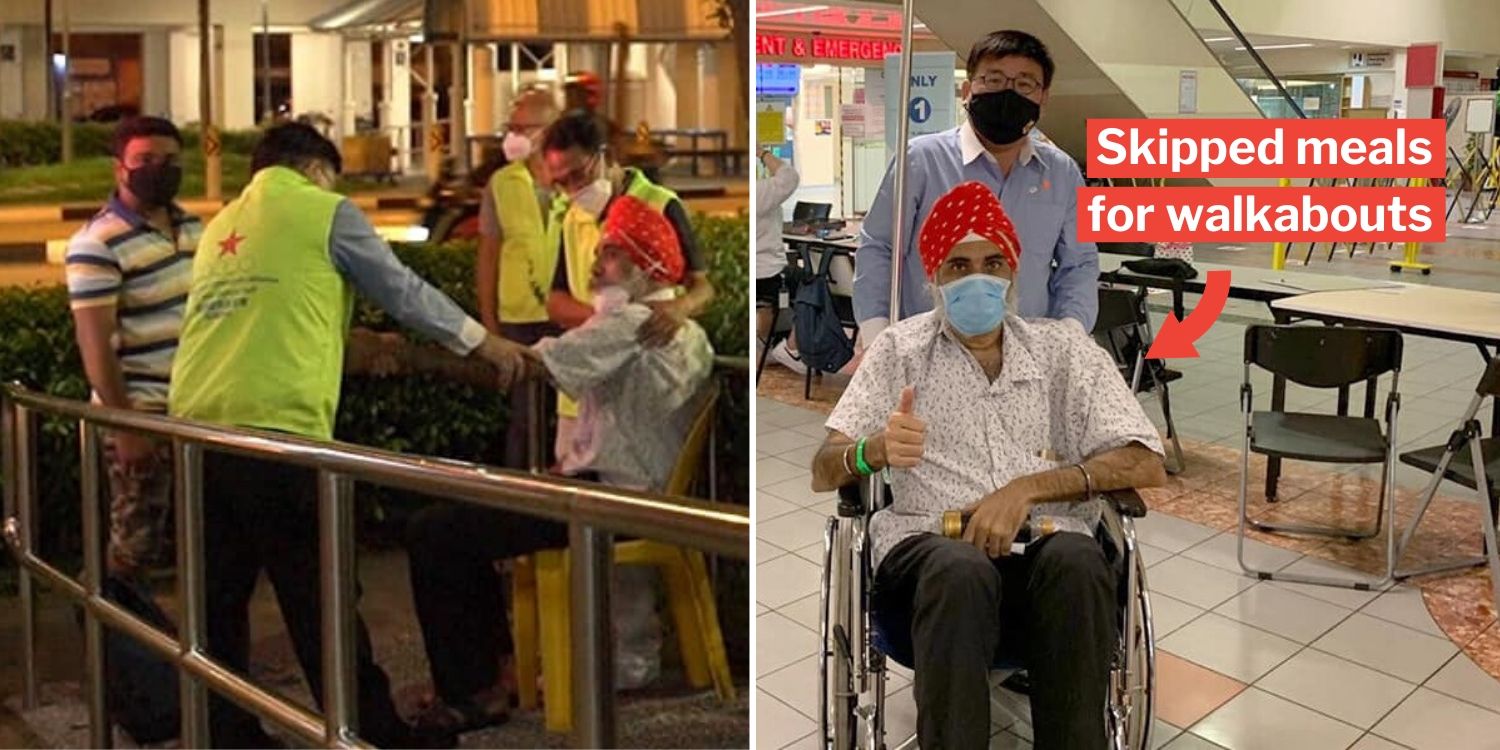 Election walkabouts can be tiring and uncomfortable, given Singapore’s hot, humid climate that’s recently given way to constant rain.

The campaigning became a little too much for Mr Harminder Pal Singh, the chief media officer of the Singapore Democratic Alliance (SDA), on Monday (22 Jun) night.

During a walkabout in a Pasir Ris coffee shop, he felt unwell and was sent to hospital. Thankfully, he has been discharged after spending the night there. 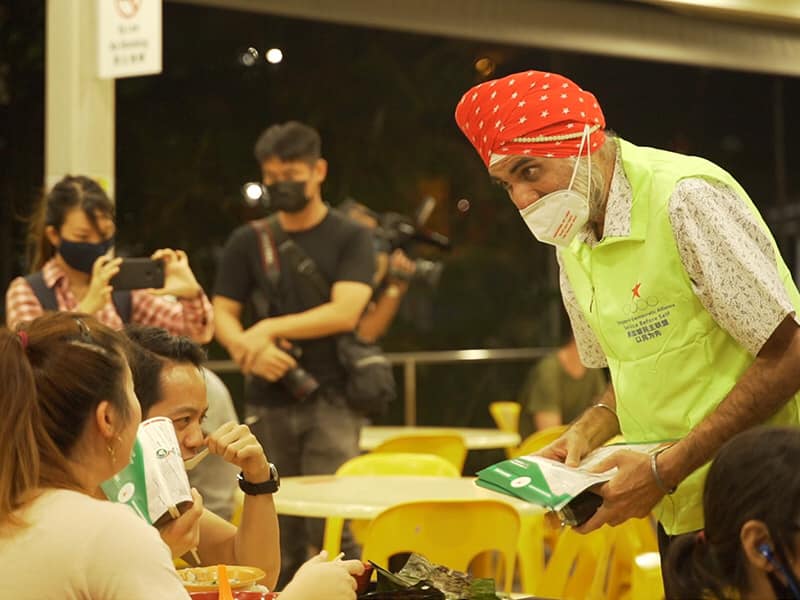 According to SDA chairman Desmond Lim in a Facebook post on Tuesday (23 Jun) morning, Mr Harminder felt “giddy” during the walkabout on Monday night. 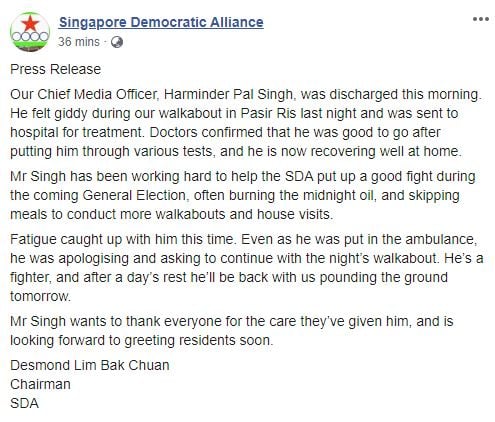 Describing in further detail what happened, a TODAY Online report said that the SDA members were filming a promotional video when Mr Harminder, 48, “appeared to stumble” and was “unable to stand”.

He was then helped to a seat. 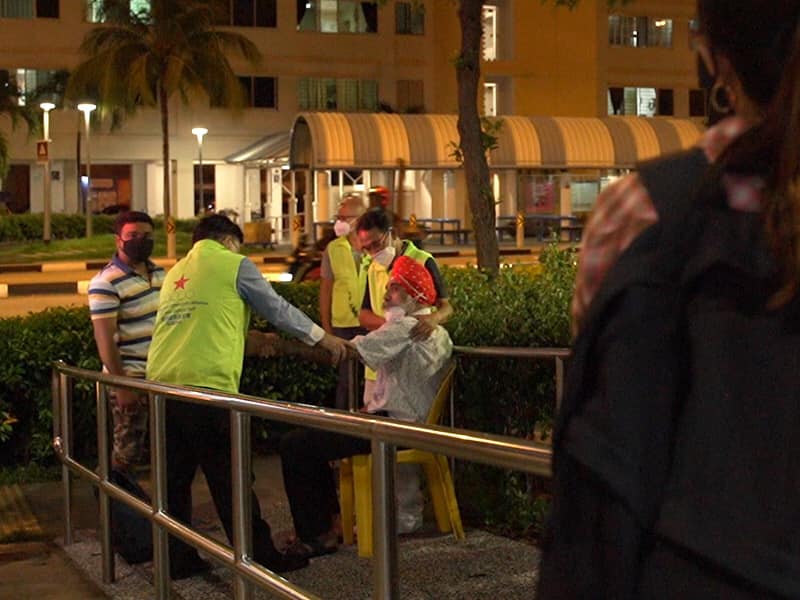 Apologising as he was sent to hospital

After an ambulance was called, a paramedic from the Singapore Civil Defence Force arrived to provide assistance.

Shortly after, an ambulance arrived, and Mr Harminder was sent to hospital for treatment.

As he was being put in the ambulance, he was still apologising, said Mr Lim.

Apparently, Mr Harminder wanted to continue with the walkabout despite his condition. Mr Harminder had also been skipping meals to as to conduct more walkabouts and house visits, he added. 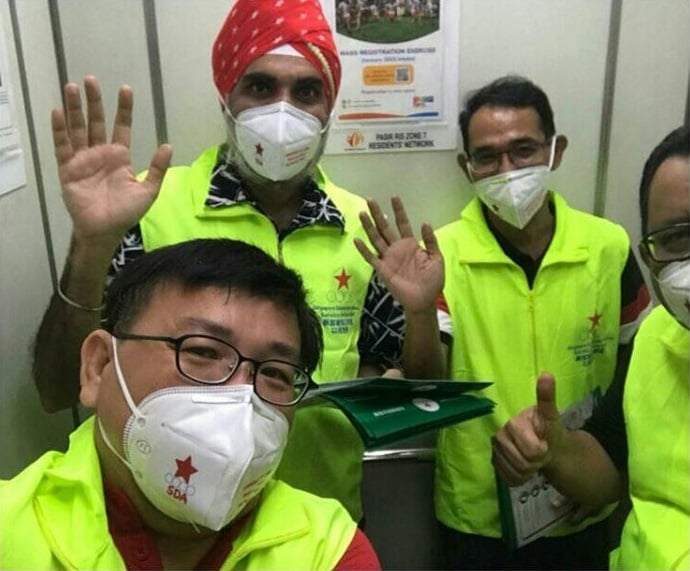 Thus, Mr Lim attributed the incident on Monday night to fatigue, which caught up with Mr Harminder.

He also told TODAY Online that Mr Haminder had eaten a meal that was a day old while on the campaign trail.

Cleared by doctors, he’ll be back This won’t be end of his campaign, however, as Mr Lim called Mr Harminder “a fighter”.

He will be back “pounding the ground” after a day’s rest.

Mr Harminder has thanked everyone for the care and concern, and said he’s looking forward to meeting residents again.

He’s been working the ground there since 2011, as part of the SDA team that contested the GRC in the 2011 General Election (GE).

Mr Harminder was also part of the team that contested the same GRC at GE2015. 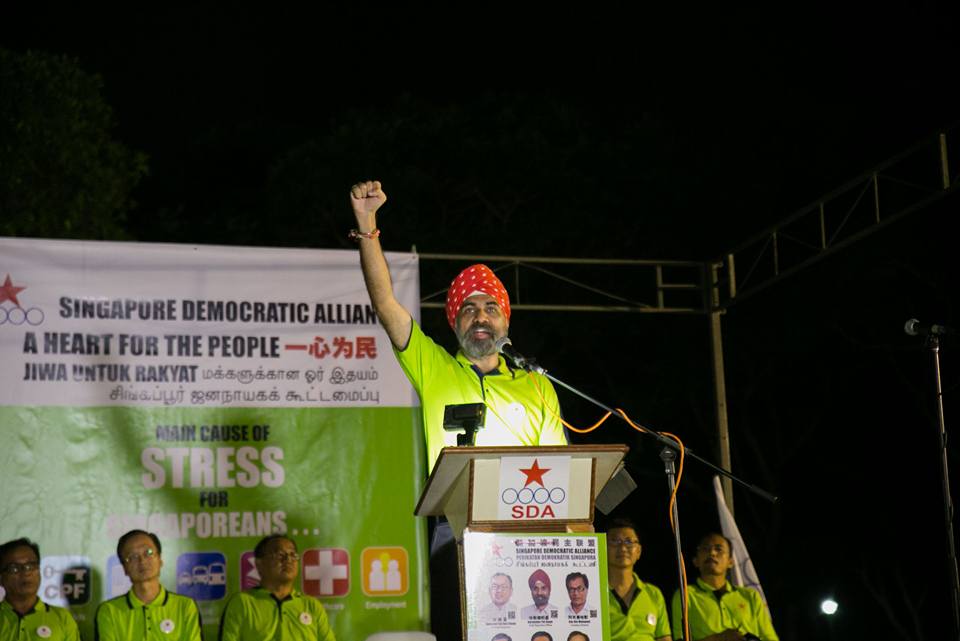 While his tireless work didn’t pay off with in a win at the 2 previous elections, Mr Harminder doesn’t seem to be giving up, as the SDA will be running in Pasir Ris-Punggol GRC again in the upcoming GE, TODAY was told.

Details of its candidates will be revealed later.

We’re glad that Mr Harminder is feeling better now, and we wish him all the best for his health.

It’s set to be a gruelling campaign, what with the new rules on campaigning due to Covid-19 restrictions, so we hope that all the candidates can stay healthy and safe.