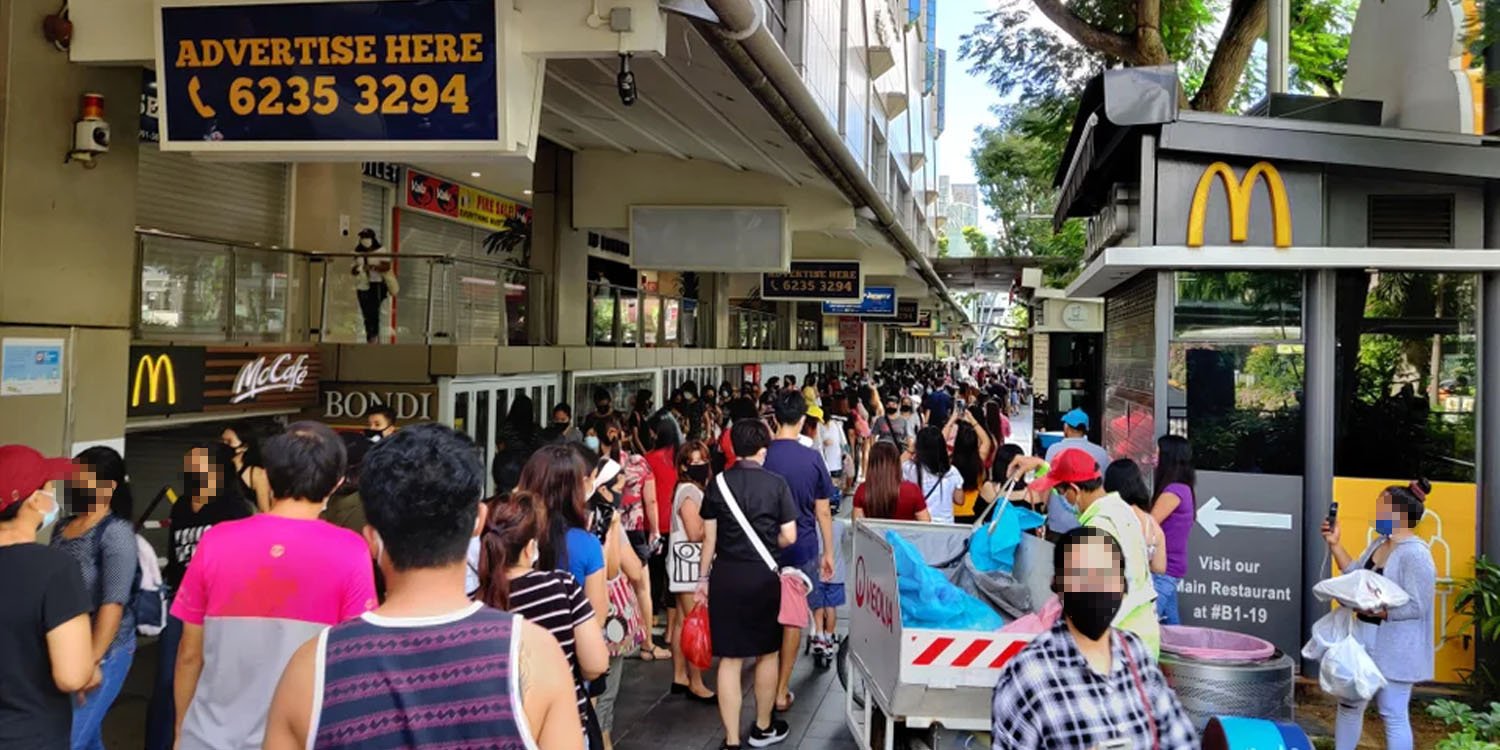 During the Covid-19 outbreak, most of us are avoiding crowded places in order to reduce the chance of contracting the coronavirus.

However, on Sunday (31 May) morning, Lucky Plaza in Orchard saw a huge crowd at the mall. Reddit user u/baldingjoee shared a picture of the packed shopping centre on the Singapore subreddit. While such a scene might be frowned upon given the current situation, some netizens later explained that the crowd comprised of workers who were trying to remit money home.

In the picture, a large group of people can be seen at the boulevard outside the mall, similar to what you’d expect pre-Covid on a Sunday morning. 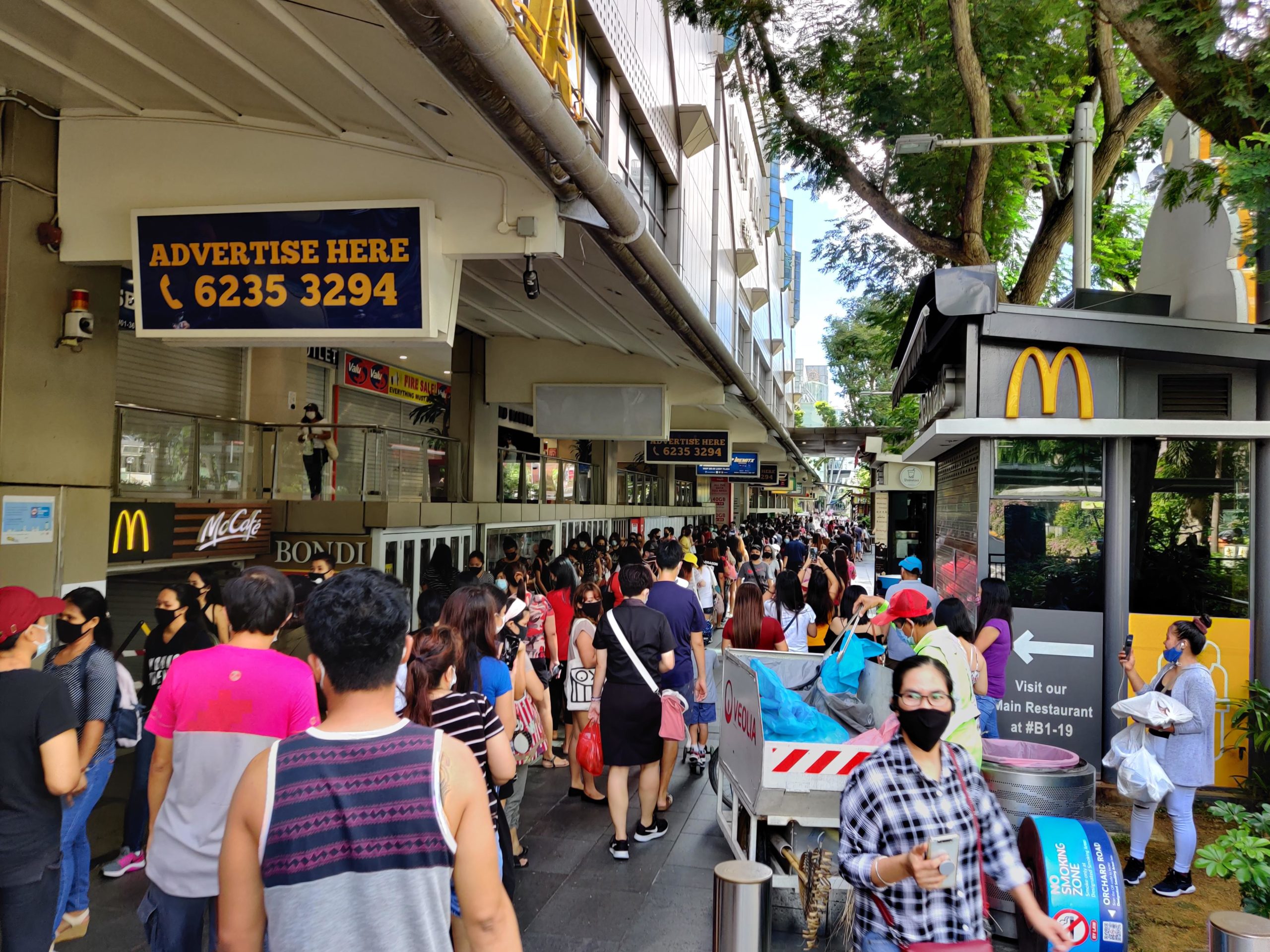 The redditor claims in a later post that most people in the crowd seem to be queuing while others were merely passing by.

In another video shared by netizen Em Jei Valdez, shoppers can be seen standing in a line along the pathway. 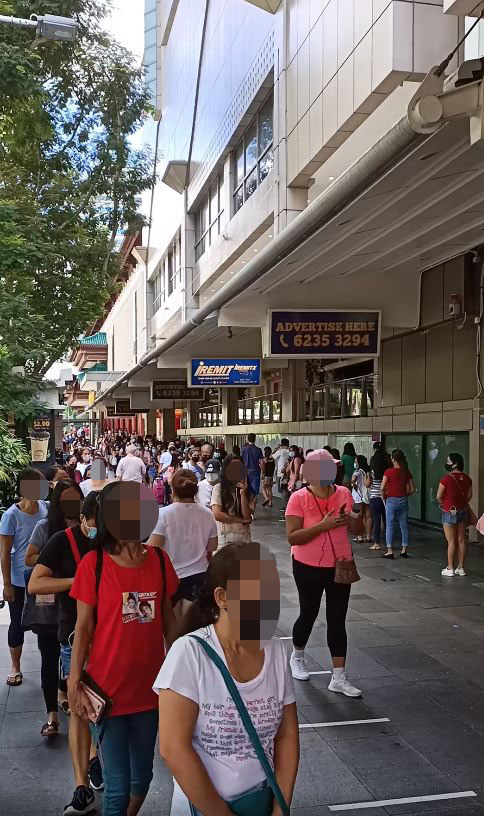 Though the size of the crowd is rather worrying, all of them seem to be adhering to the social-distancing markings on the floor and were donning masks as well. 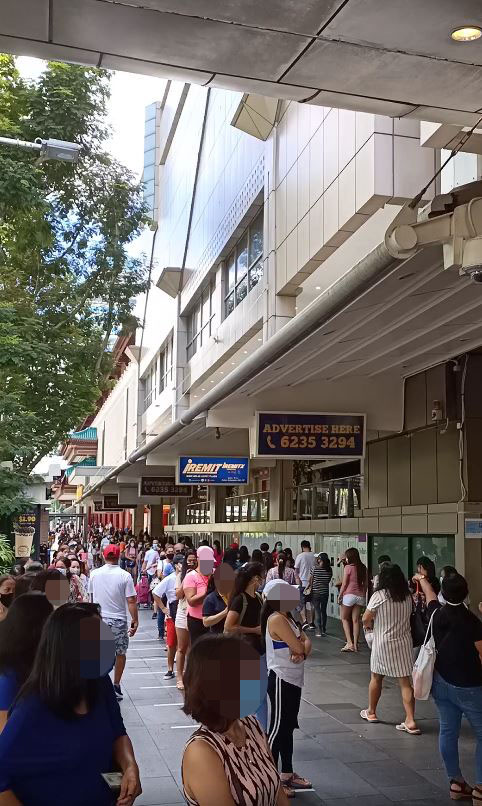 Chances are, you must be wondering why the group of shoppers were even visiting the mall during this period.

Well, according to some netizens, the crowd comprised mostly of domestic workers who were hoping to remit money home.

This is apparently common at the end of the month.

In the comment earlier on, the OP also pointed out that the crowds had occurred since Lucky Plaza only has 1 entrance for shoppers to enter.

This was pointed out by another netizen on Facebook earlier in the week. 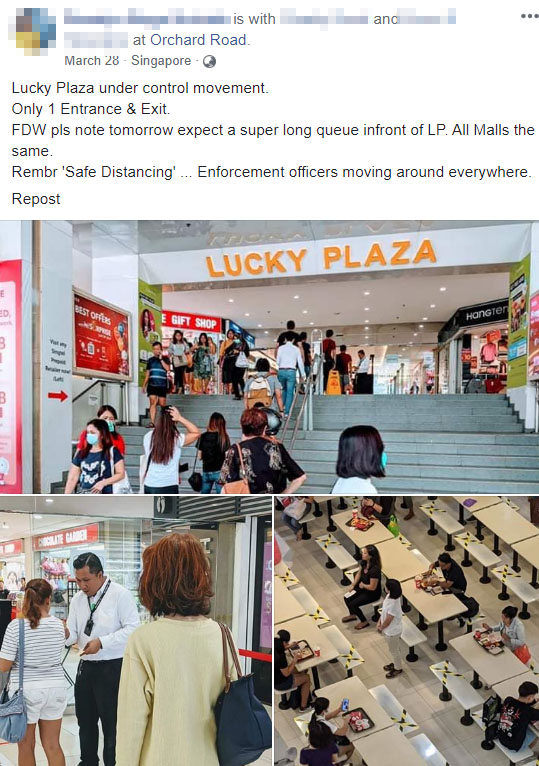 Though visitors at the mall seem to be following social-distancing rules, a crowd of this size could potentially pose health risks.

MS News has reached out to the Ministry of Manpower to inquire how similar situations may be mitigated.

Meanwhile, we hope that Lucky Plaza’s management will put in place additional crowd-management measures to help mitigate crowds in the foreseeable future.

Kusu Island Pilgrims Have To Reserve Slots, Only 500 Visitors Per Day From 28 Sep