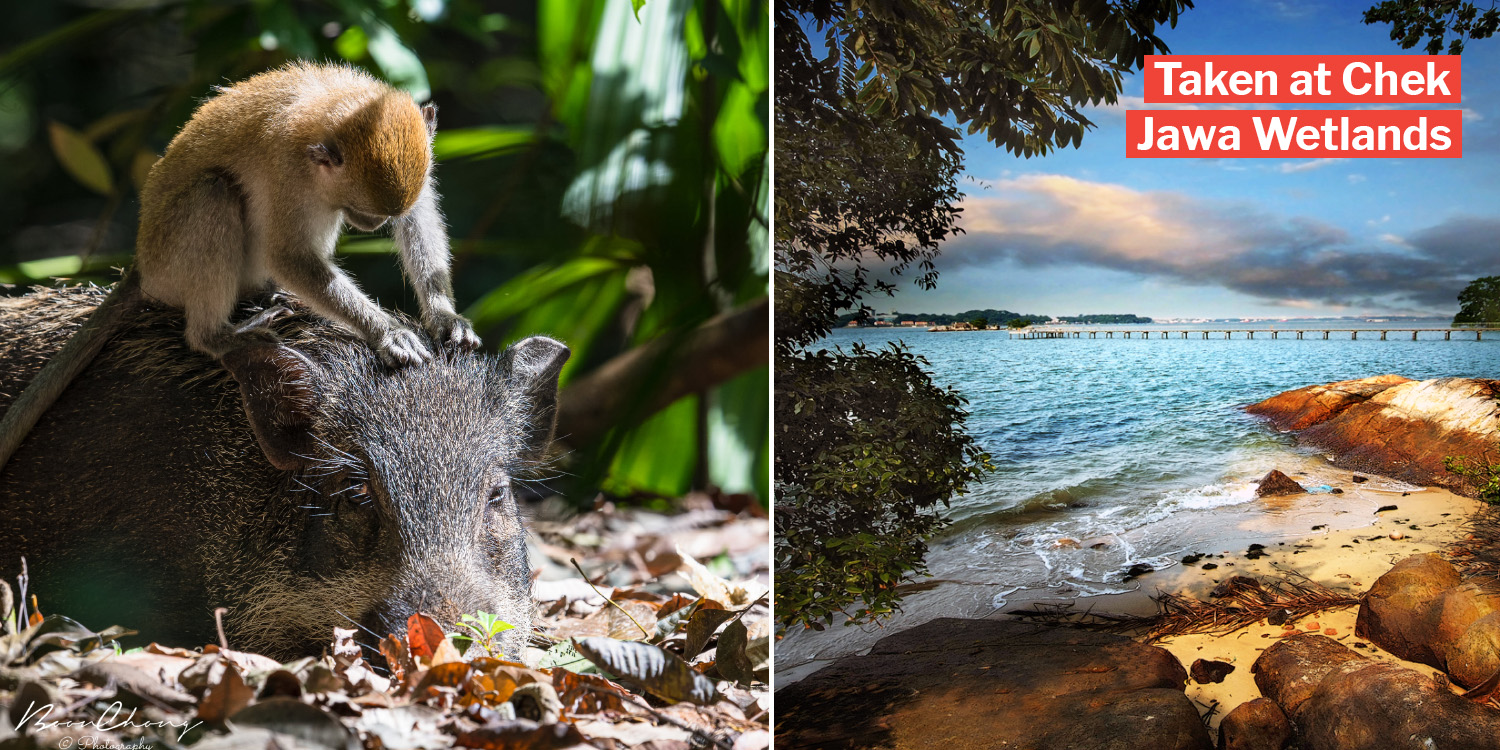 Although Singapore is very much an urban landscape, some wild animals manage to thrive both on the mainland and off it — notably at Pulau Ubin, a throwback to the old days.

There, wild boars and other animal species thrive. But they also interact in a way rarely seen here, as shown by this netizen’s snapshot of a macaque grooming a wild boar. 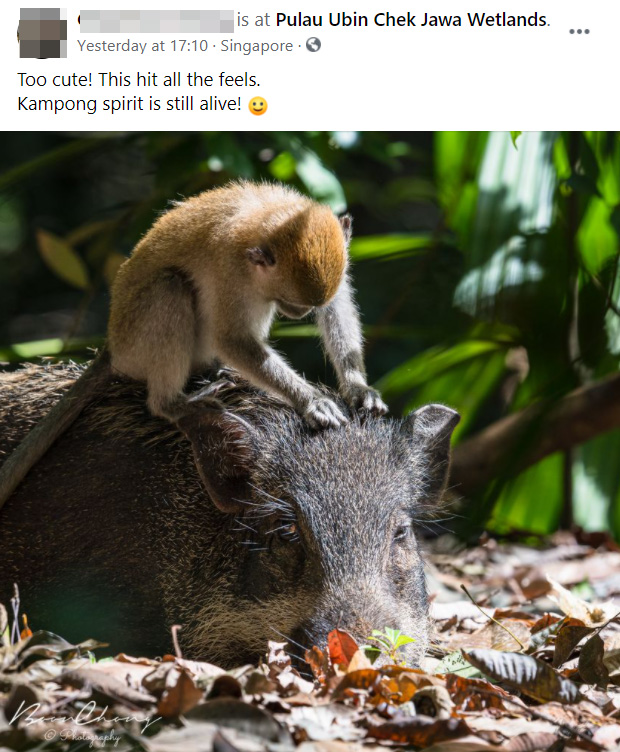 Is it just us, or do they give off Timon and Pumbaa vibes? 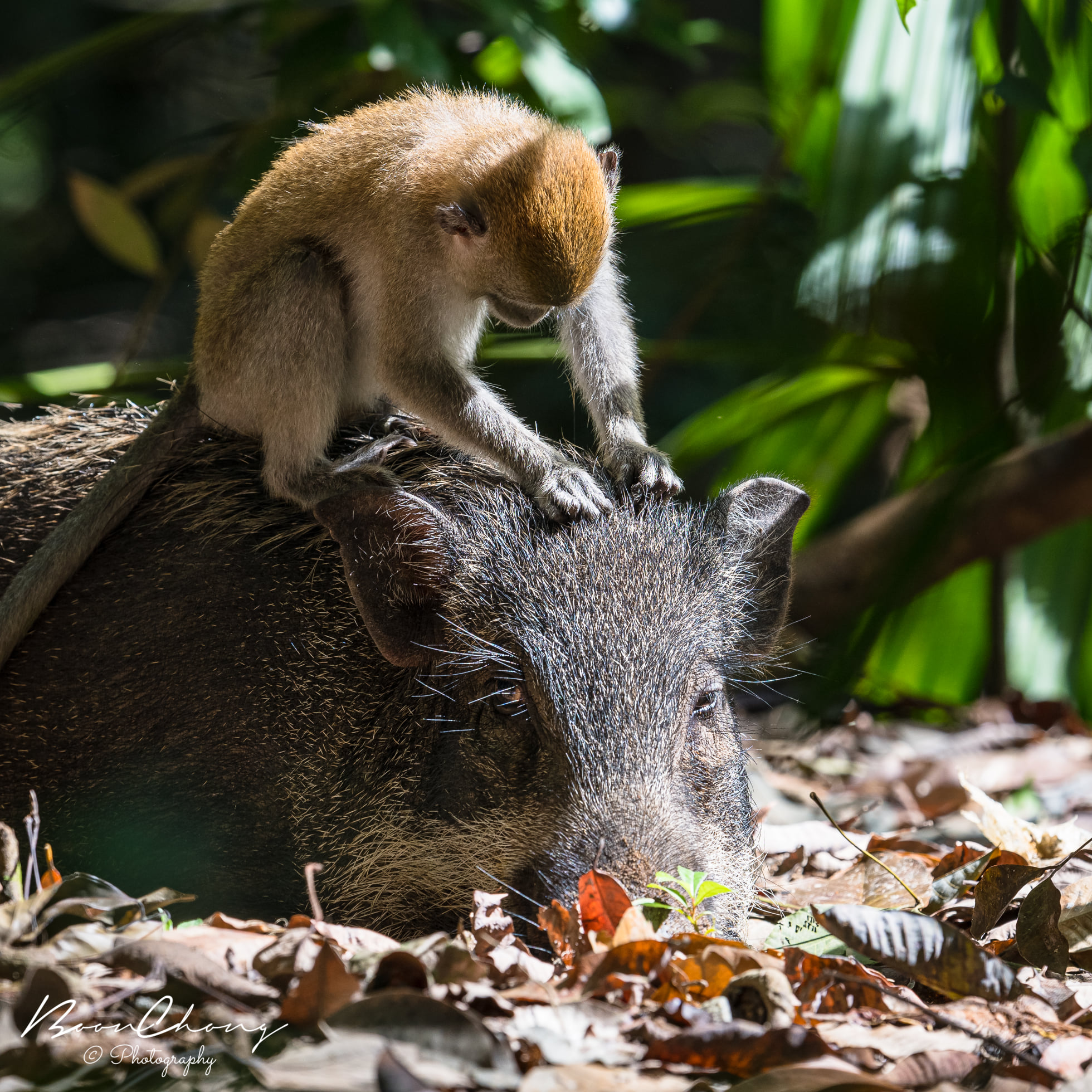 The Chek Jawa Wetlands is a teeming ecosystem protected by authorities, and thanks to that, many animal and plant species are able to thrive there.

Macaques often hang around the area, and this one just happened to be chilling on top of a wild boar, idly grooming their possible partner-in-crime.

Another photographer managed to get a shot of the wild boar and macaque from a different angle.

This time, the photo, which depicted the full length of the wild boar, revealed 2 more macaques chilling behind the boar. 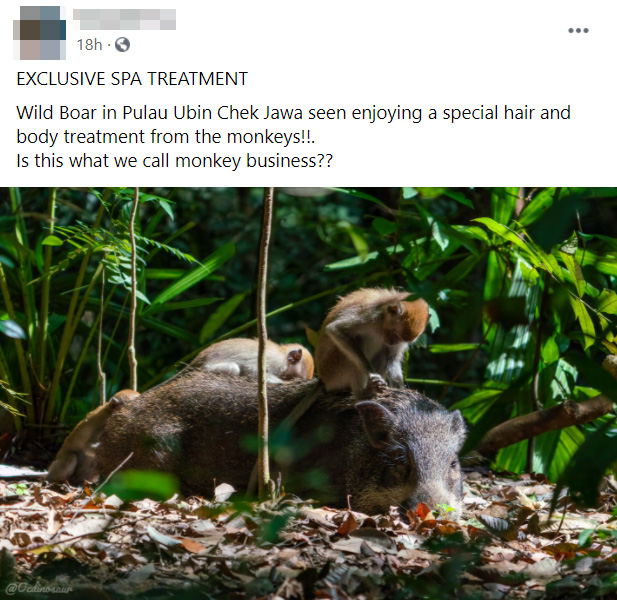 What we’d give to be able to chill like that on a weekday instead of working, with 3 dedicated groomers or masseuses for extra comfort.

Netizens gush over shot of wildlife

Netizens were uniformly appreciative of the photographers’ skills. Others also didn’t miss the Timon and Pumbaa similarity, although their species aren’t exactly the same — Timon is a meerkat. 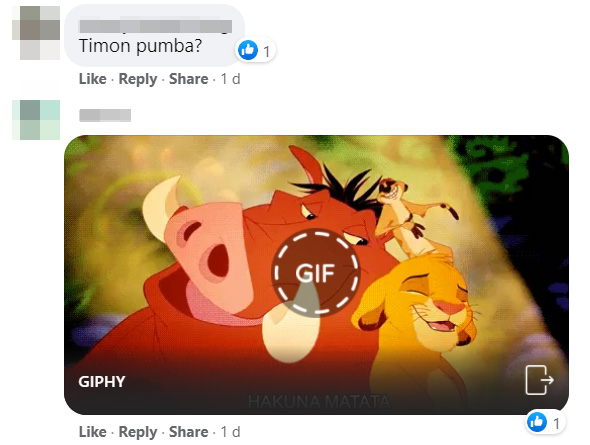 Perhaps that on-screen friendship holds more truth in real life than it would first appear.

Display of interspecies co-existence in Singapore

It’s not everyday that we get to see this interspecies co-living with each other outside of Disney films.

Kudos to the photographers for getting the shots, allowing us to celebrate just how diverse Singapore can be.

Would you rather be the grooming macaque or the chill wild boar? Let us know in the comments below.