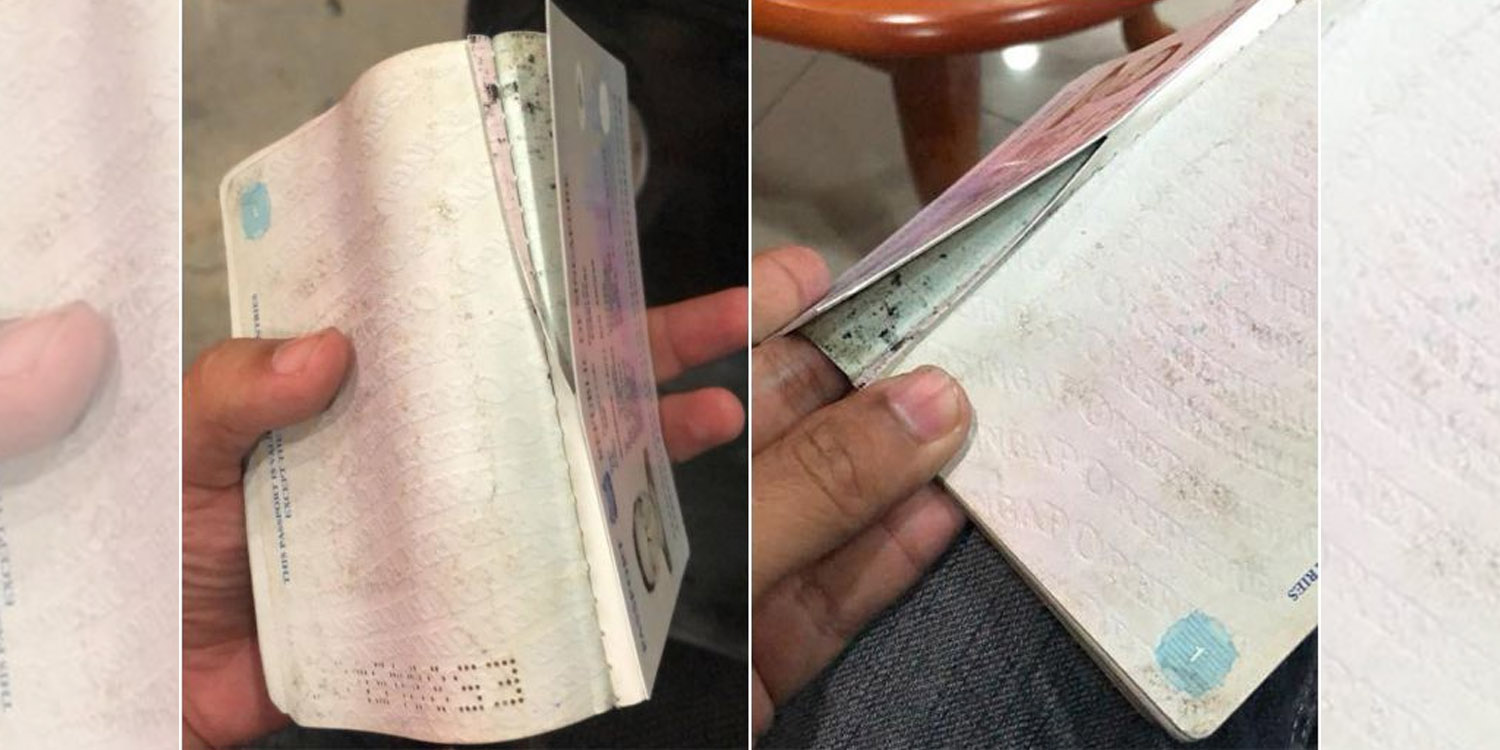 After Tearing His Passport, Officer Asked For A Bribe

Imagine watching your most important travel document torn in front of you. If that’s not bad enough, then imagine being asked for a bribe to settle the matter.

That was the horrific experience of Muhammad Fauzi, a Singaporean on his way to Johor last week.

Mr Fauzi alleges that a Malaysian immigration officer tore his passport in front of him at the Johor checkpoint.

The 26-year-old told The New Paper,

While he was questioning me, I saw his palm moving the bio-metric page clockwise.

Then he told me that I had to make a U-turn back to Singapore because my passport was torn.

But the officer had a trick up his sleeve. He reportedly told Mr Fauzi that he could let him pass, but that the Singaporean had to “help him”.

In case you can’t figure it out, the immigration officer was asking for a bribe.

Not wanting to pay up, Mr Fauzi asked for his passport and returned to Singapore.

He spoke to an ICA officer who advised him to make a police report. Mr Fauzi did so and also shared his ordeal on Facebook.

His post has since gone viral, attracting 12,000 shares. The Malaysian immigration department has opened an investigation into the matter as well as the officer.

ICA considers a torn passport invalid and requires users to replace such a passport. Mr Fauzi did so, forking out $80 to do so.

Singaporeans overseas in need of consular assistance can contact the 24-hour Ministry of Foreign Affairs (MFA) Duty Office (+65-63798800/8855). They can also refer to MFA’s website or its consular Twitter page @MFAsgConsular for more information.

Featured image from Muhammad Fauzi (via The Straits Times).