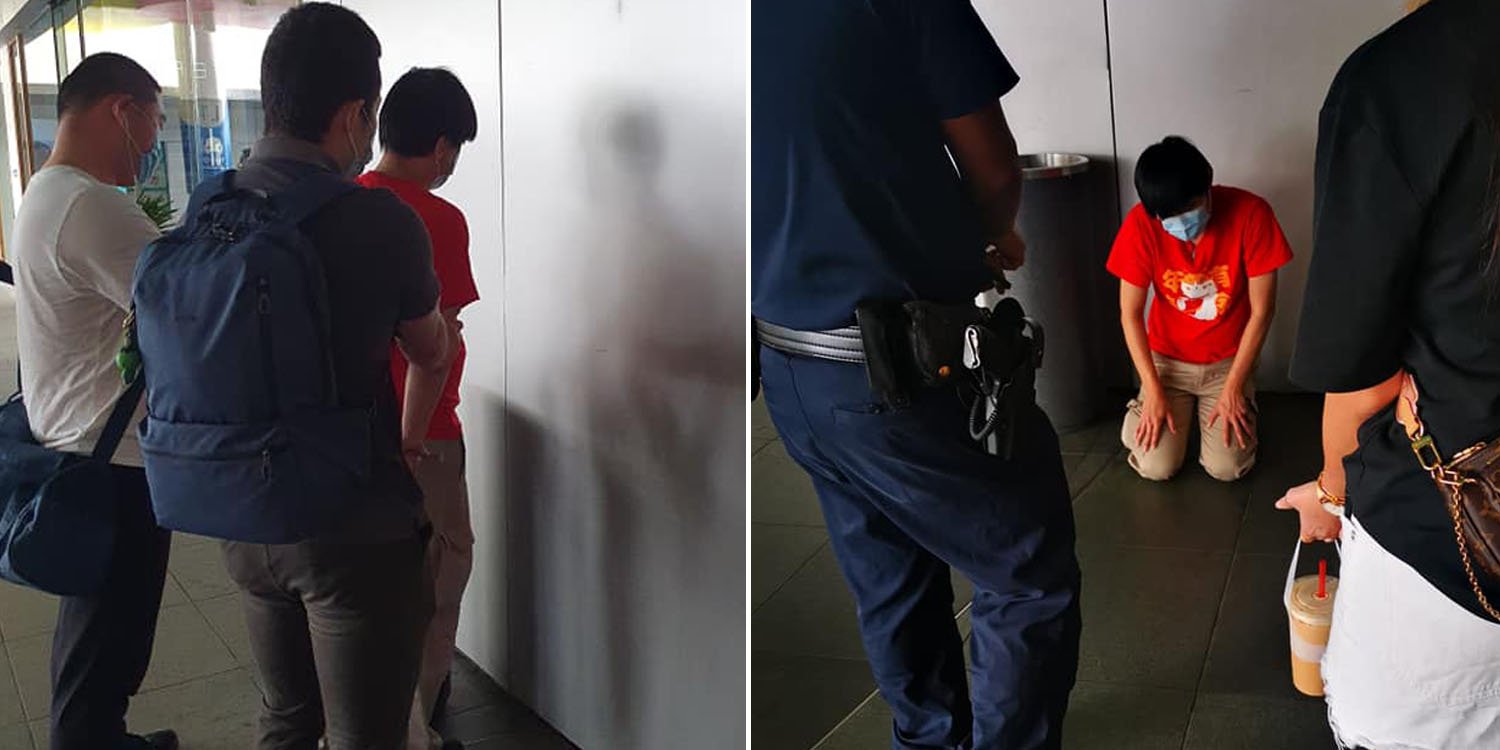 While Singapore is known for being one of the safest countries in the world, numerous cases of outraging a woman’s modesty make it to the news now and then.

Reading about them is one thing, but having to go through the ordeal in real life can be wildly traumatising.

On Friday (7 May), a woman shared the harrowing experience of being an upskirt victim after a stranger alerted her to a man allegedly taking photos and videos of her at Exit C of HarbourFront MRT station. 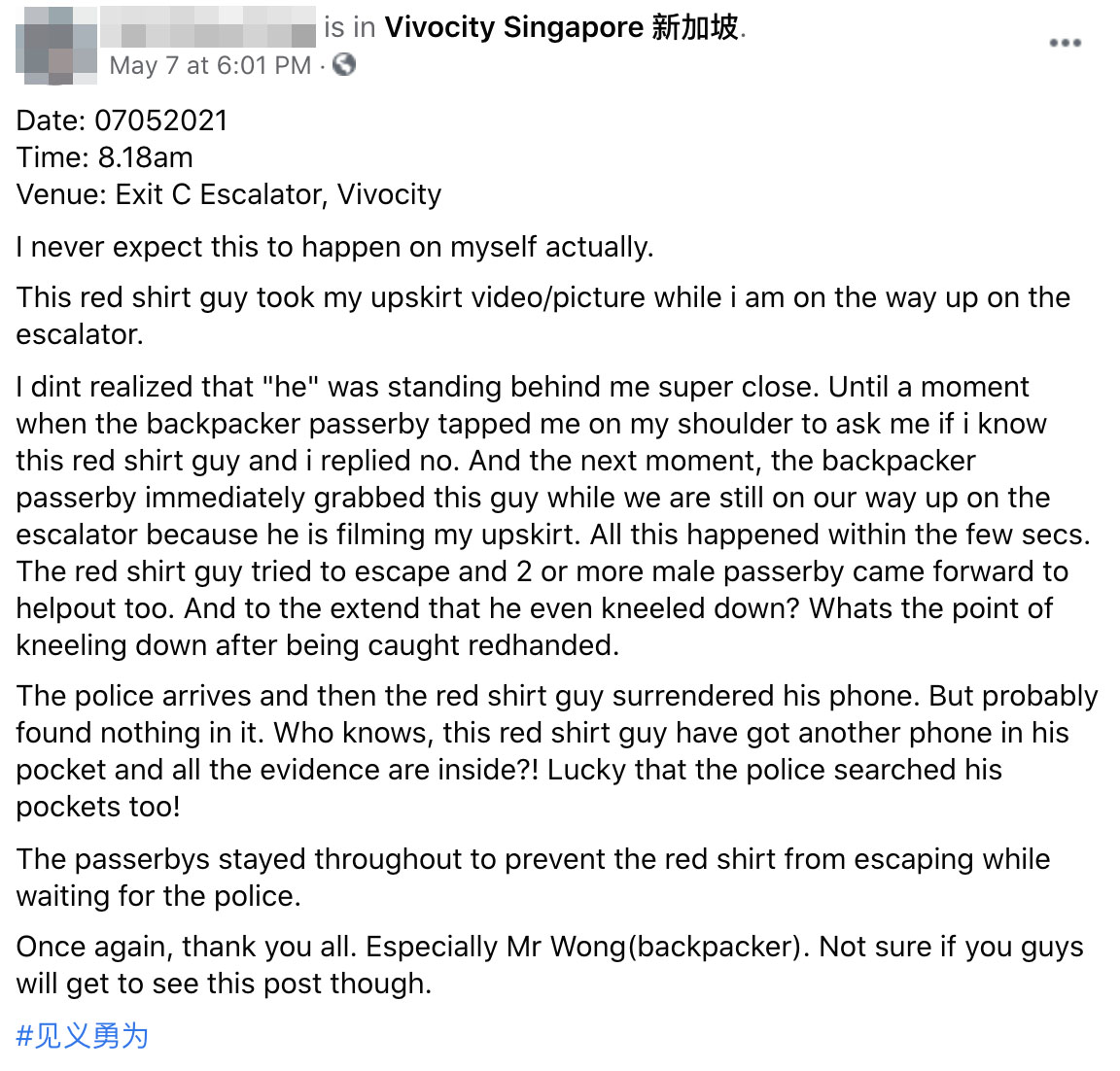 Thankfully, the stranger managed to catch him red-handed. With the help of a few other people in the mall, they successfully apprehended the man.

They stayed until the police arrived to ensure that the man did not escape.

According to the Facebook post, the woman shared that she was going up the escalator at HarbourFront MRT Exit C at around 8.18am on Friday (7 May). She didn’t notice anything amiss until a passer-by tapped on her shoulder and asked if she knew the man, who was wearing a red shirt, behind her.

That’s when she noticed he was standing really close behind her on the escalator.

She quickly replied that she did not know him.

In an instant, the passer-by sprang into action, grabbing the man while they were still on the escalator. According to the OP, he saw the man filming upskirt videos of her.

Within a few seconds, the passer-by held on to the man in red. However, the man tried to wriggle himself free.

At that moment, 2 other passers-by stepped forward to help. Then, they stayed with the man until the police arrived at the scene.

The woman related that the man in red even got on his knees as if asking for forgiveness after being caught. 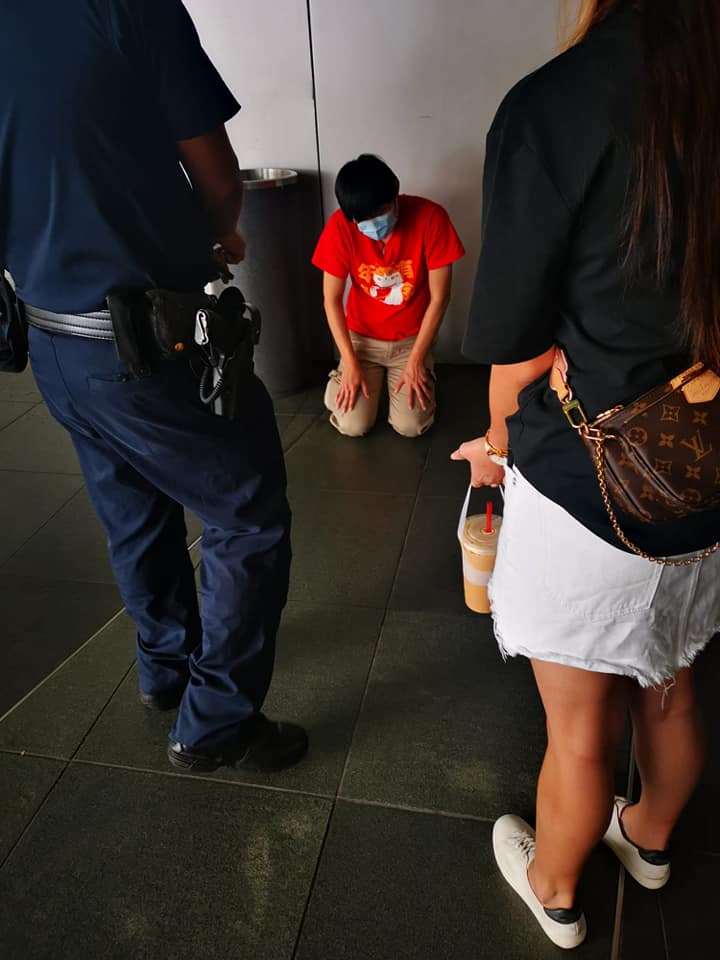 Eventually, he surrendered his phone to the police, but the police reportedly could not find anything incriminating on it.

But according to the woman, police found that he owned another phone in his pocket.

In her Facebook post, she thanked the passers-by who lent her a helping hand, especially the first person who alerted her to the perpetrator.

Kudos to the kind men for helping out

It’s unfortunate that sexual harassment like taking upskirt videos continues to be prevalent in Singapore society.

Thankfully, this woman had kind passers-by looking out for her when she was most vulnerable. They were helpful and proactive in stopping the perpetrator from running free.

Hopefully, more of us can be aware of our surroundings and continue to look out for people around us who may be in trouble, even if they are strangers.