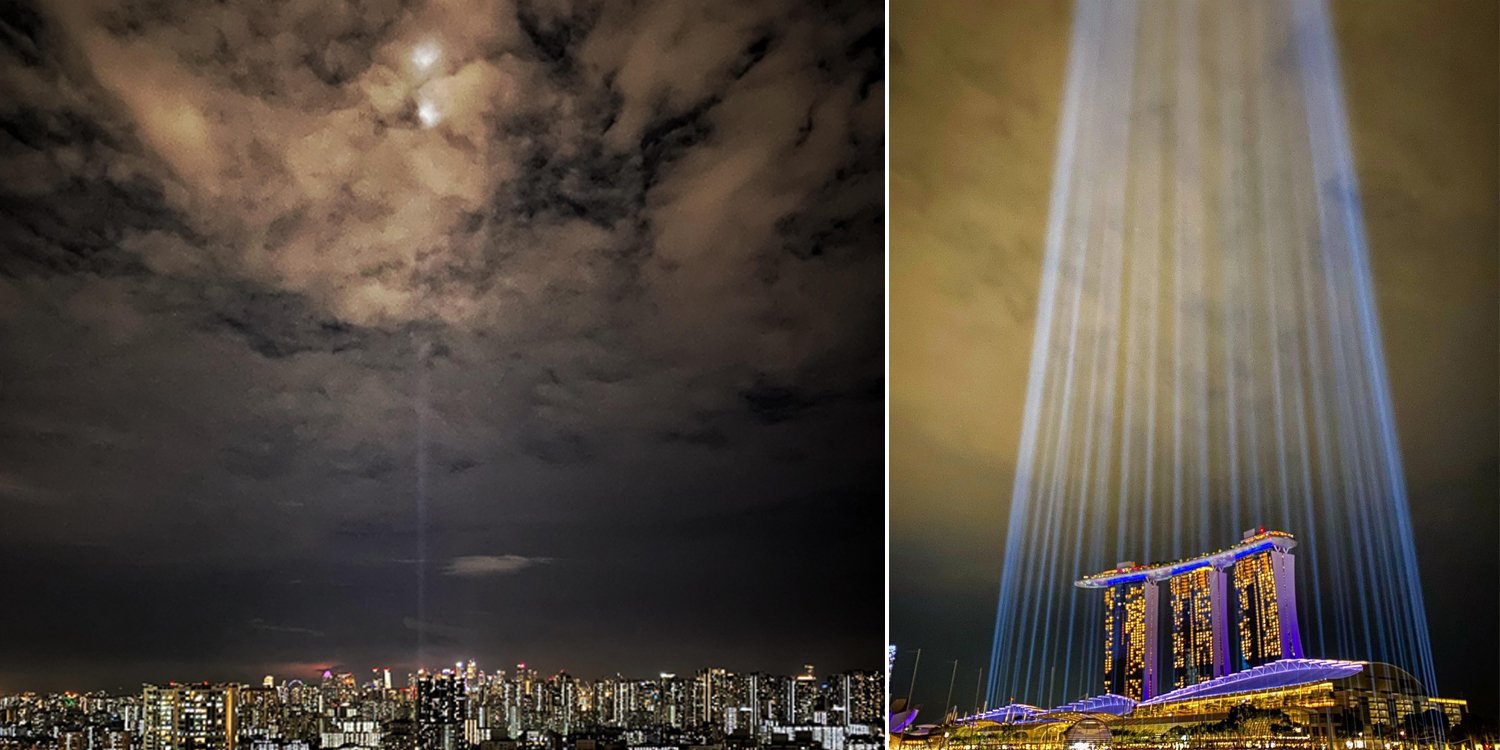 Singaporeans may have heard of a new addition to Marina Bay’s light display over the festive period.

The Shine a Light display at The Promontory has been up since 1 Dec and will project beams into the sky till New Year’s Eve. 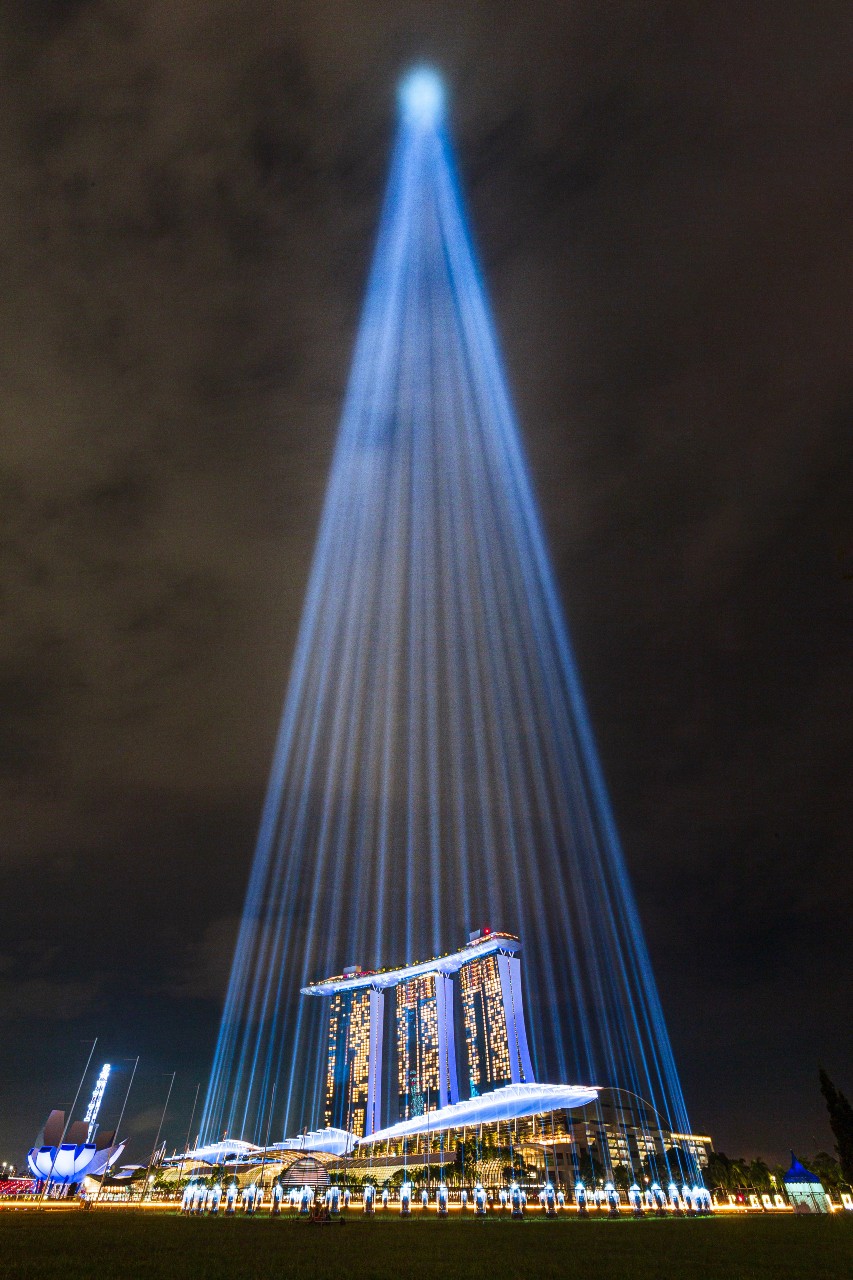 Apparently, the beams are so bright that they can be seen from as far away as Bishan.

The netizen who captured this image from Bishan likened the rays of light to the Bat-Signal. Reddit user djmpence captured an image of the 60 beams of light shooting up into the clouds.

Taken from Bishan, the picture shows how bright the lights must be in person. The netizen likened it to the Bat-Signal that’s used as a distress call to summon The Dark Knight.

Well, if Batman was drinking kopi at Bishan, he would definitely have made a beeline towards town.

Though the image above looks like a singular beam of light like the one in Batman movies, Shine a Light actually comprises 60 beams that represent a clock face. 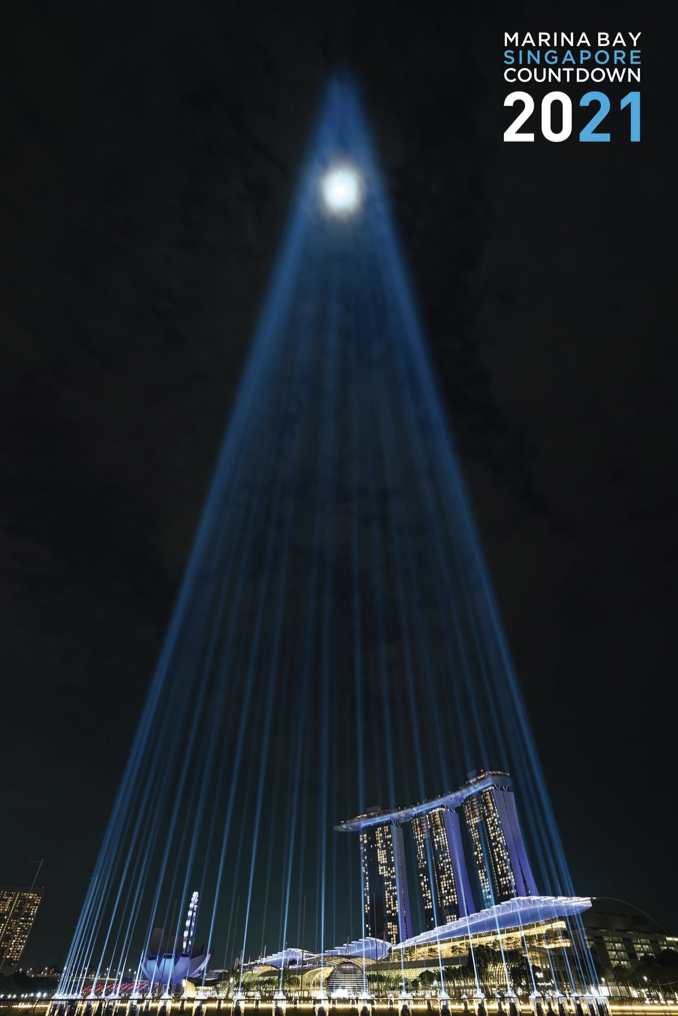 The website for the Marina Bay Singapore Countdown says it was set up as a symbol of our island nation’s unity, positivity, and resilience during the Covid-19 pandemic.

Shine a Light can be seen in person at Marina Bay’s The Promontory till 31 Dec. 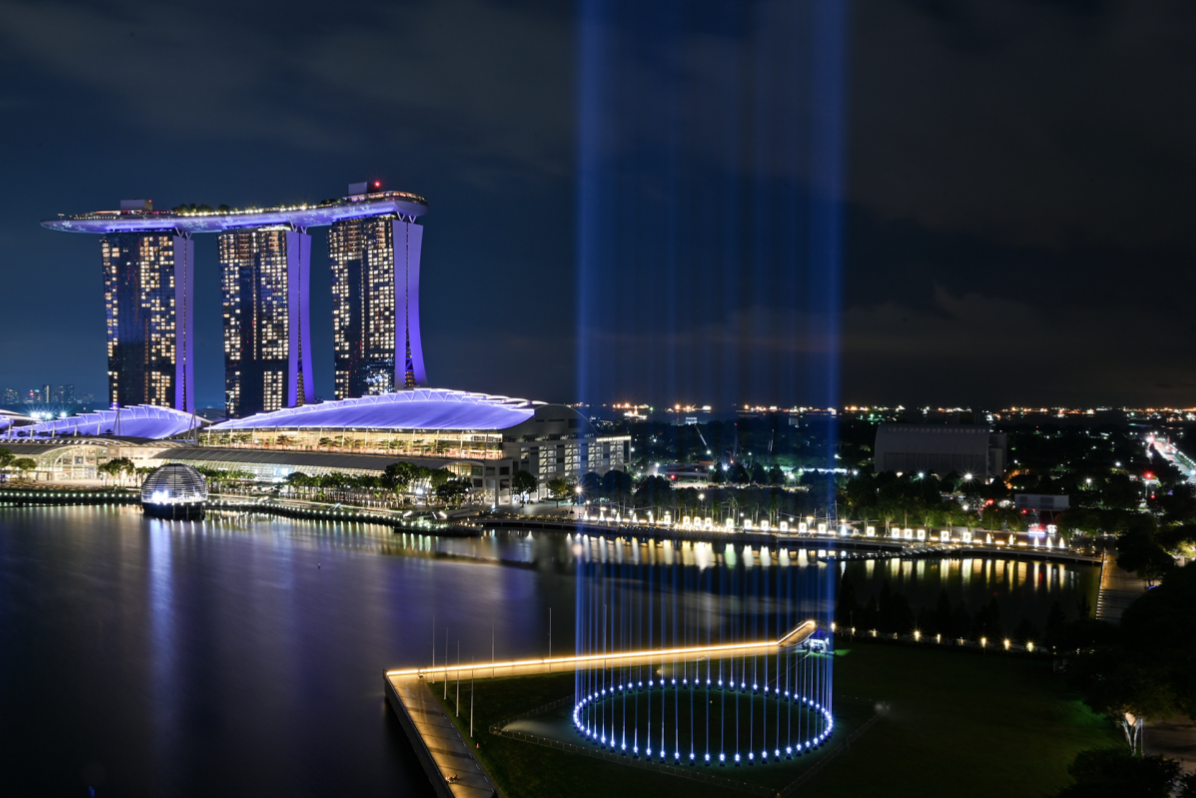 The light rays will shoot to the skies between 8-10.30pm daily. However, this will be extended to 11.45pm on 31 Dec to celebrate the New Year.

3-minute animated light shows will play in 15-minute intervals so stick around a little longer if you plan on catching one.

Phase 3 is reaching just in time for the New Year and Shine a Light is a reminder of our good efforts to combat the spread of Covid-19 throughout the year.

While the light display is not the Bat-Signal, it hopefully represents the light at the end of the very long tunnel that will come in 2021.