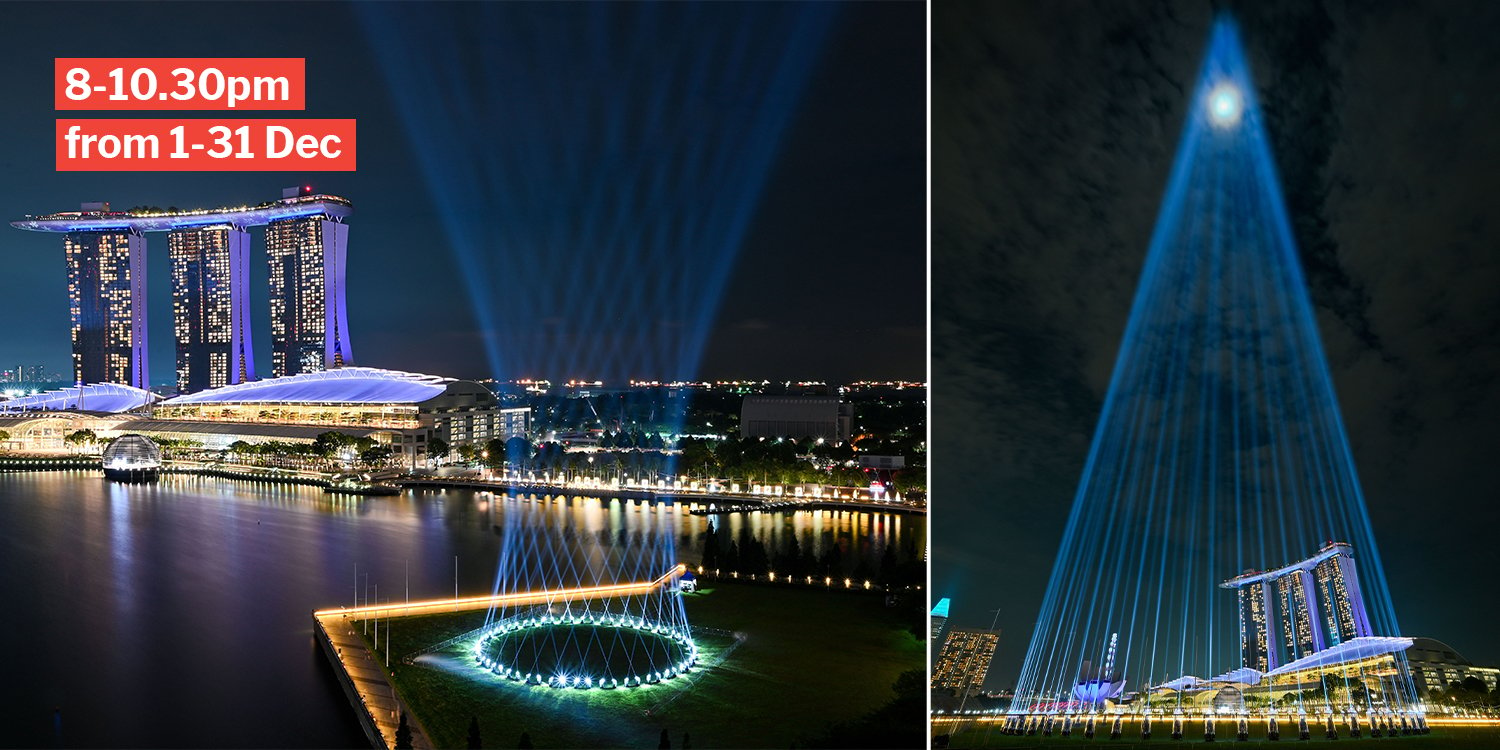 2020 has, in most senses of the phrase, turned the world upside down. The effect of telling everyone to stay indoors and distance themselves from others meant that parties and large events were all but cancelled.

And likewise, the Marina Bay Singapore Countdown for 2021 will be a little different this time round.

With an emphasis on public safety, the Urban Redevelopment Authority (URA) will begin the Countdown to 2021 from Tuesday (1 Dec) with light displays in the Marina Bay area throughout the month. 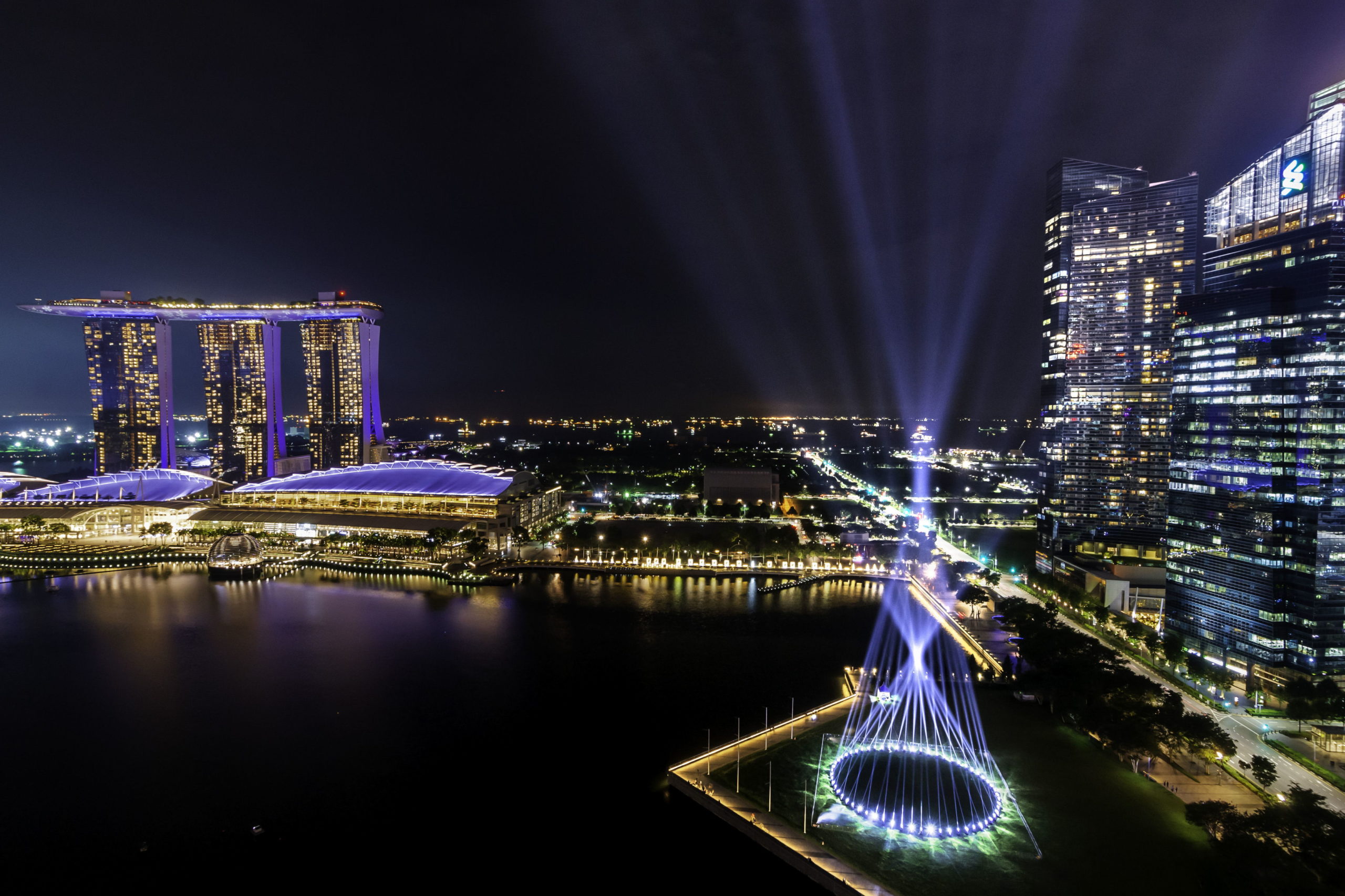 Named “Shine a Light”, the lights signify resilience and positivity.

URA said in a statement that there’ll be light beams projecting from The Promontory from 1-31 Dec.

These beams will light up the Marina Bay skyline on a nightly basis in a circular formation, between 8-10.30pm. The Shine a Light display is supposed to symbolise unity, positivity and resilience.

It also represents “a guiding beacon (underpinning) Singaporeans’ spirit” in facing the pandemic and the determination to come out stronger in 2021 together. 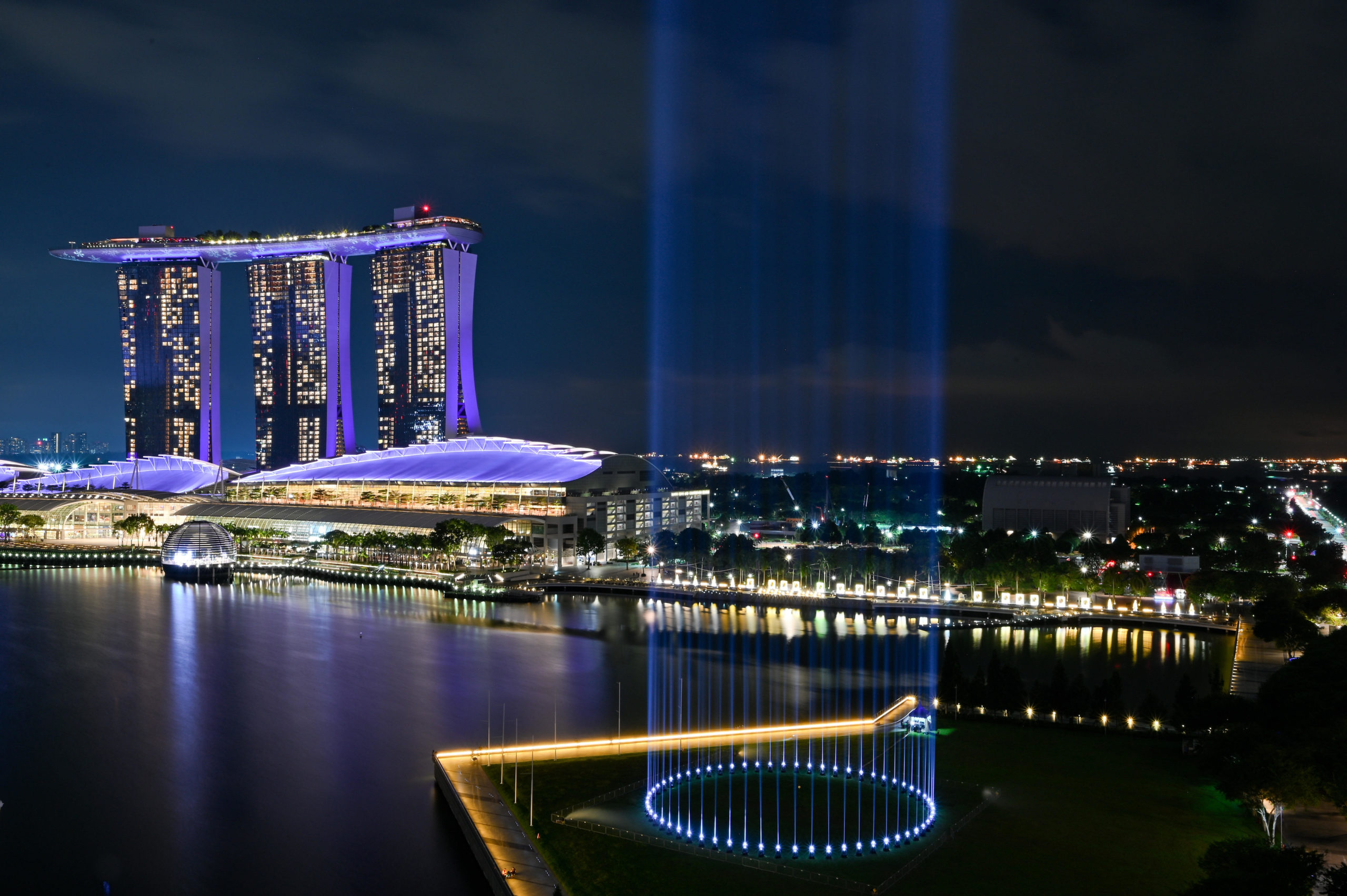 The light animation will play every 15 mins during the 8-10.30pm timing, so you can head over after a dinner nearby.

URA advises people to adhere to safe management measures and if the area is crowded, they can come back during a later slot.

60 beams will make up the animation

During the 3-minute animation, viewers can expect to see a variety of formations.

Pictures probably can’t do the animation justice, but we do have a preview of what you can expect to see for the next month in the Marina Bay area. 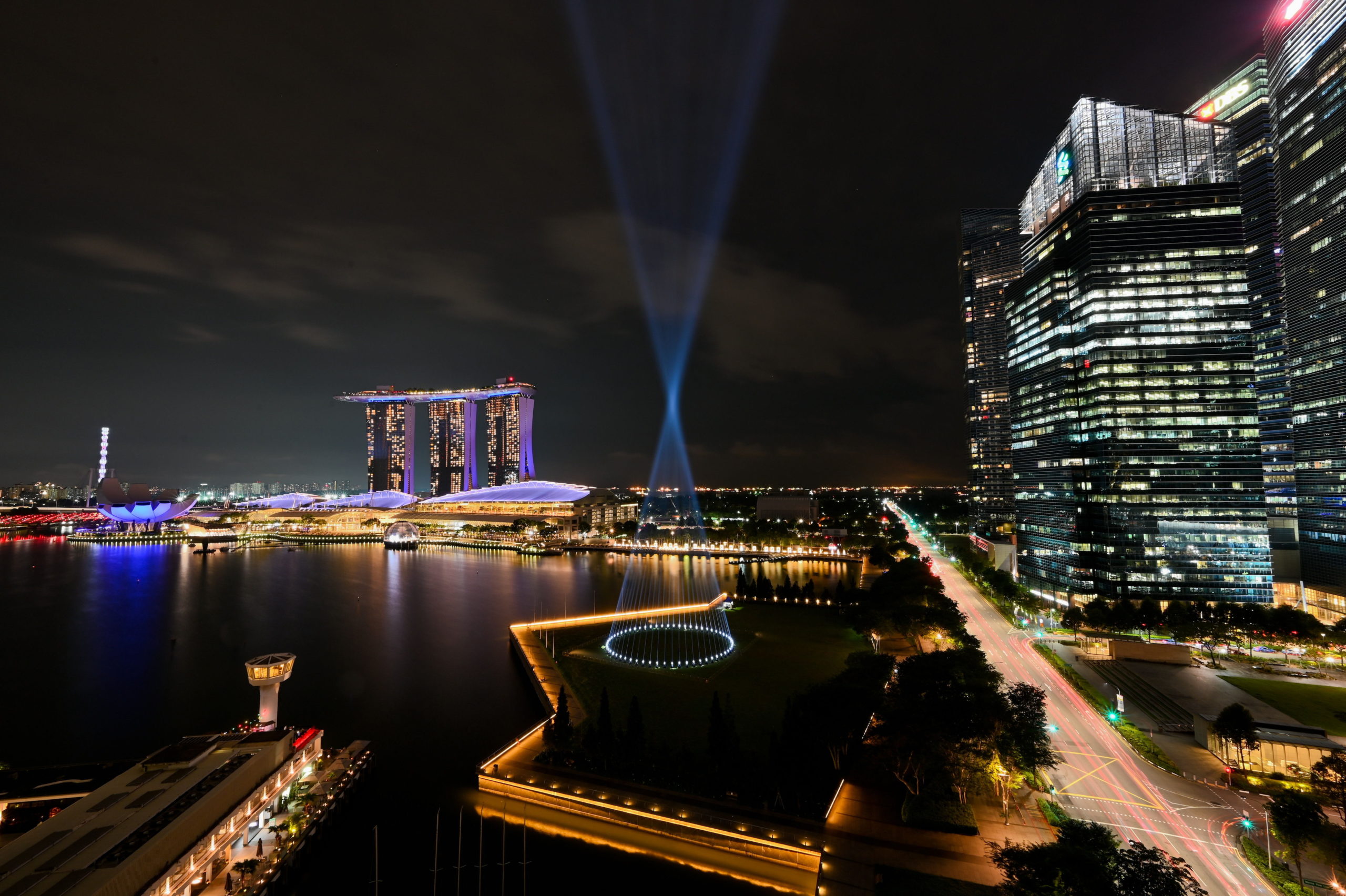 As if the Marina Bay area wasn’t otherworldly enough, we can expect even more veiled signals to extra-terrestrial species. 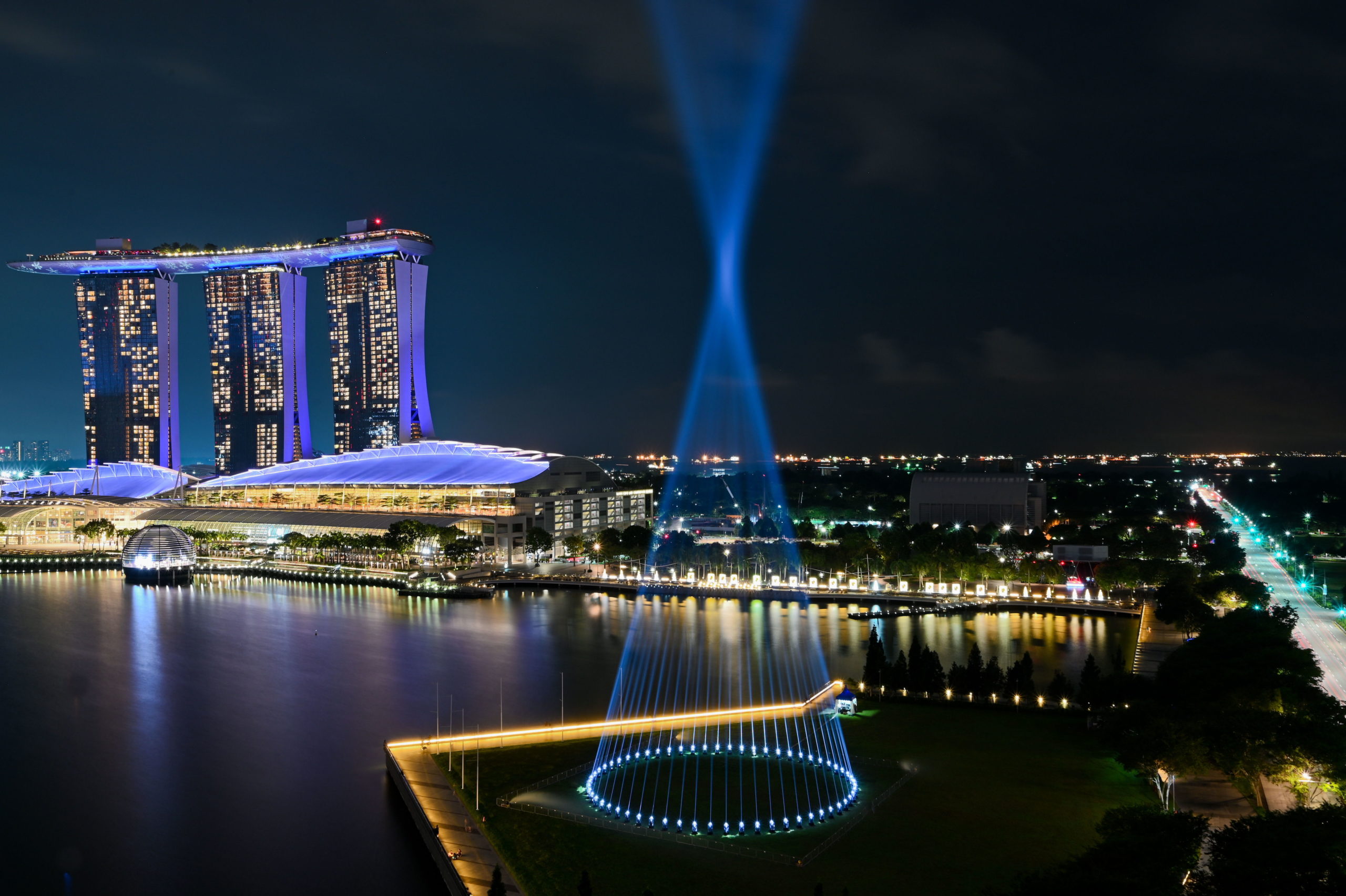 You’ll probably be able to catch the light show anywhere along the Marina Bay area, although we do recommend the area next to the Esplanade as there’s seating. 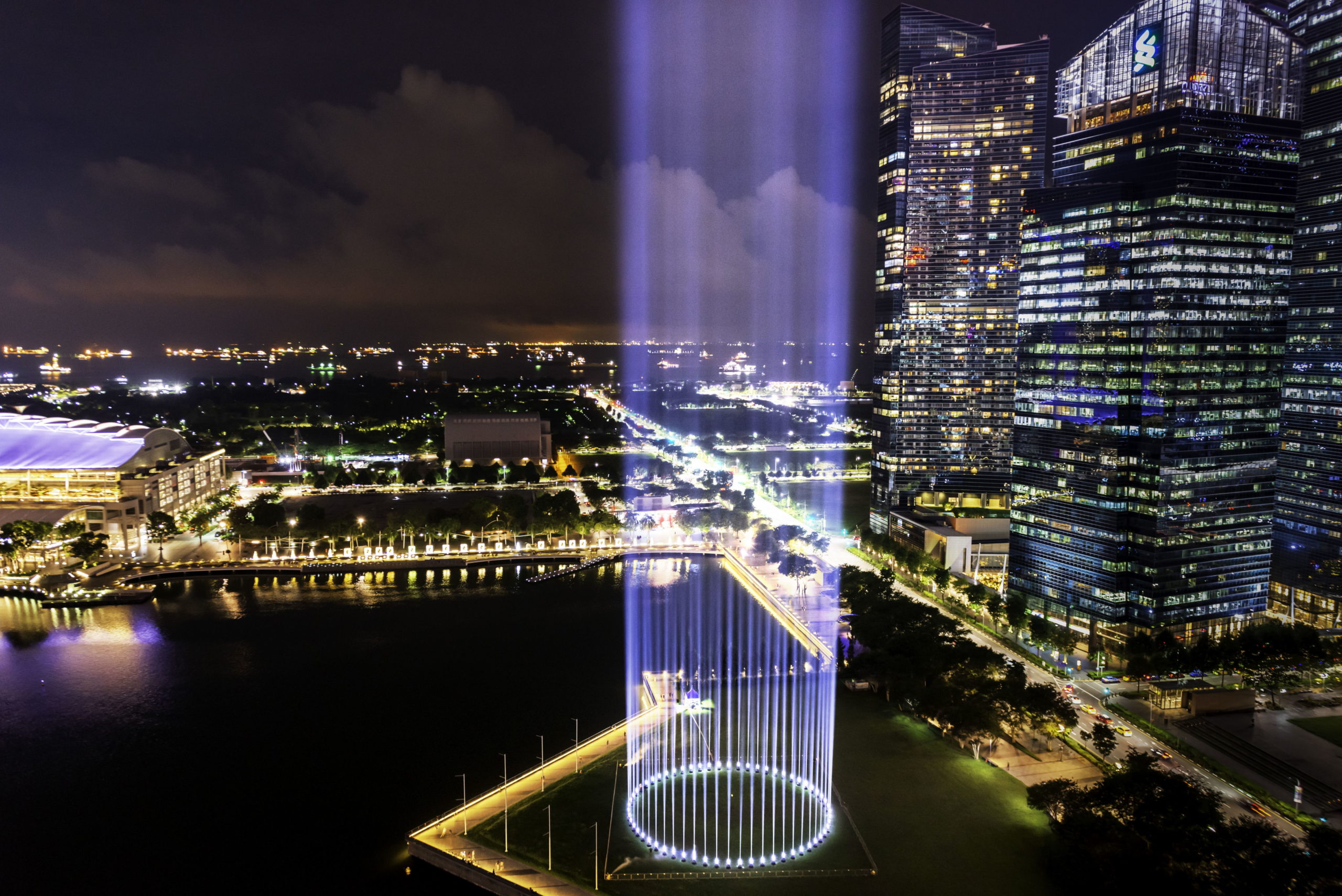 The pall over 2020 will mean that the usual exuberance we muster to ring in the new year will be amplified.

Regardless, we do advise everyone to stay safe and ensure we don’t get carried away and ignore safe distancing measures.

This will be a chiller countdown than usual, but perhaps we can rally around for the end of the year with the Shine a Light show.