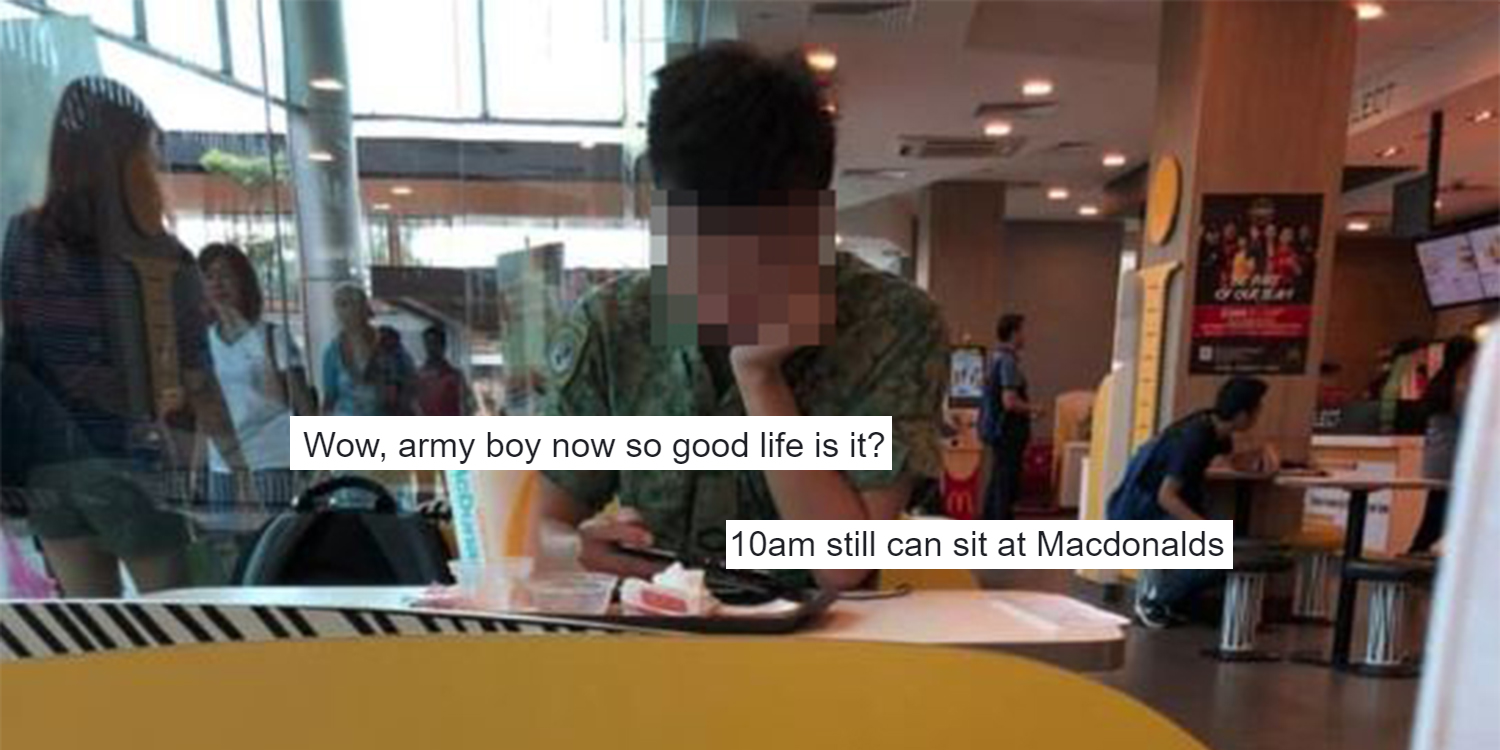 Netizen Questions Why SAF Soldier Is In McDonald’s At 10am

Being a Singapore Armed Forces (SAF) soldier is difficult. Not only do you have to avoid enemy ‘fire’ in outfield exercises, you apparently also have to avoid being seen relaxing in public spaces.

A netizen took issue with a green-uniformed army boy she spotted having a breakfast at a McDonald’s outlet in Lot One Shopper’s Mall this morning (19 Feb).

Unhappy that he should be idling there on a working day, she wrote a post on COMPLAINT SINGAPORE demanding that MINDEF look into the matter.

“Army boy now so good life is it?”

Probably, the netizen assumed the army boy should be in camp, but instead was out watching movies on his phone in McDonald’s.

She then shifted the blame to MINDEF,

I wonder if MINDEF really reduce their training tempo till this stage?

She also explained that the army boy, by being in public, would inadvertently give “terrorists and enemies” an opportunity to “disturb our nation.”

The ‘complaint’ ended with,

Hope MINDEF look into this.

Posts like these – calling out SAF soldiers for taking a break – will always receive the ire of the online community.

Others were more civil.

Most probably an Internet troll

Sometimes, people do genuinely overreact to situations. But in this case, some netizens believe that the lady – who goes by ‘Veronica Chin’ on Facebook – behind the post is an Internet troll. Or in local vernacular, a ‘shit-stirrer’.

The lady has written many times on the Facebook group to – you guessed it – complain.

Some users then suggested that she might be a troll.

Don’t give the troll what it wants

There’s no saying if the original poster really is a troll. Nevertheless, what she’s written is neither reasonable nor constructive.

Good thing is, no one seriously thought she was justified in chiding the oblivious army boy.

If there’s one lesson to learn from this, it is to not get angry too hastily at posts that seem deliberately antagonistic. 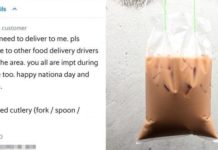