Commuters affected by today’s East-West Line disruption would have been lucky to find a GrabHitch to get on.

But not Ms Veronica Chin.

Instead of thanking her lucky stars for finding a GrabHitch, she was offended by her driver’s attire. In fact, she was so offended that complained on Complaint Singapore, a local Facebook group. 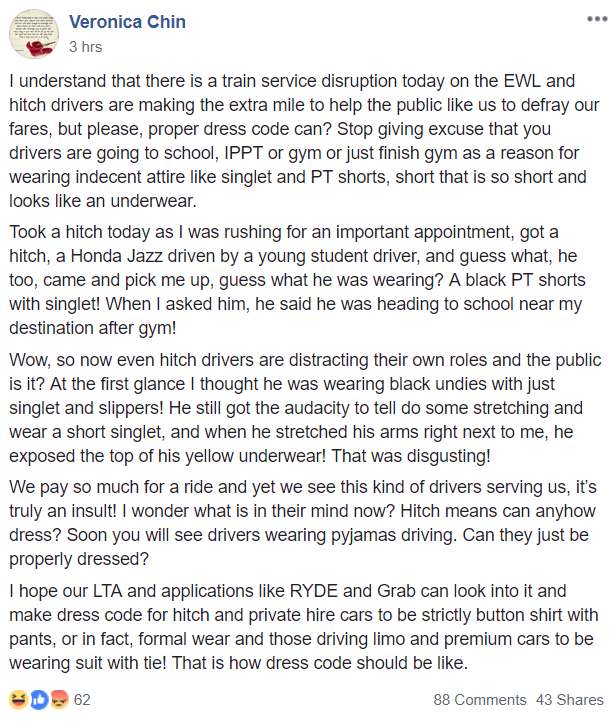 Ms Chin starts her post by acknowledging and thanking GrabHitch drivers who ferried affected passengers to their destinations. Woah, so nice ah this complaint.

Here’s how she describes her experience:

Needless to say, black PT shorts and a singlet ain’t her favourite OOTD on her spouse/boyfriend.

Ms Chin is worried that sports attire is a slippery slope that would lead to GrabHitch drivers wearing pyjamas one day.

Somemore, she pay so much leh!!! Actually, she didn’t. GrabHitch passengers pay a fraction of the normal fare when they use the service.

She then ends her post by urging the regulatory authorities to imposed a dress code on all individuals providing ferrying services.

Predictably, netizens didn’t take too kindly towards her complaint.

Here are some highlights:

Seeing how Ms Chin is so particular about dress codes, this netizen suggested she buy her own car.

Could the driver’s looks have a part to play? This netizen certainly thought so.

This netizen thought of the best way to “punish” her — by stacking her with 3 other GrabHitch passengers on the way.

From our research, Ms Chin appears to be the resident complainer in chief in the Complaint Singapore Facebook group.

Some of Ms Chin’s complaints are so ridiculous that members in the group are petitioning for her to be removed from the group. 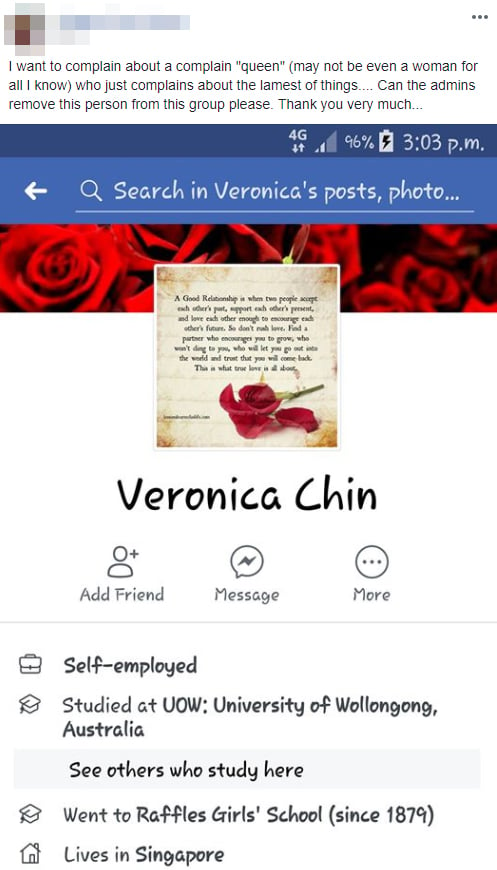 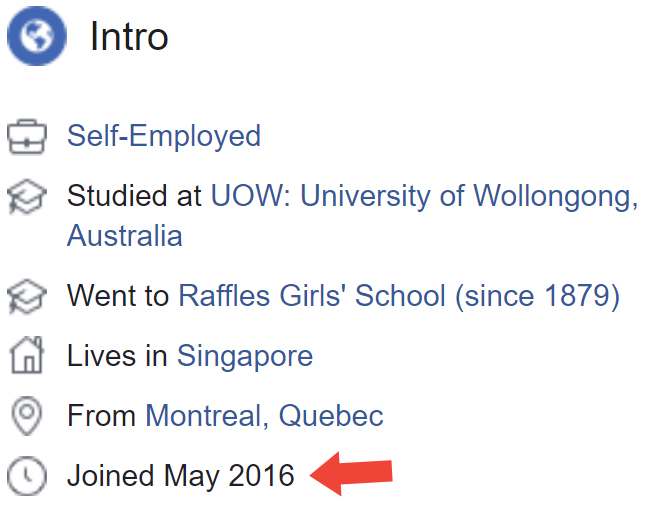 But Ms Chin might have a case–it’s stated in the Grab’s Code of Conduct that hitch drivers “should always be properly and decently attired”.

But your definition of decent is as good as ours. And really, how does the driver’s attire even affect the ride in the first place? Surely Ms Chin is overracting. What do you think?