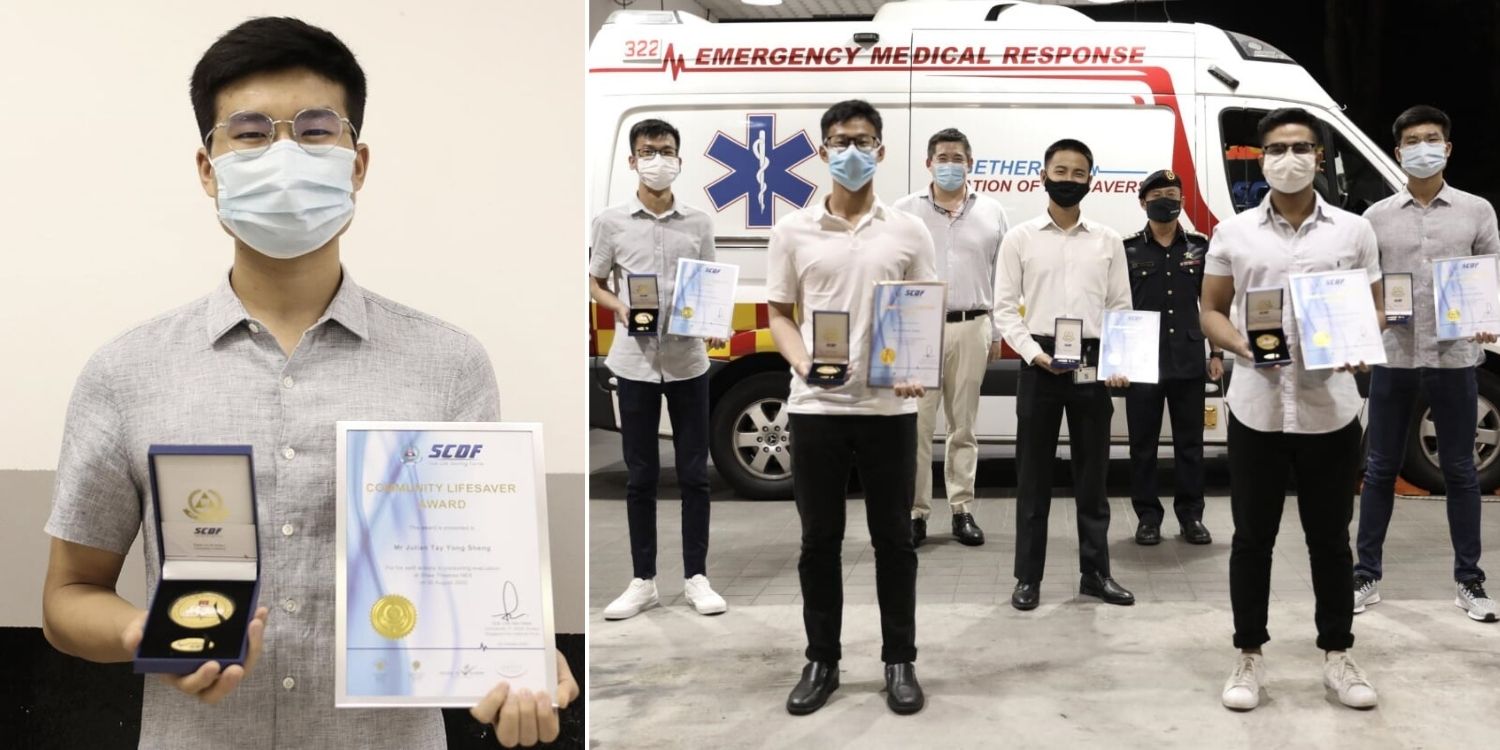 Heroes in their own ways.

When part of the ceiling in a Shaw theatre at NEX collapsed, 19-year-old Julian Tay’s first instinct was to check on everyone’s safety. His quick response, alongside those of his 4 friends, not only helped moviegoers, but also earned breaking coverage on MS News.

For their service to the community, the Singapore Civil Defence Force (SCDF) rewarded the young men with the Community Lifesaver Award. 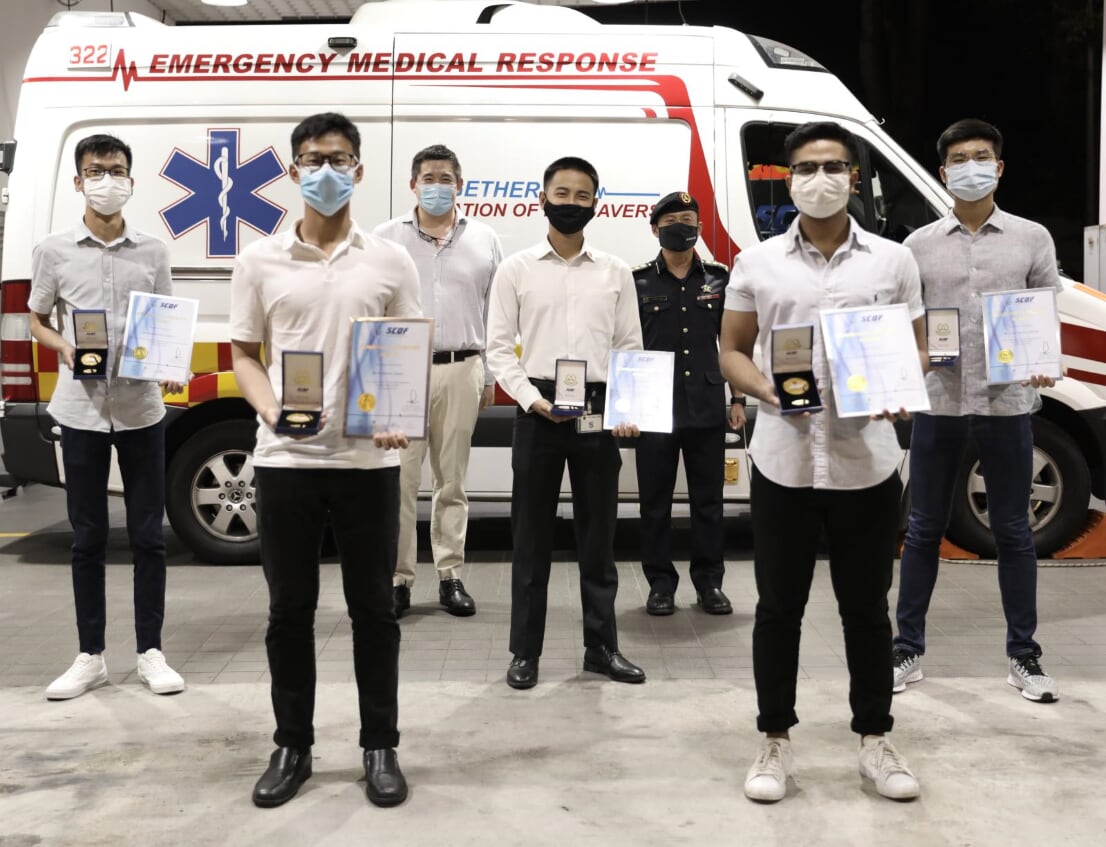 Armed with knowledge in various fields, the youths, all 19, helped in their own ways to keep the situation under control.

A trip to the cinema with friends on 30 Aug to catch the movie Tenet took an unexpected turn, no thanks to a shocking disruption.

While intently watching the film, Julian became distracted by an audible crumbling sound.

Moments later, what appeared to be a massive ventilation pipe came crashing down, not far away from him. 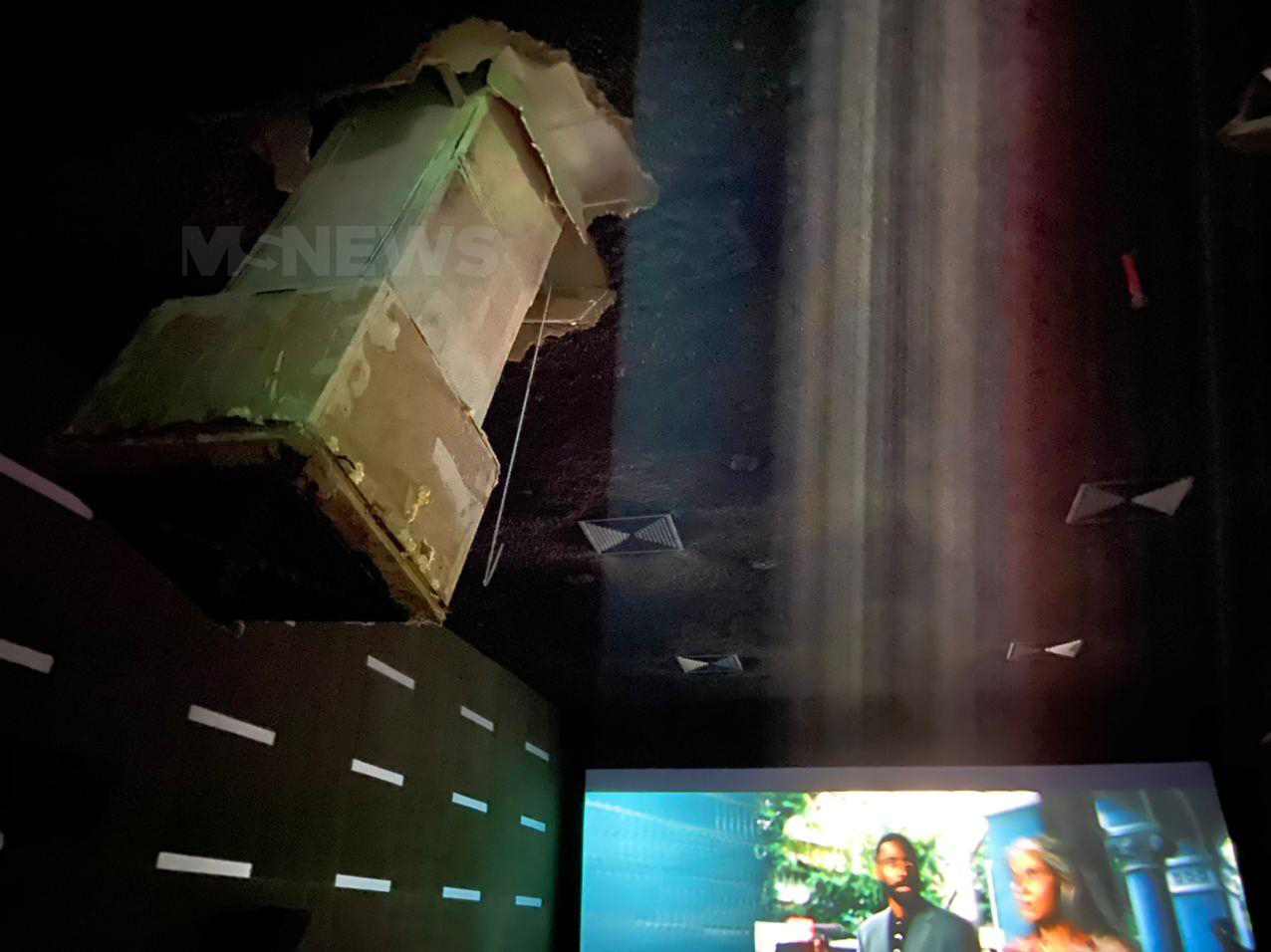 As others started to panic, Julian and his 4 friends remained calm, immediately thinking of what they could do to help.

For full-time National Serviceman (NSF) Sebastian Koo, it was to quickly evacuate everyone there to safety. 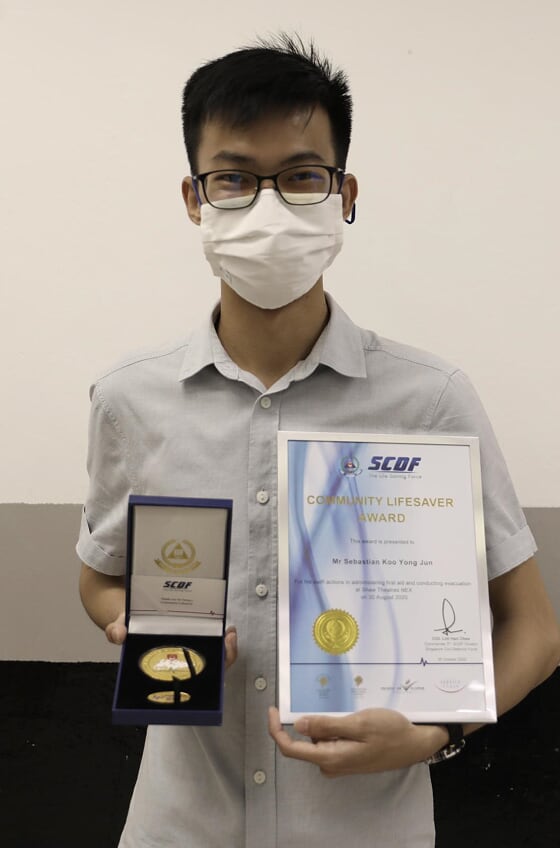 Along with fellow NSFs Edwin Ho and Quek Yew Hern, the trio managed to get everyone out of the theatre, and away from the danger zone. 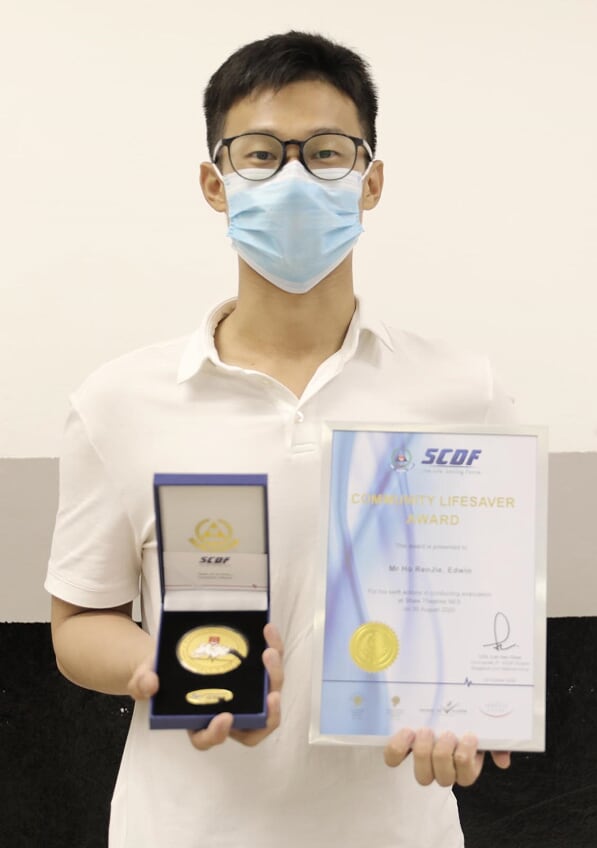 Use first aid skills to attend to moviegoers

Once outside, Sebastian spotted 2 moviegoers who appeared to be in need of assistance.

With first aid knowledge from his time in the Red Cross Youth in secondary school as well as National Service (NS), he assessed them for injuries and monitored their conditions till help arrived. 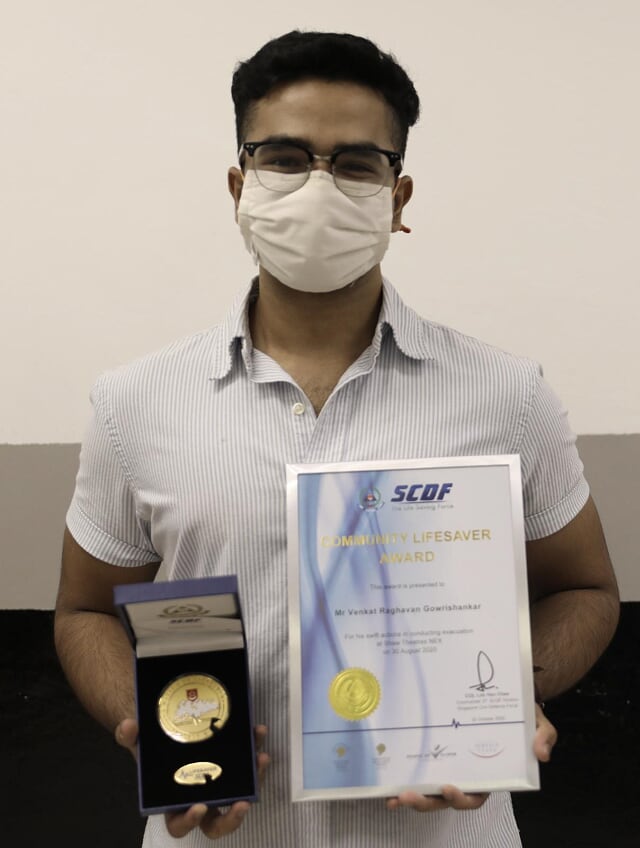 He also dialled 995 to alert the SCDF, who arrived at the scene promptly.

In the meantime, Yew Hern and Julian returned to the cinema hall, to check for any casualties possibly left behind in the chaos. 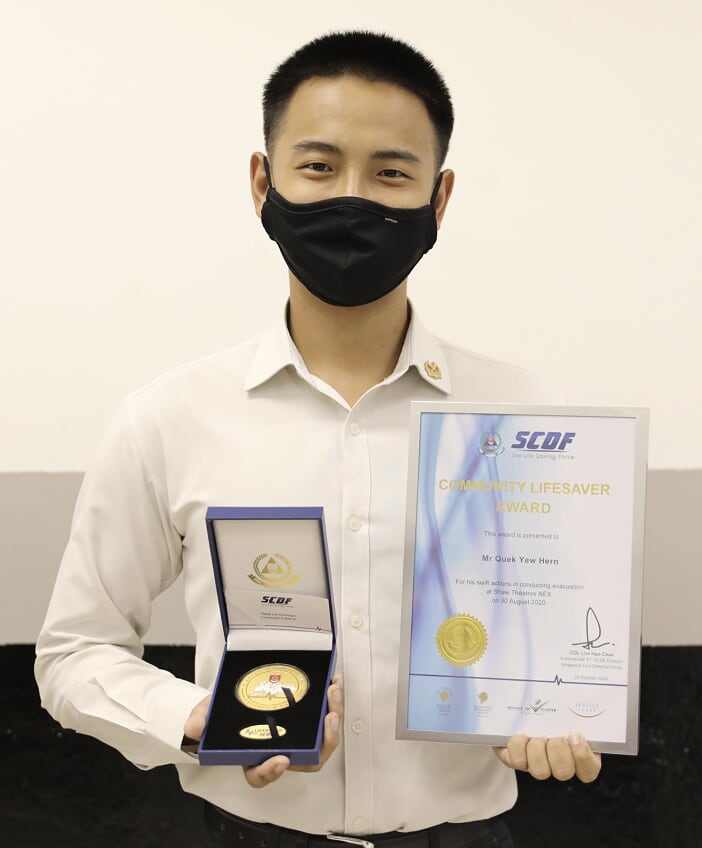 Once they established that everyone was safe, MS News journalist Julian proceeded to communicate with moviegoers, first to ask if they were okay.

While he gathered that they were mostly shaken, he managed to build a comfortable rapport with them to glean some of their thoughts on what had happened. 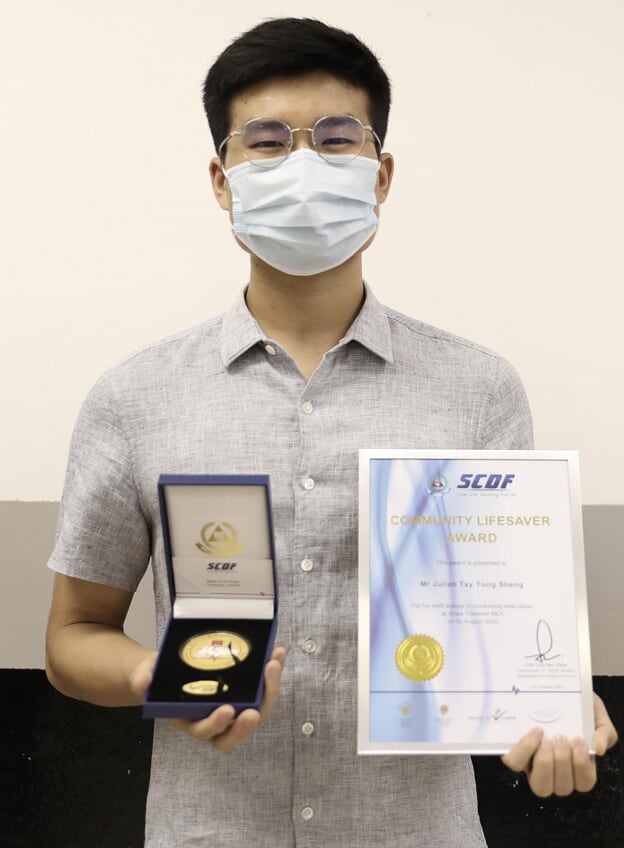 As a result of his composure, MS News was able to break the story of the incident quickly, while portraying accounts from people on the ground.

Julian shared with MS News that despite receiving recognition for their help, the award was a mere bonus. He and his friends simply did what any responsible citizen would do, and wouldn’t have thought twice about chipping in.

Surely, their story proves that any form of help in an emergency situation is appreciated.

Kudos to Julian, Sebastian, Venkat, Edwin and Yew Hern for their heroism that day, and congratulations on your awards.