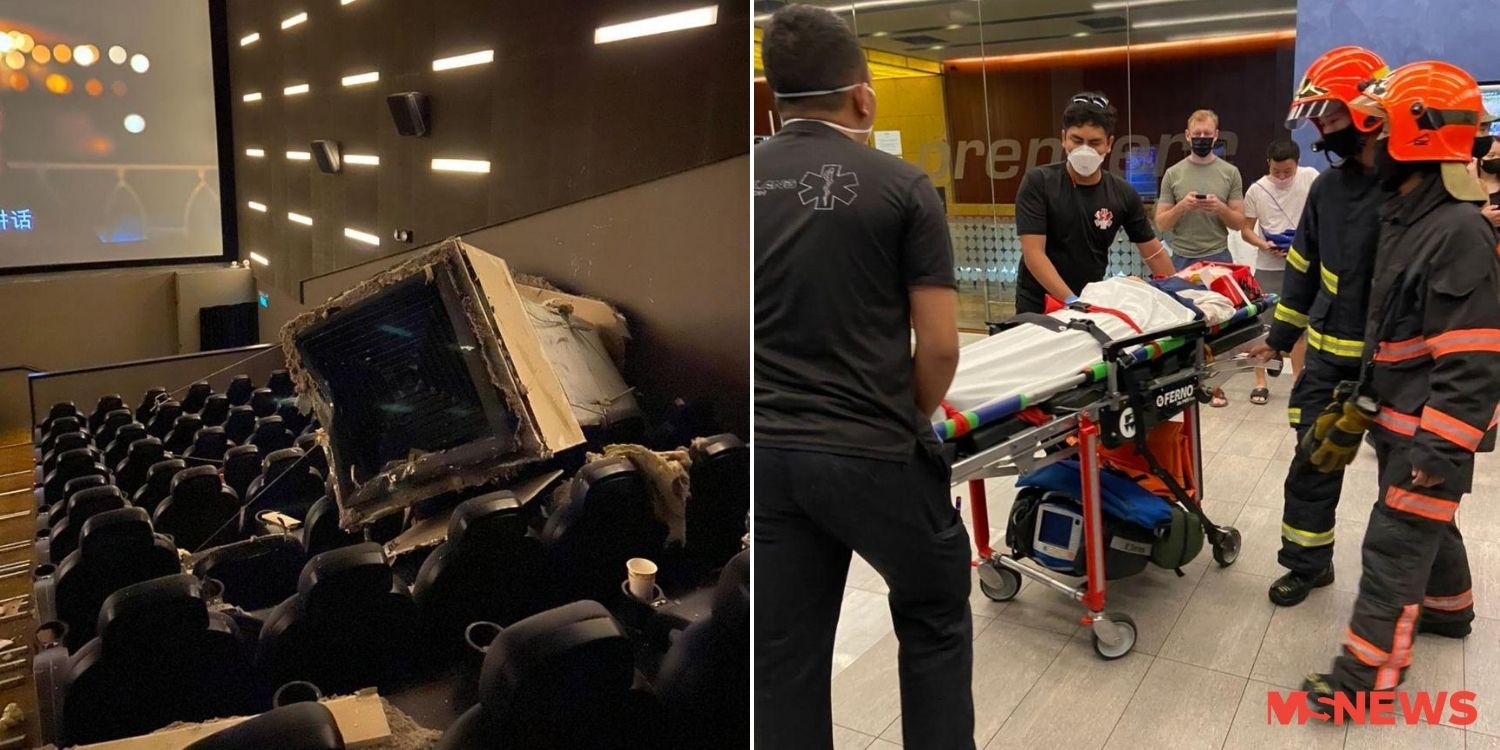 A real life plot twist in a cinema.

UPDATE (30 Aug, 8.40pm): Shaw Theatres released a statement regarding the incident, saying that 2 patrons were injured. They’ll also be closing the cinema until further notice.

You can read their full statement in the article below.

The weekends are here and Christopher Nolan’s movie Tenet is showing in cinemas, so it makes sense that everyone’s rushing to catch it.

But a thrilling cinematic affair quickly turned into a real-life accident for moviegoers at Shaw NEX, when an unfortunate incident happened. 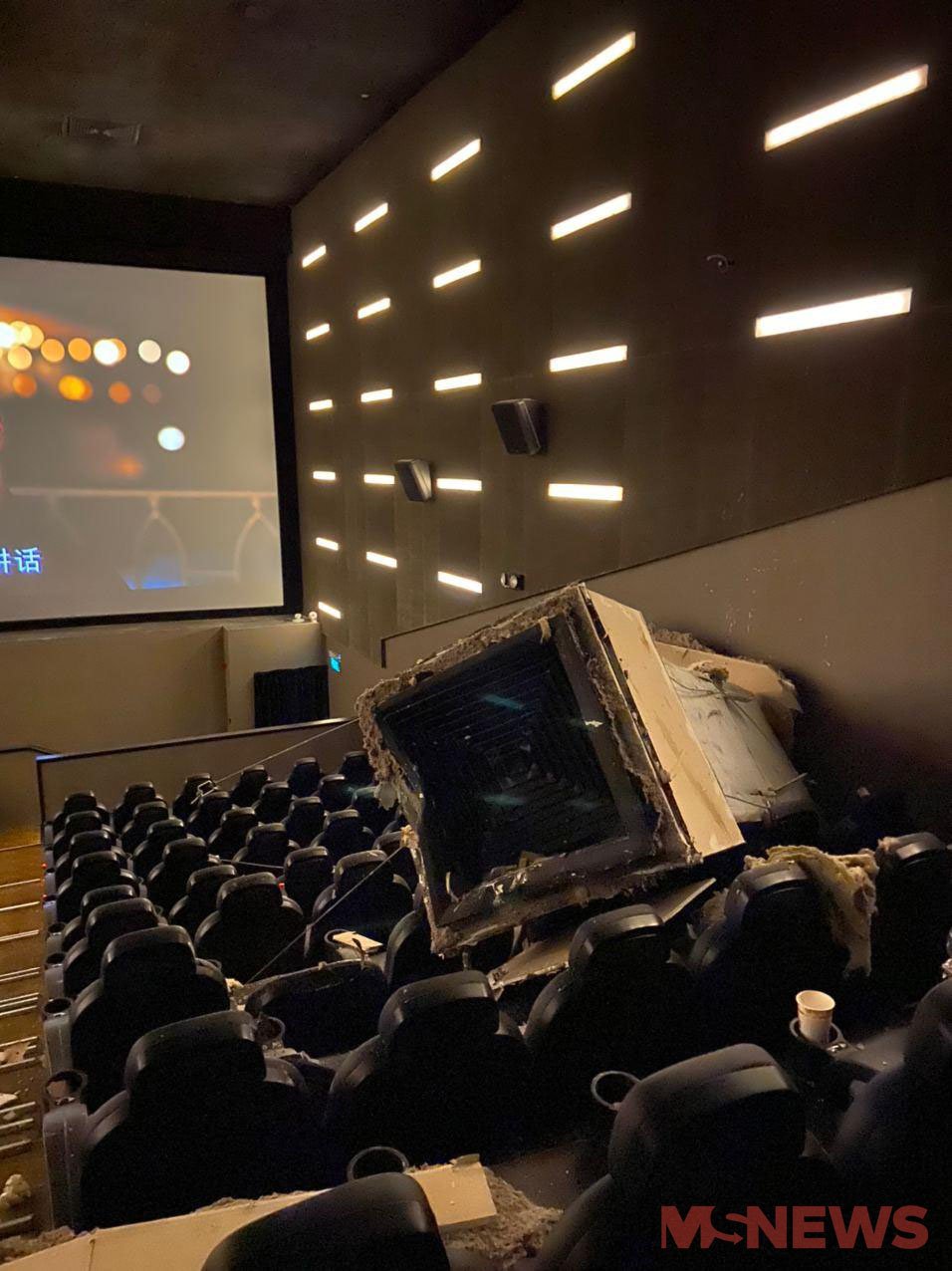 Minutes before the clock struck 5 this evening (30 Aug), a part of the cinema hall’s ventilation system came crashing down, shocking seated patrons who were in the midst of a movie screening.

According to an MS News reader who was at the scene, the incident occurred in Cinema Hall 6, during a screening of Tenet.

While intently watching the movie, he heard a crumbling sound which he initially didn’t think twice about.

Moments later, a massive length of what looked to be a ventilation pipe came crashing through the ceiling, a short distance away from where he was sitting. 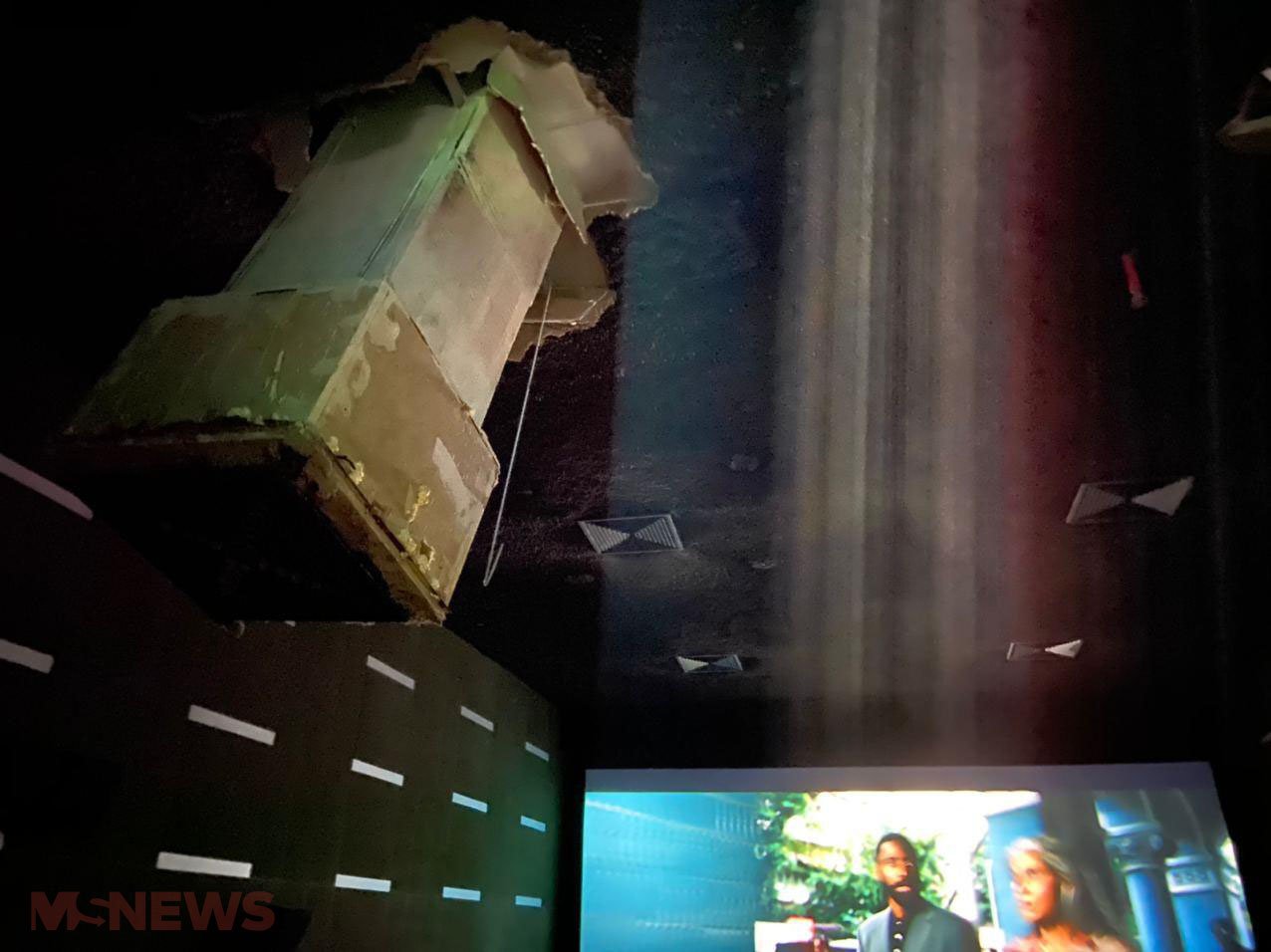 This sent everyone scrambling for the exits, fearing for their lives.

From several pictures he shared with MS News, it appears as though Shaw staff had attended to the moviegoers immediately. 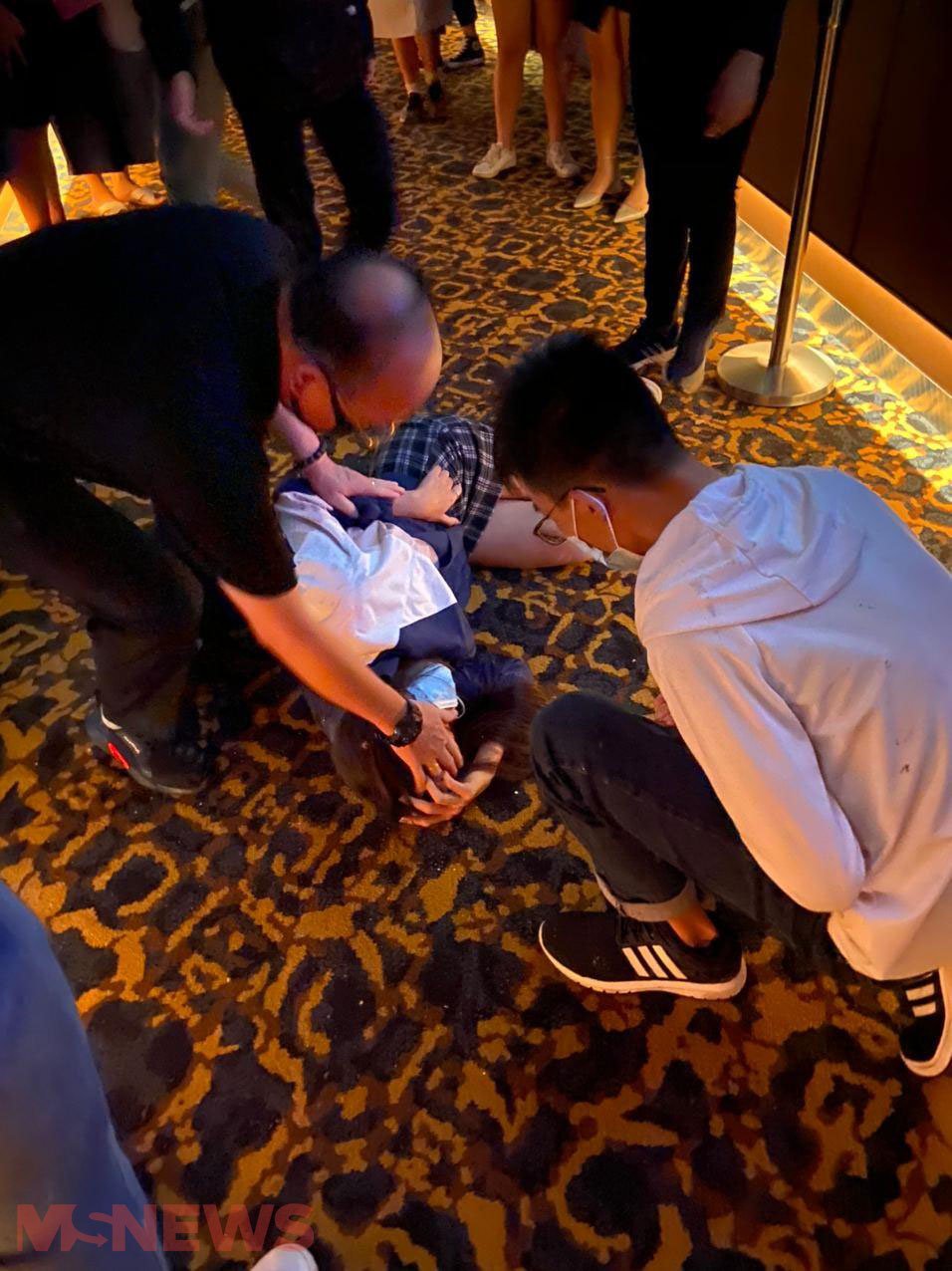 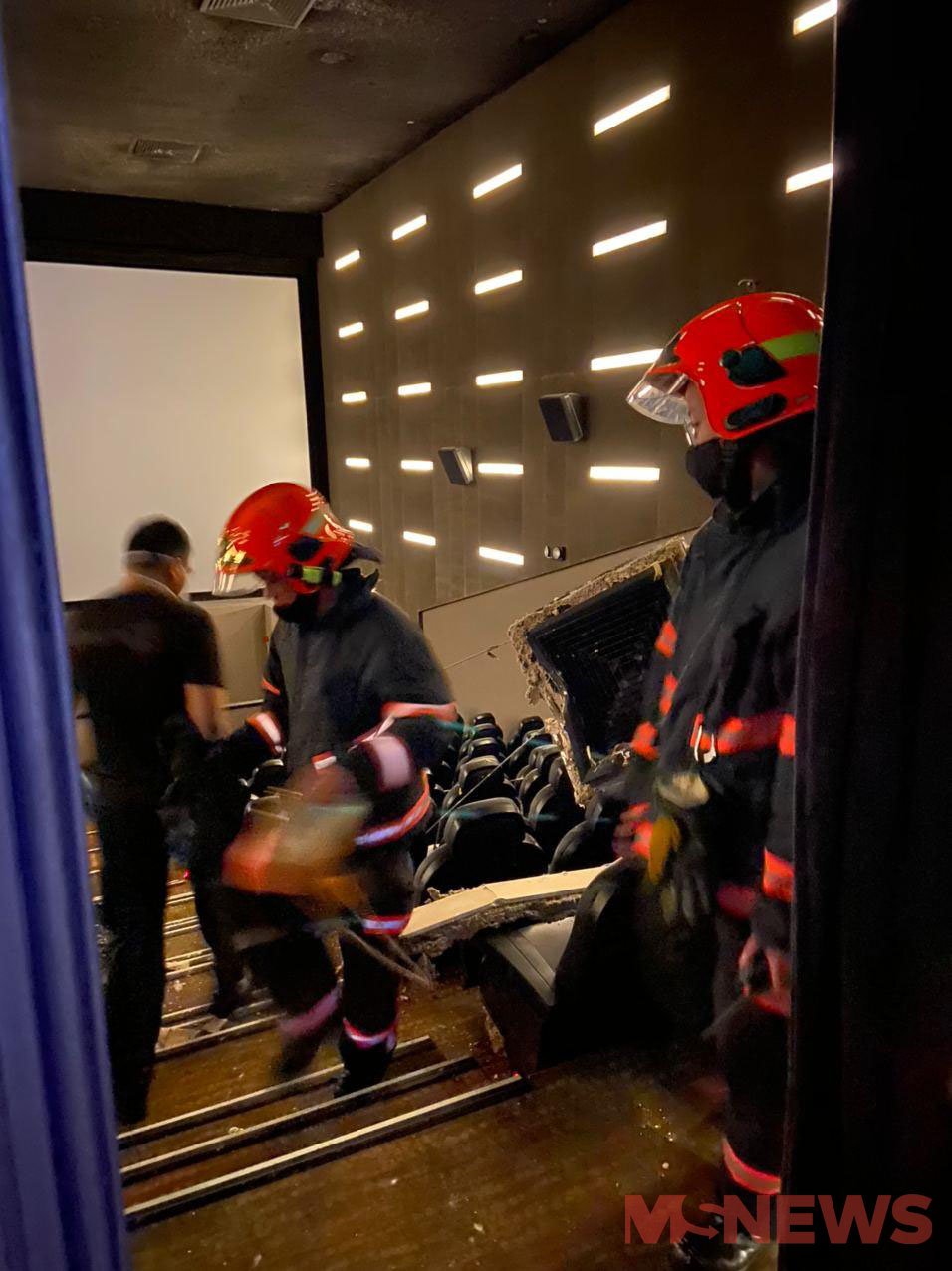 While the SCDF examined the scene of the incident, the police went around getting eyewitnesses’ accounts. 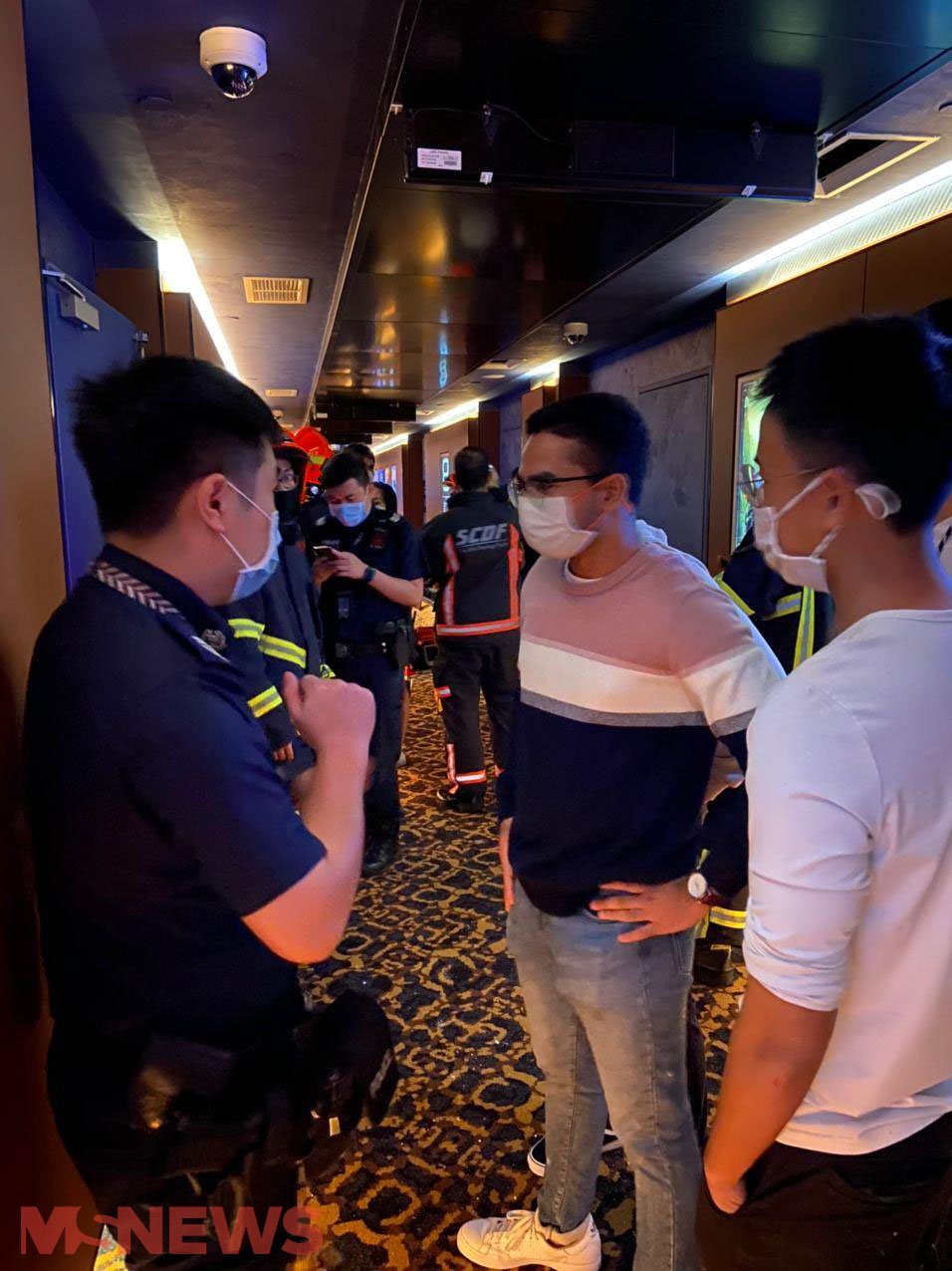 It is unclear how many people sustained injuries, though paramedics were seen transporting one moviegoer away, shared the MS News reader. 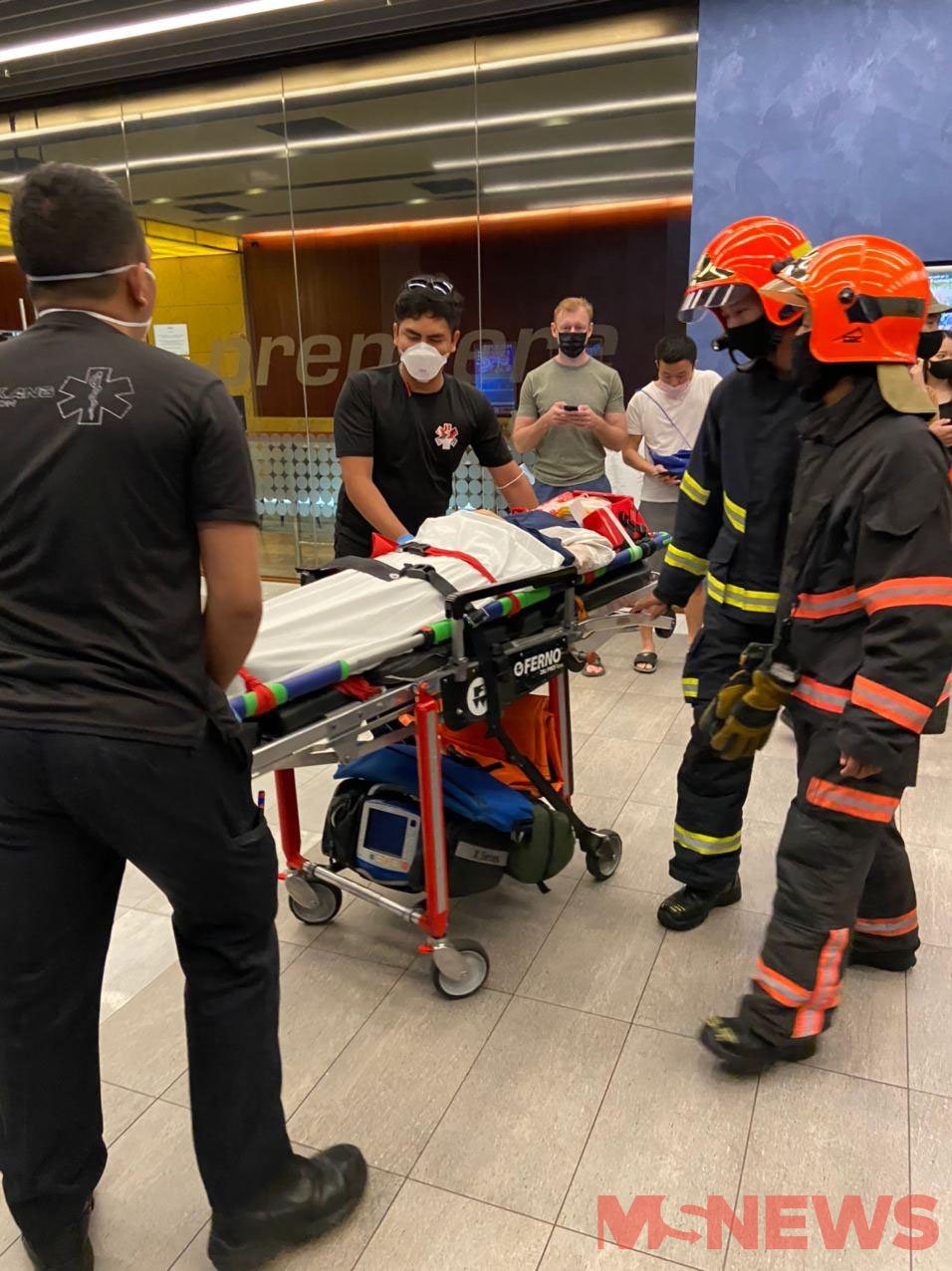 Shaken by the close encounter, our reader shared that he’s glad he managed to escape what could have been a gruesome accident.

As for the other moviegoers, he observed that while shocked, they all appeared relatively fine.

Some stood in a corner with Shaw’s management team, who may have been briefing them about getting a refund.

A moviegoer, Venkat, shared his encounter with MS News, saying,

It hurt because a piece of the ceiling hit my head, and my heart was racing. It was really confusing because we thought the sounds from the crashing was from speakers behind us.

Sebastian, a trained first aider who had also run out of the cinema hall, told MS News how he looked out for other moviegoers after making the escape.

I heard a weird crumbling sound and saw dust falling followed by big blocks falling from the ceiling. My first reactions were to cover my head. The next moment, I saw the cable holding the ventilation up hanging next to me.

His next priority was to make sure everyone was evacuated safely. Sebastian shared that he yelled, “Is everyone okay? Get out now!” before checking if anyone was trapped under the debris.

Another patron named Edwin simply expressed his utter shock, as he said,

It was totally unexpected because… how dangerous could a cinema be? We were all zoning into the movie.

NEX will investigate the case with authorities

When contacted by MS News, a NEX spokesperson shared the following statement:

NEX is aware of the situation involving a ceiling collapse in one of the cinema hall at Shaw Theatres within the mall. The authorities have been notified and we are currently working closely with our tenant Shaw Theatres to support ongoing investigations as well as the parties involved.

We are shocked by the incident where the ventilation duct in Hall 6 at Shaw Theatres nex was dislodged around 4.45pm today. Unfortunately two patrons were injured. They were quickly attended to by our staff and then by paramedics who arrived. They were subsequently taken to the hospital. Our priority is to provide support to our injured patrons.

We are also working with our landlord (Gold Ridge Pte Ltd) and the relevant authorities to investigate the circumstances thoroughly. The cinema will be closed until further notice.

Wishing those affected a speedy recovery

We hope that everyone who was in the cinema hall at the time of the incident is alright, and wish those affected a speedy recovery.

Hopefully, Shaw and NEX will be able to work with the authorities to take necessary precautions so as to prevent similar incidents from happening again.

All images courtesy of an MS News reader.