CTE Accident Causes Chain Collision, 1 Car Ended Up On Top Of Another On 28 Aug 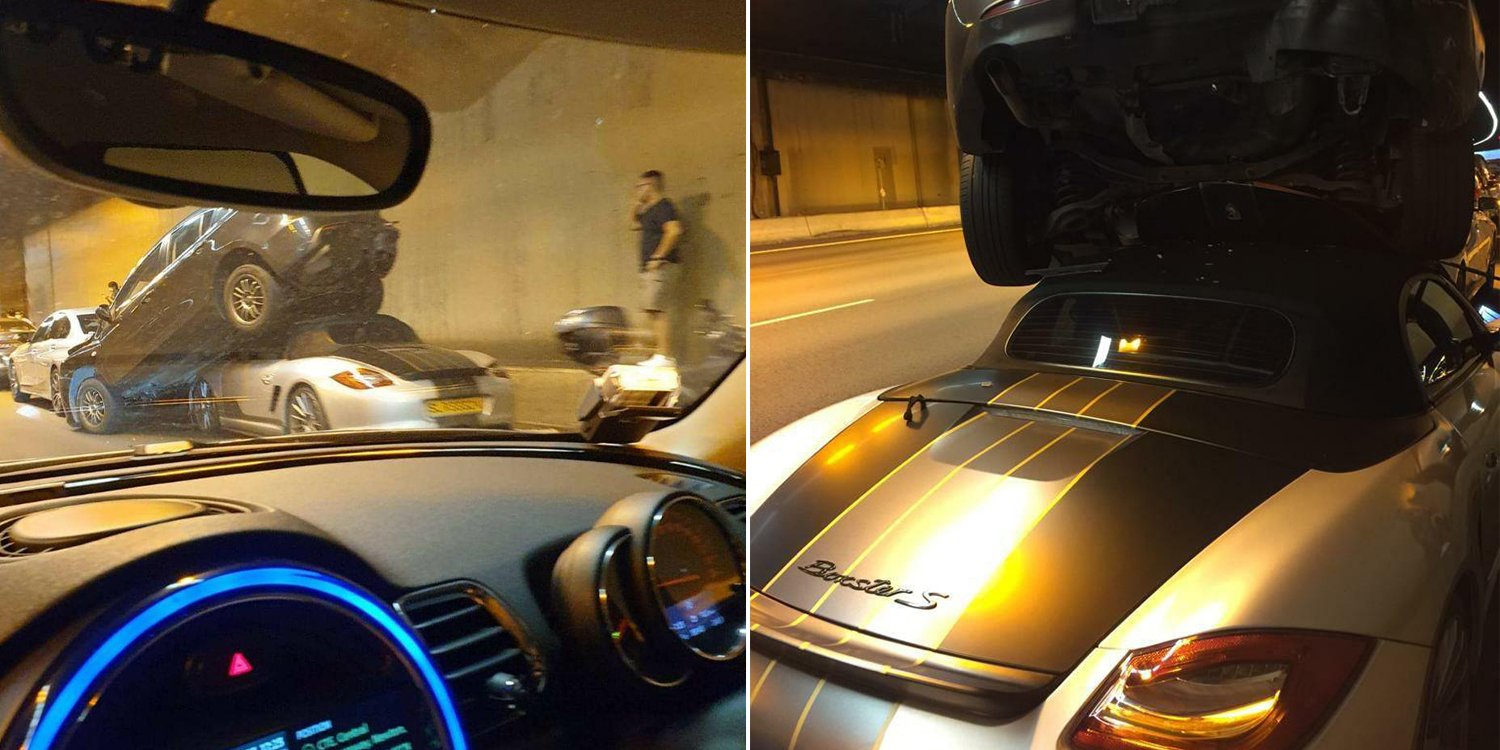 A Mazda ended up on top of a Porsche Boxer.

Road accidents still happen from time to time even though many are working from home. However, we’ve not seen a vehicle pile-up on this level in a while.

An accident on the Central Expressway (CTE) on Friday (28 Aug) led to a chain collision, 1 car even ending up on top another.

A Mazda appeared to end up on top of a Porsche Boxster S, with a 3rd and 4th car in front also involved. 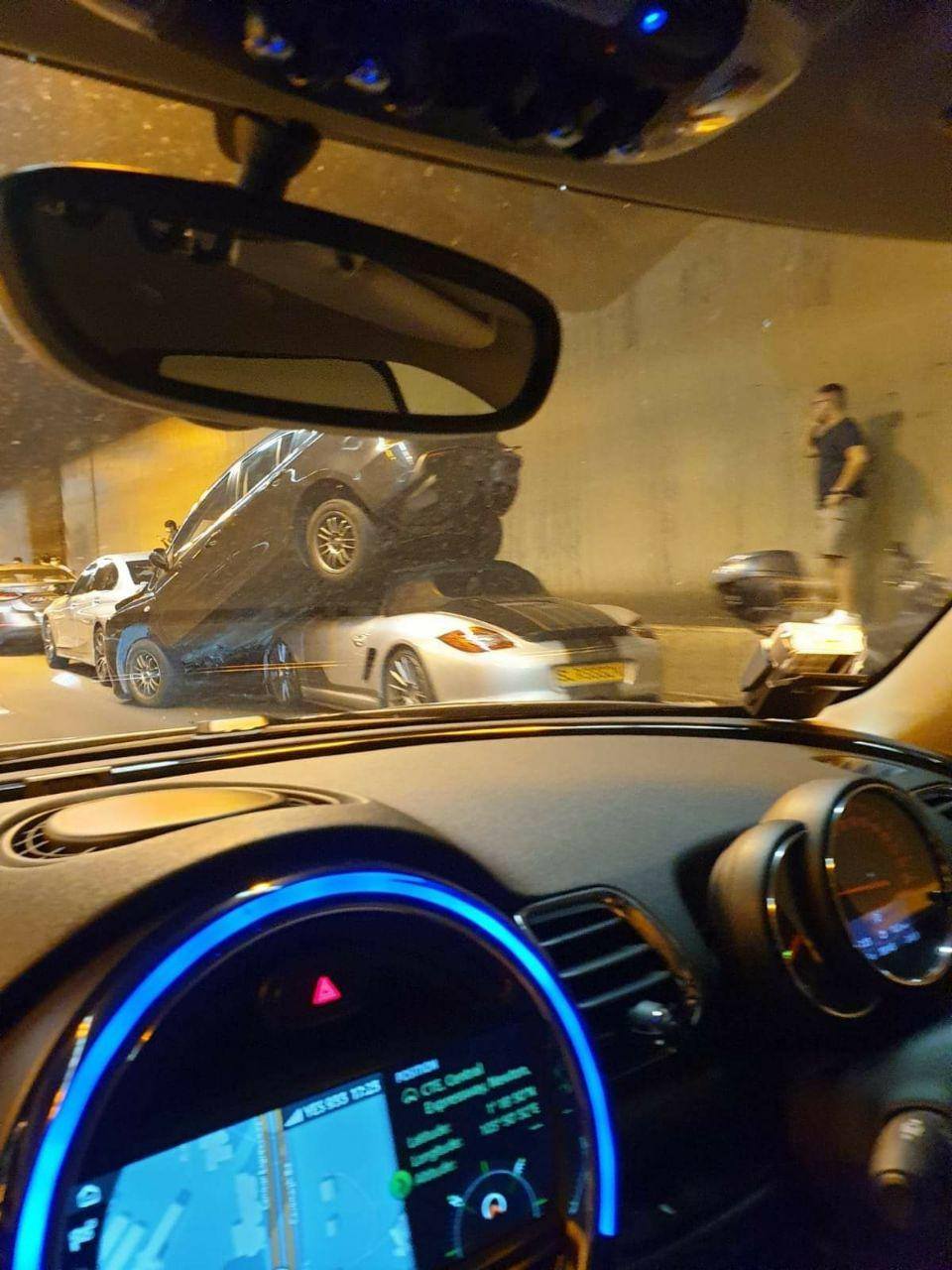 Given the collision happened in an expressway, the cars behind may have been caught by surprise and were unable to stop in time.

You can view a video of how the chain collision happened on ROADS.sg here.

The incident took place at around 5pm within the tunneled section of the CTE.

5 cars were involved in the chain collision.

The video only shows the back view of the incident, but it shows that because 2 cars collided, a 3rd car couldn’t stop in time and ended up on top of the 2nd car. Quite a number of people appeared to be affected by the collision. As the right lane is the lane where motorists drive the fastest, it’s possible that a sudden brake would cause the pile-up.

Another alternative possibility is that certain cars weren’t driving at the proper speed for an expressway, which for this CTE section is 80km/h.

The CTE sees accidents perhaps more often than not.

In Jul, a woman gave birth while stuck in a jam due to an accident.

She was conveyed to KK Women’s and Children’s Hospital safely, but if not for the jam, she might have delivered her baby in a safer environment.

Perhaps drivers might do well to drive safely, especially on the CTE.

This isn’t Wangan Midnight, after all.

We hope that all the motorists and passengers involved are okay.

According to Channel NewsAsia, 2 people – a 56-year-old driver as well as his 58-year-old passenger  -were sent to hospital while conscious.

The gravest injury might hopefully be to the cars, for those with insufficient insurance.