Get 1-For-1 Deals, Discounts On Food Plus Shopping At Orchard Road & Singapore River This March

UPDATE (21 Mar): In view of the latest measures implemented for safe distancing, the free ice-cream activation and band performance – to be held on Orchard Road on 21-22 Mar – will be cancelled.

Back in the day, our own equivalent of ice cream trucks were a lot more popular than they are now. Ice cream carts run by affable uncles would station outside crowded areas, such as schools or tourist spots.

Now, they can mostly be found in the Orchard Road area, but ice cream uncles selling old-schools like ice cream bread used to be far more ubiquitous. 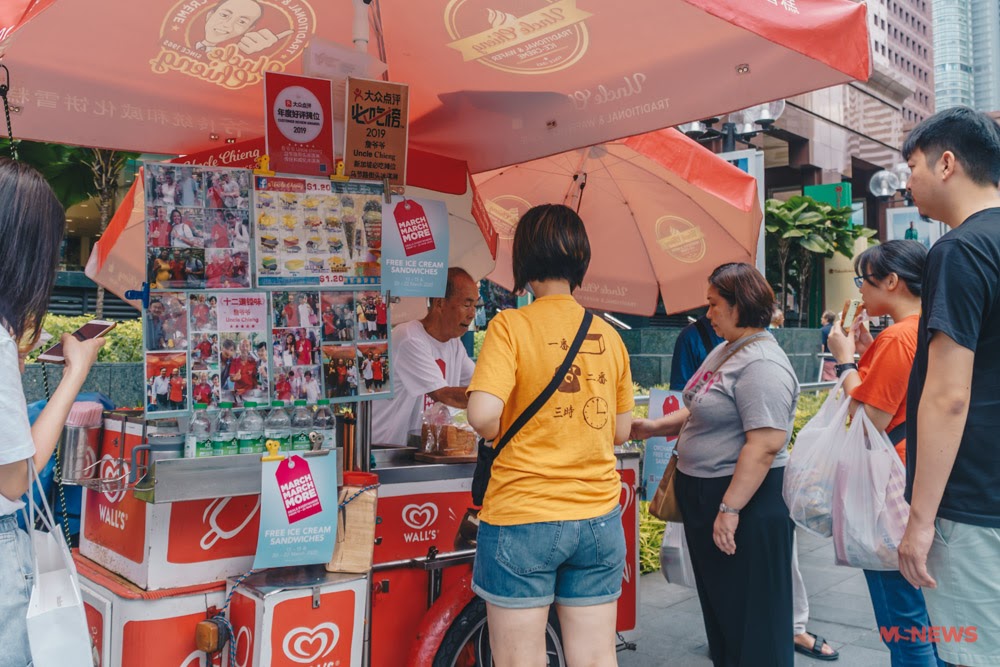 For those who’re wondering where they’ve gone: well, they were giving out free ice cream last weekend!

Here’s Uncle Chieng, serving up his traditional ice cream sandwich that many have enjoyed over the years: 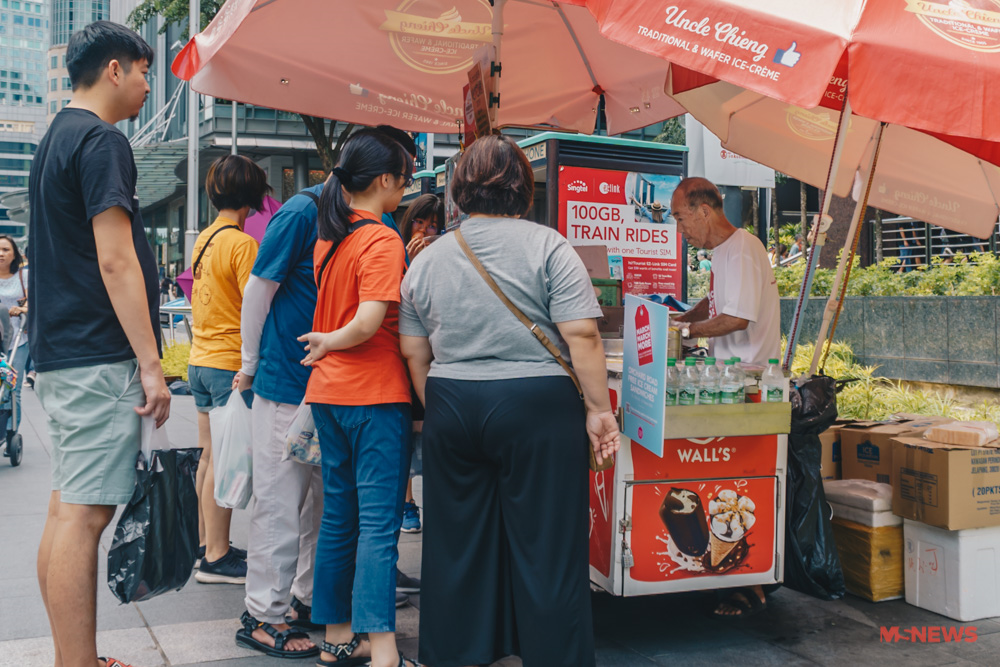 Working through Friday till Sunday, each uncle gave out 400 servings of ice cream sandwiches, making up a staggering total of 6,400. 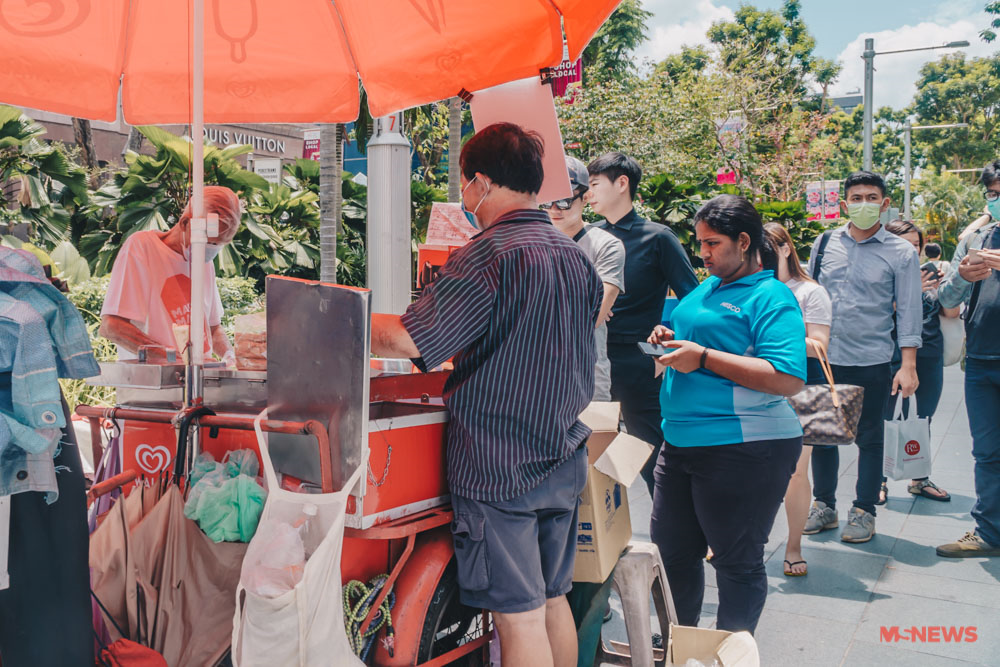 We daresay that on a hot weekend afternoon, nothing quite hits the spot like a frozen treat.

Fret not if you missed the free ice cream, because they’ll be giving them out again this coming weekend (20 to 22 Mar)!

*One of the uncles only gave out free ice cream on Saturday and Sunday.

Of course, going to Orchard Road just to queue for ice cream and then heading back into your nest doesn’t sound all that logical. After all, you’ve dressed up and braved public transport just to get there, so why not stay for a while?

March March More is an island-wide initiative where you can get 1-for-1 deals as well as tantalising discounts from several outlets across Singapore.

For starters, there’s free parking available — here’s a list of Orchard Road malls which offer them: 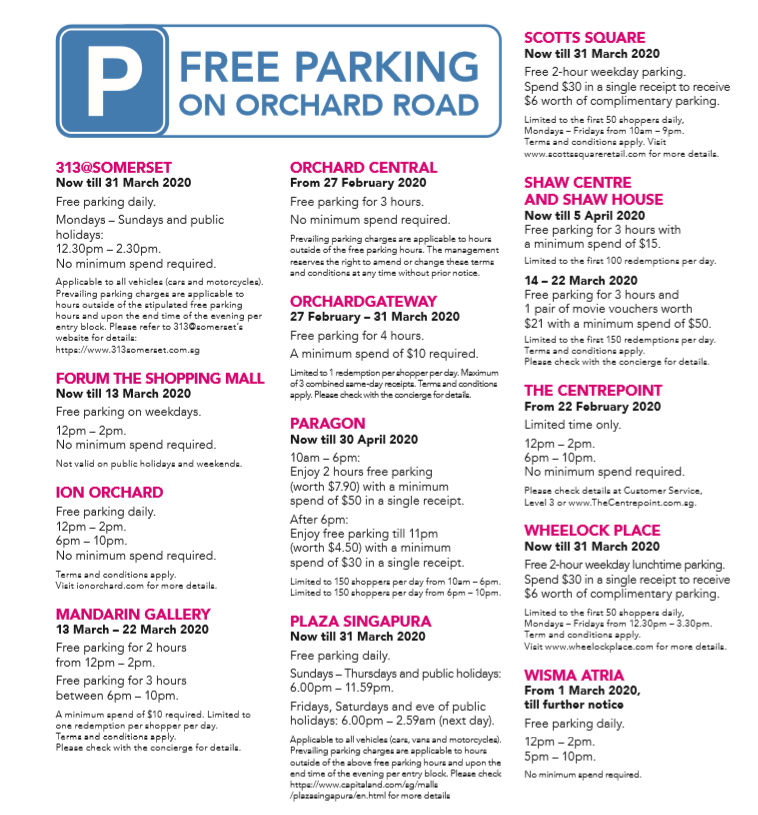 The deals are available at all the malls you can think of, from ION Orchard to Paragon and more — shop, eat and get retail therapy to your heart’s content this month. 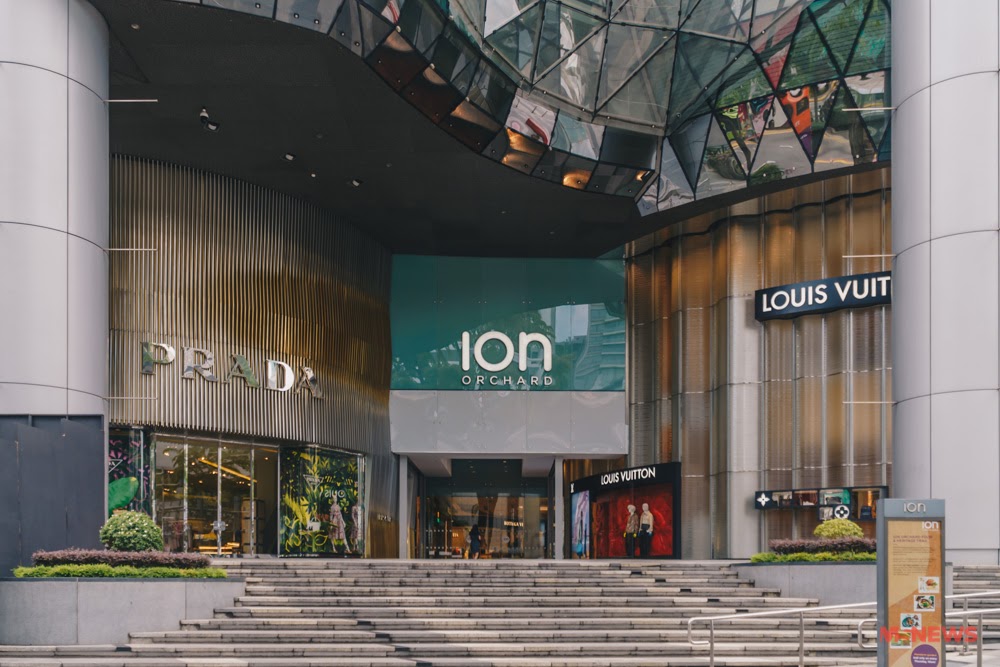 And one particular sweet deal comes from none other than LiHo at Clarke Quay Central, who’ll be offering 1-for-1 for their drinks from 2pm to 6pm on weekdays. 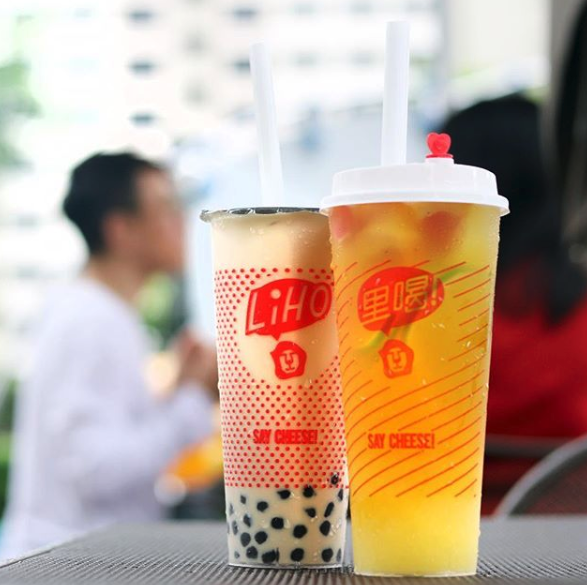 Even if you’re not in the town area, there are islandwide deals too — Harry’s, for example, are offering 1-for-1 deals until 3pm at all of their restaurants.

Use those cancelled vacation plans on staycations & river cruises

As more countries close their borders or impose additional restrictions on visitors, that vacation plan to Australia, Japan or Korea has probably gone up in smoke.

So what about a staycay instead? Mandarin Orchard Singapore has 1-for-1 rooms this March, while Novotel has rooms for $178++ per room per night. 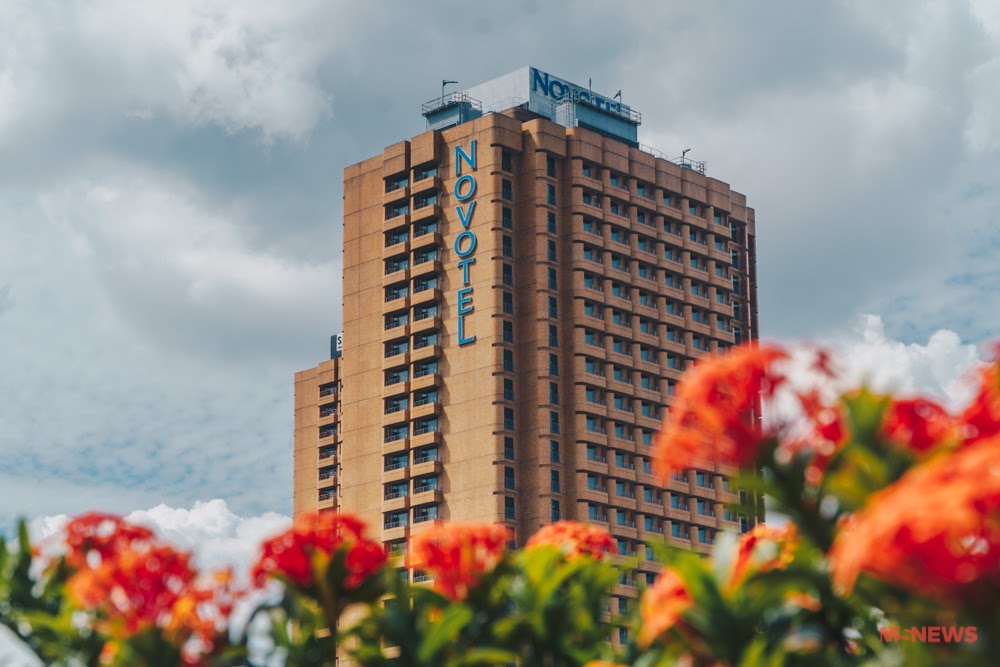 While you’re at it, why not take a ride on the Singapore River cruise, which is going for $5 per ticket and $10 for a group package of 4 until Sunday (22 Mar). 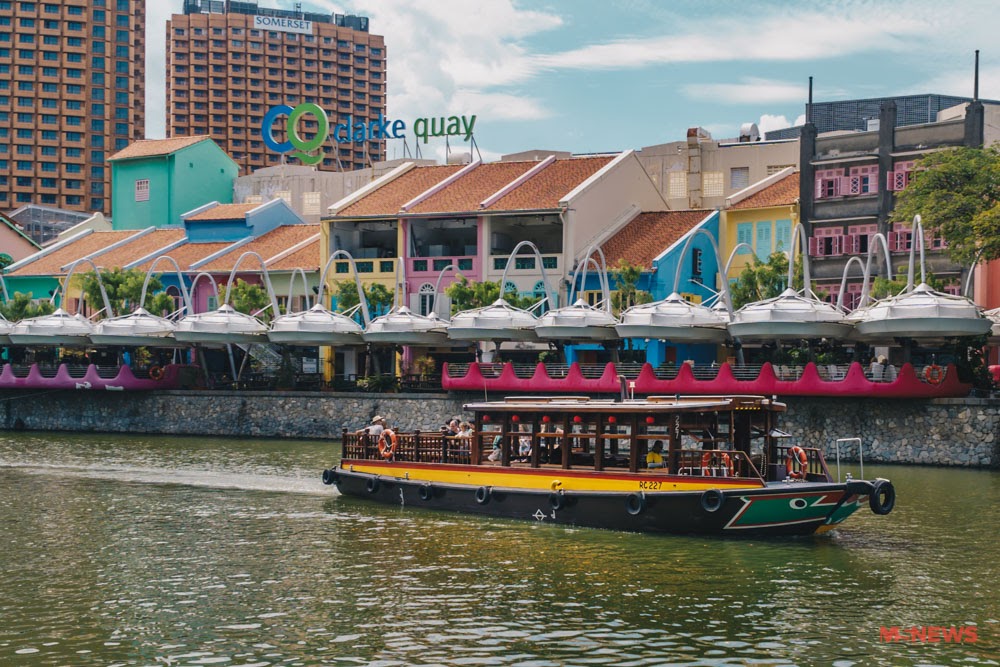 Nothing says staycay like a good cruise down Singapore’s most iconic river. 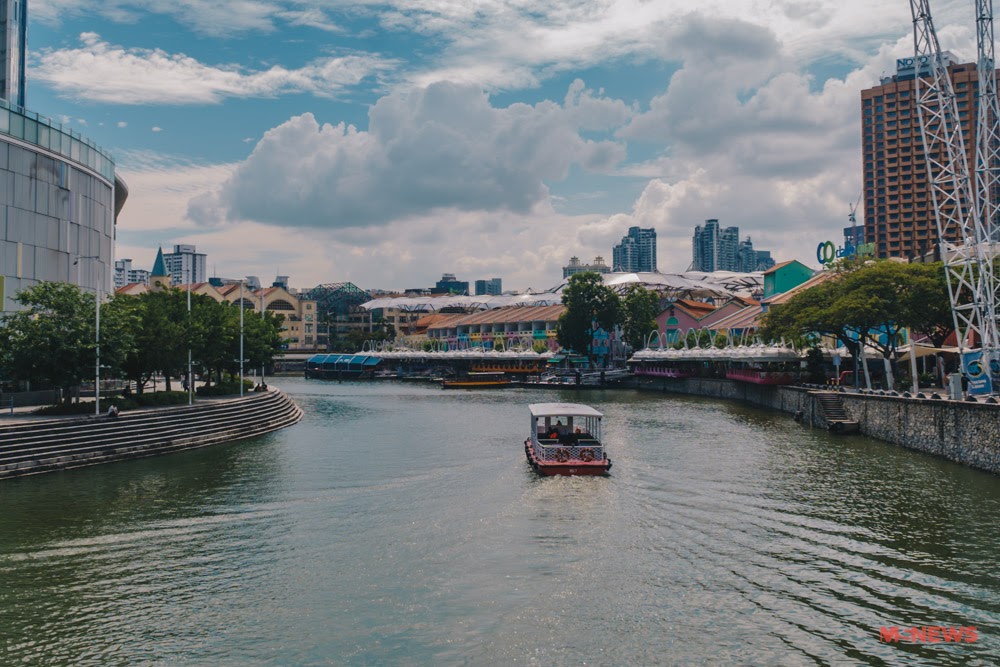 To get the full trip experience, don’t miss out on Thai massages (1-for-1 30-minute neck and shoulder massage at Sabaai Sabaai) and drinks at bars like Mogambo (1-for-1 on House Pour Spirits by the glass).

Stay where the heart is this March with March March More

They’re joining together to revitalise the Orchard Road and Singapore River area, and paying homage to our sometimes-forgotten ice cream uncles at the same time. With this, you can get a dose of your childhood while supporting our retailers in town and beyond.

This post is brought to you in collaboration with March March More.

Featured image adapted from Instagram, and photography by Kenneth. 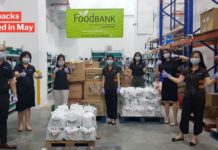